GVN Interview With ‘Too Rough’ Director And Screenwriter Sean Lionadh 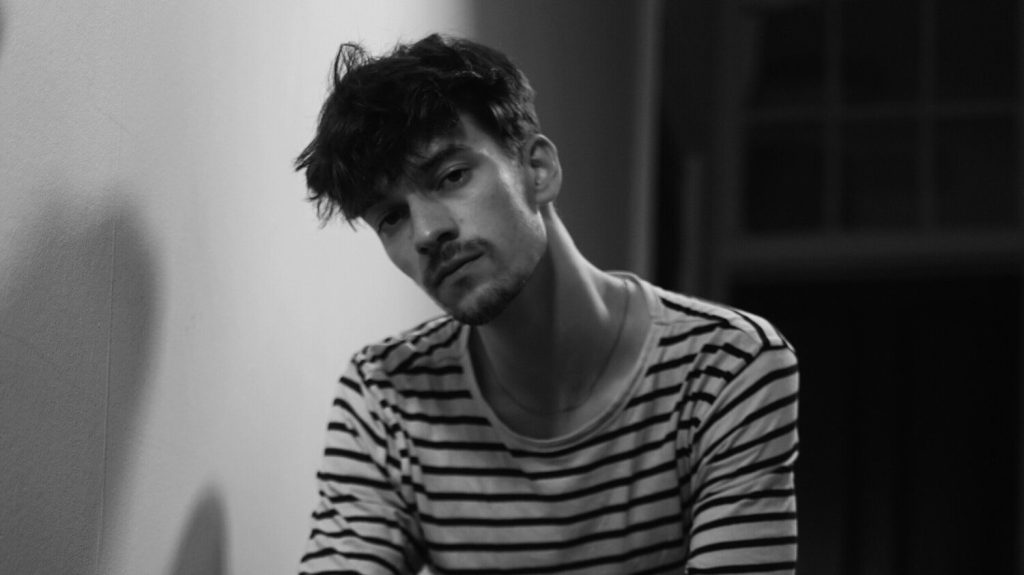 Last year, Sean Lionadh’s short film. Too Rough, took the film festival circuit by storm. Since debuting at SXSW 2022, the film has won 24 awards, including a BAFTA Scotland and a BIFA award.

Lionadh spoke with Geek Vibes Nation about his award-winning short film, his creative process, and what he’s working on next. 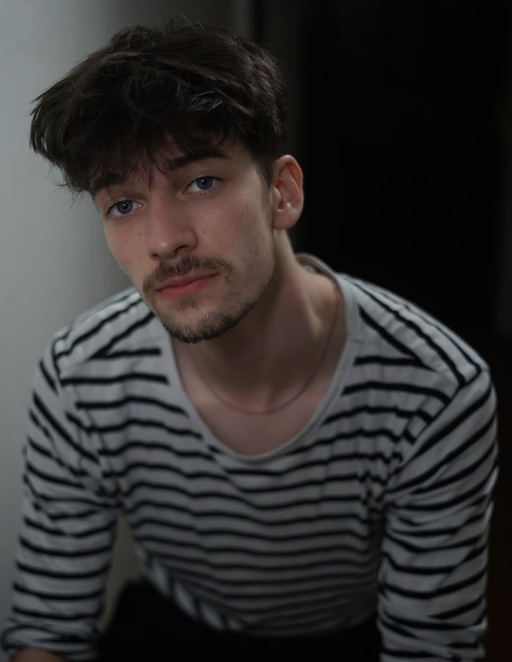 Hello Sean! Thank you so much for taking time to speak with Geek Vibes Nation. How does it feel, as a writer and director, to have something you’ve worked so hard on out in the world? Also, because it’s so personal, how does it feel to have it out there for so many people to judge?

I don’t know any other way to create my work than to explore myself and use my life to write these characters and these stories. I don’t know that any artist can really care about their work unless they put a part of themselves in it. I’ve always felt sort of fearless when it comes to my work and how I tell my stories.

You’re a very prolific creator. You’re a filmmaker, a poet, you’ve done TED Talks, and you’ve worked with the BBC. Could you talk about what sparked your creativity and how that led you to where you are now?

I always wanted to be a writer. It felt like a bit of a superpower to me. It felt a little like playing God, I guess. I think that art and storytelling are ways of accessing truth. It’s a way of finding order and truth in the chaos and pain of life. It was never an option for me. I just had to write and create work. Otherwise, I’d go crazy. There’s a quote from Franz Kafka “A writer that doesn’t write is a monster courting insanity.” And it’s so true. When I’m not creating or engaging with other art, I sort of wither on the inside.

How did you about transitioning this story from a lived experience to dramatized narrative? What was that creation process like?

It was an interesting experience. I think a lot of the time when you have really high emotions attached to an experience you can be quite precious and you really can’t be precious in screenwriting. There are rules you should follow to respect your audience, so I think it [requires] accessing that part of you where that emotion and that feeling meets logic and meets your intellect as a storyteller. I think that good art and good work it’s the line where heart and mind meet. That’s the way I think of the process 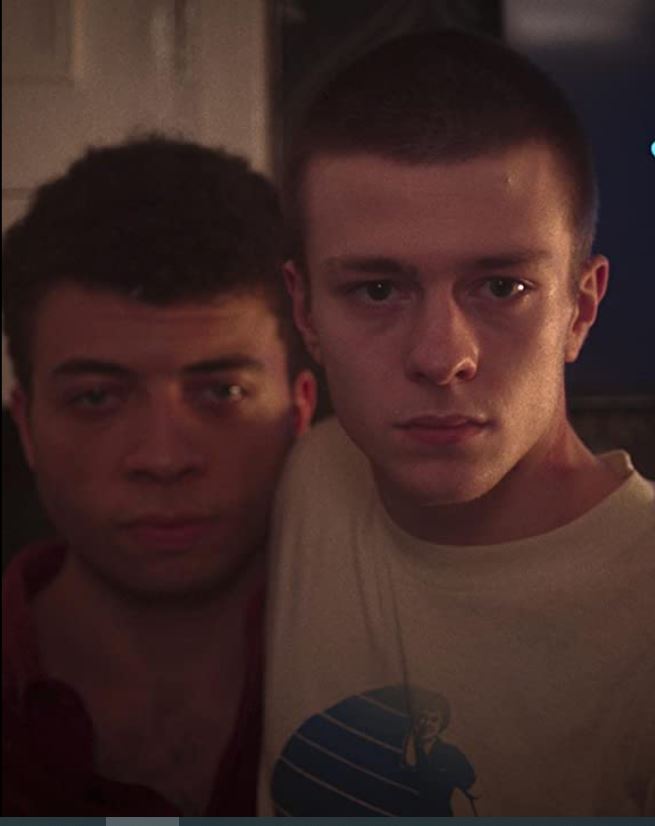 I really loved all the actors in the film, especially the two who portrayed Nick and Charlie. What was the casting process like?

We worked with a casting director. I’d never worked with a casting director before, so that was lovely. It was obvious to me from the first clip that Ruaridh [Mollica] was going to be Nick. There was just something in his eyes and it just clicked.  Casting Charlie was a little bit harder because I wanted to stick with Scottish actors—mainly because I don’t really trust anyone else to do a Scottish accent—but, I was proven wrong because we reached further out to London and found Joshua Griffin and he did an amazing job.

One of the major themes of the film, and the one that stands out the most, is the message that you’re never “too rough” to be loved. What would you say are some of the other themes and takeaways you want audiences to leave with?

You’re right about that theme. The core of this film to me that being afraid that if someone finds out about you they’re not going to love you and they’re going to leave you. Most of the time what makes relationships not work is when you try to hide and you put up blocks and have defense mechanisms that’s what kills relationships. I wanted to show that [Nick] has been traumatized by his childhood and his home life. When we see him we see how this had made him strong, mature, and good in a crisis. We that within that trauma is a strong, loveable person. As soon as he lets that out, that’s when Charlie gets it and that’s when the love actually happens. The connection happens because the wall has come down. I want to show the wall that [Nick] has put up being destroyed.

I noticed while watching the credits that you were the editor in addition to writing and directing. I’ve noticed that many young filmmaker wear many hats. What was that like for you? What advice to you have for other filmmakers having to do the same?

I didn’t want to give my film away to be edited by someone else. I feel like the editing process is when you get to stitch all of your hard work together and see the beautiful fruits of it. I didn’t like the idea of someone else getting that excitement. That’s not to say it’s not difficult, but I love editing. I enjoyed getting to do that. Filmmaking is a collaborative process. I think that if you have a strong vision, it will come through whether you handle every aspect of your film or whether you bring in others. As long as the vision is strong, it will stand up against interrogation 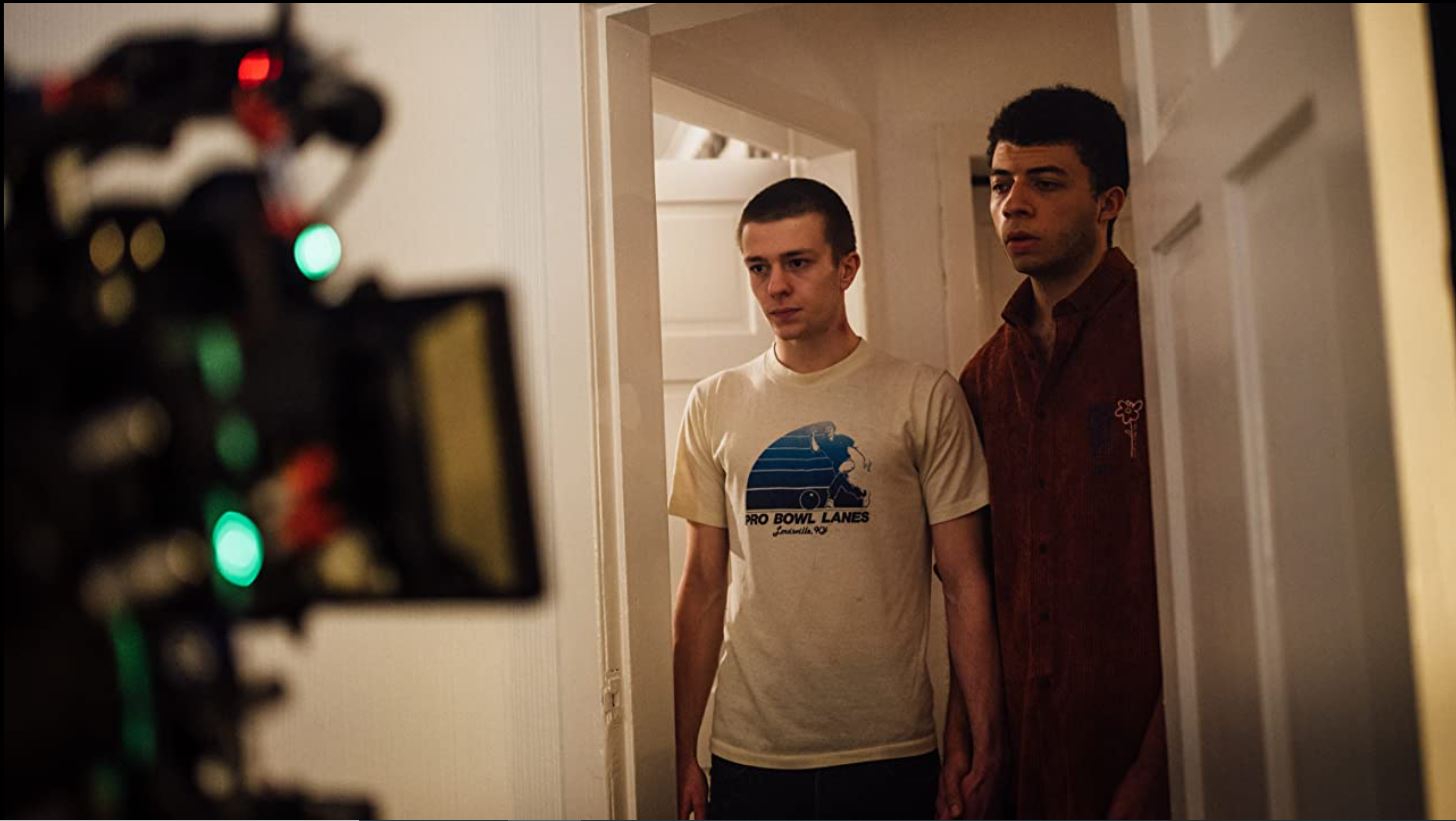 What can you tell us about your next project?

I can’t say much but I’m very excited for it. I think it’s going to be the biggest undertaking of my whole life so far. It’s a feature about two young men in Glasgow who fall in love and end up invoking a supernatural entity that feeds on their relationship. It’s starts out as very benevolent and weird, but then their relationship takes a dark turn, and so does the entity they’ve created

What sounds exciting? Is the script complete? Are you going into production soon?

Too Rough follows Nick (Ruriadh Mollica), a young gay man who, after a night of intoxication wakes up next to his boyfriend Charlie (Joshua Griffin) and must conceal him from his homophobic and dysfunctional family. 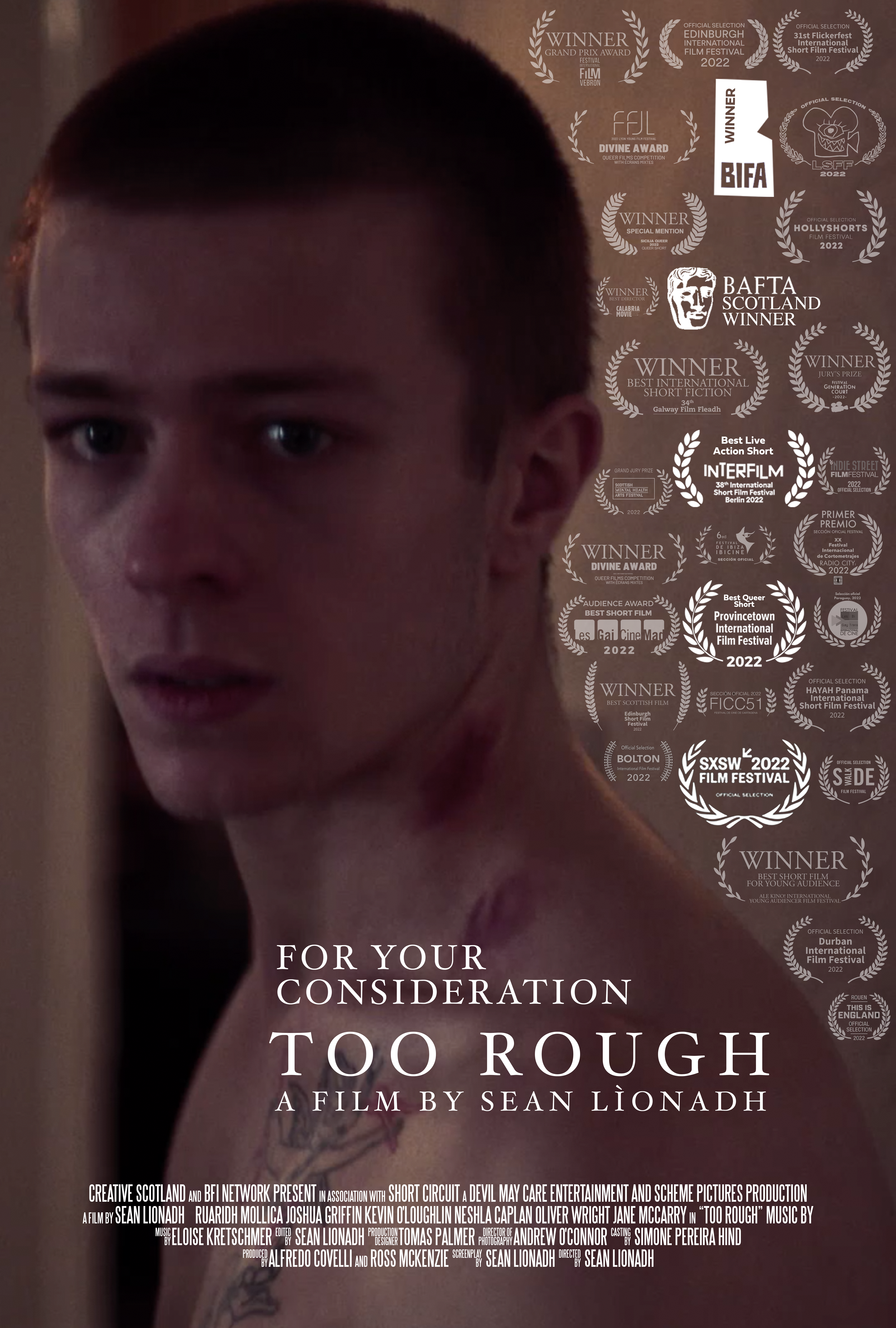