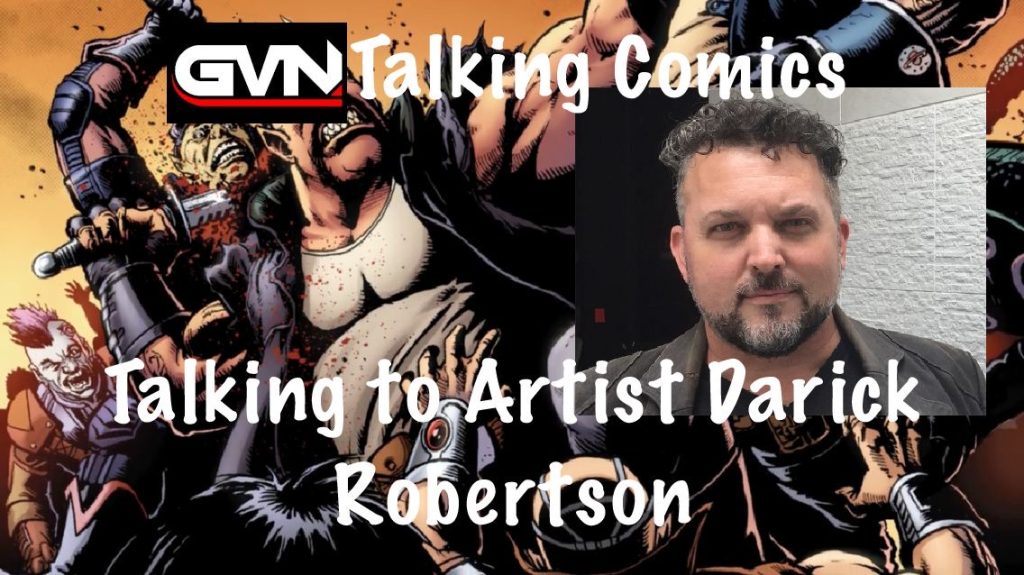 If you were to ask fans about artist Darick Robertson, many would mention his work on The Boys or his work on various titles for Marvel or DC. With the talent Darick has shown, it might be no surprise that he has been displaying his wares since he was young. In fact, he had his first published work at the tender age of 17. From there, he continued to shop his talents, working for indie publishers such as Eclipse, Malibu and Innovation. The latter was where he given the opportunity to illustrate the Child’s Play 2 movie adaptation. His work on that title lead to his first major illustrating job drawing several DC Comics’ Justice League titles. He was an old man of 22 years old at the time.

After that, his talents attracted work from both Marvel and DC as well as other publishers and he continued to be in demand. His work on The Boys put him in another stratosphere with fans. These days, he is working with his creative partners Joe Aubrey, and Eric Peterson on a title that has garnered great reviews and excitement, Humanoids Space Bastards. It has been so well received that they have launched a new Kickstarter for a Vol. 2. So let’s take a moment to talk about it with the hugely talented Darick Robertson.

GVN: Thanks for giving us  a few minutes, Darick. So let’s jump right in to Space Bastards. When talking to both Joe and Eric, they expressed that while they have worked a long time on Space Bastards, it really took off after you became involved. How did your collaboration with Joe and Eric come about?​

DR: I met Eric through a mutual friend at SDCC years ago, and he was already into his Kickstarter project for the original incarnation of Space Bastards. We got to be friends and later, he and Joe approached me about providing covers. They were so pleased with the covers that they made me an offer to come on board a fully funded project as a co-creator. Knowing the project and their passion for it, I accepted. From there, I redesigned the characters and the world visually. After that, I got under the hood with them on the script and and we set about making the world of the Space Bastards together. 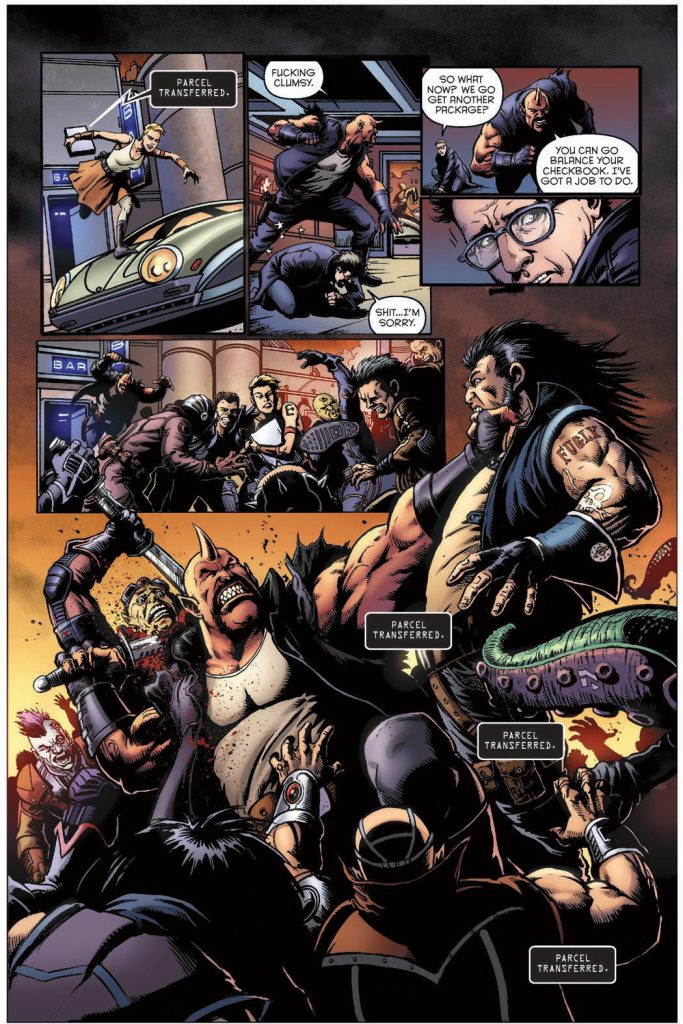 GVN: Well it certainly worked out. The reviews for Vol.1 have been extremely positive. Even more so with the partnership of Humanoids. So when you’re considering to work on a new project like Space Bastards, if you had to rank them, what is the most important? A great relationship with the writers, a great story, or the freedom to interpret the look of the characters?

DR: All of the above, but mostly it’s the connection with the co-creators. If we start from a collaborative, fun and friendly place and I like the idea that’s important. In addition, if I can tell what I can bring to the project, it makes huge difference. But mostly, it comes down to the feeling like, if we met as kids, would we play action figures in a sandbox together? That feeling of free and unlimited creativity that I had as a kid, I’m always looking for that spark.

GVN: That kind of creativity certainly shows through. I hadn’t thought about it like that before. Some of the scenes in Space Bastards kind of lean toward that kind of almost childlike energy. Yet, mixed with the almost Tarantino like over the top exaggerated violence. It certainly works and has been greatly received. 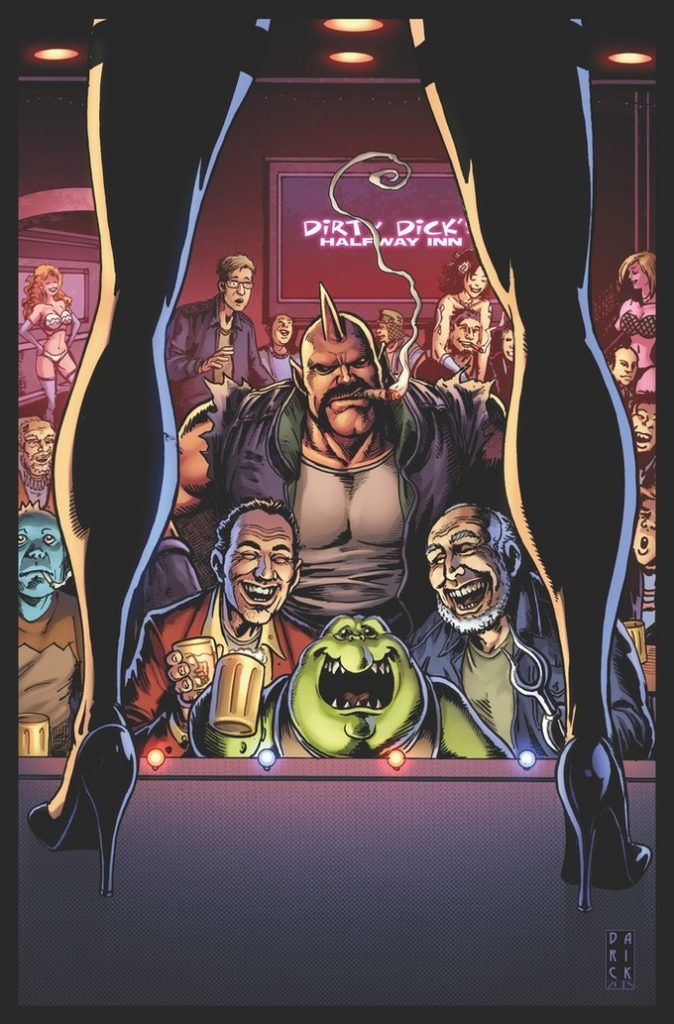 Thank you so much for giving us some of your time, Darick. I know you are a busy man so let’s wrap this up with a final hypothetical question. Space Bastards has become so well received that an offer has been made to introduce a crossover between Space Bastards and another title…from any publisher. Who do you think the characters in SB would be a good match for?

​DR: Well, in a perfect world,  I’d love to see a team-up and a eventual fight between Lobo and Manicorn. It would be epic.

GVN: That WOULD be a classic fight. Thanks again Darick and we will be following the Kickstarter for Space Bastards, Vol. 2 with great interest. It should continue to be fun.

You can check out the Kickstarter for Space Bastards, Vol 2 here. Also look for our interviews with Co-Creators Joe Aubrey and Eric Peterson, here at Geek Vibes Nation.