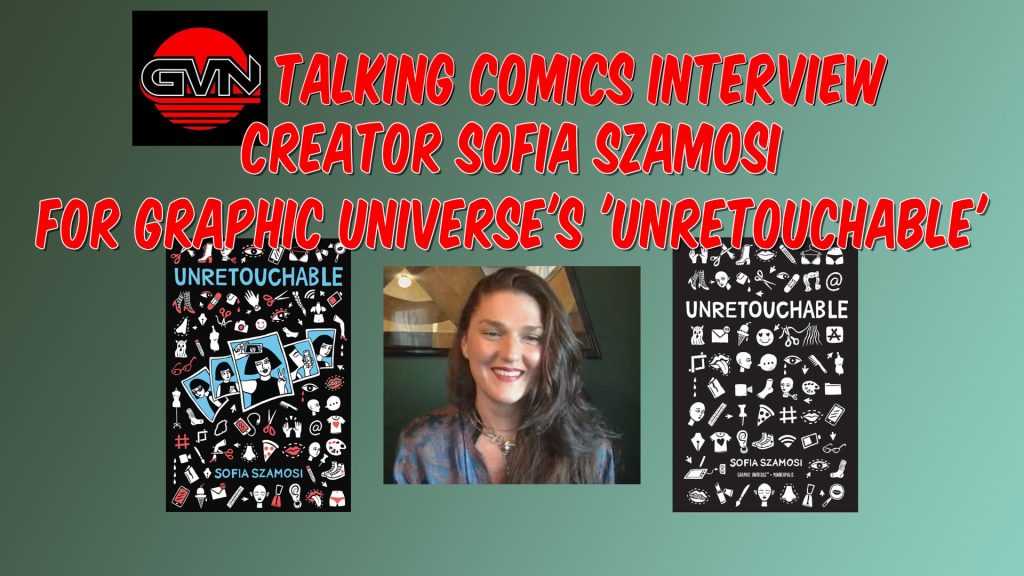 In an age of social media and the want for people to judge by appearance, it is easy to get lost in that need for acceptance. But what is it that sets the standard of what is or isn’t attractive, or trending? It is this topic and more that creator Sofia Szamosi explores in her new graphic novel Unretouchable.

Coming out on September 6th through Graphic Universe (an imprint of Lerner Publishing Group), Unretouchable tells the story of Olive. A talented young lady who gets an opportunity before going to art school to learn about fashion photography and all that goes into it. Including the idea that everything that you see online and in magazines are not always what they seem.

In UNRETOUCHABLE, Olive is spending the summer before art school at a coveted internship, helping one of the fashion industry’s elite digital-imaging specialists. After a glamorous New York photoshoot, she learns that taking pictures is only the first step. She discovers the “violent verbs” (cut, crop, slice, lasso) of image retouching software and the secrets behind “virtual models.” Soon Olive is fixating on her own appearance and pondering the ethics of her work behind the scenes. As college gets closer, she’ll try to get out of her own head, attempt to quit the Internet, and finally embrace image-making on her own terms. UNRETOUCHABLE is a window into the little-known, hugely influential world of photo retouching and a tribute to self-acceptance.

Recently, we had an opportunity to talk to Sofia about her beginnings, her love of creating through painting, film and photography, her work with her cousin Sadie Radinsky and of course, her new book Unretouchable. So, let’s welcome Sofia Szamosi to GVN Talking Comics.

GVN: Thank you so much for sharing some of your time Sofia. Since this is our first chance to get to know you, let’s start with your beginnings. When did you take an interest in Art/Photography/Cartooning and whose work inspired you to believe it could be something to aspire to?

SS: I have always loved making art. I spent hours drawing every day when I was a kid. As a child, I really liked dark things that I thought were for big kids, like R. Crumb and H.R. Giger. My bold, black and white illustration style in my debut graphic novel, Unretouchable, was definitely inspired by such greats as Marjane Satrapi and Alison Bechdel. Unretouchable tackles social media, body image, and the manipulation of the images we see, through the lens of 18-year-old Olive as she embarks on an internship with a photo retoucher at a fashion magazine.

GVN: In my research for this interview (mainly on your website), I found that you are quite courageous and bold in your art and not afraid to “make a mess” in pursuit of your diverse creativity. Especially when it came to photography and video. What motivates you in that creation and do you start out with a specific theme or message you’re trying to convey or is it more random initially?

SS: It’s true that a lot of the art I made in my twenties involved mess-making; I “tarred and feathered” myself, covered myself in food, and did a lot of painting — which can be very goopy. I like to make art with my hands / get my hands dirty. I think I enjoy the process in a way that’s similar to Giorgio, Olive’s mentor in Unretouchable — who tells her he finds respite from his job looking at screens all day by making one-of-a-kind paper collages with his hands, which he calls his “unretouchable” art.

GVN: Among your recent works was doing illustrations for Sadie Radinsky on her book “Whole Girl: Live Vibrantly, Love Your Entire Self, and Make Friends with Food.” How did this collaboration come about? 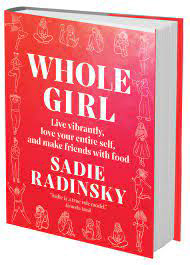 SS: The wonderful and industrious Sadie Radinsky is my cousin. She has been writing a teen empowerment and healthy cooking/baking blog since she was THIRTEEN. I was so excited when she asked me to make illustrations for her first book, Whole Girl, which is all about embracing and nourishing our whole selves and showing that “whole girls” come in a lot of different bodies.

GVN: Now let’s talk about YOUR upcoming book Unretouchable. This is a delightful book that I found quite relatable. Even to a 60-year-old guy. But we’ll circle back to that. But first, what inspired this book and its honest and at times humorous look at the issues of self-image and trying to conform to other people’s idea of what is attractive?

SS: Thank you! This book was inspired by an actual internship I did in 2016 with a photo retoucher friend in NYC. While doing the internship and submerging myself in the world of digital image manipulation, I became increasingly alienated / fascinated by the worlds of fashion, advertising and social media, and how these big industries were affecting my own personal body image. It was an eye opening (sometimes intimidating) peek into a foreign world — and it wound up totally changing the way I looked at digital images: advertisements, social media, and even my own selfies.

GVN: I said this was relatable to me and it is. Mainly, as the father of twin girls, I watched as they went through their “Selfie” phases. Not to mention some self-esteem issues and their concern about what “other” people might say about their appearance. Fortunately, they had the benefit of strong advocates, especially their mother who taught them to be proud of who they are. Very much like Olive’s mother. Unretouchable “touches” on many different aspects. From social media’s influence on what and what is not acceptable, to the over reliance on our devices, to body image concerns. However, if you had to choose just one lesson that could be learned through Unretouchable, what would you want that message to be? 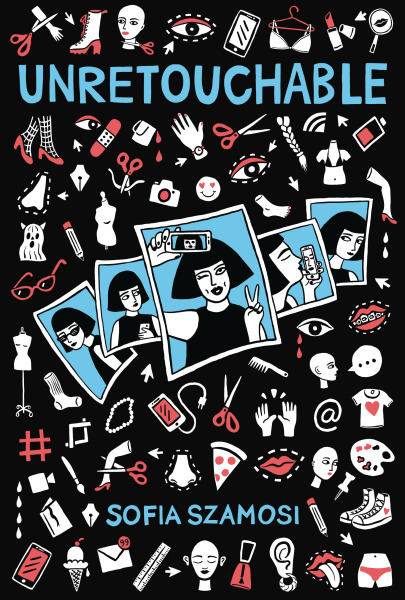 SS: You’re right, Unretouchable does address multiple issues that I think are interwoven: the toxic aspects of advertising and social media, beauty norms and how they can affect body image, and ultimately how to live authentically… What living authentically means in 2022 will be different for everyone. I wanted the book’s main character, Olive, to grapple with these issues in a way that was relatable — not as a role model, but as a fellow young person finding her way in the world. To some extent, she’s stuck inside these systems, but she’s doing her best — noticing her own experiences, listening to others about theirs, figuring out how to be a conscious consumer and creator of images, and deciding what authentic means for her.

GVN: Thank you so much for sharing a bit of your time, Sofia. Before I let you go, I want to give you an opportunity to discuss any other projects and where people can visit you online?

SS: Thank you so much as well! I’m very excited about my second graphic novel, which I am hard at work on as we speak… but it has to stay a secret for now! Check me out here: www.sofiaszamosi.net; IG: @sofiaszamosi and on Twitter: @sofia_szamosi Thanks 🙂

Graphic Universe’s Unretouchable by Sofia Szamosi releases on September 6th and can be found where great books are sold.