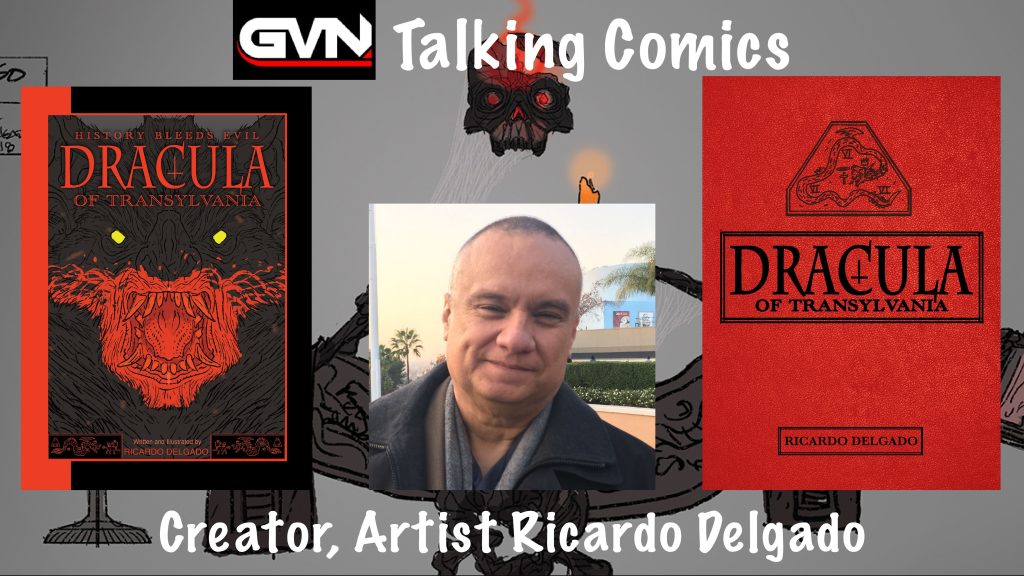 Ricardo Delgado has done about every in the entertainment field. He has done conceptual art for just about every major studio and for some high profile projects. Films like Apollo 13, Avatar: The Last Airbender, The Incredibles, Men in Black, and Wall-e to name just a few. If that wasn’t enough, he has  also produced some great graphic novels including his acclaimed Age of Reptiles books which are beloved for the jaw-dropping gorgeous, prehistoric storytelling. Now he has decided to take on the King of Vampires in History Bleeds Evil: Dracula of Transylvania which launches its Kickstarter Campaign on February 22nd. With that in mind, we are please to welcome Ricardo Delgado to GVN’s Talking Comics.

GVN: We thank you so much for your time Ricardo. It is a great honor to talk to you.

GVN: You have had a great career working with a who’s who of Hollywood as well as producing great comics. Now you are tackling an iconic literary character in Dracula. What made you decide to take on his story and what was your first introduction to the character?

RD: Well, early in my career I spent a lot of time with some great storytellers, auteurs really and they inspired me to want to tell my own stories. Steven Spielberg, John Landis, Jim Cameron, Ron Howard, to those guys the project was all about the story, and it rubbed off on me. Later I worked with the great Disney Feature Animation directors like Kirk Wise, Gary Trousdale, John Musker and Ron Clements, and it was the same song if you will: story, story story. So when I decided to start this project, it was all about the story. I asked myself, ‘what would I like to see in a new version of the Dracula story, and came up with a sprawling adventure that retains the elements of classic horror. Proud of what I’ve been able to come up with. It’s fresh, original and terrifying. 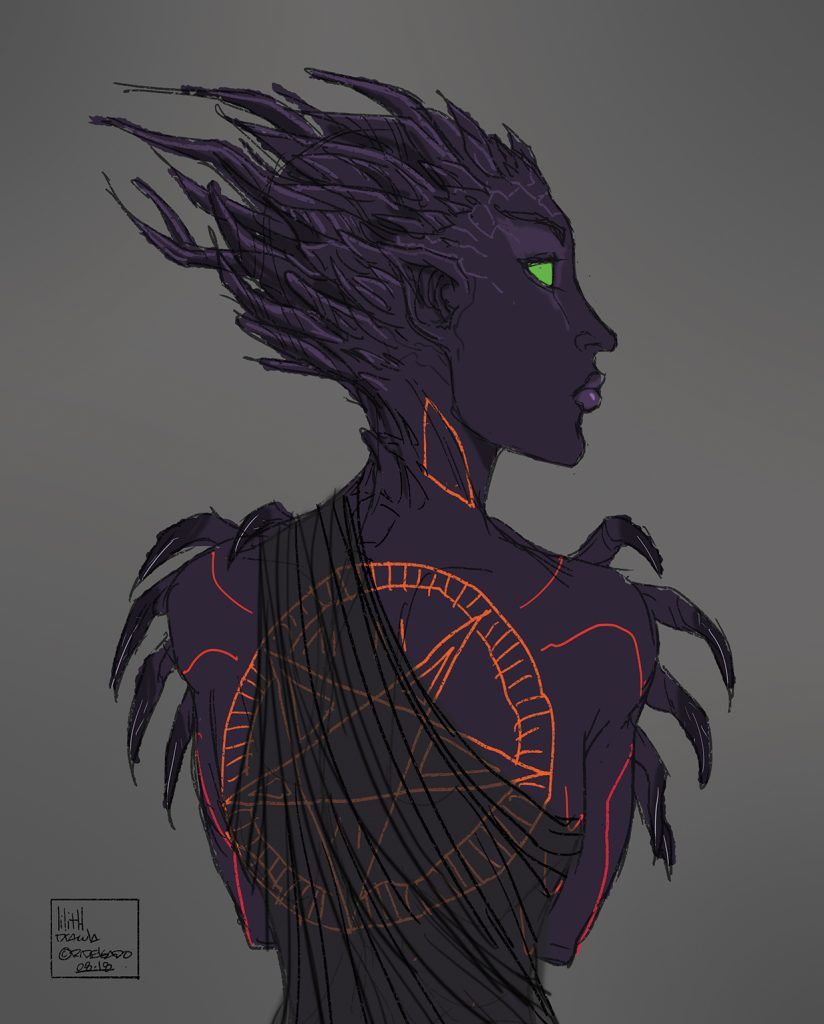 GVN: For those who may be too young to be familiar with Bram Stokers original story, is there any part of that narrative that you will be including or does your work go completely outside the box?

RD: Yes, on many levels. There’s more time spent in Dracula’s castle, something that has been attempted before but not at this scale, as well as significantly expanding the supernatural world, the idea that vampires are not the only things out there. Also the history and the lore of that world and how it fits comfortably into actual history, which I’ve annotated to sync up with recorded historical events and dates. It’s all very informative, fun and scary as hell, haha.

GVN: Throughout the years, there have been many different adaptations of Dracula. Did any of these different versions come into play in your story as you developed your narrative?

RD: DRACULA OF TRANSYLVANIA is based on the Stoker story and relies very heavily on that narrative, but I’ve expanded both Dracula’s journey to England and his return to Transylvania. I tried to lean heavily on the original story while layering fresh stuff, like giving the vampire a stronger reason to head to England as well as the fun idea of having him bring the brides with him, who factor strongly in this story. They are strong, brutal and ferocious characters. 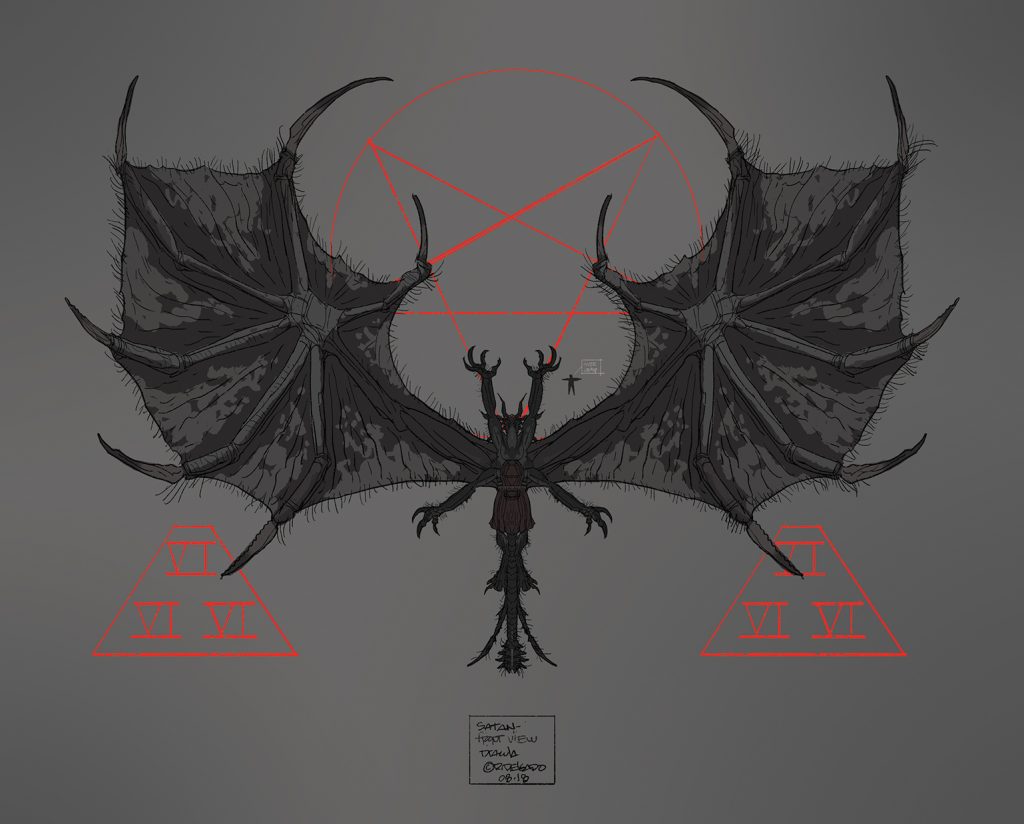 GVN: And since I asked, do you have a personal favorite portrayal of the character? Bela Lugosi? Christopher Lee? Gerard Butler?? Jonathan Rhys Meyers???

RD: In an upset, I’m a big fan of the Langella 1979 film. Really good stuff in that version. And I grew up loving TOMB OF DRACULA by Marvel Comics in the 1970’s. Totally my jam. Lee and Lugosi as well.

GVN: Man, I can’t believe I forgot Frank Langella. His Dracula was my first experience with him as an actor. So, the Kickstarter campaign for your book starts on February 22nd. Have you ever had any experience with the funding program and do you have any expectations beyond funding? Many creators have found that it can be an excellent way to interact with your fans.

RD: The flexibility here for different customers to have the book available to them really appealed to me. There is in my the memory of being a kid and not being able to afford stuff all the time, so with that in mind I really love the idea of the range of pricing for a reasonable digital download to an edition with a piece of art created by yours truly! That’s the stuff that’s cool at this point, the ability to put the story in folks’ hands at different pricepoints, and who would not love an original sketch or bookplate by the creator to go along with their illustrated novel? Win/win.

GVN: We share the same brain there. I am a fan of signed editions. Many Kickstarters include this option and it is always so cool. You have done just about everything that can be done in a creative field: Comic Book Creator, Novelist, Director, Production Designer, Art Director, Concept Artist, Background Designer, Prop designer, Character Designer and Storyboard Artist. Is there a job or occupation or skill that you haven’t done that you wish you had? Not sure if that’s possible.

RD: I love background paintings, known as BG’s in the business, but cannot paint to save my life. And I’ve always wanted to create a comic strip ala THE FAR SIDE, CALVIN AND HOBBES or PEANUTS, but with newspapers going the way of the Albatross, don’t see that happening. But never say never, that’s my motto.

GVN: I’m almost surprised that you say can’t say paint. Of course, I’m in the same boat. I can draw, but I can’t paint a lick. However, with the influx of self-publishing and Kickstarter, you could make that comic strip dream happen. As you say, never say never. Finally, I always finish with a hypothetical question. Your great career demands this question. Because you have had such a diverse artistic career, a time capsule has been started to commemorate great conceptual artwork in film. They have approached you and asked for three different examples of your work to save for prosperity. What would you choose?

RD: Firstly my stories: my novels and comic books. Pretty proud of those. Then the memories, somehow. Met a ton of amazing/kind/crazy/mean people, and it was a heck of an experience. I saw it all, as they say, but I mean it. Taught me a lot about life, perspective and empathy. Or lack thereof. Yet would not trade my life for any other. It was a hell of a ride. And still is! I ain’t goin’ anywhere!

GVN: Thank you so much for your time, Ricardo. We will be following Dracula of Transylvania with great interest and look forward to reviewing it upon its release.

RD: My pleasure! Be kind and others will be kind to you. The golden rule. If not then move on, like is short when you’re not a vampire!

Please check it out and we will continue to follow its progress here at Geek Vibes Nation.