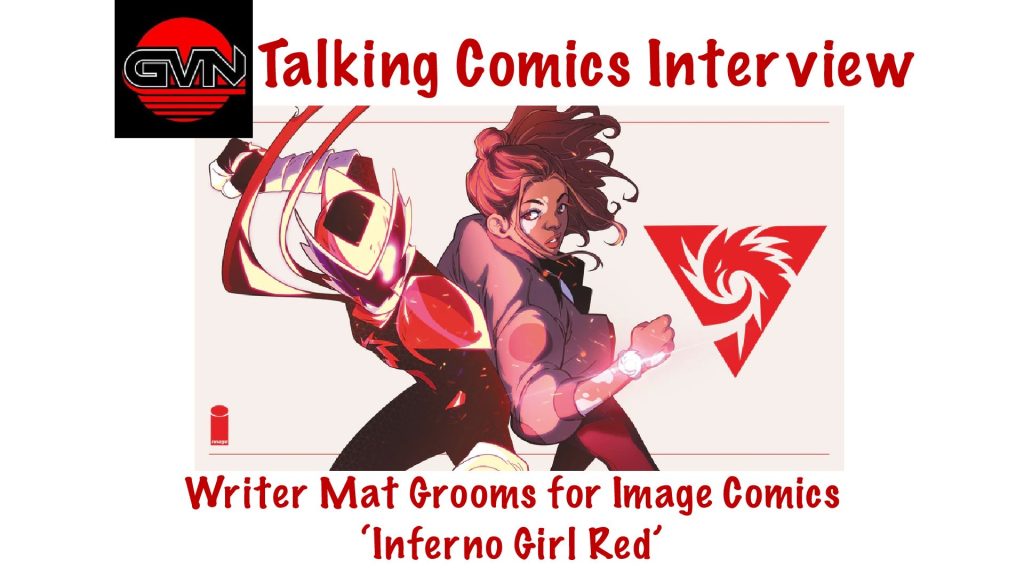 Writer Mat Grooms is no stranger to success in his field. Whether he is writing such books as Self/Made for Image Comics or Ultraman for Marvel Comics alongside Kyle Higgins. Or even writing branding and narrative development articles for We the People. His most recent work, however, is a graphic novel entitled Inferno Girl Red, alongside upcoming artist Erica D’Urso and Editor Kyle Higgins. Inferno Girl Red launches its Kickstarter Campaign on March 30th. So let’s find out more about the project and welcome writer Mat Grooms to GVN’s Talking Comics Interview.

GVN: Thanks for allowing some of your time Mat.

MG: Of course! I really appreciate the chance to be able to talk about the book that the team has been pouring so much love and hard work into! 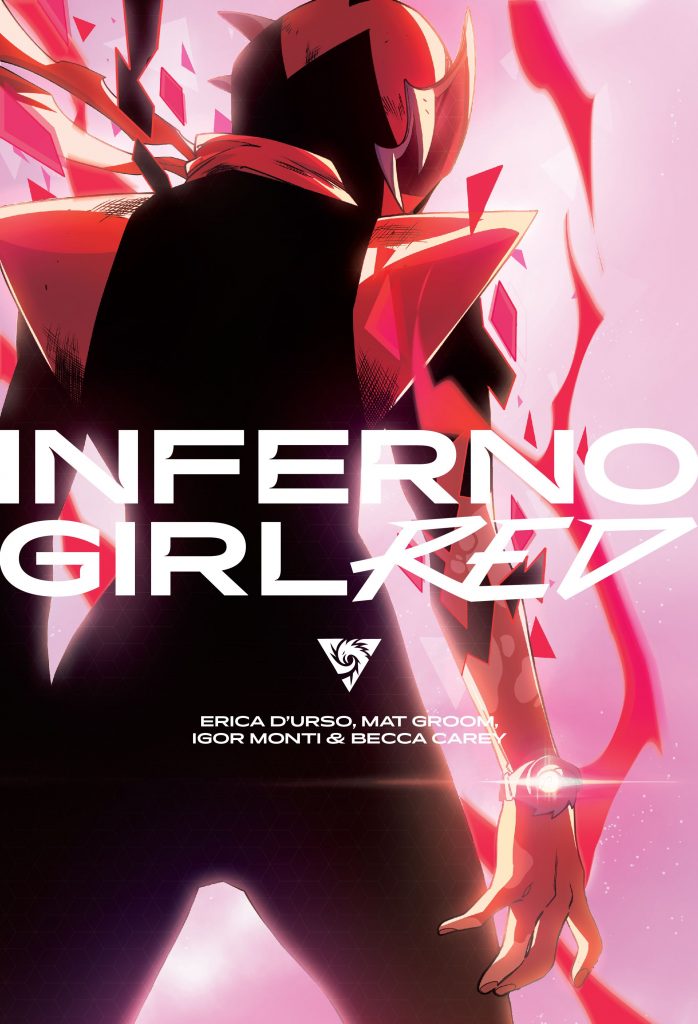 GVN: I noticed in my research that this has been a multi-year passion project for you. It is a unique blend of many different styles, including Japanese tokusatsu superheroes, American superheroes, and British boarding school fiction (I had to look that one up to know what that was). What made you decide to tie in so many different genres and what finally brought the project together for you?

MG: Well to me all three of these genres, in their own way, are about heightened, larger-than-life emotion and drama. (And in the case of American superheroes and tokusatsu, that emotion and drama bursting out into the world in fantastical fashion). And with this graphic novel, INFERNO GIRL RED, we wanted to tell a story about big, emotionally charged ideas. Hope in the face of darkness, action in the face of apathy. So taking inspiration from these genres, and finding interesting points of convergence between, felt like a solid approach!

GVN: Your main heroine Cássia Costa is a unique character in that not only did she not ask for the circumstances that brought her power to her, she also is required to have faith for her abilities to manifest. Which is not something she has a great deal of experience with. Was this a concept that you wanted to explore from the start of her development as a character?

MG: Yeah. In fact, before her development as a character! I started with knowing the sorts of ideas I wanted to explore with the story, and then started searching for the best narrative constructs to do that. The right perspectives to start from, and the right challenges to stress-test these ideas. Having a teenager as the main character made a lot of sense, to me, for this. When you’re at that time of your life where the controlling forces in your life start to fall away. You suddenly gain a lot of agency, and you start having to choose your own path. So the questions of ‘What do you believe you can be?’ and ‘What do you believe the world can be?’ can define your life more at this time than any other. From there, Cássia’s life experiences, and the opportunities and dangers ahead of her, began to fall into place… 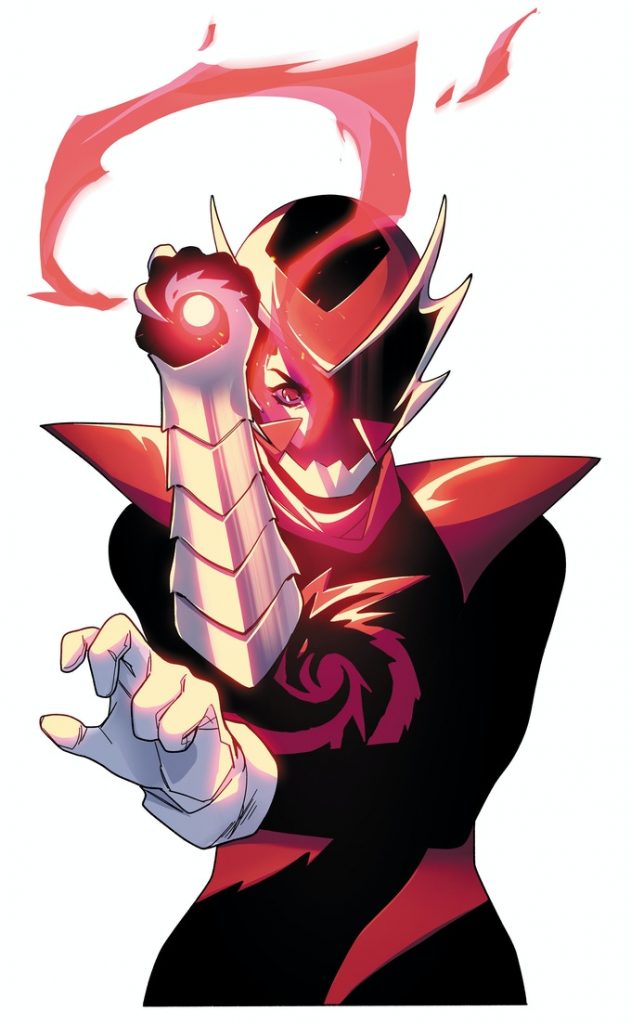 GVN: You are working with up and coming artist Erica D’Urso on this project. What was it about her style that sold you that she was the one to bring your vision to life? (I’ve seen some samples, she IS awesome). Also, did her work inspire you to change anything about your characters or did she just crystallize them for you?

MG: Erica’s work is SO awesome, right?? To start with, Erica’s work has what you want from any great superhero artist. The ability to depict powerful, striking action that leaps off the page, as well as genuine, truly human emotion that sucks you right into the world of the characters. But on top of that, Erica brought so much of herself to her initial designs. Her incredible sense of fashion, her views on how the world might be better, and a striking (but also really hard to articulate, at least for someone as dorky as myself) sense of cool. And then our colorist Igor Monti built on this vibe, I can’t believe how well Erica and Igor’s styles complement each other.

In terms of Cássia specifically, Erica’s interpretation didn’t change anything so much as… added just a whole lot. Where Cássia was a little conceptual in my mind initially, Erica made her real. Cássia’s perspective, her style, her habits, her idiosyncrasies… it all came flooding in, thanks to Erica.

GVN: You are also working with writer extraordinaire Kyle Higgins in an Editorial capacity. You have worked with Kyle previously in that fashion for your brilliant Self/Made series as well as a co-writer for UltraMan. As an editor for Inferno Girl Red, does it make it easier for you to work with Kyle because of your previous collaborations?

MG: Absolutely, yeah. Kyle and I are really close, both personally and professionally. We  have a lot of experience working together in a bunch of different capacities. Kyle has so much experience both in storytelling and in the production process of comics (vital to understand if you want to do something creater-owned), so his mentor ship has been invaluable. But, his perspective and tastes are a little different from mine, too, which is why I think we work so well together on Ultraman (we each bring something different to the table). And in this context, it means he’s able to offer ideas and different approaches that just don’t come to me naturally. 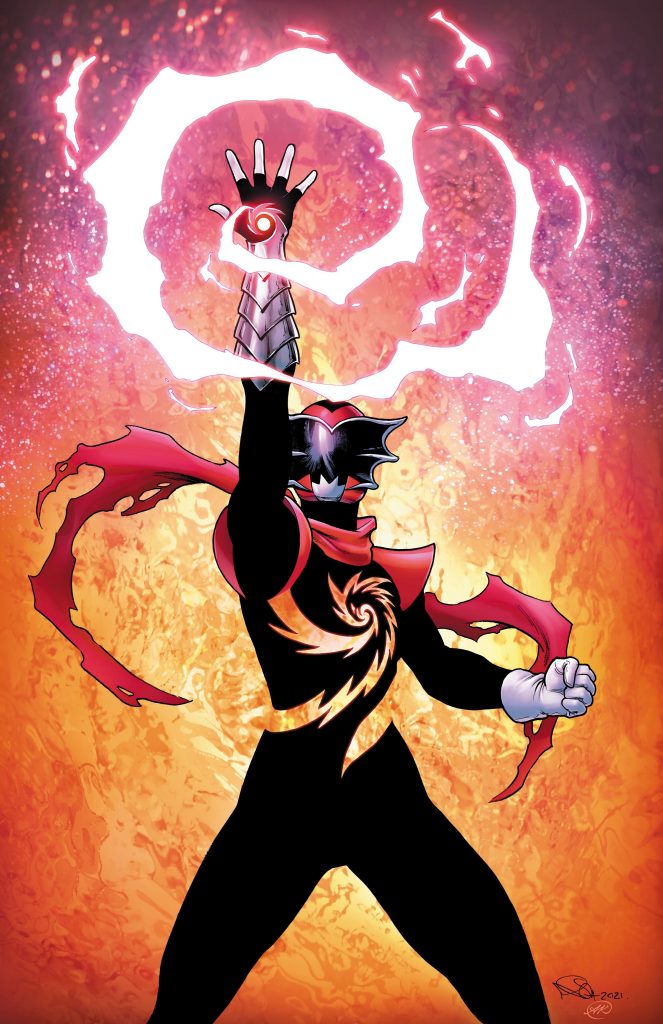 GVN: That is a great advantage to have. Someone who’s work you admire but also can trust. So, Inferno Girl Red will be coming to Kickstarter soon. Is this your first experience with Kickstarter? If so, what do you hope to come from the experience (other than getting it funded, which is the main goal for ANY Kickstarter)?

MG: It’s my first time on the creator side of the fence, but I’ve backed quite a few projects before. I’m hoping this experience helps me build a better, more direct connection with readers and the community. I’m a really introverted guy, and I like to ‘speak’ through my work.  However, going to conventions and interacting with fans on Twitter has helped me grow my confidence in that side of things.  I really, really love it, and would love to grow it. It’s been lovely already, actually. Like when I’m responding to these questions. I mean, we haven’t even launched yet, but we’ve received so many supportive messages and even fan art… I’m feeling extremely grateful.

But also, with the campaign, I want to prove the market viability of teen-focused superhero graphic novels. When we were looking for publishers for the book, we encountered some skepticism from certain circles, and an insistence that we’d have to produce it as single issues for it to be commercially-viable.

Now, I love single issues (and loved playing with that format in SELF/MADE particularly), but I think if we want to grow the comic-reading audience, novels are the best option.  Mainly because they’re more familiar to people new to the medium. And we can’t pretend that collected single issues are the same thing as a novel. There are structural differences and audiences deserve that you write to the form. So, yeah– I will always love single issues and want to write them, but not for every story, and I’m hoping with this we can prove there’s a market for many different forms of superhero storytelling!

Where Branding and Comics Meet

GVN: Thank you so much for your time, Mat. For my final question, I see that you also teach open-to-the-public storytelling classes in your home city of Sydney, Australia. In addition you also work on branding and narrative development at the creative and design agency FOR THE PEOPLE. Do you find that each of these other jobs yield a benefit for your comic writing? And if you could quantify, which gives you the most satisfaction?

MG: It’s probably not going to surprise anyone to find out that I’m most content when I’m writing whatever I’m feeling inspired to write, rather than what a client would like me to write. So for that reason comics writing has the edge. But there is absolutely a lot of overlap, and my work in the branding world has taught me invaluable lessons that I’ve been able to bring to comics. Like how to write to tight deadlines, how to project manage, how to write in multiple ‘voices’, and how to balance competing interests without losing the soul of your work. And vice versa as well!

And as for teaching, it’s been awhile since I’ve done that actually, but I really miss it. Teaching forces you to self-educate, but also forces you to defend (or abandon!) your assumptions when challenged. I think writers can sometimes treat writing as almost a mystic art. And while there is of course no ONE way to write or a formula you can take to find success, there are absolutely things you can learn. There are skills you can build just as there is in any other craft. As much as it’s a cliché, it’s also true: one of the best ways to learn is to teach.

GVN: So true. I learn new things about my writing all the time. What works, what doesn’t. Approaches that make sense and ones that don’t. Thanks again for sharing your time, Mat and we will be following Inferno Girl Red with interest.  Rest assured that we will spread the word when your Kickstarter launches.

MG: Thanks so much!

Inferno Red Girl launches it’s Kickstarter Campaign on March 30th. Be sure to check it out and we will be following this one here at Geek Vibes Nation. 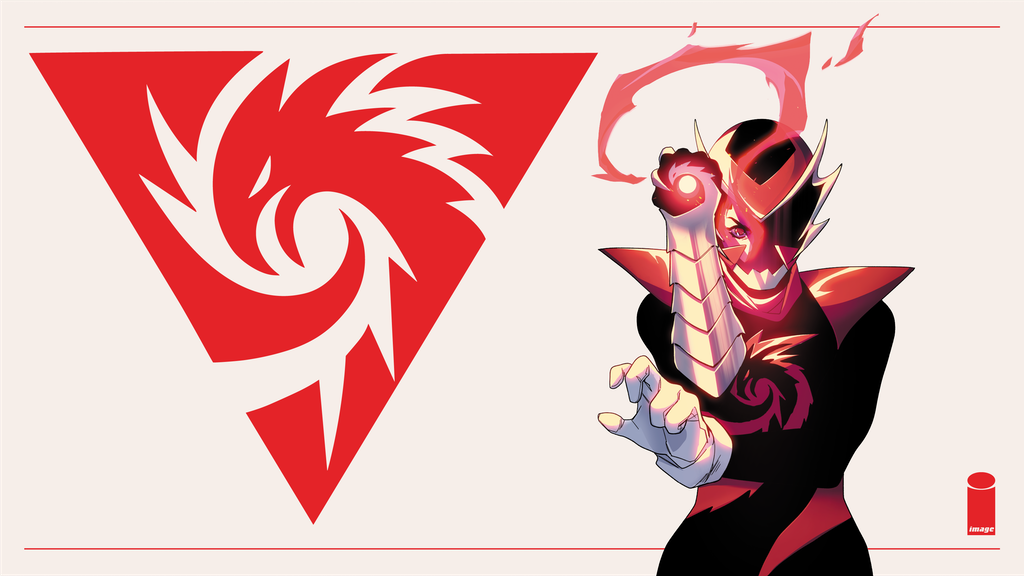