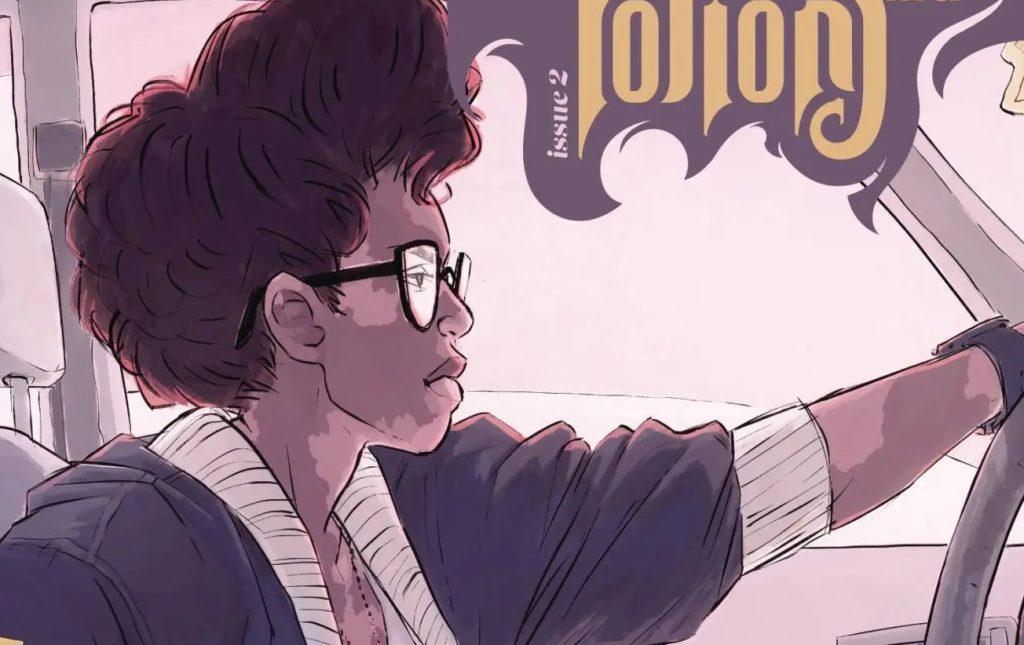 When last we left Potions Inc., our reluctant magic user Ran Jones and his siblings had traveled to present day Seattle from their home in Primatera. They were in search of the magical amulet that Ran chose as his lucky charm. Little realizing that the stone had a curse that affected their parents. To make matters worse, the stone was stolen from him and taken to Seattle. Now Ran, Asteria and Astreus are in pursuit of the stone. Provided they can navigate this strange new world.

Exploring the Magical World of Seattle

Ran was given the responsibilty of leading this mission to retrieve the stone. Regardless of the fact that he was the least magically inclined of the trio. Nevertheless, he was determined to find the stone and help his parents. If he only knew where to start. 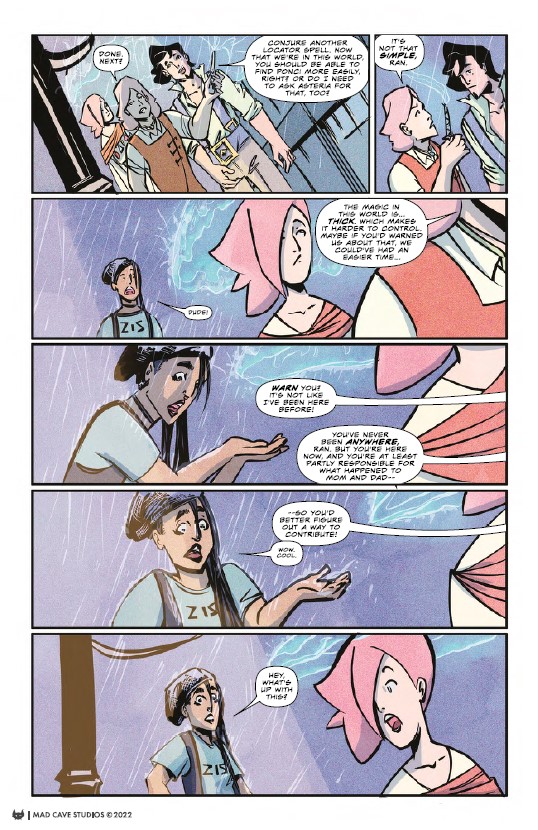 This was resolved when their use of magic was observed by a young woman who liked such displays. Even if she thought they were just some traveling performers. She suggested a local Cafe that might be more likely to enjoy their show. This seemed like a sign for Ran. Fate was pushing them in the right direction.

In Search of the Other Half of the Stone

Meanwhile the stones thief, Poncelina Arkay was also in Seattle, trying to locate the other half of the powerful stone. She was holed up in a couples apartment, having dealt with the occupants. Poncelina was attempting to created a locator spell to detect the other half of the stone. She was encouraged by her Grandfather who told her the combined stone would reap benefits to Primatera. (But most likely only for himself).

Back at the cafe, Astreus followed his stomach into the establishment requesting sustenance. Assuming that the Renaissance fair hadn’t left the city yet, the young waitress demanded to see money before she would ablidge their request. Ran produced a gold coin. She was skeptical at first but after testing it with the totally scientific glass of water procedure, decided to bring them their food.

Unfortunately, it came to the attention of some unscrupulous types also in the Cafe. Thus once again proving that age old wisdom of the sage Nathan R. Johnson (Steve Martin) from The Jerk. “You’d have to be a moron to flash this kind of money around.” Nothing good could come from that.

Elsewhere, in the land of everything in a story means something, Special Agent Geneva Garcia is making her rounds. At least until she receives a call from her father. He is concerned that someone from his past has found him. It is only a matter of time before they come calling. Geneva had no idea what he was talking about. But she recognized the concern in his voice. Geneva was always a “Daddy’s Girl.” Remembering when he told her stories as a little girl of Primatera. Little did she realize those stories would be revisited.

As old as I am, you would think that I would know that nothing in a story is told in a vacuum. Eventually, the details revealed would have some substance. Even in what appeared to only be the framework of the narrative. Potions Inc. and writer Erik Burnham reminded me of this in Issue 2. Bringing the bedtime story told in the beginning back to the forefront in a great use of narrative foreshadowing. Sometimes, bedtime stories aren’t always made up.

The Magical Spit Hitting the Fan

Although we are only at Issue 2, the “magical spit is already hitting the fan.” Ran is showing much more magical ability than he ever produced in Primatera. Demonstrating that he obviously has more abilities than he or his siblings had realized. Unless it is only restricted to the human world. Which would be great! If he had any apparent control over it. Perhaps his younger siblings can help him in this matter. In ways other than the method chosen at the end of this issue. 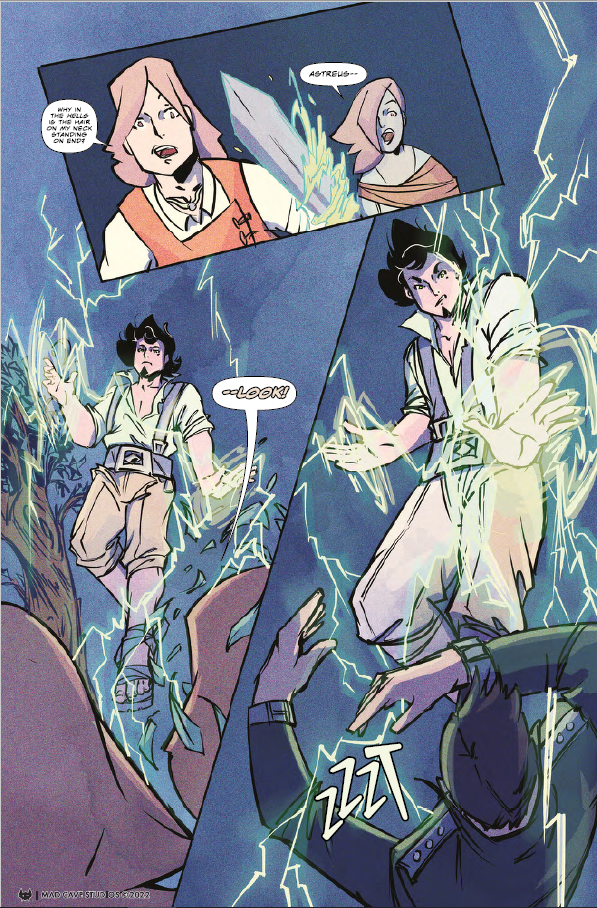 With these new possibilities in mind, creators Burnham and Stelladia have set the stage for some intriguing future developments.  Not to mention with that conflict brewing, it gives artist Stelladia an opportunity to ramp up the energy and the use of dynamic character interaction. As shown by the panel above, the artist is more than up for that challenge. With more to come now that Geneva and her father have re-entered the picture. Not to mention the possible dark plans of Poncelina and her Grandfather. 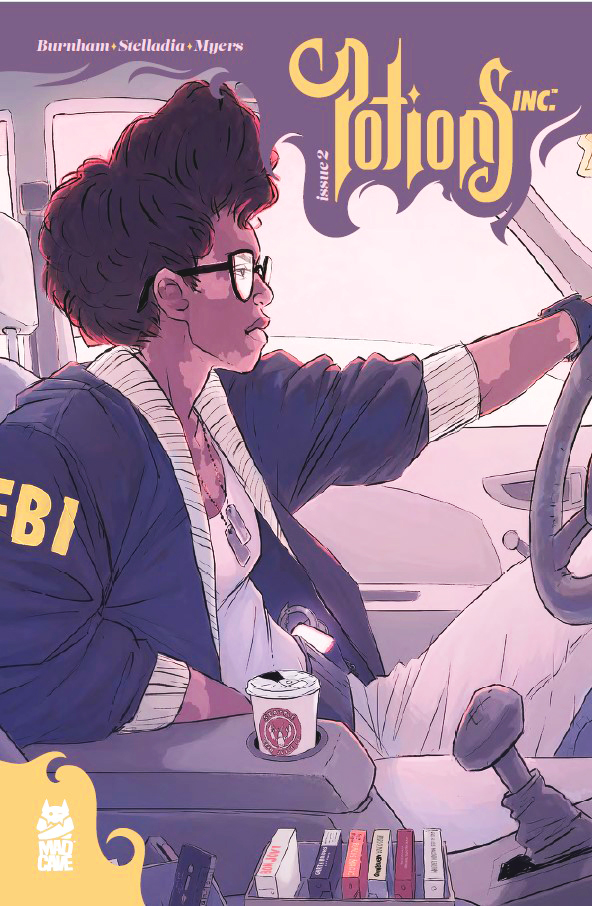