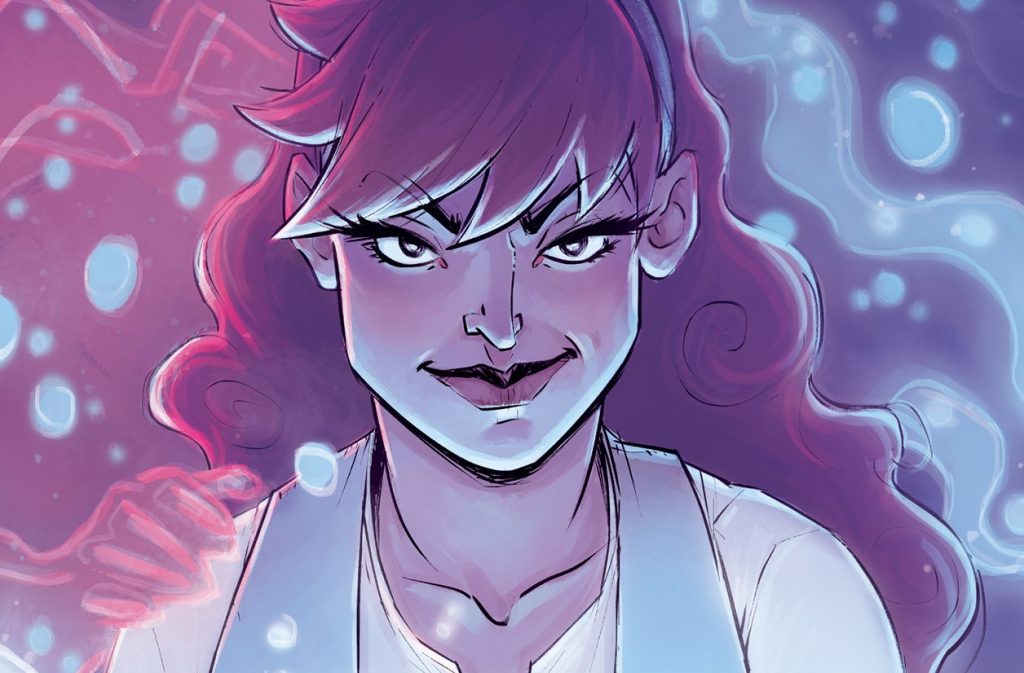 When we last left our friends in Potions, Inc., Special Agent Geneva Garcia had just discovered our travelers from Primatera. This was after Ran had zapped some ne’er-do-wells who had attempted to rob Ran of his gold coins. Unfortunately, Ran couldn’t control his powers, so his sister Asteria was forced to subdue him. Now, after hearing that these strangers had come from Primatera, Agent Garcia had questions. Like how these people could know of the made-up land her father had told her about as a girl?

She probably should have taken them in for questioning. But her gut told her there was more to this than meets the eye. Not to mention if she tried to explain it, she TOO would be answering questions. Many of them in a psyche ward. So instead, she took them to see her father. Astreus was thrilled by the magic that was Geneva’s car. Ran, however, woke up in the strange place and almost panicked. Luckily, Asteria was there to calm him down.

Upon arriving at her father’s home, He did not seem surprised by the visitors. Although he did confuse them for their parents. Now, both the Jones clan AND Geneva had questions. Come to find out, her father’s tales of Primatera were not made-up bedtime stories. In fact, he was born there. He worked as an apprentice to a powerful wizard named Kanavin Goras. Alongside of Ran, Astreus, and Asteria’s parents, Feldymion Jones and Elodie Kant. Of course, they were not married at that time.

The Tale of Goras

During their training, the trio had found a fallen star. A piece of this they found to be able to amplify magic. They called it the Fordstone. Using its powers, Goras had discovered a way to make the traverse to other worlds. It was on one such journey that Goras and Geneva’s father had found Earth. They realized there was untapped magical energy there. Such that Goras believed would allow Primatera to never be short of magic again. But they needed to take it. Regardless of the possible repercussions for Earth.

Upon their return to Primatera, Goras and his apprentices prepared to adapt Earth’s magics for their own. But Feldymion knew this was wrong. Goras had taught them early on that magic should never be used to cause harm. Apparently, Goras had forgotten that rule. But more likely, in his quest for power, he chose to ignore it. So, when it became clear that the spell, they were trying to use would cause damage to both Primatera and Earth, Feldymion intervened.

He magically removed the Fordstone and all three of the apprentices attempted to reshape the spell and undo the damage being done. Goras warned them to stop. Trying to change a spell midway could be dangerous. But his students could not let Goras bring harm to Primatera or to Earth. Suddenly, in a flash, Goras was gone. Not only that, but the Fordstone in the resulting power surge was split into two pieces.

As for Goras, the spells interruption had trapped him in between dimensions. Feldymion told Goras that they would do anything they could to restore him. But he was making a mistake and they had to put a stop to it. Goras warned his “former” apprentices that this was not over. And disappeared after that ominous warning. But not before cursing the stone. It is that curse that is now affecting the children’s parents.

As for the other half of the stone, Geneva’s father had decided to take it with him to Earth and to start a new life there. He had hoped that the distance away would keep the Fordstone safe. But now, after feeling the Tracking spell from Poncelina and from the children, he knows it is just a matter of time before it, and him are discovered.

Back with Poncelina, her efforts to find the stone and do what her grandfather’s wants have left her drained. Her potion was still brewing so she felt she had time to rest. But her grandfather was impatient. He wanted the stone now. So, he used his powers to switch places with Poncelina. Trapping her in the other dimension while he pursued the stone. He promised her he would bring her back…. when he was finished.

Issue Three is where we learn the 5 Ws of Potions Inc. You remember those from school journalism class, right? “Who? What? When? Where? Why?” In a nicely constructed flashback, writer Burnham uses Geneva’s father to explain who the players were involved, what they were attempting to accomplish, when it transpired, where they were when it happened, and why it all blew up in Goras face. And all that time, Geneva thought her father was just a masterful bedtime storyteller. Which, he was. It just made it easier when it was the truth.

The Stage is Set

But now that it has been revealed what the Fordstone’s history is, they still have the issue of how to prevent Goras from retrieving it and dooming not only Primatera and Earth, but Feldy and El as well. But that’s what issues 4 and 5 are for. As laid out by Erik Burnham and the talented Stelladia, so far, look for a magical battle that could defy the norm. Perhaps even giving Ran a chance to prove to his siblings that he has what it takes, magically. Looking forward to it.

Mad Cave Studios Potions Inc, Issue 3 by Erik Burnham and Stelladia comes out on August 17th. Or for the digital fans among you, go the subscription route by going here.