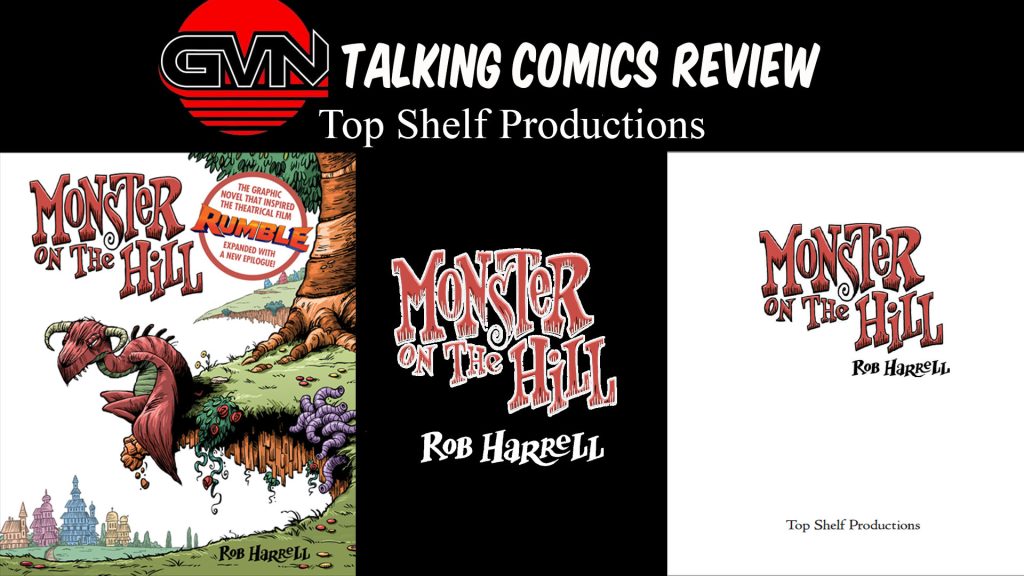 Coming on December 15th, Paramount+ will be releasing Rumble, an animated film made in conjunction with Paramount Animation, WWE Studios, Walden Media and Reel FX Animation Studios. This film, directed by Hamish Grieve explores a world where monster wrestling is a global sport and monsters are superstar athletes. The heroine in the film, Winnie, wants to follow in the footsteps of her father and train the next great monster wrestling champion. Unfortunately, all she has to work with is Steve. An unmotivated, lazy monster who would rather sleep than do anything else. But I guess everyone needs a hobby.

I know what you’re thinking. What does THIS have to do with comics? Well, Rumble is loosely based on the graphic novel Monster on the Hill by Rob Harrell. So, in advance of the film’s premier, it made sense to follow its DNA and explore the material it is based on. This IS Talking Comics after all. Besides that, it is a great book. Filled with humor and endearing artwork and is a lot of fun.

Monster on the Hill

It is England, 1867. Quaint little towns are scattered across the landscape. One of the things they have in common is that many of them have their own monster. The Monster on the Hill. For many of the populace, it is a source of pride. Especially on those occasions when their Monster decides to come to the town and wreak a little havoc. Nothing too crazy, just enough to scare the tourists and create some damage souvenirs. That’s exactly what the town of Billingwood had with Tentacular. He was their pride and joy. If only Stoker-on-Avon could say the same.

Wilkie to the Rescue

Their monster has been a no-show for years. In fact, the only thing they hear from him these days is his groans and sighs. Quite an embarrassment really. Especially when compared to cool monsters like Tentacular. But what’s a town to do? Well, that’s where Dr. Charles Wilkie comes in. Local inventor and some might say, Mad Scientist. All he wants is for the town elders to allow him to resume his work. All THEY want is for him to fix their lethargic excuse for a Monster. If he does, they will consider allowing him to resume his experiments. Sounds like a deal. His task is simple. Visit the Monster, decipher what his problem is and fix it.

But no sooner does he leave his meeting with the town elders when Timothy, the local town crier, paperboy and resident street urchin is already reporting his upcoming task. What the…? The young man asks if he can tag along on his assignment. Winkie dismisses the idea outright, despite the boy then “crying” out how Winkie had cruelly refused a poor urchin boy. The kid plays hardball. 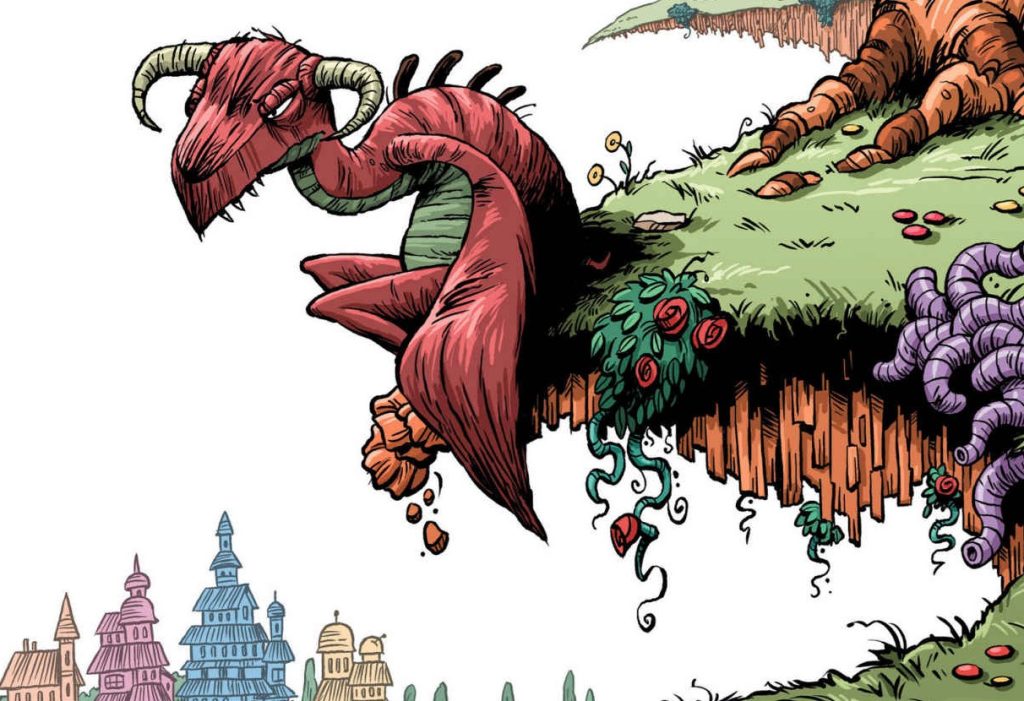 The next day, Winkie sets off on his journey to find and somehow fix the town’s reticent Monster. After meeting the Stoker-on-Avon Monster named Rayburn, he realizes what the problem is. A serious lack of confidence, and obvious self-esteem issues. Quite frankly, he is suffering from a “monstrous” case of depression. Timothy agrees. It seems the little scamp stowed away in Dr. Winkie’s luggage. Which was made much easier when he got rid of most of Winkie’s possessions. So now that they had diagnosed the condition, all that remained was fixing it. So, they decided it was time for road trip. Perhaps talking to some of the other town monsters would help. Maybe get some tips on how THEY get the job done. It was settled and the next day, they were off.

Can Dr. Wilkie and Timothy help with Rayburn’s condition? Will the town elders allow Dr. Wilkie to once again don his Mad Scientist’s hat? All this and more will be revealed when you read Monster on the Hill by Rob Harrell.

This book was originally published in 2013 and a new expanded edition with a new epilogue was published in 2020. This new addition mainly served to give some context to the upcoming film, but also gave new readers access to this clever book. Rob Harrell explores the effects that depression and low self-esteem can have on someone. Even IF that someone is a Monster. He also shows how sometimes, having good friends can save the day. Provided they don’t get you eaten first. Monster on the Hill is a delightful book full of humor and drawn with a whimsical vibe that absolutely works. Not to mention laying the background for Rumble as our friend Tentacular plays a starring role. Be sure to read the book and then catch Rumble on Paramount+ starting December 15th.