Harley Quinn Season Two: Bigger and Even Better Than Season One [Review] 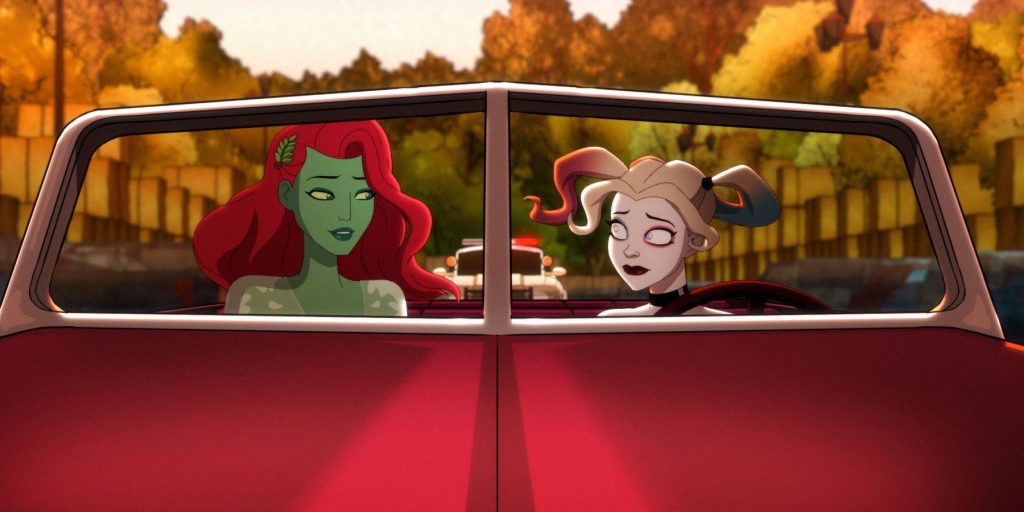 Harley Quinn season two definitely brought its A-game! Season one was already stellar, but season two really blew me away. While season one was more so Harley finding her own path away from the Joker, season two had a clearer storyline than its predecessor. There is so much to talk about. So many big moments. All I can really say is that Justin Halpern and Patrick Schumacker did an amazing job and I really hope there’s a third season.

Okay, I can say so much more. It was really great seeing Harley fully stand on her own. As mentioned before, season one dealt with Harley finding her identity after essentially being shaped and molded by the Joker. Now, she’s on her own and on her way to try to take over Gotham City. She doesn’t let the Injustice League get in her way either. As long as she has Poison Ivy by her side, she can do anything. 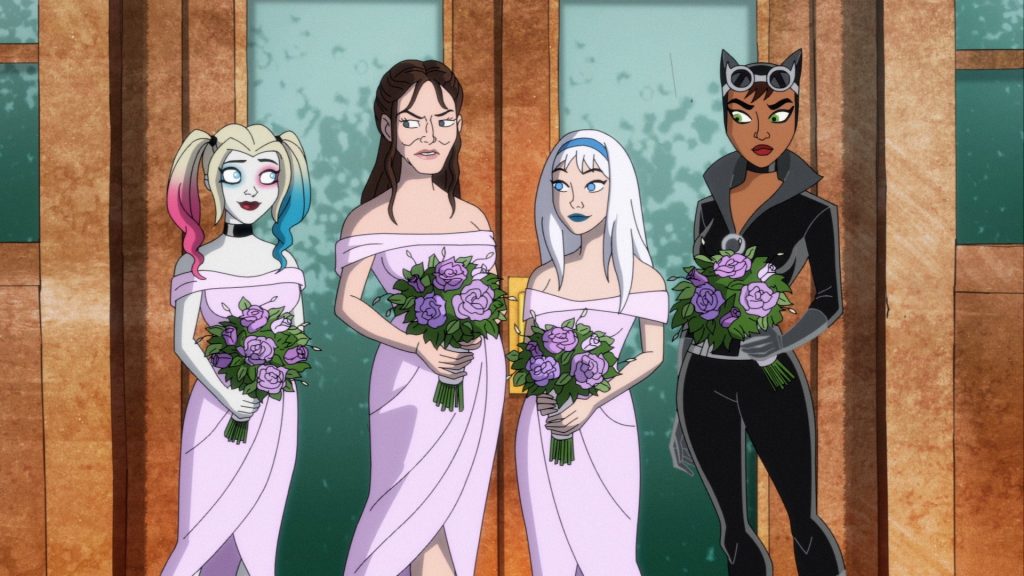 Of course, Harley missteps every once in a while. It is what defines Harley and that is incredibly human of her. There’s nothing wrong with showing someone messing up every once in a while – especially when they grow from said mistakes. While Harley Quinn the show is about Harley, there were also a lot of subplots and character-driven moments that were a lot better developed than what we saw in season one. 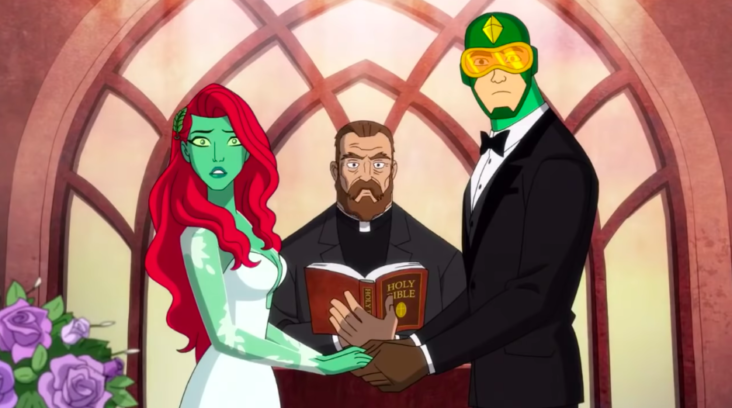 Here we’re going to get into some specifics and therefore, spoilers. Season two had a lot of character-deaths; some that we never expected. Admittedly, the one that got me the most was [spoiler] Mr. Freeze’s. The episode where Harley confronts Mr. Freeze and showcases the relationship between the icy villain and his wife was one of my favorites. I really didn’t expect to cry from a cartoon, but damn it, I cried. From that episode, we saw Mr. Freeze’s wife, Nora; a few more times. I liked her character and would love to see more of her. 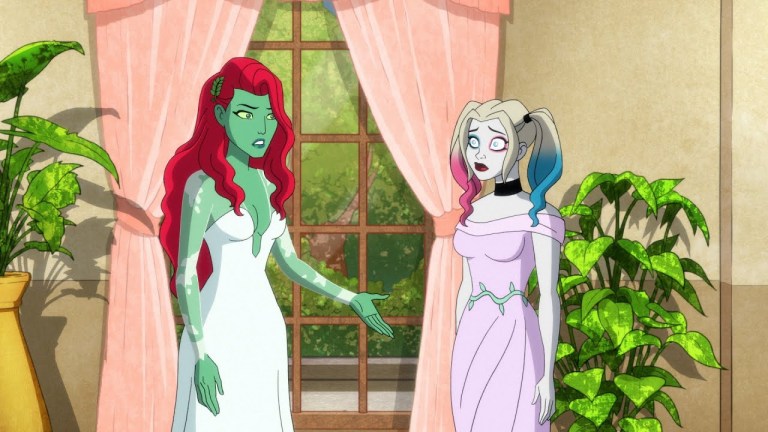 Other standout characters in this season were Catwoman, the Riddler, and Batgirl. Catwoman was cool, calm, and collected. The Riddler was showcased as a much eviler villain than in previous adaptations and I loved it. And season two really gave way to the birth of Batgirl. Not only was Barbara Gordon a great character, but her scenes with her father, Jim Gordon; were some of the best and at times, heartfelt moments in the season.

My Favorite Episodes and Scenes 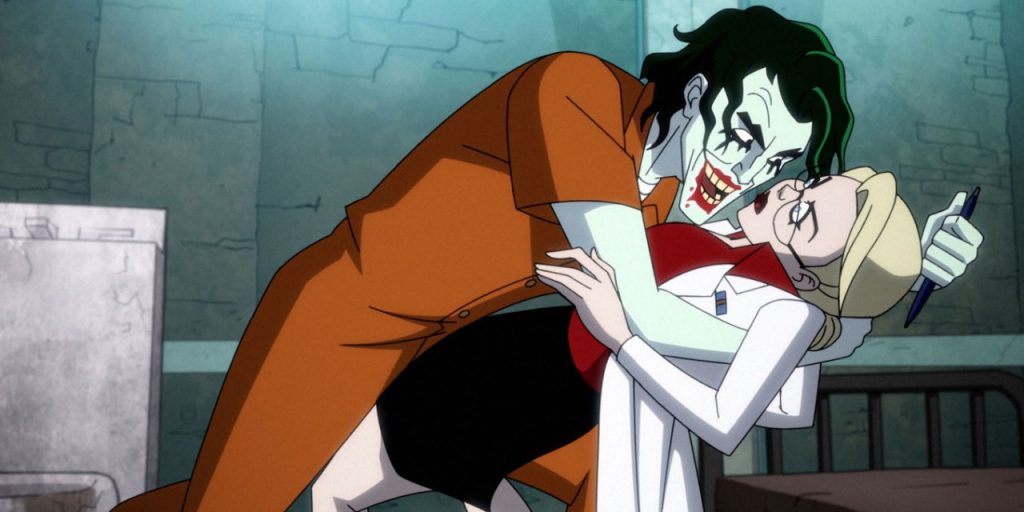 Standout episodes and scenes? The episode that dealt with the pit. Bane was really underused, which was sad because he was even better in this season than in season one. Another episode I enjoyed was the one that not only showed the start of Harley and Ivy’s friendship, but Harley meeting the Joker. Season two had a lot of references to popular Batman films. “Wanna know how I got these emotional scars?” All the references to Batman Begins, Batman Returns, etc. It was just great. And of course, I absolutely love the creators having some good fun with the “Release the Snyder Cut” bit. Oh, the irony now. 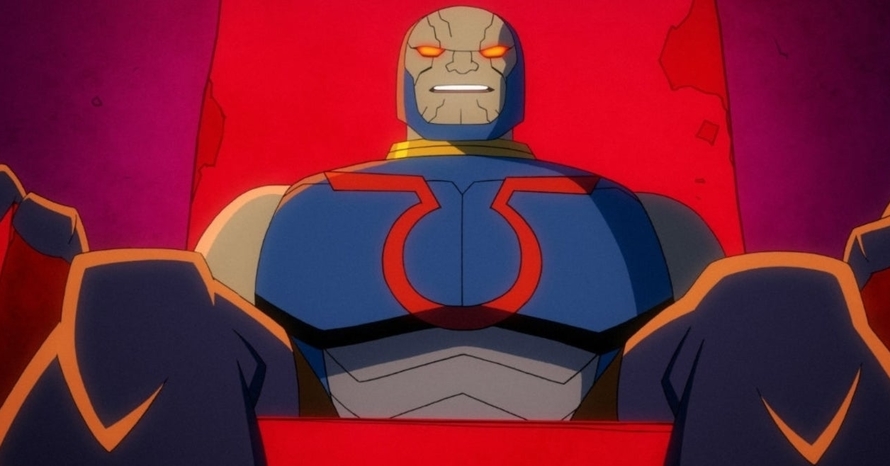 I commend the show for how they handle Darkseid and making Dr. Psycho a villain. I never felt like he really fit into the dynamic of Harley’s team, so it was a cool twist to have him as the main adversary down the line. The Harley Quinn show continues to push boundaries and that couldn’t be any truer in the case that [spoilers] the creators actually threw in a Harley x Ivy storyline. This is something that’s been teased in the comics and even done in the DC comics. But, to have it so boldly presented and unabashed was fantastic. I did like Kite Man and saw how deeply he loved Ivy, but in the end, we were all rooting for Harley and Ivy.

Besides Bane not being featured as often as I’d like, there is one other aspect of season two that I wasn’t the craziest about. I’m not bothered by it, but I am sure that some die-hard comic fans might be. The Joker returns and having Alan Tudyk voice the Clown Prince of Crime is just a delight. Even seeing Joker and Harley team up together was extremely cathartic. But, seeing the Joker in a relationship with a regular civilian? In the suburbs? It’s a bit strange. But, again, I commend the creators for not being scared to go there.

The last two episodes were extremely well-done. While I would love a third season, season two did end off on a good note. It left room for the story to continue, but if this is it, well, job well done. The ending made me smile and was extremely gratifying. To the point where if this were a play, I’d have applauded. Make sure you check out the Harley Quinn show. If you don’t have the DC Universe app, don’t worry – it’s coming to HBO Max! Please let me know what you thought of season two of Harley Quinn!