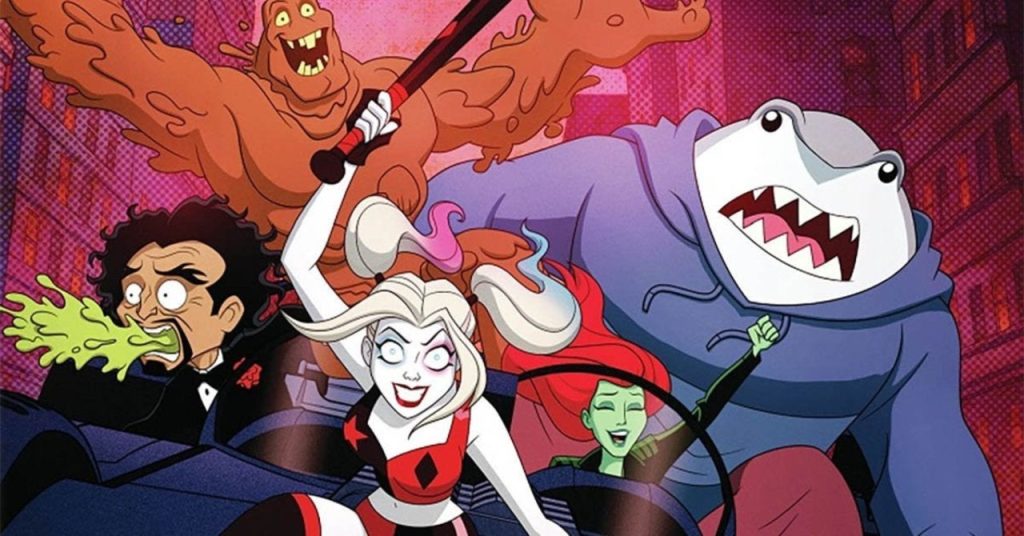 The show critique portion of this review was written by my colleague Tia Fabi.

While we still have a while to go before HBO Max premieres the third season of the animated Harley Quinn series, now is as good of a time as ever to catch up.

Did you grow up on Batman: The Animated Series? If you’re a Batman fan, you probably love that series. And most likely, no other Batman animated show has captured the same feeling. The Harley Quinn series may not exactly be a spiritual sequel to TAS, but it has that nostalgic feel, while also being incredibly R-rated.

The animated style of the Harley Quinn show is reminiscent to The Animated Series, but this is certainly not safe for kids. There’s cursing, blood, and sex – which, makes it the perfect follow up animated series for us older millennials to watch. It’s like we’re getting the same feel of the show we grew up on, only now it’s the adult version.

Kaley Cuoco voices our titular character. If you don’t know Kaley, she played Penny on the hit comedy series The Big Bang Theory. She also did a spectacular job in HBO Max’s The Flight Attendant. Margot Robbie may be our live-action Harley, but Kaley does a great job. I love her voice, the fun she has with it, and how she simply embodies the character. 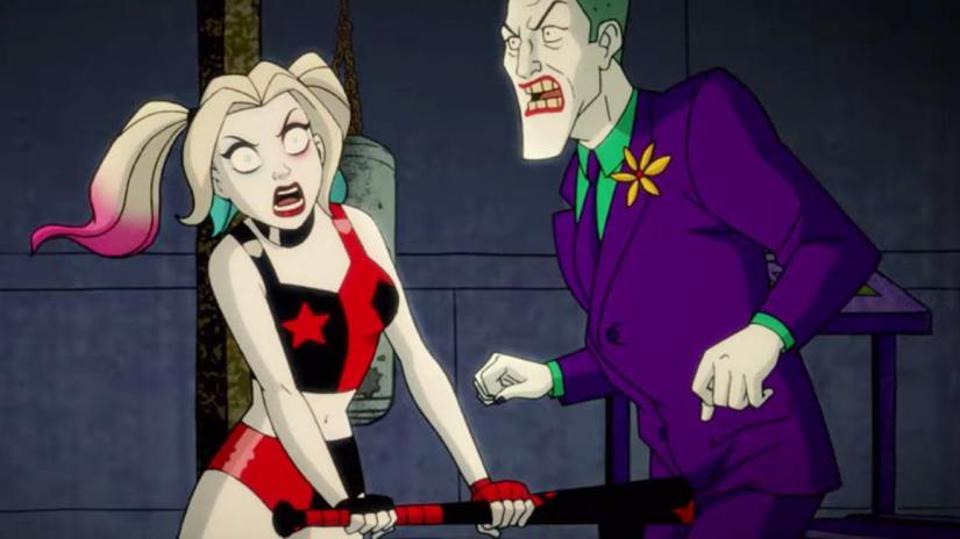 Season one did Harley breaking away from the Joker perfectly. We have Harley, who when first created was primarily known as the Joker’s girlfriend. We’ve all seen the Joker put Harley through the wringer throughout the years. So, while Birds of Prey and other comic books have already had Harley walk away, I believe the Harley Quinn show did it the best. Simply because we see Harley relapse several times. We’re all cheering her on, wanting her to get away from Mr. J, but the truth is that it’s difficult. While I certainly don’t want to generalize, I think it’s incredibly realistic to show Harley having second thoughts. She knows the Joker is bad for her, but like a drug, the thing that’ll eventually kill her feels like the thing she can’t do without.

Speaking of Mr. J – Alan Tudyk is fantastic at the Joker. While Mark Hamill feels like the voice of our childhood, Tudyk does a great job in capturing that iconic voice, while also making it entirely his own. I enjoyed Tudyk a lot as the Joker and hope he gets to do more work in the future.

Other mentions is of course Poison Ivy. Harley’s bff, this is a different Poison Ivy than we’re used to. In the animated series, video games, and more, we’re used to a sensual vixen. This Poison Ivy is an awkward environmentalist and fits less into a Batman villain category and more in between. She’s the best friend someone like Harley could have and I think the change makes sense in the show.

Every character is great, but this show isn’t just a bunch of laughing moments. There’s dangerous and gory moments. Sad moments. Real subjects are touched upon. Seasons one and two were both special in their own way and season two ended with something fans have been wanting for years – Poison Ivy and Harley officially hooking up. Not just that – but, admitting their feelings for each other and committing as a couple. How can anyone tie down Harley? Will their relationship be blissful or will the two run into new bumps now that they’ve gone from friends to lovers?

I give the Harley Quinn series two big thumbs up. It’s one of the only animated series I watch now and It’s one I really look forward to! 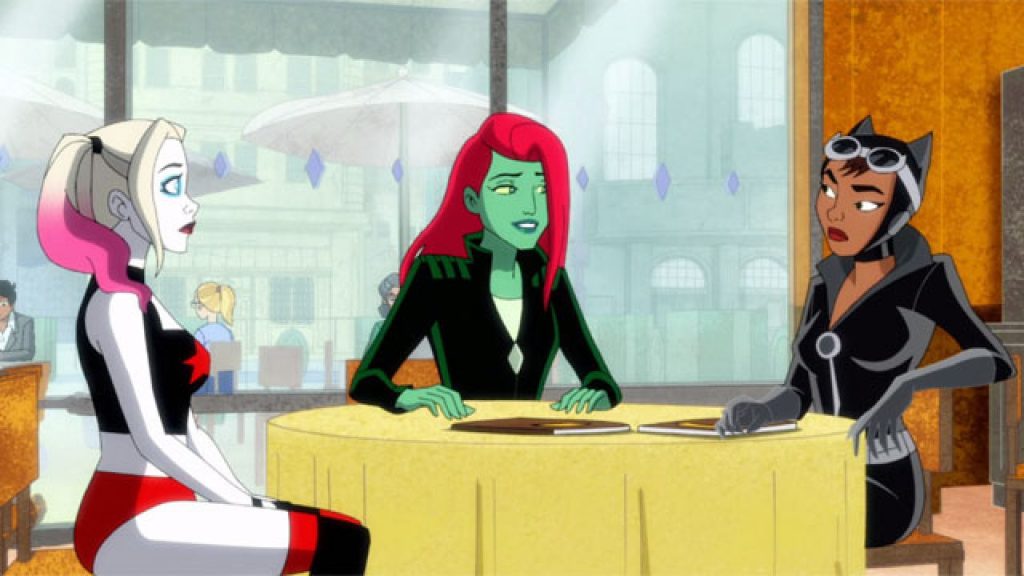 Harley Quinn honestly looks marvelous on Blu-Ray with its 1080p transfer. Warner Archive allows plenty of room for these 26 episodes as they are spread over three discs. While the streaming version is quite strong, these Blu-Ray discs help clean up the image by eliminating any nasty compression artifacts or digital nuisances of that nature. Colors are incredibly vibrant and bold throughout the entire run of these two seasons. The animation style lends itself to clean character outlines brought to life with thin lines, along with some very expressive backgrounds that look wonderful in high definition. There is no visible damage or dirt that was spotted while checking out these episodes. Everything looks sparkling new and crystal clear. Black levels run very deep with no crush detected. This presentation really dazzle in all respects.

The Blu-Ray comes with a deliciously bombastic DTS-HD 5.1 Master Audio lossless soundtrack that serves the show well. Dialogue is given priority in the track with a crisp, clear presentation in the center speaker that subtly creeps into surrounds during moments where different environments are being engaged. Music is incredibly immersive with stings accentuating certain scenes in the rear channels. Sounds effects from action scenes and other kinetic moments provide a nice punch in the low end that is appreciated. The show employs a good use of environmental effects that are directionally accurate within the mix. All in all, this is an excellent audio presentation that brings the show to vibrant life. This release comes with optional English SDH subtitles for those who desire them. 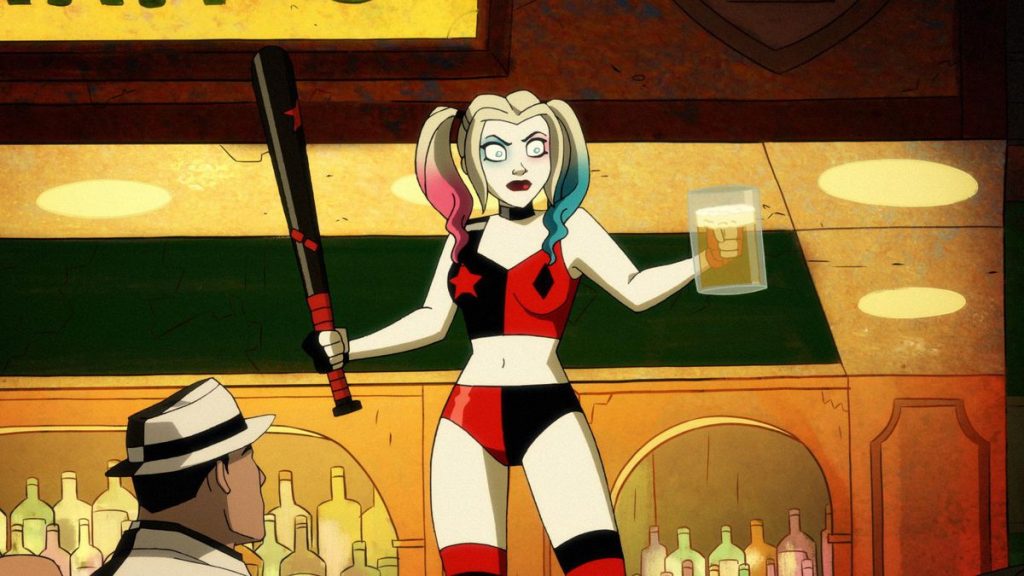 There are no special features included in this set.

Harley Quinn is an absolutely bonkers thrill ride that brings some much-needed levity to the DC universe. The show does an amazing job of serving up unexpected plot developments along with big belly laughs throughout. While it is easy enough to stream, this is a show you want to own and in the best quality possible. The new Blu-Ray set of the first two seasons from Warner Archive packs a punch and gives fans what they want in the A/V department. If you are a fan of adult humor and comic book characters, it is hard to imagine this show being anything but a pure delight. Highly Recommended

Harley Quinn: The Complete First and Second Season can be purchased directly through various other online retailers.