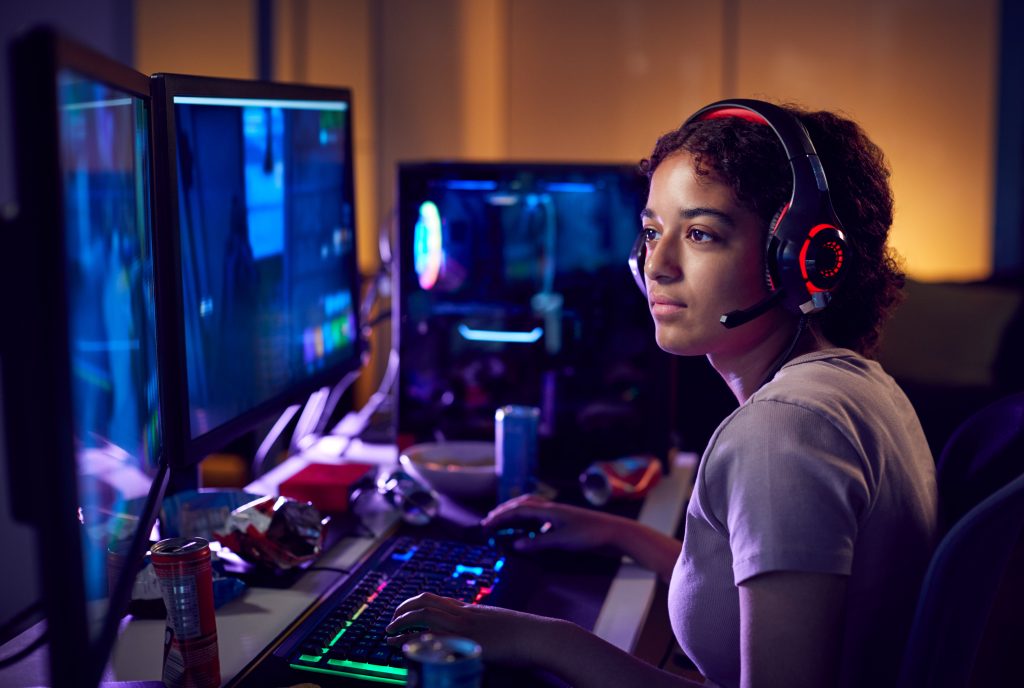 Live captioning is revolutionizing the world of video game streaming. With the growth of streaming services like Twitch, YouTube Gaming, and Mixer, more and more gamers are discovering that they can share their gaming experiences with a worldwide audience. With live captioning, these streams become even more accessible to viewers who may be deaf or hard of hearing.

In this article, we’ll explore the ways that live captioning is transforming video game streaming, and how it can help create a more inclusive gaming community.

What is Live Captioning?

Live captioning is the process of providing real-time captions for audio content. This technology can be used to provide subtitles for live broadcasts and for streaming video games.

Live captioning has been around for a few years, but its use in gaming streams only recently began to gain traction. Live captioning is not only beneficial for viewers who are deaf or hard of hearing, but it also makes the stream more accessible to viewers who may not speak the language of the streamer.

How Does Live Captioning Work?

Live captioners use speech-to-text technology to transcribe what a streamer is saying in real-time. This technology can be used with multiple languages and accents, making it a great option for streamers from all backgrounds.

Live captioners also use specialized software to make the captions appear on screen in an unobtrusive manner. This ensures that viewers of all abilities can follow along with the stream without having their attention taken away from the game itself.

The Popularity of Video Game Streaming

The rise of streaming platforms like Twitch and YouTube Gaming have made it easier than ever for gamers to share their gaming experiences with a global audience. This has led to an explosion in the popularity of gaming streams, with viewers tuning in from all over the world to watch their favorite streamers. According to data from Twitch, the platform had over 4.5 million unique streamers in 2020 and over 1.5 billion hours of video watched each month.

The growth of streaming services has also made it easier for streamers to find new viewers. This has allowed streamers to build large and loyal fanbases, many of whom are deaf or hard of hearing. With the help of live captioning, these viewers can now follow along with the stream in real time.

Was one of the first streaming platforms to offer live captioning for its streams. The feature was launched in 2019 and has since been used by a growing number of streamers. While making your Twitch stream more accessible, the live captioning feature is powered by speech-to-text technology from Google and is available in English, Spanish, French, Japanese, and German.

YouTube Gaming also offers live captions for its streams. The feature launched in 2020 and is powered by Google’s speech-to-text technology. Streamers can enable captions in English, Spanish, French, Japanese, and German.

Discord also recently added support for live captioning. The feature is powered by a speech-to-text technology from Google and is available in English, Spanish, French, Japanese, and German.

1. Increased Accessibility for Deaf and Hard of Hearing Viewers

Live captioning has made it possible for viewers who are deaf or hard of hearing to follow along with gaming streams in real-time. This has opened up a new avenue for these viewers to engage with their favorite streamers, something that was not previously possible.

Live captioning has also made gaming streams more accessible to viewers who may not speak the language of the streamer. This allows these viewers to stay engaged with the content, even if they don’t understand every word spoken by the streamer.

3. More Immersive Experiences for All Viewers

Live captioning has also made streams more immersive for all viewers, regardless of their hearing status. This is because the captions allow viewers to stay focused on the game itself, rather than having to look away from the screen to read the captions.

Live captioning instantly converts audio into text, making it easy for viewers to follow along with the game as they watch. It also eliminates the need to miss out on a great gaming moment because of background noise or poor audio quality. As more and more gamers embrace live captioning, streaming technology is evolving to provide an even better experience for everyone.