‘How To Blow Up a Pipeline’ TIFF 2022 Review: The Political Is Made Personal In Daniel Goldhaber’s Entertaining Heist Thriller On The Climate Crisis 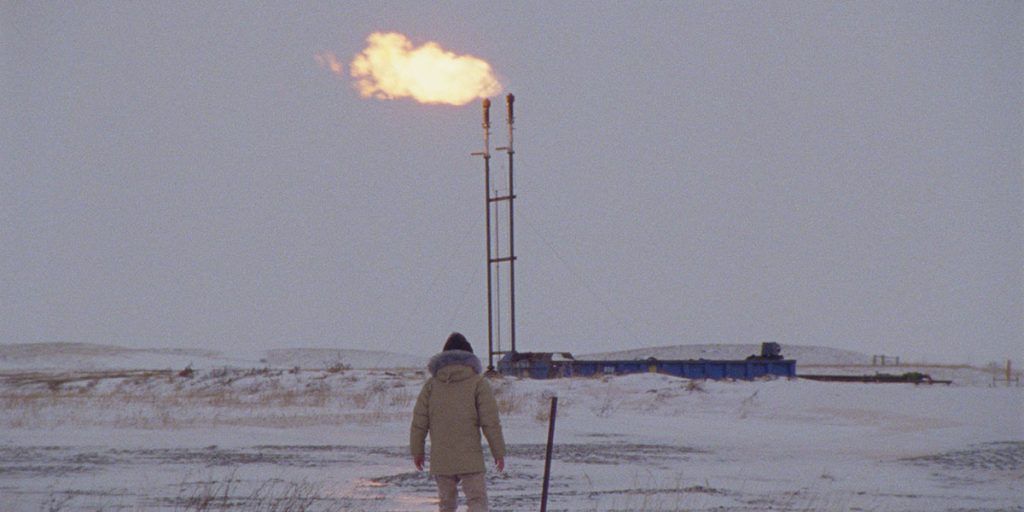 Describing a specific film as “a miracle” is redundant. The filmmaking process is a herculean effort that requires excessive amounts of luck, timing, talent, and money. Every film can be classified as a miracle, so to insist that How to Blow Up a Pipeline feels like a miraculous film, more than any other film seen at TIFF this year, is saying something. In an industry where the fight between art and commerce tends to favor the latter, Daniel Goldhaber’s sophomore feature feels like a shot of adrenaline for the opposition–a conceptually appealing and politically daring thriller that fits the definition of “this would never get made” while successfully arguing that it needed and deserved to.

Pitched as an Ocean’s Eleven for the climate crisis, the film is adapted from Andreas Malm’s 2021 manifesto of the same name in which he argues for property destruction as a necessary form of social justice. In a rare feat of adaptation, Goldhaber and co-writers Ariela Barer and Jordan Sjol have taken a work of non-fiction and dramatized the spirit of its activism into an ensemble heist narrative. Centered on a group of young people who conspire to destroy part of an oil pipeline in Texas, the film is a deceptively straightforward piece of quality entertainment, but it’s also a galvanizing work of radicalism. In a moment where property destruction is still hotly debated, this quality thriller will do more to incite change in the hearts of naysayers than any documentary could. Reminiscent of Reservoir Dogs, the film’s story kicks off right from the jump and artfully sprinkles flashbacks throughout to illustrate backstories. It largely begins with Xochitl (Barer, who does triple duty as a co-producer as well), a disaffected young activist who is ready to take the leap into violence. She inspires fellow student Shawn (Marcus Scribner), in many ways the audience surrogate, to join her cause. At first, he thinks it’s unrealistic and immoral to resort to property destruction; however, as the plan becomes more attainable and the unfairness of the fossil fuel industry becomes clearer, he is inspired to take on a strong leadership presence in the group.

There’s no instruction manual for ecoterrorism, so the two assemble a team of wide-ranging personalities and specialists, including Michael (Forrest Goodluck), a Native homemade explosives expert, and Dwayne (Jake Weary), a local Texan familiar with the land, amongst others. Despite property destruction often being reduced to a progressive talking point, Pipeline’s cast of characters cover a wide range on the political spectrum; Xochitl is a staunch leftist, but Dwayne would be classified as closer to a southern-bred conservative. What connects them is disenfranchisement by the climate crisis: Xochitl lost her mother in a heat wave and Dwayne’s property is targeted by the government as space for additional piping.

This is just one example of the wide-ranging mosaic of motivations and backgrounds that makes Pipeline’s exploration of the effects of the climate crisis complex and engaging. It’s also another intentional effort to make this topic accessible to just about anyone. Thanks to lived-in performances and a great group chemistry, part of which involved improvisation on-set, the entire ensemble makes the political personal in a way that elevates the film’s central caper. As each character vignette further complicates the mission, what does become clear is that climate change affects all of us, no matter where we fall within its reach.

Goldhaber and team also know that a great way to instill fear about the climate crisis is to instill fear, period. Pipeline exerts a tight grip on its own suspense, methodically pacing twists and turns exactly when uncertainty is at its most thrilling. Editor Daniel Garber knows exactly when to cut to a character vignette and when to keep the action propulsive; it’s a tightrope act that is walked with incredible precision. Combined with Gavin Birik’s deliciously tense and atmospheric score, as well as Tehillah De Castro’s palpable 16mm cinematography, Pipeline is a technical achievement in every way.

Small in scope but explosive in execution, How to Blow Up a Pipeline is one of the year’s most exciting films and one of the few anti-establishment films that feels like it got past the sensors. When even the smallest progressive victories on film can feel deeply sanitized by studio mandates, Goldhaber and team effectively capture our current moment of social justice, gritty and unpolished in its urgency. Fully committed to its own philosophies and ideas up until its rallying cry of an ending, Pipeline shines with the same stirring confidence as the manifesto that inspired it and is sure to send shockwaves in the same vein.

How To Blow Up A Pipeline had its World Premiere in the Platforms section of Toronto International Film Festival 2022. The film has been acquired by Neon for distribution in 2023.

Daniel Goldhaber’s sophomore feature is a cinematic achievement that will surely galvanize audiences to reconsider their stances on property destruction and the climate crisis.