I, Too, Blame Society: Gillian Wallace Horvat’s ‘I Blame Society’ is a Wonderful Dark Satire About Sexism in the Entertainment Industry 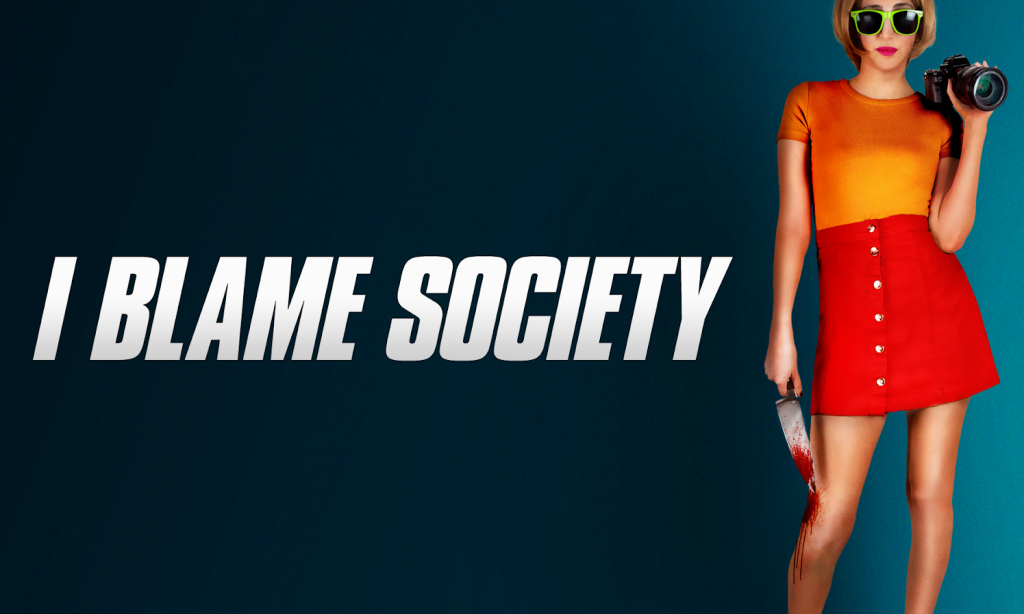 I Blame Society grabs you from the opening scene and does not let go. Once the title splashes onto the screen at the very end and the credits roll you’ll find yourself thinking about this in between nearly every social interaction, if not during. Taking immediate inspiration from a real-life compliment given to the writer & director Gillian Wallace Horvat that she would make “a good murderer,” the filmmaker solidifies that concept by following her character taking this compliment to an extreme; her character Gillian (a fictionalized version of herself) spins it towards various degrees of fucked up.

It’s a condemning and darkly entertaining look into the illusion of progress & true inclusivity in the film industry. Projected by male-dominated film studios to feel compliant and progressively reactive to opening opportunities, previously (and still presently) reserved for men, to female filmmakers all largely exist on the surface. Here’s a hypothetical situation: a woman is hired on to direct a film, but this could very well have been set up earlier as a project without a director, based on a script penned by a male friend of one of the producers (who does not normally meet qualifications any given studio would impose) so it would look progressive by installing a female director. The issue henceforth is “resolved,” and sexism conquered. Such is the world that Horvat’s I Blame Society is set. In other words, an exact mirror of our own.

The film stands strong from the beginning, an otherwise lengthy conversation kicking off the proceedings where Gillian focuses her thoughts into a pitch to her male friend, in which she would follow and visit him at his house to plot a hypothetical murder of his girlfriend. We learn along with Gillian’s friend that his girlfriend has been deemed toxic, and deserving of such a fate. Her friend is visibly unnerved by this and begins to protest, nevertheless Gillian presses harder. She finds herself purposefully bursting through personal boundaries as an indicator that she’s on the right track to pick apart what makes a perfect murder. Gillian regards the technical aspects of this early on, such as time of day, breaking into a specific area of a house or apartment and tools needed to do so, but her focus becomes bent more towards the interpersonal and socioecological than the physical logistics of a simple B&E.

The way that Gillian goes about her obsessive plans in the film are disturbing, yet presented in a way that communicates her sense of humor in a sardonic manner. Horvat sounds through her character Gillian to imbue the on-screen horror with an off-handed light-heartedness, that which expertly disarms the feeling of things getting too dark or serious. At one point Gillian practices her breaking-and-entering skill on an actress’ home, rewarding herself with wine she finds in the fridge and sits on the bed while she sleeps, enjoying the fruits of her labor. The humor here is an important distinction as viewers who are familiar with Man Bites Dog, the 1992 film co-directed by Benoît Poelvoorde, Rémy Belvaux, and André Bonzel, may note that the difference in tone here is much deeper a dig to get to for its comedic relief. In some ways I Blame Society echoes responsively off of the French mock-documentary, but only up to a certain place, as each makes points all their own about the societies they each inhabit.

Horvat’s character Gillian takes on an entire film crew’s job herself as well, setting up her phone in one corner for a wide shot, a GoPro camera for a point-of-view angle using other sources to cut away to such as security cameras for other angles of coverage. She even rigs a wheelchair to a pulley system to achieve a tracking shot, moving in dramatically on her subject. As she gets more involved in the technical goings-on of her own film her appetite for staging a single murder grows into multiple, later becoming a self-made filmic journal of herself choosing male victims to kill. The thing that brings this all together is a meeting Gillian has with an independent film studio to pitch her fleshed-out idea to them. They respond with a vague intrigue that encourages Gillian to push forward with her work. The studio heads then introduce an alternative for her to direct a script that one of their friends wrote, much like the above hypothetical. But in her head she has made her pitch known and will make the film she wants to make, and nothing will stop her from presenting it.

The first murder occurs about halfway through the film and circumstances surrounding the death affect Gillian in such a way that dictate her detachment from approaching this project in any impartial manner. She becomes emotionally invested, blurring the boundaries that originally put her behind a wall of relative safety. She becomes her own subject and is aware of it, and that’s where the film’s satirical edge really comes into its own. Not only does her attitude change dramatically over the course of this but she undergoes a physical transformation, further removing herself from reality. The film’s performances are honest, mirroring people we’ve all seen and noticed unapologetically making their views known without regard for repercussions. In the back of our minds we may judge them, some more harsh than others, but when consequences are dismissed by those who feel exempt by them, Gillian says it best: “He has to die.”

I Blame Society is currently available to stream of Shudder.