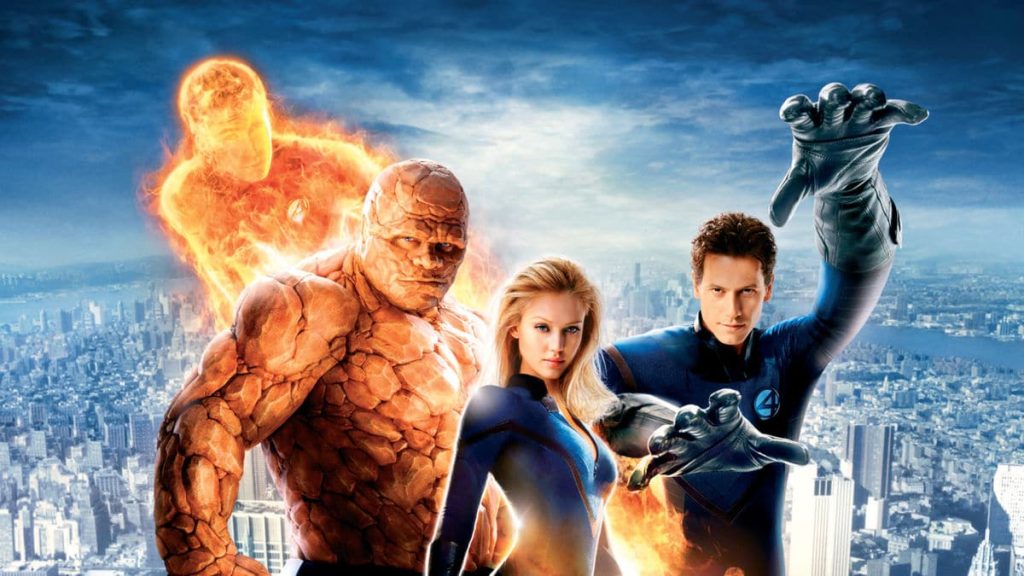 Superhero movies were few and far between before the era of the Marvel Cinematic Universe. Prior to 2008, most of the comic book films involved Batman or Superman. Slowly, other superheroes started making their way to the big screen. There were a few Punisher movies, that awful Daredevil film, and some kickass Blade movies. We had a few Spider-Man projects and the first X-Men movie came out in 2000. In the middle of the early 2000s, the awkward superhero time before the MCU and DCEU, was Fantastic Four (2005). A little campy, very early 2000s, and one of those films that comic book fans like to make fun of now. Back in the day, though; Fantastic Four was one of the only superhero iterations we had. It was before connected universes; back when we were happy just to get a sequel or two from something. What I’m saying is, I liked the 2005 Fantastic Four and I’m here to defend it.

I Support the Casting

Fantastic Four stars Ioan Gruffudd as Dr. Reed Richards/Mr. Fantastic, Jessica Alba as Sue Storm/Invisible Woman, Chris Evans (Captain American himself) as Johnny Storm/Human Torch, and Michael Chiklis as Ben Grimm/The Thing. Let’s cut to it right now, the costuming was not that bad. Considering some of the horrific CGI we’ve seen in recent comic book movies and shotty costume designs on the TV front, I liked what I saw.

The Thing had practical VFX, the fire for Johnny looked good, and Julian McMahon’s Victor von Doom/Doctor Doom’s costume was world’s better than the 2015 counterpart. All in all, looking back, the costumes for the movie had the same feel of say, the original Spider-Man’s and the original trilogy for the X-Men.

Seriously, These Actors Were Iconic in These Roles

What was nice about Fantastic Four was that the actors and everything else surrounding it did make it seem like everyone took this project seriously. Not too seriously, but at least at a professional level, whereas there are some flops that are so sloppy it’s offensive. No, these actors played their parts and I think they each brought their characters to life. We like to poke fun at anything previous to the MCU (which I love), but less we forget that in 2015, fans kept comparing the castings for 2015’s FF to 2005’s FF. If the movies were so horrible and they were so “miscast” why were they the pedestal in which 2015’s castings were compared to?

Gruffudd’s Mr. Fantastic is who I see when I think of the character. Maybe because he was the first live-action adaptation of Reed Richards, but I think he did a “fantastic job”. Of course, none of these actors will reprise their roles when eventually brought into the MCU, so we all know that a new Mr. Fantastic will be cast. Who do you think should take the part? I’m completely open to John Krasinski getting the role. Anyway. We often forget Alba was a large actress some years ago (fifteen years at this point, Jesus), but I think she did a great job as Sue Storm. Of course, it is heartbreaking to hear that Alba dealt with a fair share of sexism while filming the movies, so on that front, shame on FF.

It is funny to think of Evans as anyone else in the comic book world other than Captain America, but he was a lot of fun as Johnny Storm. Evans seems to really have cut his teeth in movies by playing the sort of “jackass”, playboy, arrogant guy who no concept of consequences. All of those qualities went into his performance as Johnny Storm; he’s not supposed to take himself seriously, but, at the same time, he’s a valuable part of the group.

As I said before, I liked the look of Chiklis’s The Thing a whole lot better than 2015’s iteration. I also loved the conflict the character went through, considering the drastic physical change he went through that differed from the others’ experiences. I also adored the developing storyline with Kerry Washington’s Alicia Masters.

Did You Actually Dislike the Movie Or Do You Hate on It Because It’s Popular to Do So?

All in all, I enjoyed Fantastic Four (2005). It’s still a fun movie to put on and watch, with almost an endearing quality to it; due to kind of standing on its own and not having to make a bigger statement other than just being a movie. Plus, a great Stan Lee cameo.

You can watch Fantastic Four (2005) on Hulu and relive the pre-MCU and pre-DCEU days!