The Indie Comics Spotlight is a series that aims to bring attention to independent comic books, publishers, and creators deserving of wider recognition. In this installment, we speak with John Schell, the creator of the upcoming fantasy comic, The Last Wand.

Tristian: Hello John! Thank you for taking time to speak with Geek Vibes Nation about your comic, The Last Wand. Could you tell our audience a bit about yourself and your comic book?

John: My name’s John Schell and I’m a new comic book creator. I’ve always loved to write as I find it therapeutic and a way to escape when I need a mental escape from the hardships of life. With that being said, I recently finished the production of my first published comic book called “The Last Wand”. It is filled with fantasy, mystery, drama, and action.

The story is about a young boy named Keon who finds himself drowning in depression, as he blames himself for the death of his younger sister. Despite this tragic event, he lives a fairly normal life until a beautiful elf named Azreal arrives on earth, and gives Keon The Last Wand. She reveals to Keon that he is the king of an ancient elven world, and that he is the one who enslaved Abbadon, the most powerful Dark Lord to ever live.

Tristian: What made you want to create your comic book?  What were some of your inspirations?

John: Since I was a kid, I have often found myself getting lost in my imagination. I found that comics were the best way to visually present those stories and adventures to everyone else.

As for my inspirations, I take inspiration from everything in my life and the lives of others around me. I know that’s vague, but here is an example of what I mean:

I recently started writing a new comic book  called “Lofi & Beats”. The inspiration came from my love of listening to music while I write, in this case, Lofi dubstep. The story follows two adorable Alien pets named Lofi and Beats. They are owned by two famous gods, Zeus and Hera. The two pets begin to feel neglected and decide to escape. During their escape, they accidentally destroy a black hole (Portal of the gods) and annihilate all the gods in existence, although they never find that out, ha! After zipping through the black hole, the two species must band together to find a new home on the beautiful planet they arrive on. It’s cute, it’s fun, and it expresses so many emotions. I am planning on having the story mostly art driven with minimal text. This way the reader can listen to Lofi music and it won’t be a distraction. Who knows, maybe I’ll have a custom track made for the series.

Tristian: What are some of the highs of producing your own comic? How do you deal with the lows?

John: Some highs would be just the feeling of accomplishment and the joy of getting the book into the hands of the readers. Also, it is wonderful to feel like you’re part of a great community while getting to interact with others who love comics as well.

As for the lows, there have been a few. Working my butt off to pay for my book has been tough. There were many times where I was so tired it was hard to balance the making of comics with the extra hours I had to work. There was also the speed bump of when my artist’s computer crashed, and we lost a ton of progress… but we worked through that and overcame it.

Tristian: What’s it like collaborating with an artist? Are there any difficulties? If so, how do you deal with them?

John: Well, I’m from America and my artist is from Portugal, so there have definitely been challenges. I would say that the biggest challenge has been the amount of extra money I’ve had to spend on the transfer of USD to Euros, along with the payment fees. I believe I spent roughly 3k extra in fees. There were many times where I definitely thought about trying to find a different artist in the states, but as my relationship grew with my artist,  I realized that everything we were doing was worth the extra fees. Other than that, things have gone rather smoothly. I’ve found that you need to give your artist artistic freedom and trust their judgment.

Tristian: Where can our audience connect with you online and find your work?

My social media is a as follows:

Early sign up page for my first comic book is:  https://www.kickstarter.com/projects/thelastwand/the-last-wand?ref=clipboard-prelaunch 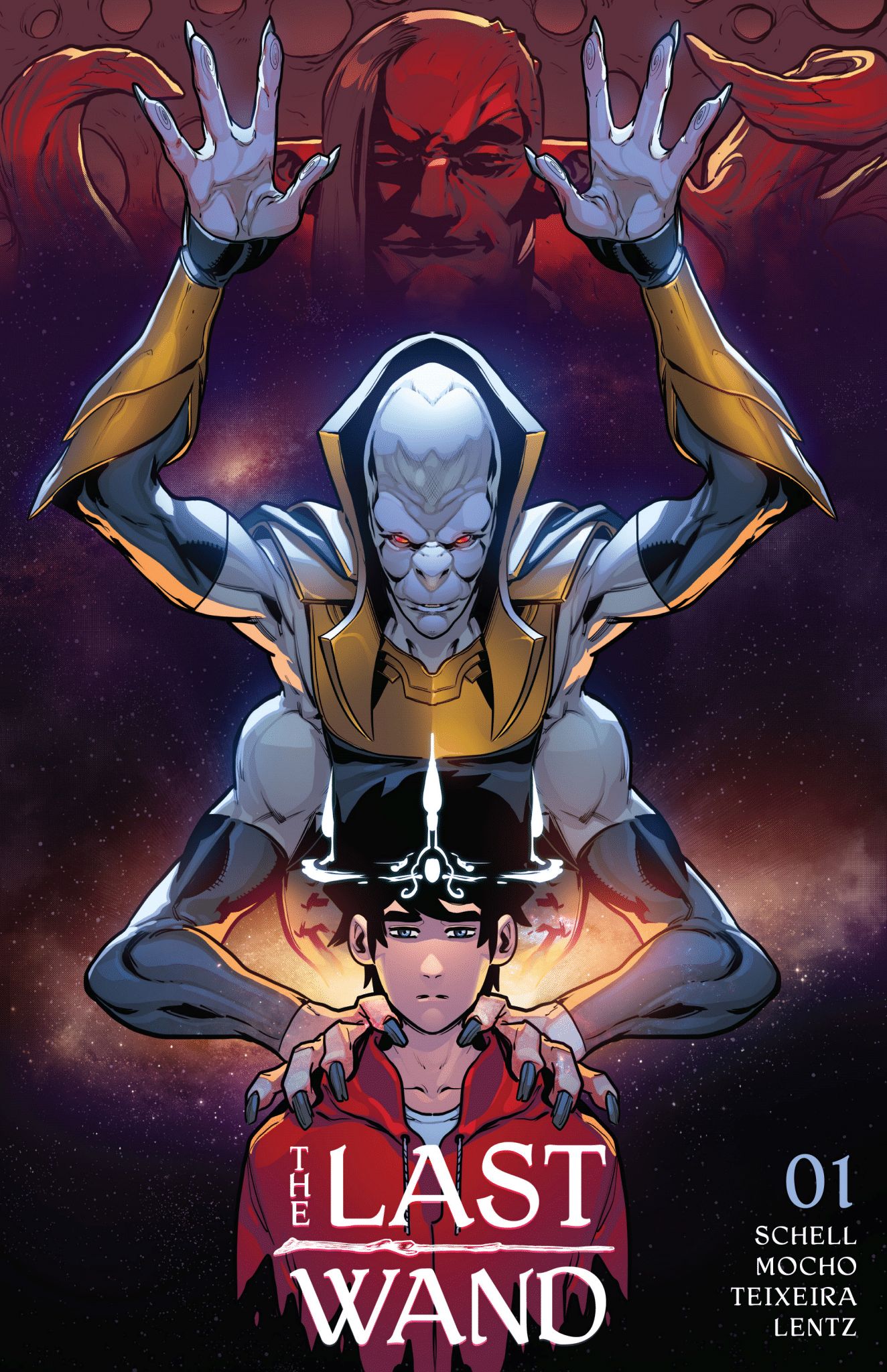