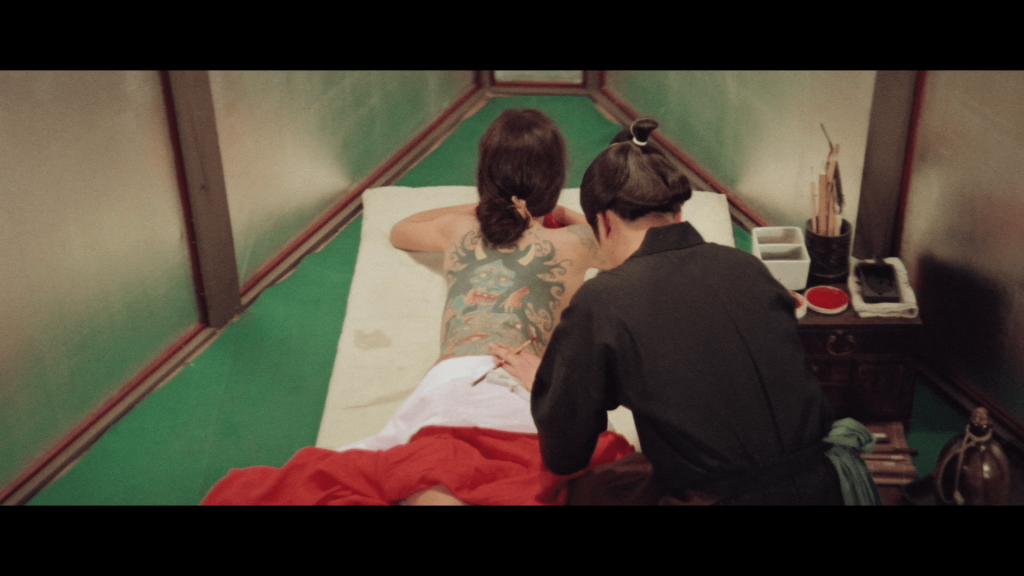 As a lover of film, you often feel like you have sufficiently explored the many genres the world has to offer. After you have immersed yourself into traversing the human condition with Ingmar Bergman or the bizarre beauty of David Lynch or the emotional journey of Satyajit Ray, you are fairly confident you are prepared for most things. That is, until you are served up a Japanese film from the Ero guro subgenre that combines the erotic with the grotesque. While nowhere near a prude, this particular brand of exploitation film was a new entry into my cinematic repertoire. The film in question was 1969’s Inferno of Torture, a film in the so called “Joys of Torture” series from director Teruo Ishii. There are two things to know going into a film like this: there is copious amounts of nudity and a truly startling amount of violence against women. Witnessing the latter on such a prolonged scale is not my idea of a good time, but I attempted to view this film as in the context of the genre the best that I could manage.

Inferno of Torture opens up with a credit sequence featuring a series of shocking depictions of women being crucified, impaled and beheaded. This offer a quick jolt to your senses, but does not really have much of anything to do with the remainder of the film. Those looking for a compelling plot should temper their expectations, as the narrative proves to be a bit erratic and difficult to follow with plotlines and characters dropped with reckless abandon. The story centers on a brothel where tattooed women are in high demand. The brothel is run by madam Otatsu (Mieko Fujimoto) and her sadistic lackey Samejima (Haruo Tanaka), who take in women to be tattooed and tortured, and then sold into slavery to a businessman called Clayton (Yusuf Hoffman). The backs of new talents serve as the perfect blank canvas for famous tattoo artist Horihide (Teruo Yoshida) and his fierce rival, Horitatsu (Asao Koike). Their rivalry is the real driving force of the film, but everything around this plot of dueling tattoo artists just feels so unnecessary. 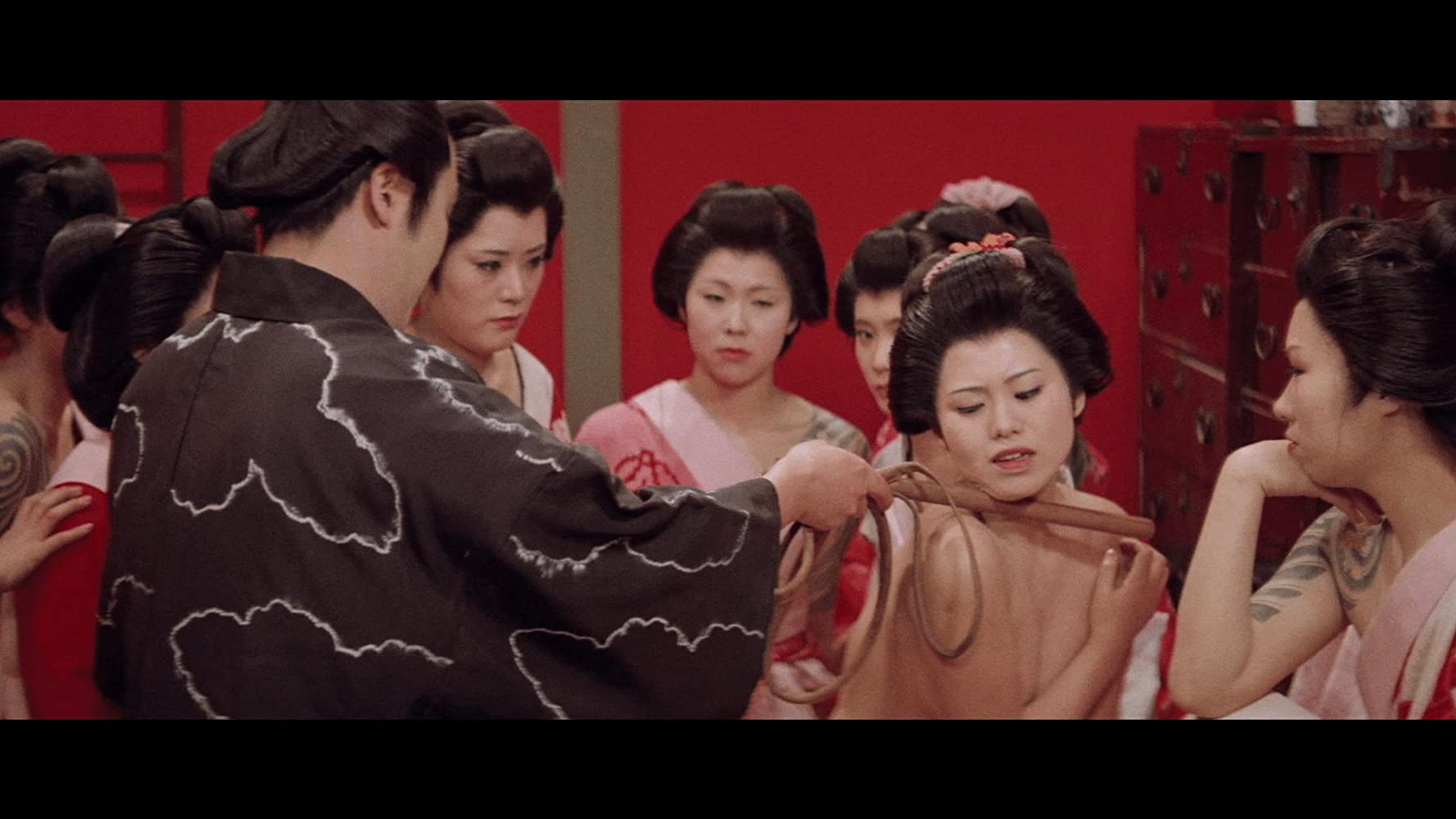 On one level, the scenes of women being strewn up naked and beaten with wooden poles are not really compelling for someone against the idea in general. But, after some research, this film also seems to not work completely for those who really love exploitation flicks. This film is actually too tame with the torture for a great number of these fans, which leads to a lot of comments saying the film is a bit dull. The movie does have quite the repetitive nature to it that feels a bit indulgent. The movie also forces a love story between one of the slaves and the tattoo artist that feels a bit ridiculous. While the artist in question is arguably the “nice” one of the two, neither are an option that seem even remotely believable. The film is very visually minded, from the enticingly shot bodies of these beautiful women to the impressively intricate designs of the tattoos, but that should not a justification for a messy plot that hops from one issue to another in an instant.

When viewing this film objectively, there are some interesting aspects that I could understand would be enticing to the right group of people. The actual tattoos on display are intricate and beautiful to witness when the canvas is not being subjected to any form of torture. There is a pretty mind blowing sequence near the end of the film where glow in the dark tattoos are employed that will wow you. Even for fans of the genre, I do not believe this ranks among the strongest entries in the series. The lack of a satisfying plot really hampers what could have had more resonance in some respects. This is not a genre I am likely to revisit very often, but those who already know they love this stuff will probably respond more enthusiastically than I have. 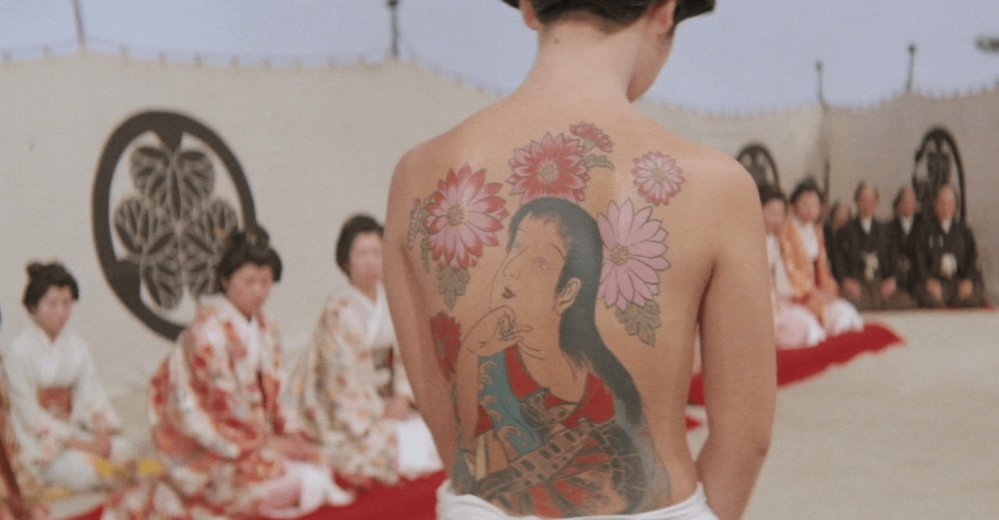 This new Blu-Ray from Arrow Video gives Inferno of Torture an AVC encoded 1080p transfer in 2.35:1 derived from a restoration by Toei. The film has pretty nice grain structure that preserves the filmic look of the picture, showcasing solid details in the brothel and in the bustling markets. The color timing seems to have a slightly yellow push to the image. Colors show up on the screen nicely, especially in the colors during the glow in the dark sequence. Black levels hold up pretty well with some admirable depth to the image. Some shots contain noticeable softness, but is contained to only a small portion of the shots. There is no apparent damage to be found in this presentation with only minor instances of dirt and specks in the image. Overall, Arrow has done quite a nice job with this title.

This Blu-Ray comes with an LPCM 2.0 mono track in the original Japanese (with optional English subtitles). Dialogue sounds perfectly clear without sound effects or the score trouncing on important information. The moans and screams of torture are given the appropriate weight within the mix. The soundtrack comes through nicely in relation to the competing sounds. This is not a particularly dynamic presentation, but it presents everything accurately without damage or other unwanted issues. 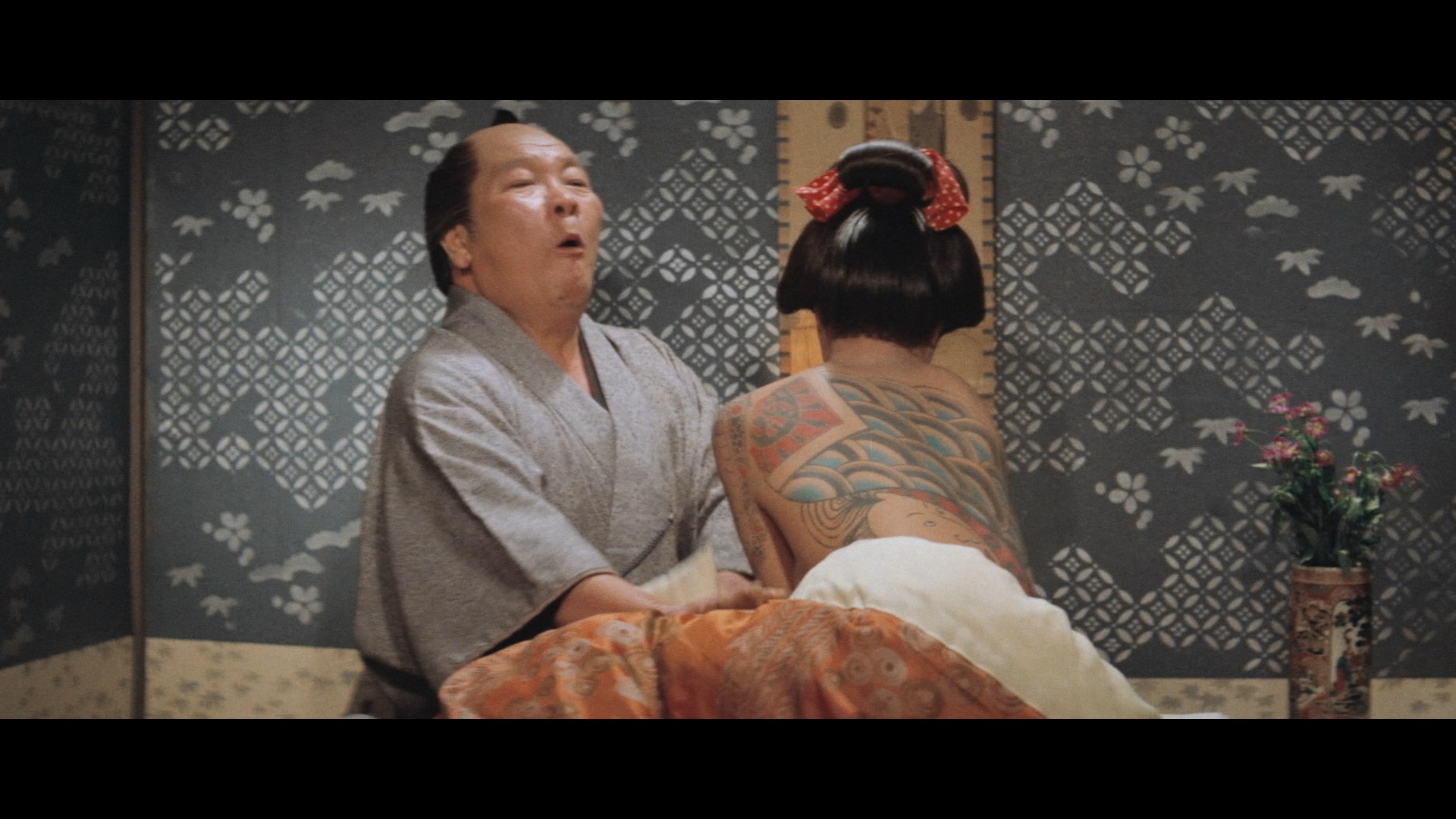 Inferno of Torture is a film for a very specific audience that appreciates the grotesque practices at play. The film has some stunning works of tattoo artistry, but that does not fully make up for a scattershot plot. If you already know you enjoy watching films with scores of naked Japanese women being treated in the worst ways, then you probably already have this in your shopping cart. Arrow Video has admittedly put out a pretty fantastic Blu-Ray with a good A/V presentation and interesting supplemental features. Just know what you are getting into before diving in!

Inferno of Torture is currently available to purchase on Blu-Ray.