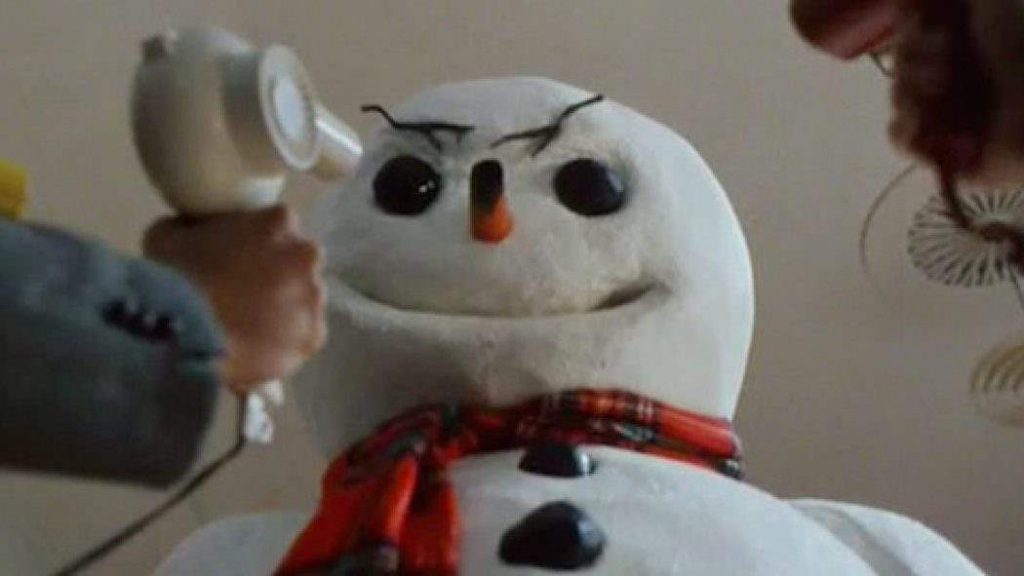 Jack Frost (Scott MacDonald), the chiller killer is back and he’s mad as hell. An accidental lab experiment resurrected the evil snowman, but this time, the crystal killer can’t be stopped by fire, bullets or even his worst enemy, chemical anti-freeze. With revenge on his mind, Jack sets out to finish off his nemesis, Sheriff Sam (Christopher Allport), who is vacationing on a Caribbean island. Sam’s balmy paradise turns into a Winter Terrorland when Jack freezes the island and quickly ices everyone around him. No one can stop the chilling killing spree when Jack can travel as lethal liquid or fatal, frosty flakes. Just when you thawed it was safe to go back in the fridge!

For thoughts on Jack Frost 2, please check out our discussion on The Video Attic here.

Jack Frost 2 makes its long-awaited Blu-Ray debut via the MVD Rewind Collection with a 1080p(?) transfer that is a real oddball. The film is presented in 1.78:1 and does not appear to have had any major restoration done. The general look of the film is akin to that of a daytime soap opera, perhaps attributed to some early digital cameras. Although advertised as a 1080p (progressive) presentation, the actual disc seems to indicate it is a 1080i (interlaced). The digital appearance is more distracting than if there were nicks and scratches present from a film stock. The transfer does not appear to suffer from any major damage, but there are some distracting lines that persist throughout the runtime. That is not to mention the general softness of the feature as a whole. The presentation lacks great detail in the production design and texture of costumes. The film sports a fairly vibrant color palette that at least pops a bit here. The black levels reveal a good deal of crush and artifacts. This is not the most beautiful presentation, but this is likely due to the condition of the source material more than anything.

What is worth noting is the botched inclusion of a censored version of the film. Unbeknownst to MVD Entertainment, the licensor gave them the censored version instead of the unedited version with some more carnage that you expect from the killer snowman. According to reports on social media, the company has already confirmed that they will gain access to the unedited master and will implement a replacement program in the near future. This post will be updated with the replacement information once it is concrete, but also stay tuned to the MVD Entertainment social channels for the latest news.

MVD Visual brings us this new Blu-Ray with an LPCM 2.0 track that offers a great audio experience that easily beats the video. The dialogue holds up quite nicely, coming though clearly without being stepped on by the ridiculous score or various goofy sound effects. The environmental effects are delineated nicely including the sound of the boat engine and the noises of the little killer snowballs. The action in the film does not shake the room, but it delivers a strong enough punch to keep the events interesting. This track does not present with any glaring instances of age related wear and tear. This is a track that represents the film in a very pleasing way. Optional English (SDH) subtitles are provided on this disc. 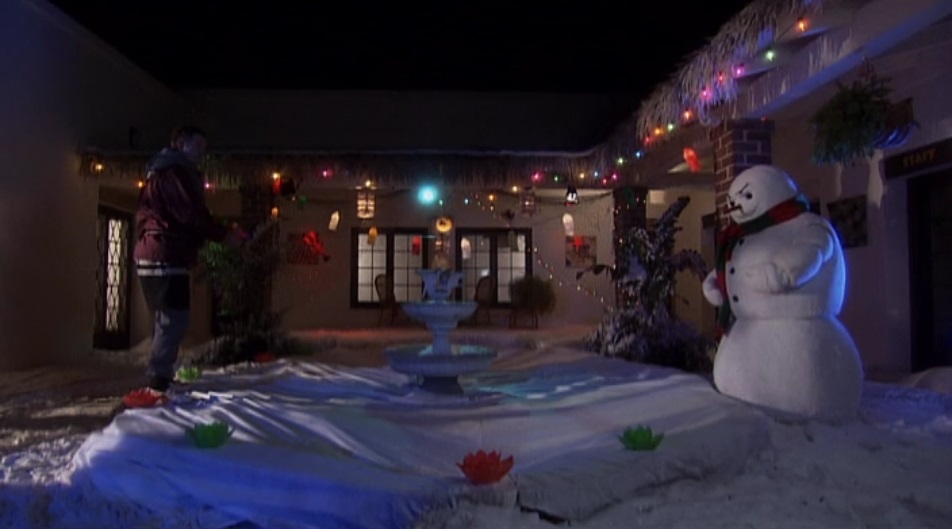 Jack Frost 2 is a feature that takes the campy original film and dials it up to eleven for the sequel. The humor can be a bit too forced on this second go around, but there are some moments ripe for ridicule which could be saved by a rowdy group watching experience. If you generally cannot find the fun in a terrible movie, stay far away because this movie is genuinely a mess on all levels. MVD Entertainment has released a Blu-Ray with a wonky A/V presentation and a terrific assortment of special features. There are some major issues with this release as is, but it should be improved once the replacement program is implemented.

Jack Frost 2 is currently available to purchase on Blu-Ray and DVD.

Disclaimer: MVD Entertainment has supplied a copy of this disc free of charge for review purposes. All opinions in this review are the honest reactions of the author.