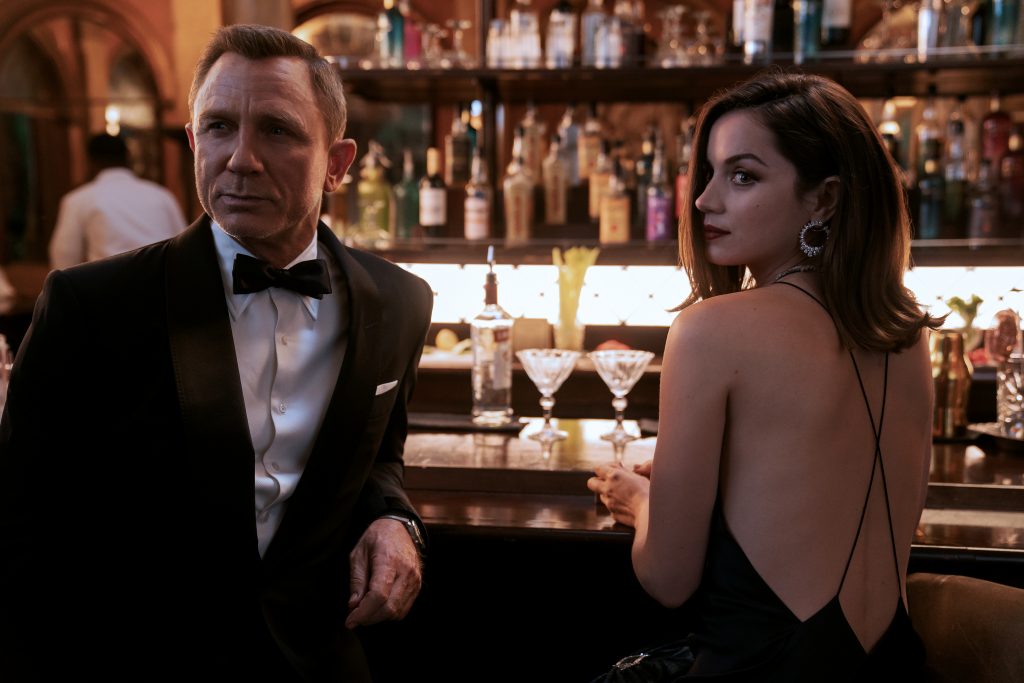 For the past 60 years, James Bond, the charismatic and dashing Ian Fleming character, has graced the silver screen, captivating audiences with his devil-may-care attitude, lethal fighting skills, smooth moves with the ladies, and an uncanny ability to save the world from destruction over and over again. From Sean Connery to Pierce Brosnan, each actor that has taken on the role has brought his own unique style to the character and left an indelible mark on the blockbuster franchise.

And since Daniel Craig announced that he will finally be stepping down as the world’s most famous spy after his fifth outing as Bond in No Time To Die, the internet has been awash with suggestions over who could take on the role of 007 next.

Recently, this speculation has been turned up a notch after the official Instagram account for Ian Fleming Publications published a cryptic post stating that “an announcement” will be made on October 5, the anniversary of Dr. No’s release. 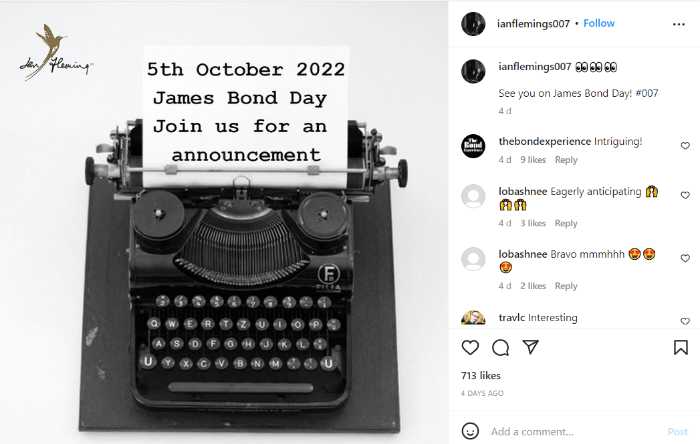 Of course, this has reignited the debate over who would make the perfect James Bond and we’ve decided to put our two cents in, only this time, we had a helping hand…

Putting a face to the (code)name

When discussing who should or shouldn’t be the next James Bond, the conversation usually starts and ends with looks. Can they pull off a tuxedo? Are they tall and young enough? Do they have the right jawline?

It’s all very superficial, but remember, this is cinema we’re talking about.

With that said, it’s extremely difficult to say for certain who would be best in the role without first seeing them don the infamous black tuxedo and order a vodka martini (shaken, not stirred). And the rumor mill has been swirling for years. However, rather than waiting for EON Productions co-owner Barbara Broccoli to make up her mind, we decided to take matters into our own hands.

Recently, we heard about an ingenious artificial intelligence (AI) feature that was added to the Facetune application called “Fan Casting.” Using the tool, developed by Lightricks, you simply input a celebrity name, movie title, and the name of a character in that movie, and the AI will render a unique image of your request. It’s pretty mind-blowing, to say the least.

Naturally, we saw this as a perfect opportunity to put together a “fan cast” of sorts, to help us explore some alternate versions of reality by visualizing how each of the actors rumored to take over as Bond might look in the role. So, without further ado, here are some AI-generated images of different actors playing James Bond in some of the most beloved films in the franchise.

In many ways, Peaky Blinders gave us a good insight into what Murphy is capable of as an actor. Not only is he able to convincingly play a cold-blooded killer, but he also has the suavity and charm needed to play James Bond.

With the finale of Peaky Blinders season 6 airing earlier this year, it could be the perfect time for Murphy to make the transition from small-time gangster to international superspy.

However, when questioned about the possibility of him playing Bond back in 2019, The Irish actor seemed to rule himself out of the running. 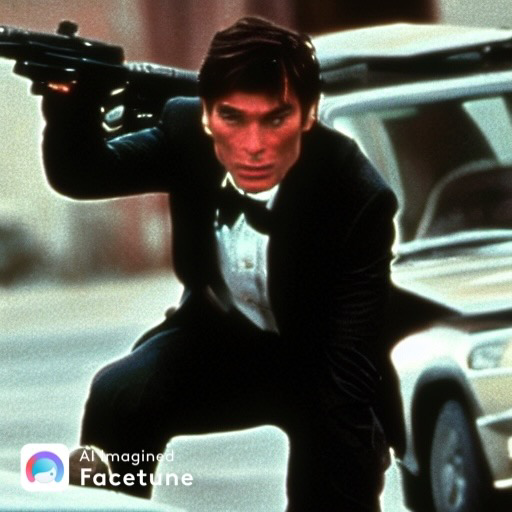 “There’s two things I’ll say about that,” Murphy said. “Firstly, there’s a whole other industry which is completely separate from the film side of things, and that’s the bookies. The second thing I’d say is that I think it should be a woman, which rules me out.”

With that said, Broccoli has previously said that she thinks the role will almost certainly be given to a man, which means that seeing Cillian Murphy as 007 is still not entirely out of the question.

“I think it will be a man because I don’t think a woman should play James Bond,” she told the press this summer. “I believe in making characters for women and not just having women play men’s roles. I don’t think there are enough great roles for women, and it’s very important to me that we make movies for women about women.”

Sam Heughan (The Spy Who Loved Me)

A somewhat late addition to the party, Sam Heughan has been tipped to be the next James Bond in the wake of his breakout role as Jamie Fraser in Outlander. Heughan certainly has the looks for the role, and he’s also proven that he can handle action scenes with ease.

In addition, he has the Scottish charm that would be perfect for a Bond origin story set in the highlands (a la Sean Connery in From Russia with Love). 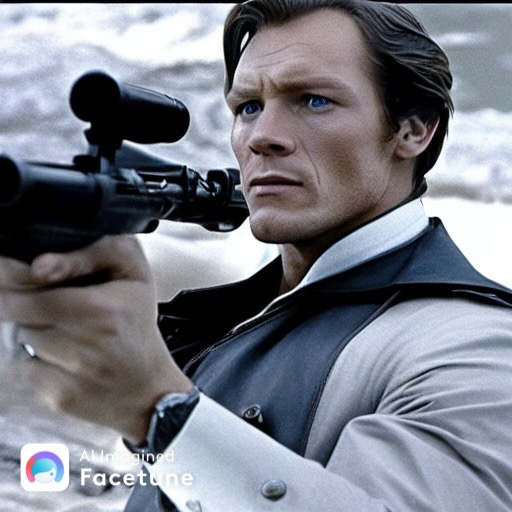 Sam himself agreed with this very notion, saying that he thinks “the role’s fantastic, and I’d love to throw my oversized hat into the ring again. It’d be nice to see a Scottish Bond again.”

At 42, he is on the older side for a James Bond actor, but that didn’t stop Daniel Craig from first stepping into the role at 38.

You have to admit, the AI has done a great job with this one. There is something about Tom Hardy wearing that gray tuxedo that just screams “Bond, James Bond.”

Potentially the highest profile name on our list, Hardy has long been touted as one of the leading candidates to replace Daniel Craig as the globetrotting superspy. 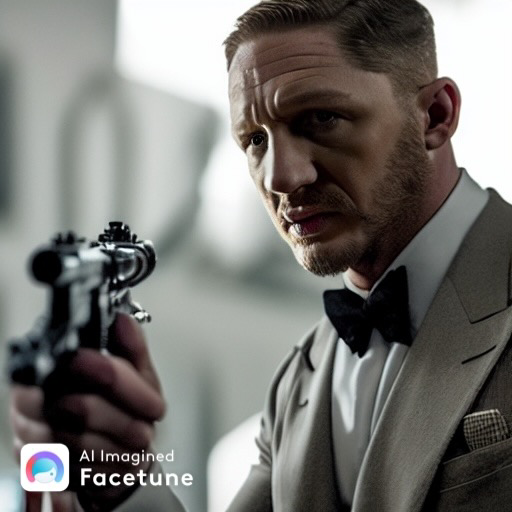 Hardy has the necessary acting chops, he looks great in a suit, and he’s even got experience playing a secret agent, having starred as British intelligence officer Ricki Tarr in the critically acclaimed movie, Tinker Tailor Soldier Spy.

When asked about the role, he offered nothing more than a simple rebuttal, saying “I don’t know about that.” Whether his lips are sealed due to a strict NDA or he’s just not interested in the role, only time will tell.

After famously missing out on being cast as Thor to his brother Chris, could Liam Hemsworth be in line to take on another iconic role?

It’s not as far-fetched as it might sound. Hemsworth has the looks and the charm needed to play James Bond, and he’s also shown that he can handle action scenes with ease, having starred in blockbusters such as The Hunger Games, The Expendables, and Independence Day: Resurgence. 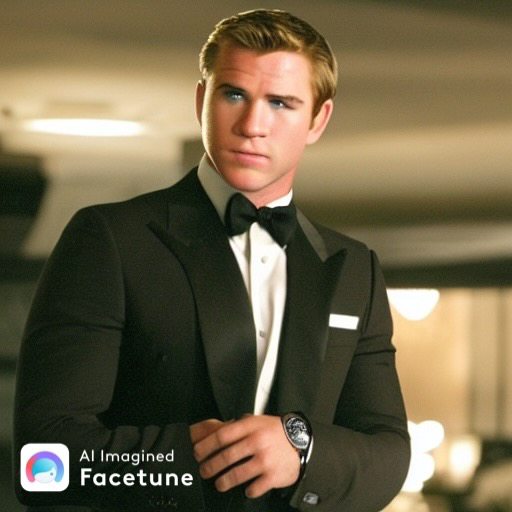 Could Liam follow in the footsteps of George Lazenby and become the second Australian James Bond in franchise history?

Elba is no stranger to playing tough characters. He has starred in a number of action movies, including Pacific Rim, The Suicide Squad, and Thor: Ragnarok. He also played the lead role in the BBC crime drama Luther, for which he earned a Golden Globe nomination.

If Elba were to take on the role of James Bond, he would be the first black actor to do so. While this would be a diversion from how the character has been traditionally portrayed, it could also prove to be a refreshing change. There’s no denying that Elba has the charisma and the talent to pull off the role, and it would be interesting to see how he would approach it. 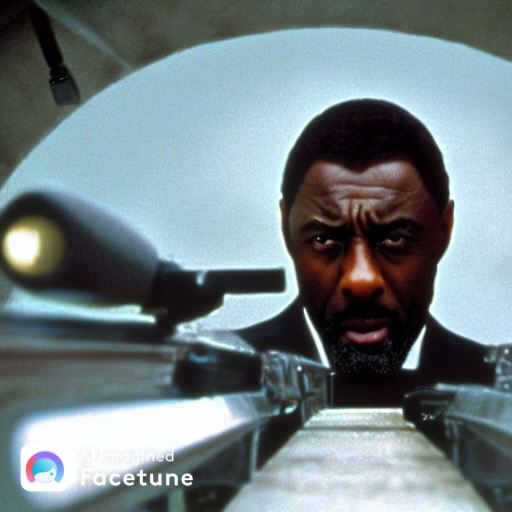 Funnily enough, Elba has long been teasing fans about his possible appointment as James Bond, after he tweeted an image of himself with the caption “my name’s Elba, Idris Elba,” which sent fans into something of a frenzy. However, he was quick to backtrack, after he shut down rumors circulating around about him becoming the first black James Bond. “Don’t believe the HYPE,” he tweeted.

Still, it’s not impossible to imagine Elba taking on the role, although at 50 years old, he might be considered too old for the part.

Thanks to the power of AI technology, fans can finally get to see their favorite actors portrayed as the iconic character of James Bond. While it doesn’t give us a definitive answer as to who the next James Bond will be, it’s certainly fun to see who the various frontrunners donning a tuxedo and superimposed into some of the franchise’s best films.

Hopefully, it won’t be too long before we find out who the next James Bond will be, and in the meantime, we can all just enjoy speculating about it.