Plot Summary: A pagan village, founded on the bones of both innocent and foul, is deeply rooted within the heart of an ancient Eden. When a balance of flesh and soil decays, the last surviving village elder battles madness and the macabre to save her people from not only themselves, but the monstrous judgement that burrows up from below.

Folk horror is probably my favorite type of horror movie. That’s a great thing, as lately we’ve been blessed with some amazing films. The VVitch, The Wailing, The Ritual and Midsommar are all horror outings that have rightly earned a spot as classics in the genre. What’s really interesting about the sub-genre is how it really does vary in some very interesting ways depending on the region. Yet, there is a common spider-like web that connects them. On a broader scale, these films explore the darkness in the woods, but more overtly the darkness that haunts our souls.

Jikirag comes from Canada, and, due to its period setting, it feels like it is trying to tap into Robert Egger’s The VVitch. Sadly, it never reaches those glorious heights. First and foremost, though, I want to give the filmmakers a lot of credit as, from a technical standpoint, this brooding tale is for the most part very well done. Visually, the movie has a creepy look that is brimming with atmosphere, and therefore builds some palpable tension. The twisted forest and small village easily set the stage for some solid frights. For what I assume was a modest budget, the costumes and production design are really on point here. It’s tricky when dealing with a period film because it is always going to be more expensive, but moreover, you really have to be precise in order to not shatter the illusion.

It’s a gamble, but thankfully one that pays off big time here. I never felt like anything took me completely out of the film’s reality, at least from a purely visual aspect. Much like the aforementioned The VVitch, Jikirag squarely aims to make the dialogue feel very realistic for the time period as much as possible. This aspect works quite well in truly selling this not simply as a corny B-movie but rather a well-worn relic overflowing with superstition and paranoia. The authentic tone is maybe the best thing this movie has going for it outside of its great cinematography.

I’m very sad to say that this is where the praise ends, and the movie has a lot of problems from a pacing and screenplay standpoint. Without even looking at the credits, I could tell that this movie had multiple writers and multiple directors, which ultimately leads to the movie struggling to have a clear identity. The main thesis of the movie seems to be a pro-environment one, which I think on the face of it is not bad. The pitfall of this comes in two ways: how you deliver the message and how you balance said message with the entertainment? Jikirag fails on both fronts. Whilst I think the film has an important statement to make, the films isn’t subtle about its proselytizing. This might not be bad in the abstract, but the movie really goes all in on this message and therefore the balance is thrown off. The pacing is also sluggish, and at nearly two-hours long, I couldn’t help but lose interest. It’s hard to engage with the plot and really connect with any of the characters.

Jikirag thrives with a great production design and rich worldbuilding. However, with too many cooks in the kitchen, this folk horror films feels like it’s always as odds with its own story. The end result is an aimless and not very scary film. 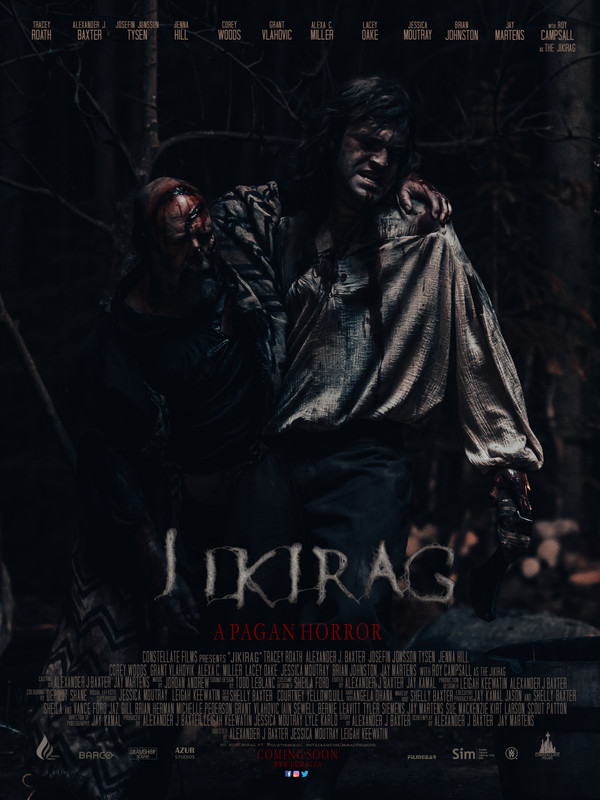 Jikirag thrives with a great production design and rich worldbuilding. However, with too many cooks in the kitchen, this folk horror films feels like it’s always as odds with its own story.