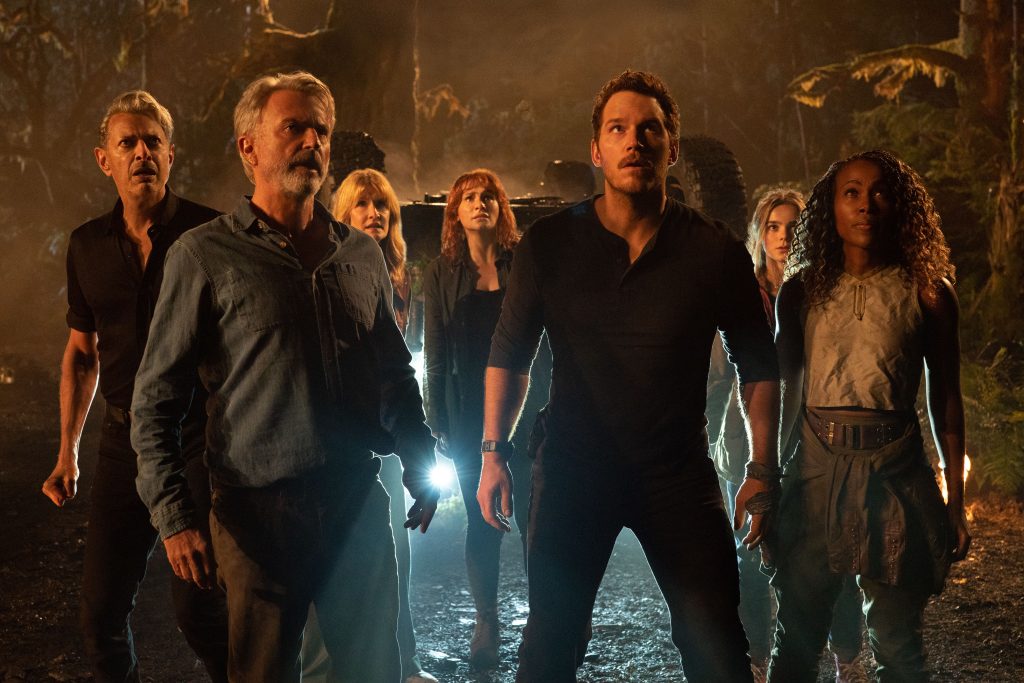 From Jurassic World architect and director COLIN TREVORROW, Dominion takes place four years after Isla Nublar has been destroyed. Dinosaurs now live—and hunt—alongside humans all over the world. This fragile balance will reshape the future and determine, once and for all, whether human beings are to remain the apex predators on a planet they now share with history’s most fearsome creatures.

No one man should have all that power. That’s a line from Kanye West’s Power and it’s as true now as it was then. Power corrupts and we know this. It’s especially true of unchecked power and immense wealth. Yet, we ignore history and all the signs. We allow smooth or fast-talking, disingenuous platitudes, and baseless promises to trick us into acting against our best interests. A dog can be cute and cuddly and still rip your face off. Most people in powerful positions start off wanting to do good and help people. However, somewhere between demanding respect and greed, their entire world becomes about control, bad compromises, and complete perversion. The fixes are quite simple, but you have to do the work yourself. Step one, don’t be scum. That is all.

“Is that a dinosaur on your shoulder?”

Imagine waking up one morning and along with the birds chirping and the squirrels playing Frogger on the road, a juvenile Stygimoloch headbutts your neighbor’s knee as they walk to their car—hilarious. Now, we got a taste of the dinosaurs in suburbia reality in the second original film, The Lost World: Jurassic Park but now it’s everyday life. Years after Jurassic World: Fallen Kingdom, a multitude of different dino species migrated and now coexist with humans. Ahh, a real Jurassic World, the title is finally meaningful. Too bad this interesting dynamic isn’t fully explored. Directed by Colin Trevorrow, Jurassic World Dominion is exactly what you’d expect, and that’s the problem. We want off the island. This is a film that initially sets up and presents a fantastic Tyrannosaurus rex-sized problem, but instead opts to make a hard left crashing into a prehistoric issue that has nothing to do with teeth, talons, or roars. It still lives in the realm of someone attempting to play god for their own benefit, but it should’ve been a spinoff. With that said, there is plenty of dino screentime and a few new species that we haven’t witnessed, however, they are far from the focal point.

If you’re worried that you won’t see Blue or the undefeated champ that is the T-Rex, fret not. Of course, you get to see your favorite carnivores, for seconds at a time. This final entry of the trilogy is an action-packed rescue mission/clandestine operation where dinosaurs are merely an obstacle. While the primary plot dances around subject matter that conspiracy theorists can sink their teeth into, I don’t believe it’s what fans of the franchise want. We come for the dinosaurs, so give us dinosaurs in abundance. And when we did get them, it felt exactly like past films, there was nothing new and exciting added. All the scenarios were the same. I know I sound a tad more negative than usual, but the film can still be enjoyable. The action scenes are loud, fast, and intense, there are a few dino fights, the plot is actually interesting even if misplaced, and DeWanda Wise makes it all worth it. It’s nice to see Black characters be written as heroic without having to be a superhero. There are some really cool visuals, the score is grandiose, and there are some horror elements that harken back to Jurassic Park. Speaking of nostalgia, the moments are hit or miss as are the chemistry and jokes. They weren’t able to fully capture that original spark, but they sure did try—maybe too hard. The story unfolds a bit too conveniently in a very noticeable way. It tends to lower the stakes a bit and can take you out of the story as it becomes laughably predictable. It’s hard to completely dislike a film that involves such cool-looking and interestingly-dangerous animals, but they almost succeeded. Casual moviegoers may enjoy the film, but I think diehard fans of the franchise will be slightly disappointed. Its rewatchability is low.

Unfortunately, this film feels incredibly long. The first act itself feels as if it could be half of a shorter story. Once we get to the meat of the movie and the action starts, the pace picks up. I think it goes without saying, seeing dinosaurs is what popped for me. I’ve always been a fan of prehistoric creatures and reptiles in general. What made it even better is that we got some updated carnivores. As we’ve learned over the last decade or so, some dinosaurs probably had feathers and are closely related to present-day birds—especially chickens. The film took that into consideration and provided us with some new ferocious feathered favorites. They’re pretty awesome.

While the cast is full of familiar and beloved characters, it’s those that are new to the franchise that steal the show and outshine the rest. As I said previously, the chemistry felt off and forced at times. It felt as if two different action films were blended together in a very odd and lifeless way. Fortunately, DeWanda Wise as Kayla and Mamoudou Athie as Ramsay is there to save the day in more ways than one. Kayla is an ex-military pilot who now works for the highest bidder. She’s badass, confident, and quick on her feet. Even while working for some shady individuals, she can’t help but do the right thing. Ramsay is an immensely intelligent employee of the biotech company Biosyn, the company of interest. Little does his eccentric and mysterious boss, Lewis Dodgson (Campbell Scott) know, he sees and knows everything that’s going on. While the rest of the cast has moments where everything is clicking, some of the payoff moments aren’t earned. That includes the weird kiss. 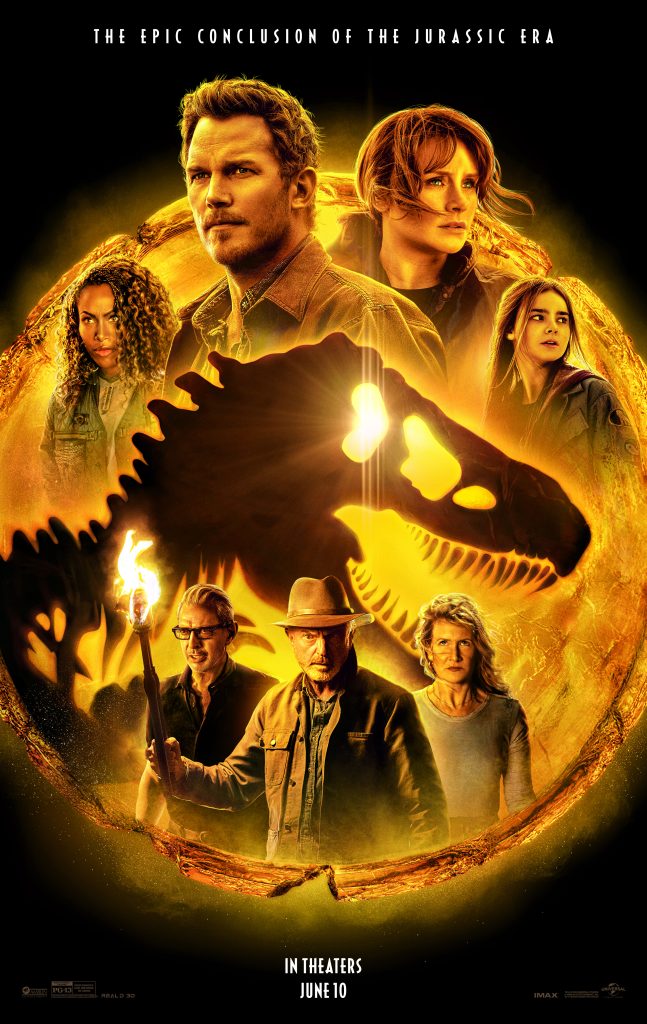 Jurassic World Dominion is exactly what you’d expect, and that's the problem.