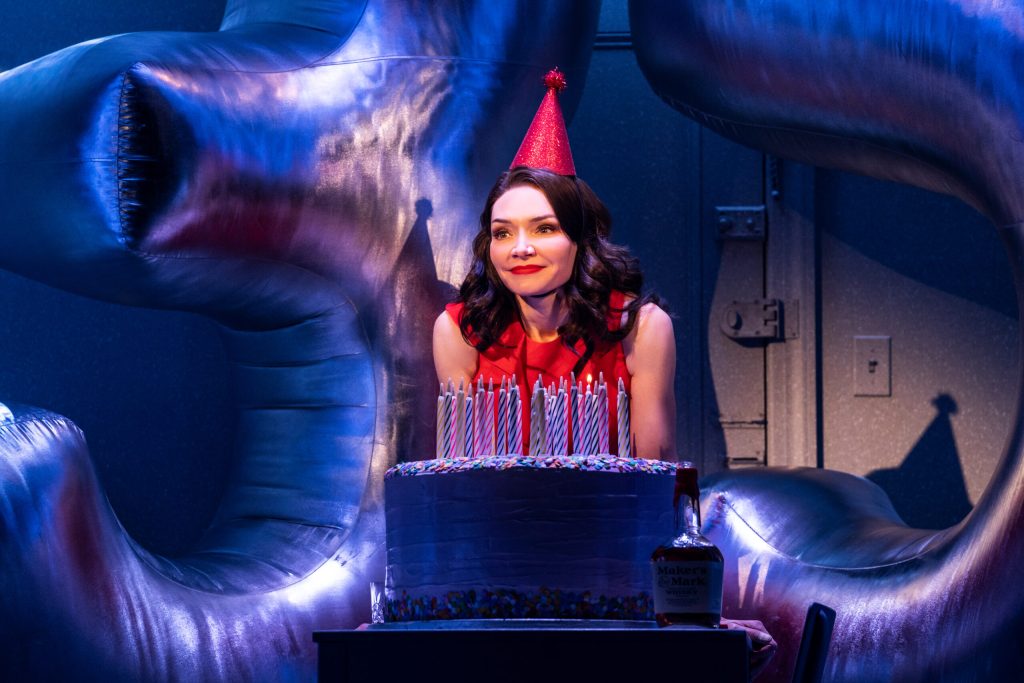 Nominated for nine Tony Awards, Marianne Elliott’s revival of Stephen Sondheim’s classic musical, Company, is the talk of the town. Elliott’s production reimagines the show’s main character, Bobby, as a 35-year-old woman (Bobbie, played by Katrina Lenk), bringing an entirely new dynamic to this beloved show. And PBS’s new documentary, Keeping Company with Sondheim, takes viewers behind the scenes of this innovative revival. Featuring loads of footage from various productions of the musical and a host of interviews with the cast and creative team of the current revival, Keeping Company with Sondheim delivers an intriguing glimpse at the creation of this production as well as an emotional love letter to the late, great Stephen Sondheim. You’ll laugh, you’ll cry, and you’ll be wowed by all the talent on display.

Breathing New Life into a Classic

Keeping Company with Sondheim follows the cast and creative team of this new revival from their early pre-pandemic rehearsals, through Broadway’s eighteen-month-long shutdown, all the way to the show’s opening night last November. It’s as much a behind-the-scenes look at the staging of this production as it is a retrospective of Company as a whole and an examination of its themes. In many ways, the original production of Company was startlingly autobiographical. A musical about an unmarried 35-year-old man making his way through New York City in 1970, surrounded by married friends, and written by an unmarried gay composer. It’s the story of someone who feels like an outsider amidst his friends and how he eventually learns to be vulnerable and open to intimacy. But how does this journey differ if the main character is played by a woman instead of a man?

It’s a question that intrigued producer Chris Harper and director Marianne Elliott. And it’s a question this documentary spends a lot of time exploring, ultimately concluding that it simultaneously changes the show in quite fundamental ways while also remaining true to its spirit. As a fan of the musical, it’s beyond fascinating to hear the cast and crew of various productions discuss all the ways the show’s impacted them. From the current cast discussing the dynamics of Bobbie’s new arc and the various tweaks to other characters (like transforming Paul and Amy into Paul and Jamie, giving “Not Getting Married Today” a whole new layer of delicious drama) to members of the original cast reminiscing about how powerful that original production was. Keeping Company with Sondheim just exudes love – for all incarnations of Company, itself, and for the very act of reimagining classic theatrical works.

A Loving Retrospective of Sondheim

The whole film is as much a love letter to Company as it is to its creator, Stephen Sondheim. While I suspect most of the documentary was filmed prior to his death late last November, so much of it focuses on both Company’s legacy and Sondheim’s that it’s hard to avoid that elephant in the room. But honestly, the documentary is far more joyous than it is depressing. There’s just such an outpouring of love from the cast and crew both old and new – and from some of Sondheim’s friends and contemporaries, like Cameron Mackintosh and Lin-Manuel Miranda – that it’s hard to be sad for very long. Between the colorful anecdotes and deep dives into Sondheim’s influence, you can just tell how much love and respect everyone who worked with Sondheim had for him, and it’s genuinely moving.

But what’s even more moving is getting to see some of Sondheim’s final interviews interspersed alongside archival footage of him talking about the show. Seeing those final interviews with him, and hearing him talk about this show in his own words, is a deeply emotional experience. I’m not afraid to say that there were multiple points where I cried a bit while watching this. In many ways, the original production of Company changed the game for musical theater, and getting to focus on Sondheim’s influence over the form, especially now, is both joyous and emotional. These little moments take what would otherwise be a well-crafted behind-the-scenes documentary and transform it into this glorious examination of the legacy of a show and its creator.

Not a Lot of Footage from the Revival

That being said, if you’re expecting to see tons of footage from this new revival, it’s best to temper your expectations. While Keeping Company with Sondheim makes liberal use of clips from the revival, often pairing them with archival clips from the 1995 and 2006 revivals and the beloved Original Cast Album: Company documentary, it tends to lean more heavily on its interviews. And honestly, that’s to the film’s benefit. Keeping Company with Sondheim mostly uses footage from the new production to underscore some point it’s trying to make about whatever theme is being discussed. And that restraint adds to the impact the footage has. Getting to see a little bit of Matt Doyle’s performance of “Not Getting Married Today” or Katrina Lenk’s “Being Alive” as they’re talking about the challenges that come with performing those numbers offers the kind of juxtaposition that hardcore theater lovers long for.

Keeping Company with Sondheim is available on the PBS app as part of the current season of Great Performances.

"Keeping Company with Sondheim" offers an intriguing look behind the scenes of the current gender-flipped revival and a loving retrospective of its original production and the man who created it, Stephen Sondheim.