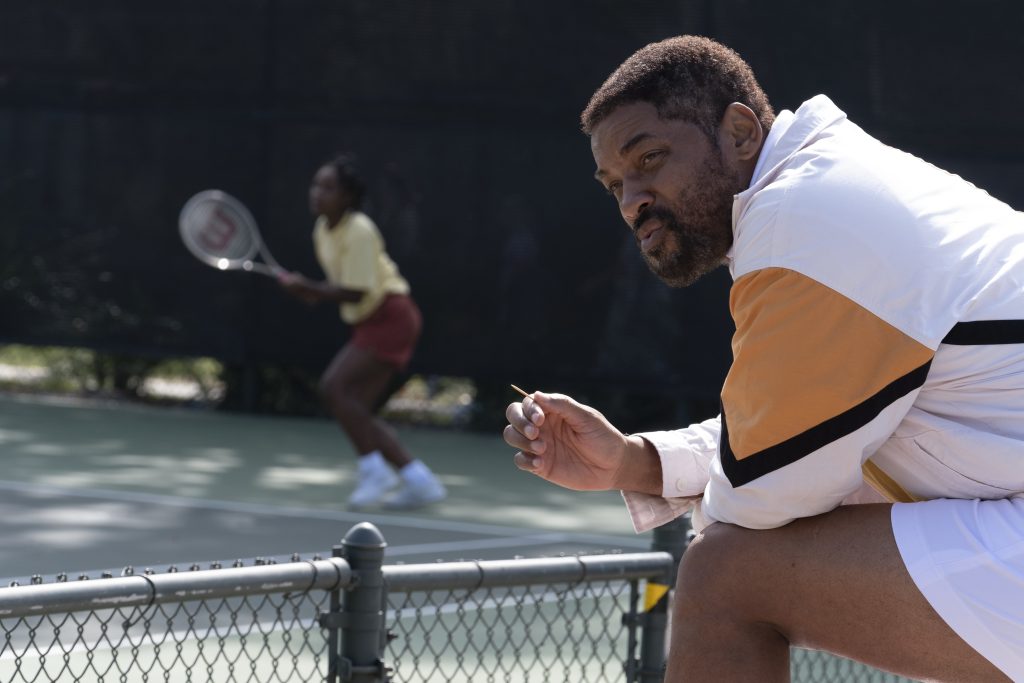 Based on the true story that will inspire the world, “King Richard” follows the uplifting journey of a family whose unwavering resolve and unconditional belief ultimately delivers two of the world’s greatest sports legends.

We often talk about haters being used as motivation but rarely do we focus on the love and encouragement. Yeah, it’s cool to prove all the doubters wrong, but what about proving your supporters right. We tend to overlook the cheers from admirers and the people we care about the most because we expect it, but take a second look. Those with a fondness for you shouldn’t be taken for granted. They cheer when no one else will, believe in you when you stop believing in yourself and take time away from their personal lives to make sure that you know there is someone in your corner. So, next time you need a kick in the rear to get you going, think about those day-one supporters and win for them as well as for yourself.

“This world ain’t never had no respect for Richard Williams. But they gonna respect y’all.”

We often forget that while parents have to teach and guide their children, the parents themselves are learning as well. King Richard is a perfect example of that. Starring Will Smith who delivers a powerhouse performance, King Richard is not your average sports drama biopic. While the film is centered around the young life of two of the greatest athletes in history in Venus and Serena Williams, its focus is on their father who helped get them there. From harsh times that molded him as a man, Richard Williams was determined not to allow his daughters to fall for the tricks and traps of the world that already had out for them. Motivated by love, fear, and hope, Mr. Williams wanted greatness for his children and was going to mold and cultivate their talent until they reached their full potential. Nevertheless, while being highly motivated can get you to where you want to be, that tunnel vision can also blind you to glaring problems. You can teach someone how to fly but you can’t fly for them. This is a film full of emotion, plenty of life lessons, and some great performances.

While Richard Williams isn’t a man without flaws, the story chooses to highlight more of the positive things while only touching on the negative. Moreover, it is a story of perseverance and inspiration so it makes sense optically and for the purposes of time to not dwell on negativity. The film also serves as an extension of conversations that we continue to have in the Black community due to an unbalanced societal norm. Full of charm, wit, goosebump-inducing speeches, King Richard has blessed us all. I immensely enjoyed this film and the positive messages it delivers. Its rewatchability is high.

The pacing is perfect. There’s a great balance between his personal journey as well as the journey he takes with his daughters. What popped for me was seeing this Black family prevail in spite of all the obstacles they had to face. It was refreshing to see an Oscar-worthy film that features a Black cast not be about slavery or focus solely on some type of trauma.

Will Smith just became the front-runner for Best Actor with this moving performance. Smith is back in peak form as he fully commits and transforms for the role as he becomes Richard Williams. He walks like him, speaks like him, and the accent is on point. I don’t believe anyone could’ve done a better job other than Mr. Williams himself. Then there is Oracene Williams, the matriarch of the family played by Aunjanue Ellis who is the anchor of the family. I’m a phenomenal outing, she is quietly and stoically the film’s conscience. Without her, it would’ve all come undone. I really enjoyed Saniyya Sidney and Demi Singleton as Venus and Serena, respectively. They have bright futures ahead of them. And lastly, we have a fantastic performance by Jon Bernthal as Rick Macci. He brings some of the levity as he plays off of the more controlling performance of Smith. Showcasing his range, Bernthal shows that he is able to play more than just a badass.

King Richard released in theaters 0n November 19, 2021, and on HBO Max via the Ad-Free plan; it will be available on HBO Max for 31 days from the theatrical release. Stay safe and enjoy. 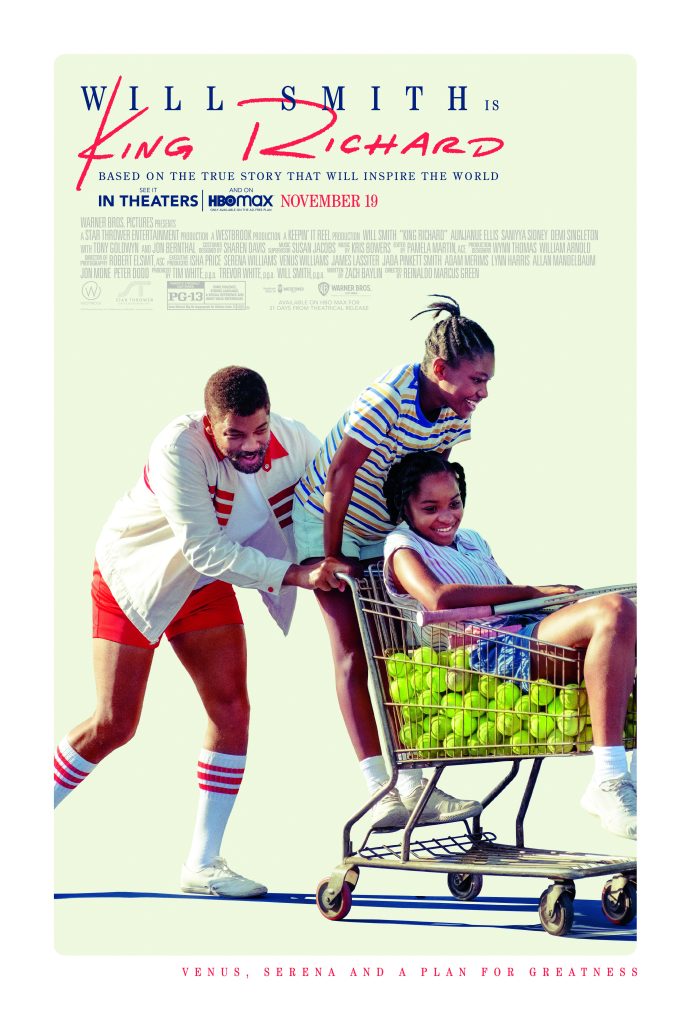