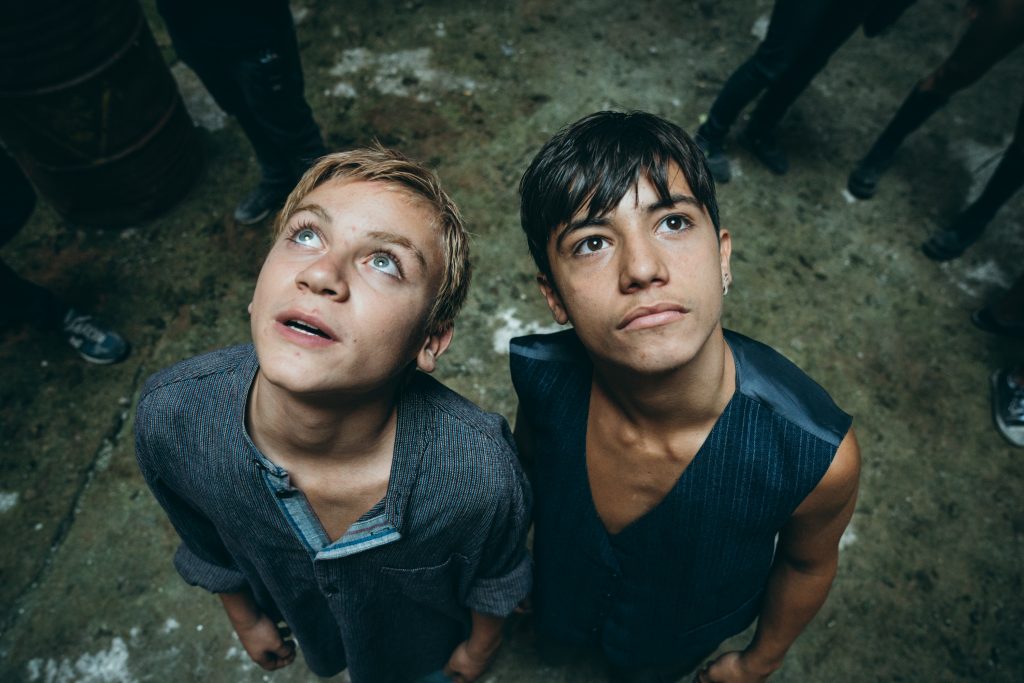 Kino Lorber has unveiled some of the details of their July 2022 Blu-Ray and DVD releases from their Kino Lorber, Kino Classics, Cohen Media Group, Zeitgeist Films, Good Deed Entertainment and Greenwich Entertainment imprints. Get all the details on this incredibly packed lineup below: 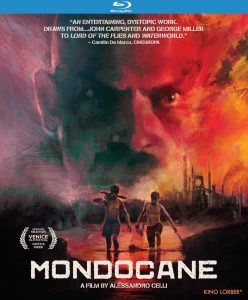 Synopsis: In the not-too-distant future on Italy’s southern coast, the city of Taranto has become a toxic wasteland ruled by warring gangs and surrounded by barbed wire, where best friends Mondocane and Pisspants dream of escaping their hardscrabble existence for a better life. Opportunity knocks when Hothead, the charismatic and dangerous leader of the Ants gang, recruits the two boys and gives them everything they fantasized about. The friendship begins to splinter as Pisspants displays a surprising talent for mayhem and quickly rises through the ranks. With an obsessed cop hounding the gang, and Hothead becoming increasingly unhinged, the boys barrel toward a confrontation that will determine if their bond is strong enough to survive. Recalling everything from Mad Max to Lord of the Flies, director Alessandro Celli’s thrilling feature debut is a stylish post-apocalyptic vision. 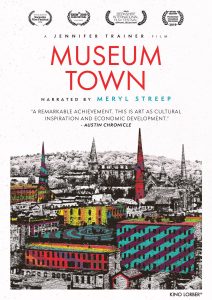 Synopsis: Directed by Jennifer Trainer, a former journalist and one of MASS MoCA’s original builders, and narrated by Academy Award® winner Meryl Streep, the documentary tells the story of an unconventional museum, the small town of North Adams, MA it calls home, and the great risk, hope, and power of art to transform a desolate post-industrial city.

Today, MASS MoCA is the largest museum for contemporary art in the world—but just three decades ago, its vast brick buildings were the abandoned relics of a shuttered factory. This documentary tells how such a wildly improbable transformation came to be. Museum Town also looks at the artistic process itself—not only how museums work but how artists create, tracking celebrated artist Nick Cave as he builds the monumental installation “Until,” a reflection on gun violence, race, and the American Dream.
In addition to Nick Cave, the documentary features appearances by artists James Turrell, Laurie Anderson and David Byrne, with original music and soundtrack by John Stirratt of Wilco, featuring songs by Talking Heads, Sharon Jones, Big Thief, Wilco, Moses Sumney among others. 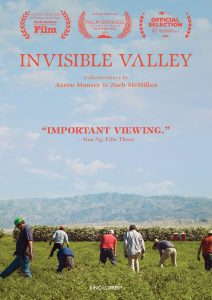 Synopsis: Invisible Valley weaves together the disparate stories of undocumented farmworkers, wealthy snowbirds, and music festival-goers over the course of a year in California’s Coachella Valley. In exploring the Valley’s history as well its imperiled future, this riveting documentary uncovers an imminent environmental and social crisis, and the looming consequences for the people who call it home. 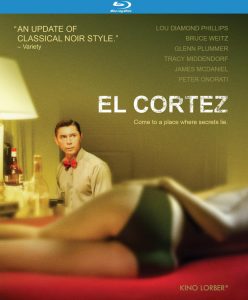 Synopsis: El Cortez is the story of an autistic man who attempts to start a new life after his incarceration. After five years in a prison for the criminally insane, Manny (Lou Diamond Phillips, La Bamba) returns to Reno. He moves into a motel and takes a job as a clerk at the Hotel El Cortez. He is befriended by Popcorn (Bruce Weitz, Hill Street Blues), a crippled prospector who seeks his help to persuade Russo (Peter Onorati, Goodfellas), a wealthy gambler, to invest in Popcorn’s gold mine. But Manny cannot escape his past and is soon caught in a labyrinth that leads to a murderous triple cross. 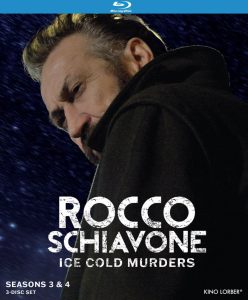 Synopsis: Based on the best-selling series of novels by Antonio Manzini, Rocco Schiavone: Ice Cold Murders is a devilishly entertaining Italian crime series that follows the idiosyncratic adventures of cranky and unorthodox detective Rocco Schiavone (Marco Giallini). In Seasons 3 and 4, the irascible Schiavone becomes increasingly isolated in the Alpine town of Aosta, investigating bizarre murders far from his beloved home city of Rome – involving ex-priests, casinos, and a particularly exhausting case at a hospital where he is scheduled to have an operation. Though he remains skilled at solving the crimes of others, he is unable to quiet his own demons, which threaten to overturn his life. 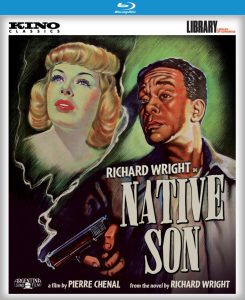 Synopsis: One of the most controversial novels of its day, Richard Wright’s Native Son (first published in 1940) exposed the injustices of urban African-American life, witnessed through the eyes of Bigger Thomas, whose violent tendencies and moral confusion were the natural result of a lifetime of deprivation. In prison for murder and sentenced to death, Thomas reflects on the circumstances that led to his fate. Kino Lorber presents a new restoration of the 1951 film version of the novel, directed by Pierre Chenal and starring Richard Wright as Bigger Thomas. It is presented in association with the Library of Congress, Fernando Martin Peña and Argentina Sono Film. When it was initially released in the U.S., Native Son was heavily censored by regional state/municipal censor boards where it played. A complete 16mm print of the original Argentinian release and an incomplete 35mm duplicate negative of the uncensored cut were combined for the current restoration, the most complete version of Native Son ever shown in the United States. 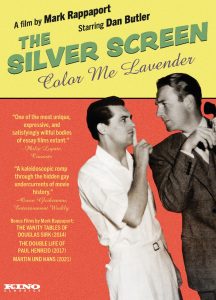 Synopsis: From the ground-breaking director of Rock Hudson’s Home Movies and From the Journals of Jean Seberg, The Silver Screen: Color Me Lavender is another witty and enlightening essay on the gay undercurrents of Hollywood’s Golden Age. Dan Butler (Frasier) acts as tour guide as he uncovers a squeamish fascination with gay eroticism and camp. The Silver Screen: Color Me Lavender is a rich and funny meditation on American sexual identity, film history and culture. You will never look at Westerns the same way again!

FIDDLER’S JOURNEY TO THE BIG SCREEN 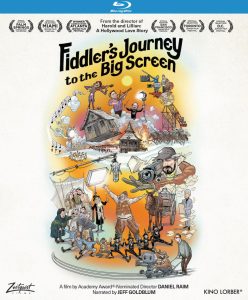 Synopsis: The fall of 2021 marked the 50th anniversary of Fiddler on the Roof, the film Pauline Kael (The New Yorker) called “the most powerful movie musical ever made.” Narrated by Jeff Goldblum, FIDDLER’S JOURNEY TO THE BIG SCREEN captures the humor and drama of director Norman Jewison’s quest to recreate the lost world of Jewish life in Tsarist Russia and re-envision the beloved stage hit as a wide-screen epic.

The film explores how the experience of making Fiddler deepened Jewison as an artist and revived his soul. 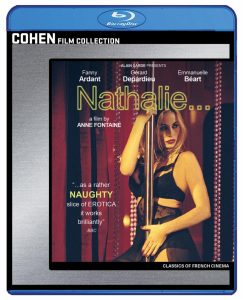 Synopsis: Fanny Ardant, Emmanuelle Béart, and Gérard Depardieu star in this story of an unusual love triangle. When Catherine’s husband is unfaithful, she doesn’t want revenge – she’s curious. She wants to share the experience, but in secret, so hires an elite prostitute to seduce her husband and report back to Catherine. Her desire to remain in control of the situation is soon tested by other desires. 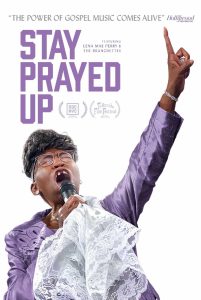 Synopsis: A spirited celebration of 82-year-old Lena Mae Perry and her legendary North Carolina gospel group The Branchettes. Stay Prayed Up documents The Branchettes as they record their first, fully live album. Through shared prayer, laughter, hardship and praise, this “church gospel noisy crew” demonstrates that music, like faith, ain’t nothing without some fire inside. 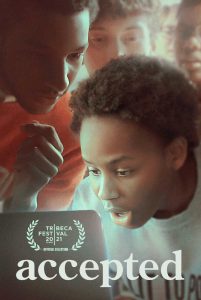 Synopsis: T.M. Landry, an unconventional prep school in Louisiana, receives national attention for consistently sending its graduates to elite universities. When an explosive New York Times exposé questions the school’s legitimacy, students face uncertain futures and must decide for themselves what they are willing to accept. 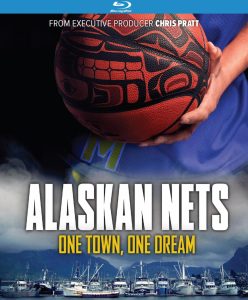 Synopsis: Metlakatla is Alaska’s last Native Indian reserve. For hundreds of years two distinct traditions have defined their community—fishing and basketball. Watch as two cousins lead their local High School team toward a shot at their first state championship in over 30 years. In the aftermath of an unimaginable tragedy, a basketball title has the ability to breathe new life back into this small town.