Review: Lauren Hadaway’s ‘The Novice’ (2021) – ‘A masterful exploration of obsession anchored by a standout performance from Isabelle Fuhrman’ 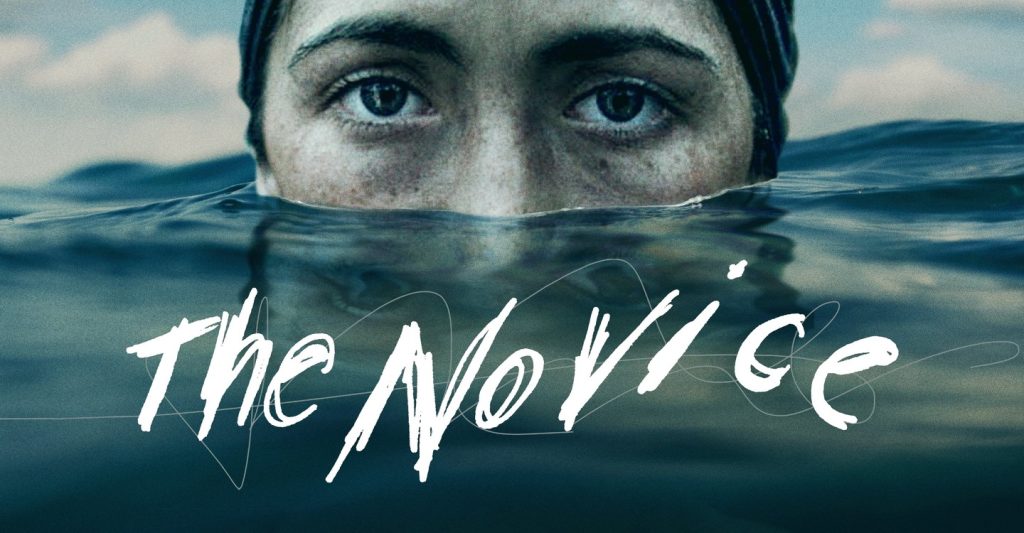 Some movies are terrifying because of ghosts and men in masks with knives. Others build suspense through slow burns towards one giant mystery. A collection even orchestrates anxiety by ceding the floor to barnburner performances. It is the rarest of films that achieve a concerto of chaos and bludgeoned nerves through the coordination of mise-en-scene, editing, sound design, music choices, and performances. Written, directed, and edited by Lauren Hadaway in her feature debut, The Novice is a masterful exploration of obsession filtered through the most confident first-time-director vision that I have encountered since Jordan Peele blessed us with Get Out. Hadaway’s story of the novice rower Alex Dall (Isabelle Fuhrman) who pushes herself to the furthest mental and physical extremes in pursuit of being the best rower on her team is the most stressful experience I’ve had watching a movie since Uncut Gems. I loved every frame.

Hadaway introduces Dall through a breathless opening 20 minutes. Small strokes and directorial choices reveal Dall as an exacting and compulsive presence. We see her take a physics quiz three times before turning it in, redoubling over the questions, again and again, jump cuts scrambling the sequence into a frenzied puzzle of shots. She half-listens as her longtime friend and now roommate rambles on about high school and her excitement for college, dropping in the phrase “I was worried about you senior year” as blurred focus lends the scene a dissociative quality. Followed by an almost nauseating tracking shot, Dall sprints through brutalist concrete buildings and steps, descending into a damp basement where she careens into the meeting for novice rowers. That scene ends with a cross-cut of Dall repeating the rowing mantra “arms, bodies, legs” over and over to herself, the sound blotting out every other thought or noise.

It is that basement that dominates Dall and The Novice. If Dall’s outward persona in class and with anyone not on crew is one of barely contained anxiety, it is in the submerged gym that her overachievement neuroses and penchant for self-punishment erupt. In what I can only imagine is an intentional stroke of compositional genius, the basement is a dark and isolated place that mirrors Dall’s subconscious, underscored by the fact that she must descend deep into shadow to access it. It’s there that Hadaway introduces blisteringly edited workout and training sequences that fracture Dall into strained and bloodied body parts, carrying the style over more and more into her daily life outside of rowing until the whole film, just like Dall herself, is commanded by a breakneck pace. When Hadaway slams on the breaks, such as in a brilliant sequence as Dall pushes for a 2000 meter personal record, it lands like a nuke. It also only scratches the surface of Hadaway’s total control of form and function in The Novice.

The sheer amount of work Hadaway takes on as writer, director, and co-editor results in a singular cinematic vision. She paces the story so that we in the audience are gasping for breath as regularly as Dall, wondering how far into disarray her life will plummet as she dispels of everything around her apart from crew. Toying with focus, framing, a savagely drained color palette, and an almost incessantly moving camera, Hadaway crafts a singular vision of mania. However, I used the phrase concerto of chaos earlier in this review and I bring it back now because the sound design choices that Hadaway and her team make are arguably the most thrilling part of The Novice. Needle drops of Motown hits during Dall’s most exacting races meld with layered dialogue that makes your brain itch as you listen. Splashes from oars and the steady clunk of the rowing machines hammer away. The repeated motif of a raven cawing, used I presume because of the college’s mascot being just that, is in the running for most unsettling sound cue of the year. It lends the film a gothic sense of horror, those black-feathered angels of death always circling Dall’s days and nights.

At the center of Hadaway’s frame is an absolute buzzsaw of a performance from Isabelle Fuhrman. Known mostly for turns in horror flicks such as the Orphan series, Fuhrman brings that genre backbone into The Novice. She is, in a word, terrifying. Fuhrman exhibits such a complete command over her body that every motion somehow adds to the anxiety I felt wondering how far her character would go. She picks at her nails. She fidgets in every seat. She contorts her frame into exhibits of pain and extremity so daunting you expect to break at any moment. And then, her eyes; dark, level, and resolute in their expression of a soul so broken by internal and external expectation that nothing in her life can be done without turning it into a feud. Fuhrman joins the ranks of Agathe Rouselle in Titane as actresses redefining the scope of body horror this year, and she does so as part of one of the most chilling performances of 2021.

The Novice is one of those films that I struggle the most to review because I reach the end and think ‘Christ, you haven’t even done a corner of this movie justice.’ The Novice is also therefore the sort of film that I walk from away reminded of why I desperately love this medium. Amidst all the year-end and awards-season bloat of tedious biopics and self-serious allegories, The Novice stands out as a riveting and bewitching experience that refuses to play by any boring old rules of moviemaking. It’s hard to know what Hadaway will do next, but you can bet your ass I’ll be first in line to see what brilliance she has in store.