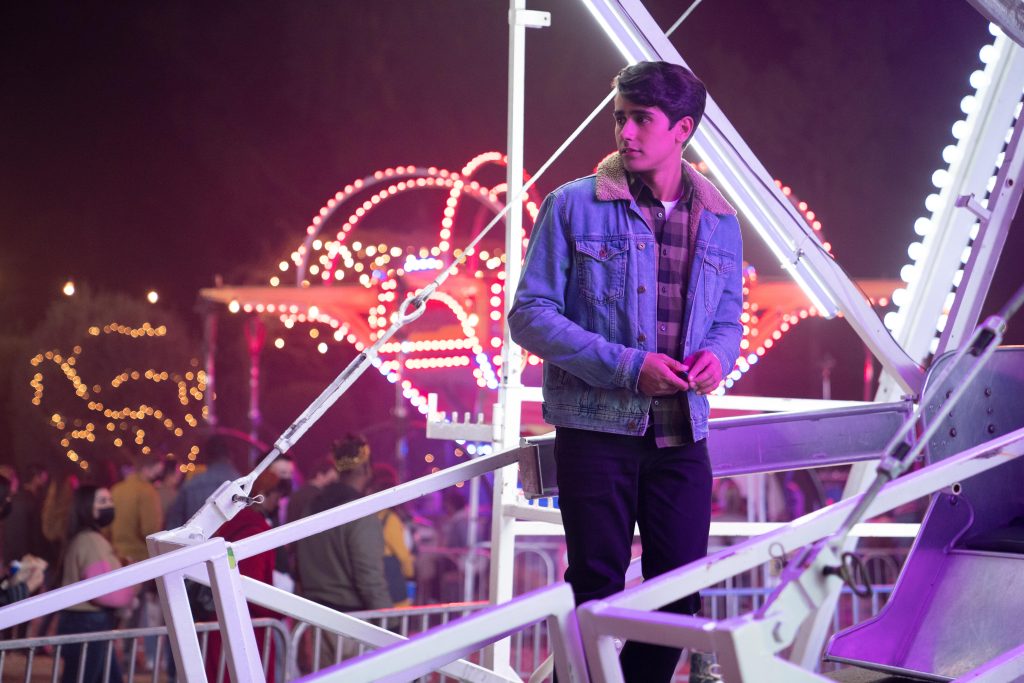 Love, Victor, a spin-off the coming-of-age drama/comedy, Love Simon, expanded on the world of the original film and brought a new protagonist and group of characters to the forefront. Victor Salazar (Michael Cimino) and his family moved to Atlanta for a fresh start at the beginning of the series and kicked off a journey of self-discovery for Victor and everyone around him. In its last season, the show brings everyone’s journey full circle in a way that isn’t perfect, but satisfactory.

When we last saw these characters, several relationships were ending, while others were beginning or hanging in limbo.

In season 2, Victor and Benji (George Sear) finally embarked on a relationship after spending the first season pining for each other. They immediately faced several obstacles, such as dealing with each other’s families, secrets, and Benji’s drinking problem. Victor’s mother, Isabel (Anna Ortiz) struggled to accept her son’s sexuality and his relationship with Benji. She and her husband, Armando (James Martinez), spent the season separated and struggling to decide whether they wanted to save their family or not. Ultimately, they reunited.

Mia (Rachel Hilson), Victor’s semi-girlfriend from season 1, struggles to forgive Victor for kissing Benji after convincing her they were the perfect couple. Over the course of the season, she was wooed by Andrew (Mason Gooding) and struggled with her father’s impending marriage to his new wife (Sofia Bush), and his upcoming job opportunity that would take her away from everyone she cares about. She ended the season deciding to visit her long absent mother.

Victor’s best friend, Felix (Anthony Turpel) spent the season trying to care for his mentally ill mother and trying to build a relationship with Mia’s bestfriend, Lake (Bebe Wood). They started off well, but things went off the rails when Lake overstepped her bounds to assist Felix’s mother with her issues. Although Felix ultimately forgave her, the two break up in the finale to pursue relationships with other people: Felix kisses Victor’s sister, Pilar (Isabella Ferreira) and Lake flirted with Andrew’s ex, Lucy (Ava Capri).

Over the course of the season, Victor grew closer and closer to Pilar’s friend, Rahim (Anthony Keyvan), as the divide between he and Benji grew. This culminated in a season cliffhanger in which Victor shows up to the doorstep of one of the two boys to declare his undying love.

The season picks up with Victor standing at Benji’s doorstep. The two go for a drive and vow to reconnect. Benji’s drinking problem rears its ugly head again, and the two are torn apart as Benji goes back to rehab. When he returns, he’s determined to stay away from things that cause him emotional distress, Victor being at the top of the list.

The break-up sends Victor on a new journey of self-discovery as a single gay man who is now more experienced and knowledgeable about his sexuality. We see him downloading dating apps, hooking up with a new guy (Nico Greetham), and even catching an STD. He’s far from the only one on a journey of change and self-discovery this season.

Mia reunites with her mother (Tracie Thoms) and quickly realizes that while her free-spirited parent is fun and adventurous, she isn’t capable of raising her teenage daughter. When Mia’s father (Mekhi Phifer) and step-mother move for his job, she stays behind with Lake. However, once her new baby brother is born, she yearns to be with her family. Lucky for her she has the support of Andrew, who begins to worry that she might mean more to him than he does to her.

Felix and Pilar embark on their new relationship, but quickly hit a snag when the Salazar parents find out. They aren’t bothered by the idea of their daughter dating such a close family friend, but more so by the idea of her growing up and possibly engaging in sexual activity. Things go from bad to worse when they discover birth control pills in her bedroom. Another problem is that Felix sees the Salazar’s as his second family, and if it comes down to keeping the Salazar parents happy or dating Pilar, he’s willing to sacrifice the budding romance.

Lake and Lucy have their ups and downs as well. This is Lake’s first same-sex romance, and she finds adjusting to this new relationship, and telling her mother about it, difficult. There is also a socio-economic difference between the she and Lucy, which causes problems toward the end of the season.

Benji’s arc includes maintaining his sobriety and also making peace with his past. His fear of his parents discovering his sexuality is what initially drove him to drinking. Although he’s out to his parents, it’s still an addiction he struggles with. Benji spends the season cleaning up the mess that he’s made because of his addiction and deciding if he and Victor are meant to be.

Rahim finds himself truly befriending Victor, and surprisingly, Benji, without an agenda. He realizes that trying to come between them was wrong, and spends the season redeeming himself and making peace with the both of them. He also struggles to come out to his homophobic uncle and embarks on a romance of his own by the conclusion of the season.

Although the final season felt a little rushed, and it’s clear we could have gotten a few more seasons out of several of the storylines to see them properly and fully explored, I was happy with how the series ended. The series ends with a literal full-circle moment that is a call back to the conclusion of Episode 1 of the series and its feature film predecessor Love, Simon.

Michael Cimino did an excellent job as Victor and was a great lead. I look forward to seeing what comes next in his career. This goes for the entire young cast, most of whom are fresh faces in Hollywood. I have high hopes for their careers. Veteran actors like Sophia Bush, Mekhi Phifer, and Ana Ortiz were welcome additions as well.

The entire series was about Victor’s journey of acceptance, self-discovery, and finding love. By the conclusion of this season, he has accomplished everything he set out to do when the series began. The story wraps on a  hopeful note for all of the characters. I’ll miss this motley crew of misfits, but I’m deeply grateful for the LGBTQ representation this series brought to television screens. Because of it, shows like Hearstopper can carry on its legacy.

The third and final season of Love, Victor will premiere on Hulu and Disney Plus Wednesday, June 15th.

The final season of 'Love, Victor' ends on a high note and brings the series around full circle.