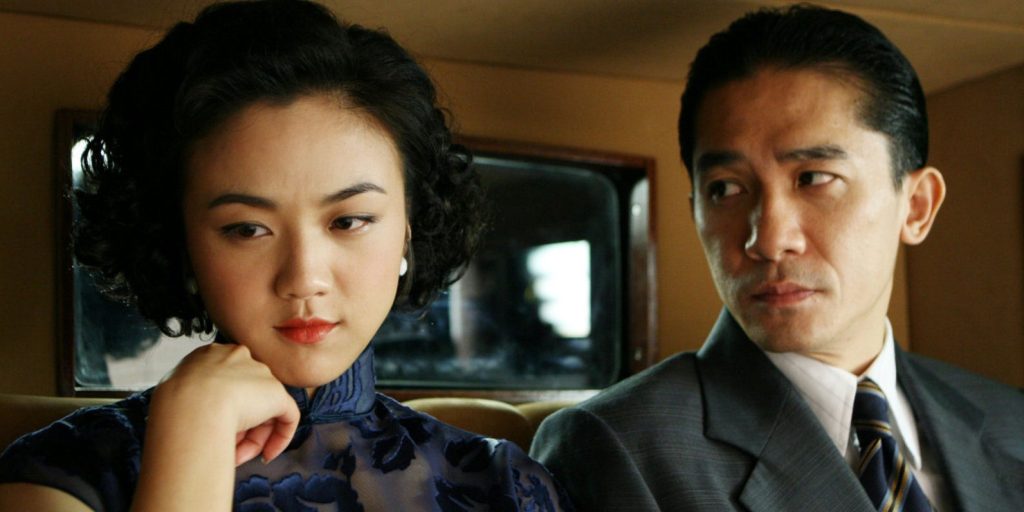 Director Ang Lee had quite an interesting decade during the 2000s to say the least. He started off the decade with a bang by directing the international sensation and Best Picture nominee Crouching Tiger, Hidden Dragon only to follow it up with none other than Hulk. Following that odd detour, he directed another Best Picture nominee in the form of the gentle and beautiful Brokeback Mountain. At this point, he likely could have done just about anything, but he chose to return to his Chinese culture with an epic tale of espionage and eroticism set during the Second Sino-Japanese War. Lust, Caution was developed from the 1979 novella of the same name by Eileen Chang that was inspired by real life events. The film was a lightning rod for controversy for a multitude of reasons. For one, the family members of the real life spy that inspired the lead character claimed that the story misrepresented what happened. There is also the little matter of the film receiving an NC-17 rating for the intense sex scenes that Lee refused to edit down. If you put aside all of these tertiary factors, you are left with an enthralling historical espionage thriller that is not to be missed.

Mrs. Mai (Tang Wei) is the wife of a wealthy businessman living in Hong Kong. The year is 1942 as the film opens up at a Mah-Jongg game hosted by Mrs. Yee (Joan Chen). The women at the game are graced by the surprise appearance from her husband Mr. Yee (Tony Leung Chiu-wai), the head of a secret police department operated by a Japanese puppet government. There is intrigue lingering in the air, but you are not quite sure what is going on until Mrs. Mai is soon after revealed to be plotting some sort of attack against Mr. Yee. How we got to this point will soon be revealed as the film takes you back to 1938 where we find Mrs. Mai is actually Wong Chia Chi, a young theater student who finds herself unexpectedly mixed up with a bunch of radical student Chinese patriots. They want to do something to help the war efforts, and they think taking out a key figure such as Mr. Yee could be a big win for China. A man as protected as Mr. Yee is not going to put himself in anyone’s crosshairs willingly. The group is going to have to be clever in order to get him. Chia Chi is going to have to seduce him and become his mistress. 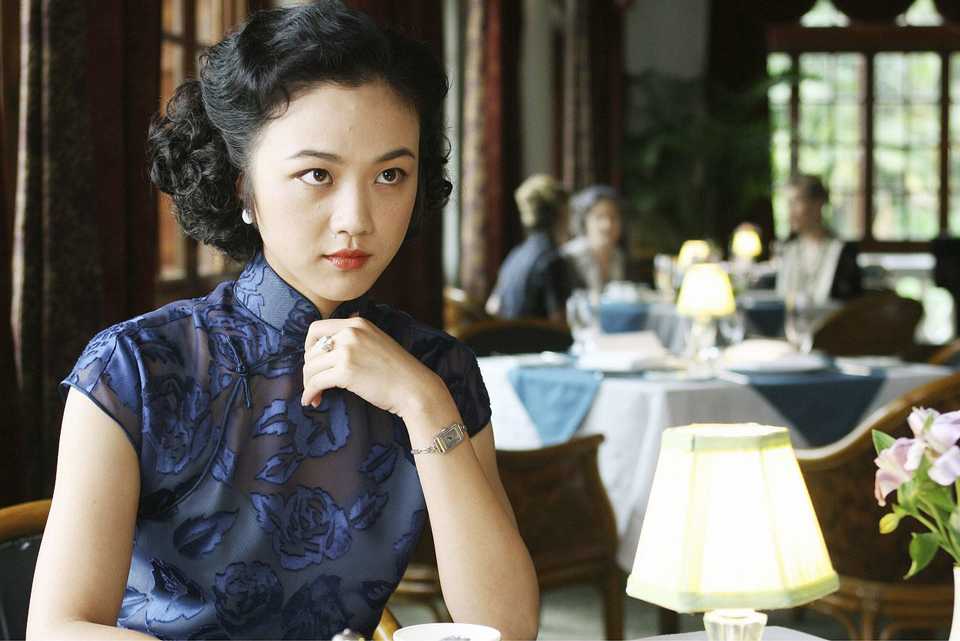 Tang Wei is extraordinary in her debut role as this young woman who is brimming with conflicted feelings throughout her four year journey. The initial planning of the assassination feels as though the goal is just within reach, but fate has a cruel way of throwing up obstacles. Chia Chi is forced to give up a lot of herself in service of her country, namely her innocence both physically and mentally. She is made to see and do things that would break even the strongest people, and the fact that her sacrifices might not amount to anything tangible is almost too much to bear. Her efforts do not get much easier once she does succeed in becoming his mistress, as the intense intimacy has a way of clouding her better judgement. She is of two minds as she both despises all that Mr. Yee represents but at the same time feels a closeness to him that is not rational. As Mr. Yee, Tony Leung Chiu-wai brings a palpable amount of menace to a character who is otherwise sparsely developed. You are not meant to know the deep feelings of Mr Yee, this is Chia Chi’s story. Their relationship is complicated and twisted in a way that you cannot stop watching.

Ang Lee does an absolutely beautiful job of bringing this sprawling and intimate story to life in the most effective way possible. The movie is a touch over two-and-a-half-hours long, but you surprisingly do not feel that length as you are taken through the narrative. Less patient audiences may find some stretches too deliberately paced, but each moment is a key stepping stone to this character’s journey. This is true even of the notorious sex scenes that earned the film its NC-17 rating. Yes, they are more intense than what we typically get from Hollywood, but in the end what is shown is nothing to get bent out of shape over. There is some extra thrusting and different positions, but the purpose is really to get a sense of what these encounters mean to Chia Chi and how they impact certain decisions later in the film. From a technical level, Lust, Caution is pretty much perfect as the costumes, production design, editing and even the gorgeous score from Alexandre Desplat all work together to create a truly magnificent story of passion and political intrigue. When Ang Lee is going for the personal over the spectacle, he is one of the best in the business. 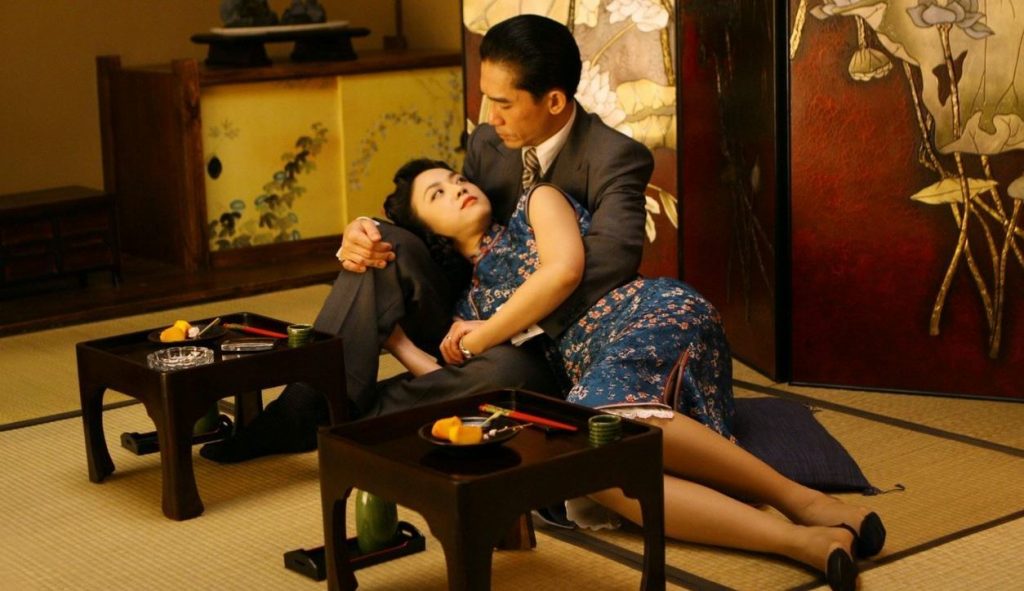 Lust, Caution finally comes to Blu-Ray domestically with a gorgeous AVC encoded 1080p transfer. The cinematography from Rodrigo Prieto really has a chance to shine in high definition. This film has some nice pops of color with the greens of the foliage and within the intricate production design. The color palette has a very particular grade as desired by Ang Lee which is showcased well here. Where the transfer really shines is the impressive level of detail in even the subtlest aspects. Everything from the smallest facial details to the texture of the interiors of the theater and houses is quite impressive. The picture is mostly clear with only brief instances of murkiness during a few darker scenes. Black levels are admirable but could stand to be a bit deeper. Skin tones are natural throughout with some impeccable details present in certain shots. The film sports some luscious cinematography, and that is showcased pretty well here. Overall, this is quite a powerful transfer from Kino Classics for a film that deserves it.

The film comes with both a DTS-HD Master Audio 5.1 and 2.0 track in the original Mandarin that are both quite powerful and well balanced. Environmental effects play a substantial role in the film, and this track brings these elements to life quite capably. The use of the rear channels to create a fully enveloping world works quite well. The directionality is quite precise so sounds always present as natural when coming from their respective points. Dialogue comes through crisp and clear without being overwhelmed by any of the other sounds. This movie is not an action powerhouse, but activity in the low end delivers enough to keep you from forgetting that it is there. The disc comes with optional English subtitles that are mostly free from errors except for two instances that I spotted that I found distracting (6:52 and 51:46). Overall Kino Classics has delivered a fierce track for a film that capably brings China to life. 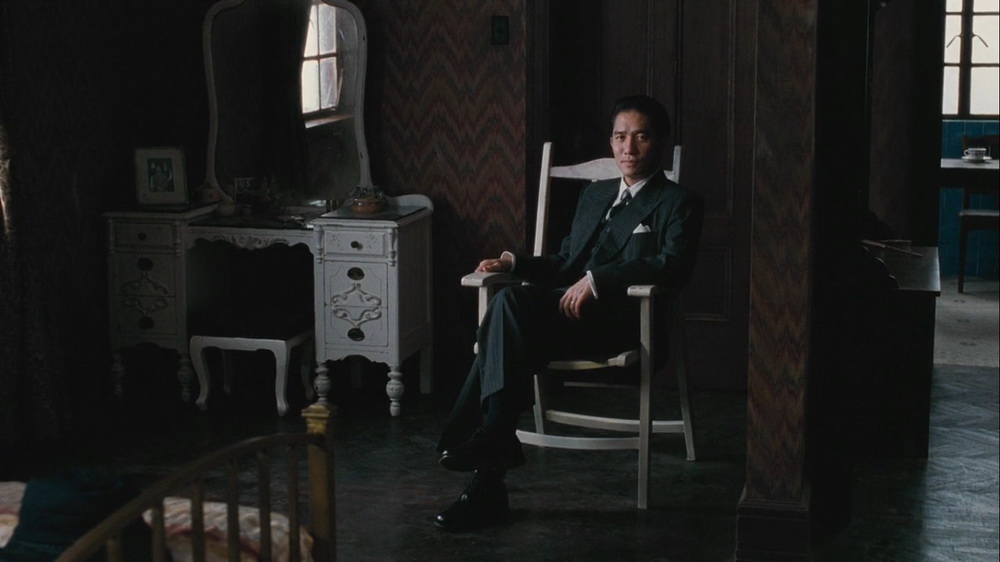 Lust, Caution is a grand dramatic epic that is skillfully crafted by the master Ang Lee. This engrossing tale shines a spotlight on a period of history most Americans likely are not as familiar with. Newcomer Tang Wei and the legendary Tony Leung Chiu-wai deliver two thrilling and fearless performances that go a long way to making this movie successful. Kino Classics has released a Blu-Ray with a very strong A/V presentation and a decent selection of special features. This sweeping tale is ripe for rediscovery and this disc is the perfect excuse for you to check it out. Recommended

Lust, Caution is currently available to purchase on Blu-Ray.