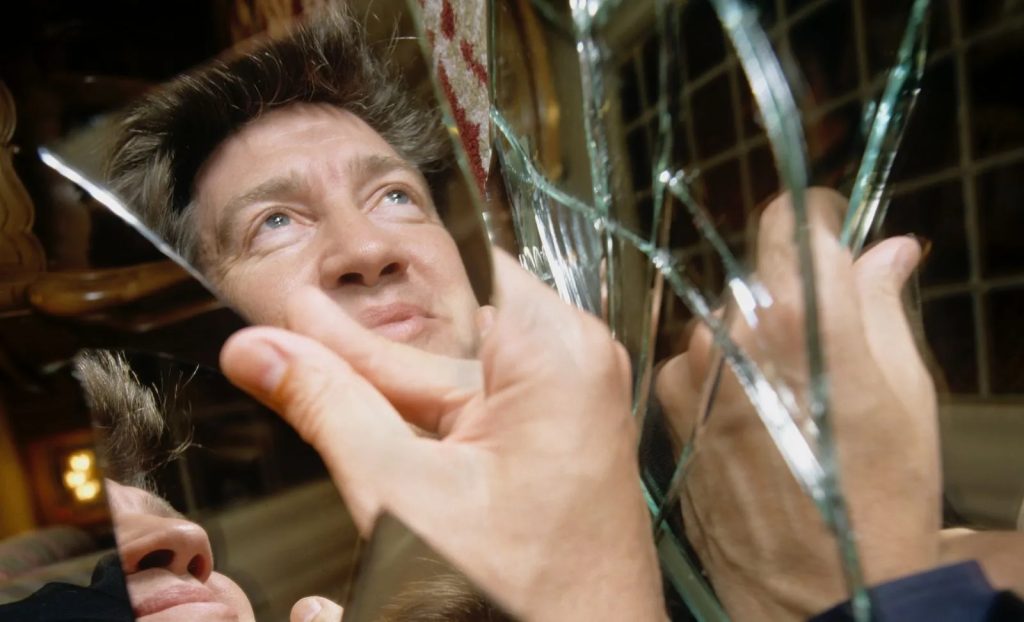 The word “Lynchian” gets thrown around a lot these days. People tend to invoke it when they want a shorthand for pointing out that a piece of media diverts from mainstream entertainment expectations. In fact, the phrase has grown so commonplace that the Oxford English Dictionary added it a number of years ago. The OED defines Lynchian as “juxtaposing surreal or sinister elements with mundane, everyday environments,” and “using compelling visual images to emphasize a dreamlike quality of mystery or menace.” In essence, the OED tried to reduce the David Lynch oeuvre down to a pedantic snapshot, in no doubt helped along by the word’s sheer overuse in conversation, criticism, and marketing. The result has been a reduction of the arresting chaos that birthed Eraserhead (1977), Blue Velvet (1986), and Twin Peaks: The Return (2017) into “I don’t know man, it’s just weird vibes.”

It is in part that backdrop that makes Alexandre O. Philippe’s documentary Lynch/Oz (2022) so refreshing. A staggering work of film criticism, Philippe enlists the help of renowned critics and filmmakers to dig into one of Lynch’s most lasting personal obsessions; The Wizard of Oz (1939). Using the aesthetic and thematic relationships between Oz and Lynch’s work as a foundation, Philippe and his band of collaborators branch off into a kaleidoscopic examination of Oz’s impact on film history and production writ large, Lynch’s beginnings and approach to art, and how all of that has filtered through into a contemporary generation of filmmakers and artists who look to both for inspiration. The resulting work, which hews more toward videographic criticism than traditional documentary, is a miracle for anyone for yearns for unabashedly intellectual considerations of our great artists while still managing a great deal of fun.

Philippe calls on Amy Nicholson, Rodney Ascher, John Waters, Karyn Kusama, Justin Benson & Aaron Moorhead, and David Lowery to narrate and guide the six chapters of the work. Each collaborator dials in on a facet of Lynch’s work and its conversation with Oz. Nicholson in particular is a masterstroke. A brilliant critic in print and podcast form, her conversational intellectualism is expertly suited to the task of introducing Oz’s Hollywood-wide influence, Lynch’s artistic roots, and simply stoking the flame of our collective love for him. Smartly, Philippe never cuts to talking head shots of Nicholson or any of the other voices. It is a stylistic choice that once again hews it closer to videographic criticism. It also accomplishes a canny foregrounding of the works at hand. Instead of dry shots of people talking in rooms, Philippe pulls from an astounding array of clips to illustrate points.

Beyond the editorial accomplishment of combing through hundreds of hours of content, Philippe and editor David Lawrence deliver a virtuoso feat of cinematic remixing. Pulling on split screens, cross dissolves, slow motion, and all manner of tricks, many intentionally reminiscent of Lynch’s work, the pair ensure that Lynch/Oz maintains a kinetic pace. So many similarly-minded documentary and essay projects lag by placing critical content above aesthetic flair. Philippe is no stranger to the particular undertaking of vivisecting seminal works and artists, but Lynch/Oz marks a high point in a career that has already seen Philippe dive deep into Alfred Hitchcock and Ridley Scott. Helped out in decided ways by the aforementioned Lawrence and the Herculean sound editing and mixing from Phillip Lloyd Hegel, Philippe directs the hell out of the film.

An inherent part of Lynch/Oz is simply marveling at Lynch’s towering career, one that properly began with short films in the 1960s, and has wound its way through film, television, painting, and so on in the decades since. This is a filmmaker who has adapted Frank Herbert and Frederick Treves, created and co-created modern-day icons such as the Lady in the Radiator and Special Agent Dale Cooper, and at 76 years old still has projects in development. It can become far too easy to condense artists to snack-size versions of themselves. To pull only on the loudest talking points to debate their work and impact. Lynch/Oz is the purest antidote, and a gleaming reminder that cinema can and should be messy, strange, and confounding in the pursuit of a vision. In short, long live David Lynch.

Lynch/Oz was viewed in the Official Selection section of Fantastic Fest 2022.

10.0 A staggering work of film criticism

Lynch/Oz is the purest antidote, and a gleaming reminder that cinema can and should be messy, strange, and confounding in the pursuit of a vision