‘Malignant’ Review – Nothing Benign About This Gruesome Paranormal Murder Mystery

Madison is paralyzed by shocking visions of grisly murders, and her tormentworsens as she discovers that these waking dreams are in fact terrifying realities.

Sleepwalking and imaginary friends are two things that I’ve never fully understood, but definitely did the former and had the latter as a kid. While science postulates why these occurrences happen, what if none of the experiences were actually explainable? What if supernatural incidents are as commonplace as rain but we use science to cope with the unknown? In a world where new discoveries are made on a daily basis and history is rewritten as we learn the truth about our past, anything is possible. So, don’t overthink that mysterious flying object, that shadowy figure in the picture, the glowing red eyes in the darkness, or the spirits in your house, they’re exactly what you think they are.

Looking for something fresh out of the horror genre? Well, look no further than James Wan’s Malignant. This creative, unexpected, and delightfully gory film is definitely one that will shock you. There’s nothing benign about this gruesome paranormal murder mystery. From the lighting to the cinematography, to the score, you are immersed in a ghastly reality that gets your mind wandering. The storytelling of this grim tale is done in true Wan fashion. I’d like to say that the film is highly unpredictable and perhaps it is, but to those who tend to think outside the box, you’ll begin to figure it out within the first act and predict much of what is to come. Nevertheless, it’s still very enjoyable and as the story takes an unpredictable turn, there are scenes that you could never see coming.

Because of some of the comically absurd aspects of the story, the film isn’t immensely terrifying but rather falls more on the eerie side overall. This is not a story that you have to overthink, you can simply sit back and enjoy the chaotic murderous ride. Because if you overthink it, there are a few things you will question, at least I did. It’s one of those films that gives itself away through dialogue that you think is somewhat meaningless until you watch it a second time. It features characters that you easily want to root for and an evil entity with an interesting origin story. There is some subtle commentary about body autonomy among a few other topical issues, some of which may have been accidental. When compared to other James Wan films, Malignant may not top any of them but it’s a fun watch nonetheless. It contains, bone-breaking, neck-snapping, supernatural feats, and enough blood to fill a bathtub. Not to mention it blends multiple horror genres. What more do you want? I had a really fun time with this film, it’s definitely worth a watch. Its rewatchability is high.

I really enjoyed the pacing of the film. There is a perfect balance between the horror and crime drama feel. What really popped for me was the unexpected action that would make John Wick and Venom proud.

While the acting was decent in the film, I can’t say there were any performances that blew me but one did stand out. However, this is a film that focuses on the subject matter and not the acting. Nevertheless, Annabelle Wallis’ performance as Madison sticks out to me. Her fear, confusion, and desperation throughout the film drive the story and make it come alive.

Malignant releases on September 10, 2021 in theaters nationwide and on HBO Max via their Ad-Free plan in 4K UHD, HDR10, and Dolby Vision on supported devices; it will be available on HBO Max for 31 days from the theatrical release. Stay safe and enjoy. 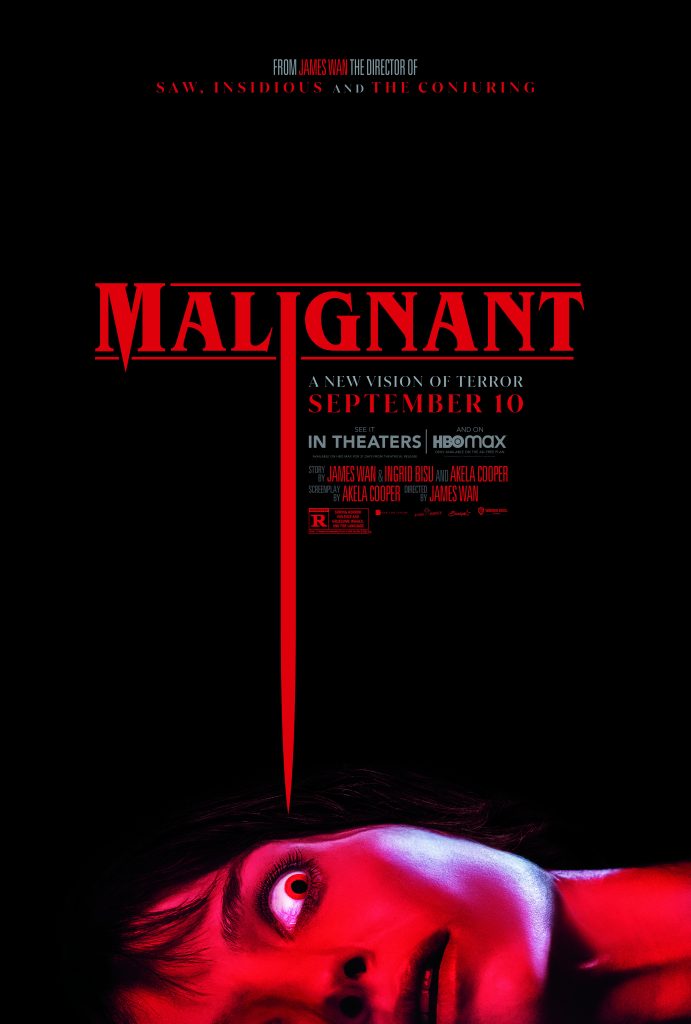