‘Marcel The Shell With Shoes On’ Review: A24’s First Family Film Is One Of The Year’s Funniest Comedies 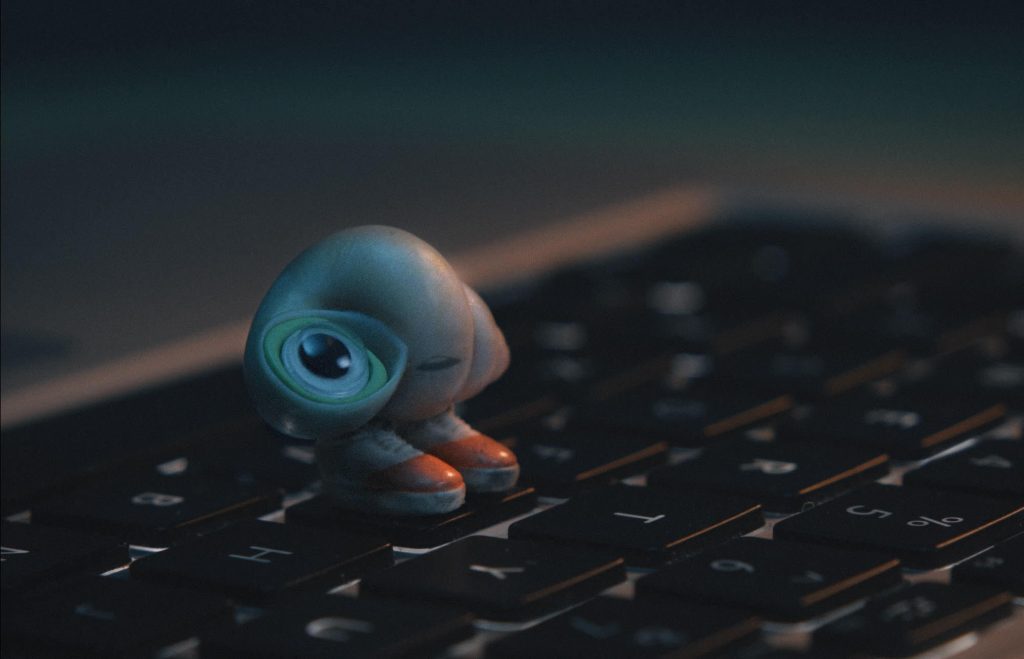 It was unclear how much cultural cache Marcel the Shell with Shoes On would have in 2022. His original short film went viral in 2010, a scrappy, stop-motion string of one-liners that fit perfectly into the low-budget cultural ephemera of YouTube in its infancy. Development on a feature film adaptation began as early as 2014, but a lot has happened since then. Like, a lot. YouTube has become an echo chamber and internet virality comes with a far shorter lifespan. Today, the internet makes Marcel look like the internet equivalent of a gift shop chachki.

When a first look at the film finally emerged over seven years later, he was essentially being re-introduced to an entirely new audience. In a world where Paddington Bear can become our lord and savior, Marcel fits right in, but how do you capture that same kind of lightning in a bottle twice?

The answer: you make him viral all over again, or at least convince us he would be. Marcel’s online success is modernized and expertly weaved into a larger metafictional origin story. Those who were already obsessed with the character will adore seeing him again, but it’s also a perfect primer for newcomers. Either way, both audiences are in for the same heartfelt story about the meaning our relationships provide in our lives.

When Dean Fleischer Camp, a fictionalized portrayal of the film’s director from the director himself, moves into an Airbnb after separating from his wife, he meets Marcel (voiced by Jenny Slate)––a walking, talking, one-inch-tall shell with tiny shoes and a single googly-eye. Naturally, Dean puts a camera on his adorable new friend and, after uploading a short video to YouTube, Marcel becomes an internet sensation. Easier done than said.

In an industry where most film adaptations of beloved children’s characters look like a visual downgrade, Marcel is a massive expansion. While the original shorts always acknowledged Dean behind the camera, the feature makes him a main character in the story and frames the entire film as his documentary.  As opposed to the shorts’ static shots and choppy stop-motion, we get fluid animation and puppetry blended with handheld camerawork and rack focusing.

As you appreciate all of this craft, the film surprises you with a visually dreamlike quality. Filled with light and movement, it gives someone as small as Marcel a cinematic grandeur. It all feels so quaint and spontaneous that it’s even more compelling when you realize, in actuality, it is extremely crafted. It’s a beautiful oxymoron: unpredictable filmmaking with meticulously animated characters living in it. It somehow feels closer to a scripted documentary than quasi-mockumentary.

Speaking of the script, the heart of the movie is the relationship between Dean and Marcel. Featuring plenty of witty banter and insightful conversations, it keeps us fully engaged and constantly laughing. Jenny Slate’s voice gives Marcel incredible dimension and against the monotone but earnest Camp, this comedic duo makes Marcel one of the year’s funniest comedies.

Residing in the house alongside Marcel is his Nana Connie, voiced by Isabella Rosselini in what is ridiculously perfect casting. Her grandmotherly charm is on full display and it gives this entire film a sense of bravura you’d never expect but love to see.

The comedy continues as we see what makes up Marcel’s day-to-day. He rolls in a tennis ball to get around. He dips his shoes in honey to climb the walls and reach higher elevations. He even uses a mixer to shake fruit off of the trees outside. All of these moments are hilariously inventive and make Marcel even more of a visual delight, rewarding viewers with comedic world-building.

But there’s a sadness underpinning all of the clever visual gags. Marcel and Nana Connie were separated from their community two years ago under mysterious circumstances. Since then, they’ve been making due on their own. However, Marcel’s newfound fame gives him a chance to get some answers. But going viral in 2022 comes with its own unique set of challenges.

Marcel’s cry for help is met with people showing up to his house unannounced, taking selfies in his front lawn. Marcel is unsatisfied with the invasion of privacy and rejects his newfound attention, especially as Nana Connie shows her age more and more each day. It’s a refreshing take on the negative effects of internet culture that speak to our still developing relationship with it. More importantly, it gives our googly-eyed friend more depth than most children’s films care to provide.

Marcel may be a silly character, but do not mistake that for innocence. He knows how to crack a joke, but also can deliver a biting criticism. He’s incredibly self-sufficient, but still looks to Dean for a much-needed friend. He desires his family and community, but refuses to let his aspirations distract him from caring for his Nana. At every turn, Marcel’s childlike presentation is subverted with maturity, informed by trauma that has left him with separation anxiety.

It’s a lofty character for children’s entertainment, but it’s the exact kind of storytelling that makes for great family entertainment. Pixar didn’t become the best of the best by shrugging off difficult subject matter; in their first appeal to younger audiences, A24 follows suit. Dean’s aforementioned divorce is portrayed with a casual bluntness unique to family films. But this serves as a perfect complement to Marcel, informing their relationship without hogging focus.

If anything, it could have gotten a little more focus. Despite Marcel’s refreshingly short length, the story’s most climactic moments feel sped through. Though its ending is satisfying, its confrontation of the central conflict is not. You can go so far as to say a chunk of this movie feels missing, a chunk that felt like a perfect opportunity to directly tie Dean’s arc into the film’s plot. It isn’t distracting, but the narrative possibilities left on the table are too juicy to ignore.

Still, even with that asterisk, Marcel the Shell with Shoes On remains one of the year’s best films and a strikingly singular achievement. It taps into something deeply life-affirming, both in terms of its innovative filmmaking as well as its emotional resonance. It’s a story about connection, and in a year where a few universally beloved movies have united film fans the world over, Marcel the Shell with Shoes On couldn’t have come at a better time.

Marcel The Shell With Shoes On will be available exclusively in theaters beginning June 24, 2022.

Despite some plot shortcomings, "Marcel the Shell with Shoes On" is a beautiful, poetic journey made with immaculate craft and a strong, beating heart.