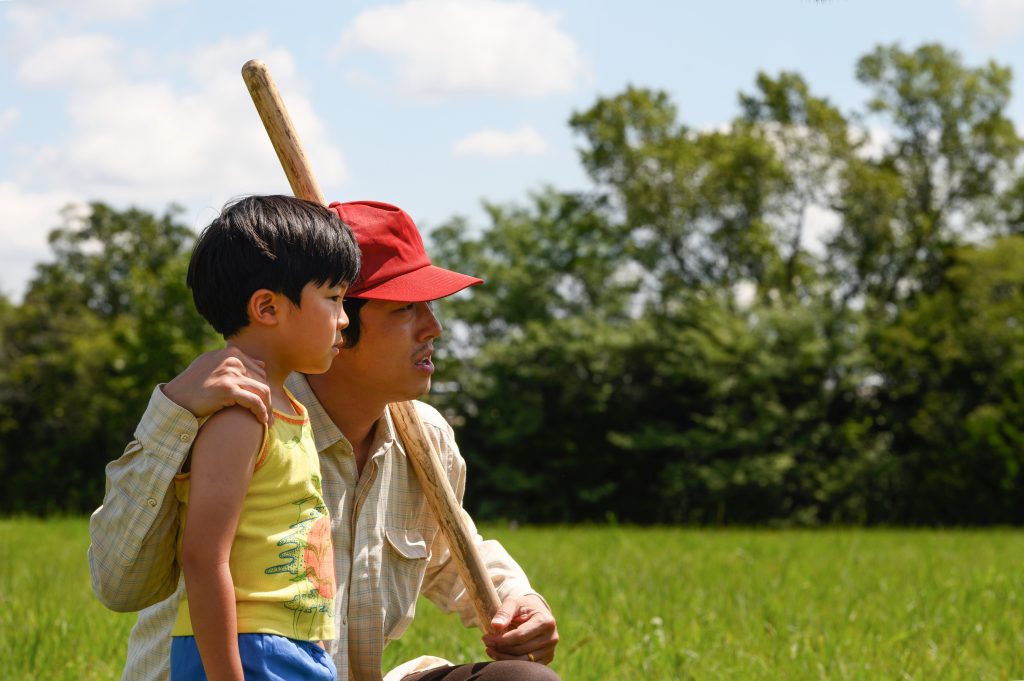 A tender and sweeping story about what roots us, Minari follows a Korean-American family that moves to a tiny Arkansas farm in search of their own American Dream. The family home changes completely with the arrival of their sly, foul-mouthed, but incredibly loving grandmother. Amidst the instability and challenges of this new life in the rugged Ozarks, Minari shows the undeniable resilience of family and what really makes a home.

The American dream is something that is often discussed and debated on a regular basis. Is opportunity equal? Are there barriers from some and not others? Does it actually exist? Besides that, have you thought about what it would be like for it all to be completely foreign? A new country and language, and depending on where you settle down, the people might secretly hate you. Despite the disdain, you work your fingers to the bone in hopes to achieve this myth-like idea. But not only do you have yourself to worry about, but you also have a family to care for. When complaining, we tend not to put ourselves in another person’s shoes to understand that, they just want a decent life, same as you. Many are made to feel that they have to water down their culture, alter their names, and completely change themselves in order not to be persecuted by others. So when you think that you pulled yourself up by your bootstraps, some never had boots to begin with.

Lee Isaac Chung’s semi-autobiographical film Minari is a film for true cinema lovers. It’s beautiful, heart wrenching, genuine, and skillfully executed. Its enthralling storytelling coupled with its dreamlike cinematography makes an almost perfect pairing. This film is full of emotion, introspection, and a metaphor that I found to be beautifully profound. The story has this reminiscent gloss over it as if we are experiencing it through a retro View Master that is Chung’s mind. Its subtleties and attention to minute details that may be overlooked, add a layer of authenticity that makes each character progressively more real to the viewer. Those subtleties also showcase a culture and a family dynamic that may or may not be like your own. While the film’s story is very personal and specific to the immigrant experience, there are many aspects that are universal and that’s what makes it special. Perhaps without trying, the film connects us all by showing us how our differences aren’t so different. We all want to be prosperous enough to take care of ourselves and our families and seeing what some have to sacrifice in order to do so, is enlightening. The heart and levity of the film belong to Alan Kim and Yuh-jung Youn who play the son and grandmother, respectively. Their disjointed and hilarious relationship with each other not only steals the show but blossoms in an artistic way. The score masterfully sets the tone for the entire film; it’s perfect. I thoroughly enjoyed Minari. You’re going to laugh, you’re going to cry and you’re going to love this film. Its rewatchability is medium-high.

When Jacob and his family arrive in Arkansas, he isn’t met with the joy and energy he expected. While he foresees a wonderland of farming and self-reliance, his wife and kids would rather be back in California where they moved from. With a rift slowly growing in the household due to disputes over their future, things get increasingly interesting when grandma comes to stay. While Jacob is fully integrating himself into what he thinks an American man is, his wife and the grandmother attempt to pass down their Korean customs to the children. As Jacob struggles to get the land to do what he wants, he is in jeopardy of losing everything due to his unrelenting drive to be successful and unwillingness to compromise.

As far as the pace goes, the film is a long reflective walk down a forgotten beaten path. It may feel slow to some, but it is told in such a poetic way that you will experience a range of emotions and boredom isn’t one of them.

The cast is phenomenal. Steven Yeun continues to impress with every performance. His portrayal of Jacob, the father that is willing to risk it all to give his family the life they deserve, is endearing and heartbreaking. The chemistry he has with Yeri Han who plays Monica, made me tear up a few times. I felt so bad for Anne (Noel Cho) as she seems to be stuck in the middle of everything. It’s impossible to please everyone but she tries. David (Alan S. Kim) is the heart of the film, as I said before. His journey throughout the film is just as stressful as it is funny. Lastly, grandma Soonja (Yuh-jung Youn) is the most pleasant surprise of the film. Her presence boosts the film as soon as she arrives. She’s comedic and wise and America is very new to her. She’s also the tether to their heritage. 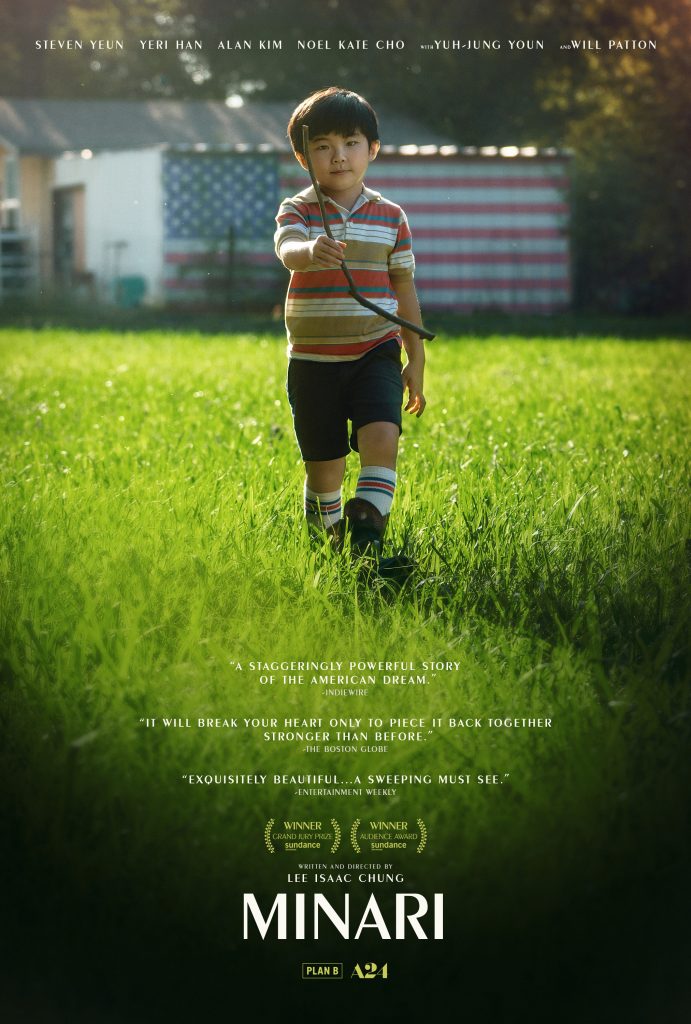