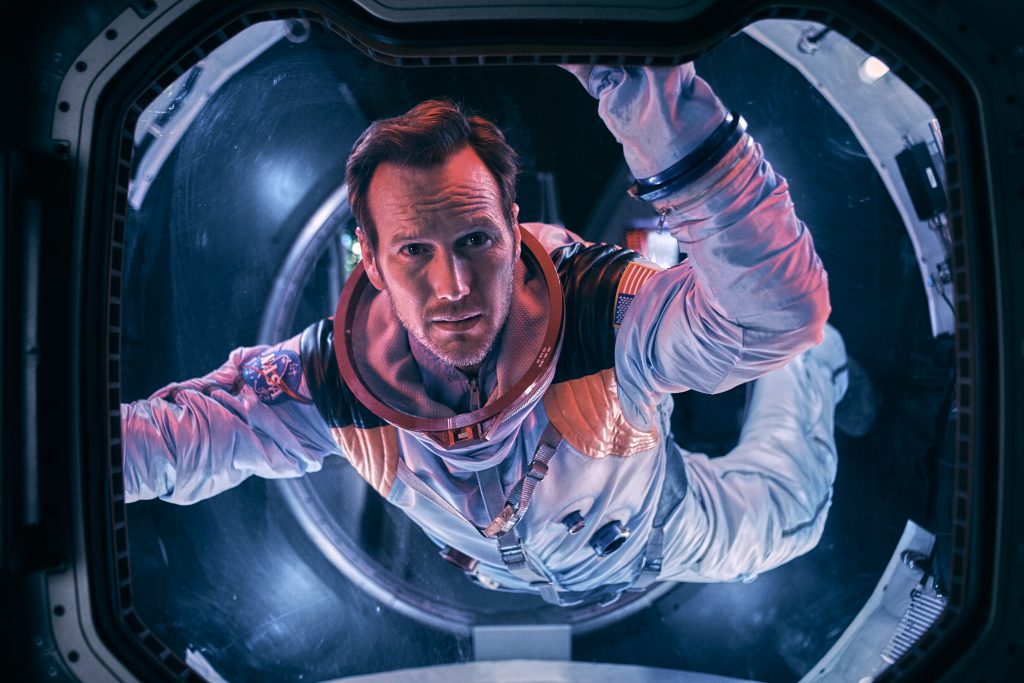 A mysterious force knocks the Moon from its orbit and hurls it on a collision course with Earth – and with life as we know it. With only weeks before impact and the world on the brink of annihilation, NASA executive and former astronaut Jocinda ‘Jo’ Fowler (Academy Award® winner Halle Berry, Best Actress, Monster’s Ball, 2001) has an idea that can save our planet. But only a man from her past, Brian Harper (Midway’s Patrick Wilson) and lovable conspiracy theorist K.C. Houseman (Game of Thrones’ John Bradley) believes her. These unlikely heroes mount an impossible final mission into space, leaving behind, perhaps forever, their loved ones – and discover an incredible secret about Earth’s only “natural” satellite.

There’s an endless possibility as to what is and can be “real” in this world. Things that we once thought were unattainable are at our fingertips and what was once unreachable and unfathomable is now in our eyesight. New discoveries and technological advancements are being made daily, all over the world. We went from dial-up internet to carrying it around in our pockets, from thinking we are the center of the universe to realizing it’s ever-expanding with an infinite amount of galaxies. The phrase, “anything is possible” is one of my favorites because of how true it is and it lends itself to how much we truly don’t know about anything in the grand scheme of things. One day the sky could turn red or the moon could be gravitating closer to the Earth, and at that moment, any number of theories could be true because no one would really know until we know. It’s both exciting and terrifying to simultaneously know and not know. Flying cars and giant moving Gundams now exist as well as the Metaverse, all that’s left is an alien invasion – if it hasn’t happened already. Who knows what tomorrow holds? I don’t.

“What would Elon do?”

You better learn how to moonwalk because running is pointless in this disaster film of lunar proportions. Directed by Roland Emmerich, Moonfall is an out-of-this-world spectacle. Even while being a story about the possible cataclysmic ending to Earth as we know it, the sci-fi epic doesn’t take itself all too seriously. For better or worse, the levity of the film counterbalances what could’ve been all doom and gloom. Nevertheless, the film allows the conspiracy theorist in us all to awaken and frolic without feeling “crazy” or fanatical. It sparks imagination and welcomes the possibility that we’ve been wrong about possibly everything. Where the satellite descending display wins is its visuals and creativity. I wasn’t completely sold until the third act. Initially, I found it to feel like your typical disaster movie but with higher stakes and would end in a relatively predictable manner. I couldn’t have been more wrong. It eventually takes the sharpest of left turns, and the sci-fi aspect is kicked up to an unpredictable level. It’s where the film may actually lose some people, however, I think it’s where it ties this audacious and unflinching story together. Absurd meets absurd. The only thing that slightly took me out was that the threat of danger didn’t always feel pressing, even as the Moon cause massive flooding and affects Earth’s gravity. Nonetheless, Moonfall is a chaotically-adventurous experience with moments of awe as well as some that remind me of the Fast & Furious franchise. It’s sure to have you googling after it’s over. The ending is a bit open-ended so I’d be curious to see if they continue on with what could be an expansive journey with endless possibilities. Humanity never seemed so interesting. The film has some truly beautiful shots, the score enhances that feeling of thrill, and John Bradley is delightful. I foresee this film having mixed reviews, but because of its last act, I lean more towards a positive experience. It has charm, heart, plenty of excitement, and Halle Berry. Its rewatchability is medium.

The pacing of this film is a bit all over the place. As most of the first act is pretty intense and moves rather swiftly, it begins to lose steam and feels less urgent in the second. When the Earth is in danger of being demolished, I expected more urgency and panic. What popped for me was the creative third act. This is when the sci-fi kicks into overdrive and the film gets really fun. 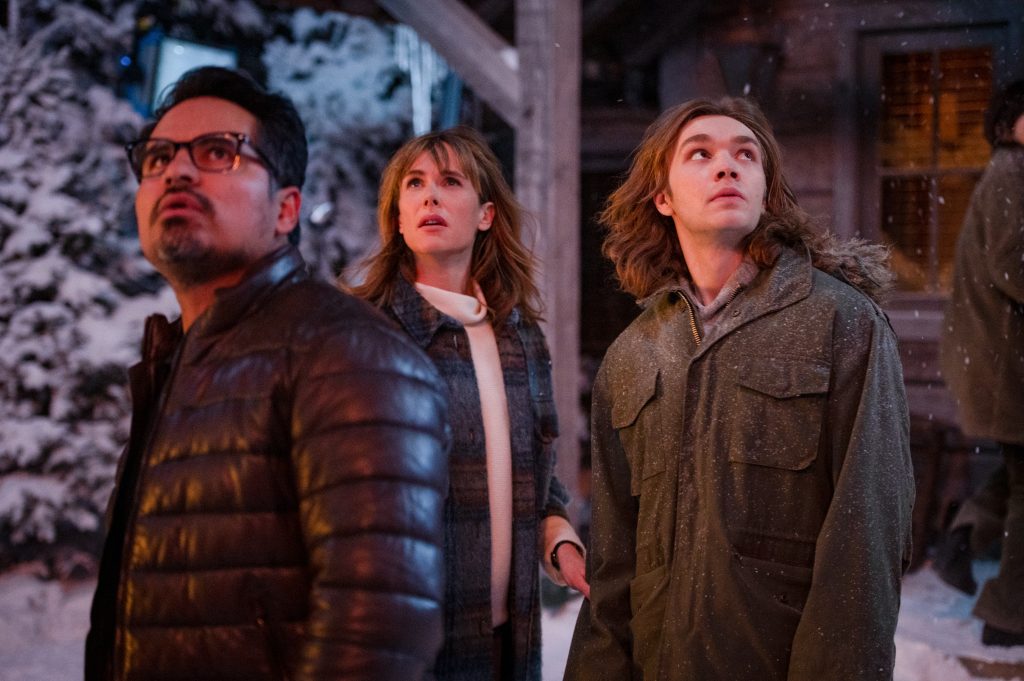 While the cast features some heavy-hitters, John Bradley as K.C. Houseman completely steals the show. He’s funny, very likable, and has an arc that is extremely satisfying. While Patrick Wilson’s character, Brian is at the forefront of the story, you can easily make the argument that it’s Houseman’s journey. Halle Berry is always fantastic to watch, however, this isn’t a film that really allows her to shine. Her character, Jocinda is very strong, confident, and stoic which I loved, however, it just didn’t hit because her arc felt a bit incomplete. Patrick Wilson and John Bradley play really well off of each which makes for some really good moments.

Moonfall releases in theaters on February 4, 2022. Stay safe and enjoy. 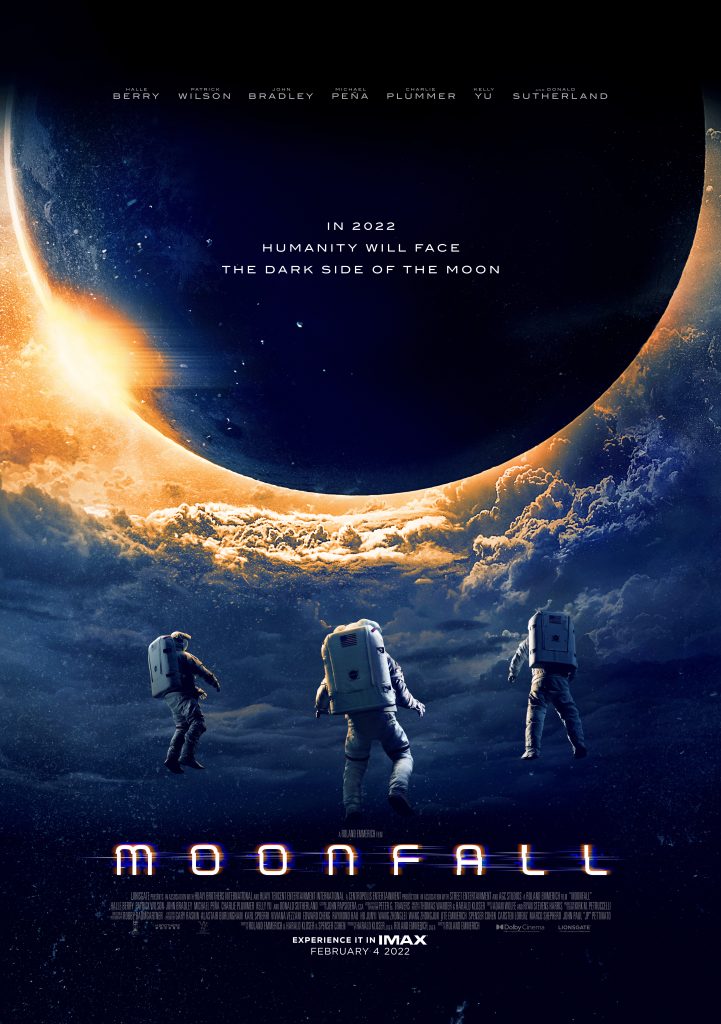