“More Than Robots” follows four teams of teenagers from around the world as they prepare for the 2020 FIRST® Robotics Competition. Get to know teams from Los Angeles, Mexico City and Chiba, Japan as they work towards the goal of taking their unique designs all the way to the highly competitive global championships. Although they are faced with overcoming challenges along the way, such as having limited resources within their community or putting everything on hold because of a world-wide pandemic, the kids persevere and learn that there is a lot more to the competition than just robots.

When I grew up, I was always drawn to literature, television, and film that revolved around the future. I thought, well hoped, that by the time I was a teenager we’d have flying cars, holograms, and personal androids. I was wrong. However, looks like I only needed to wait 15 to 20 more years to see some of these things come true. It may not be quite how I envisioned it but technology is evolving every day. In 2008 we saw will.i.am become the first person to be a hologram on television. Then in 2012, we saw a live hologram of Tupac during Coachella that blew our minds. As of this year, 2022, there is a flying car that was cleared in Slovenia, and as we know, thousands of households have had Roomba robot vacuums since 2002. So, the future that I and many others looked forward to seeing is slowly breaching the horizon. Let’s just hope this reality doesn’t play out like a sci-fi disaster film.

“The kids are becoming agents of change that this world needs…”

Children are the future because soon enough, they’ll be the only ones knowledgeable enough to control and navigate it. Directed by Gillian Jacobs in her feature-length documentary directorial debut, More Than Robots is a refreshing reassurance that the future is in good hands. Every generation tends to get berated by the ones that came before it, especially as technology evolves. Words like lazy, soft, and entitled, among other things, are often thrown around. When in actuality, it’s probably just jealousy the elders feel. Jealous that a world has been cultivated to make things faster, easier, and more accessible compared to their upbringing. But wasn’t that the point? It lends itself to a more creative, more compassionate, and more intelligent future because as we age, we learn to work smarter and not harder. Just like everything else in our society, the negative things tend to be amplified while positivity struggles to see the light. I’d argue that each generation is more goal-oriented than its predecessor, and Gen Z is no different. While Millennials are next at the helm, it’s Gen Z that is getting most of the flack as of late. However, with what they have learned and have access to, they might take the lead at an earlier age. And More Than Robots is a perfect example of what they are capable of.

Focusing on multiple teams, students, and a few teachers from across the world, the documentary showcases the critical thinking, hard work, dedication, and collaboration that the FIRST Robotics Competition brings out of the teens that participate. Accepting every background, gender, skill level, and location, this all-inclusive competition helps provide students with skills that they can transfer into their everyday lives. Furthermore, it fosters positivity, encouragement, and what they’ve coined as “coopertition.”  The students are not simply building robots, but a sense of community as well as self-worth. Additionally, they are shown that through teamwork, no matter what the challenge is, whether it’s a lack of resources, lack of specific know-how, or a global pandemic, you can be an asset and make a substantial impact by being yourself. We all have something to offer. The film is lighthearted and fun while also harboring an air of importance. Highlighting students that are all from different cultural and financial backgrounds, this radiant documentary drives home the message that intelligent good-hearted kids come from everywhere. More Than Robots is a good time for the whole family. Before this, I had no idea this competition or the FIRST organization existed. Now that I know, it’s something that I’d love my son to participate in when he reaches high school, if he’s interested. This is a documentary that is easy to watch and everyone should see. Its rewatchability is medium.

The pacing is done well. We get an abundance of information, inspiration, and emotion in a perfect amount of time. Set up to follow multiple people and teams, it doesn’t linger too long on any one thing it keeps a balanced story. What popped for me was how learning how the FIRST program works when it comes to independent out-of-the-box thinking. And as a result, we see how the students responded to the rise of covid.

There’s no denying that technology as well as those who can comprehend it and build it are the future. It may have always been that way, but it is even more evident now. What a film like this does, is open the door for more kids across the world to see how STEM and STEAM activities can and will enrich their lives. This isn’t just a peek into what is to come, it’s here now and thriving. Moreover, with how fast the world is changing and evolving, you can either adjust and adapt or get left behind. More importantly, the principles that the FIRST Robotics Competition highlights and holds its competitors to are essential to a successful professional and social life.

More Than Robots is now exclusively streaming on Disney+. Stay safe and enjoy. 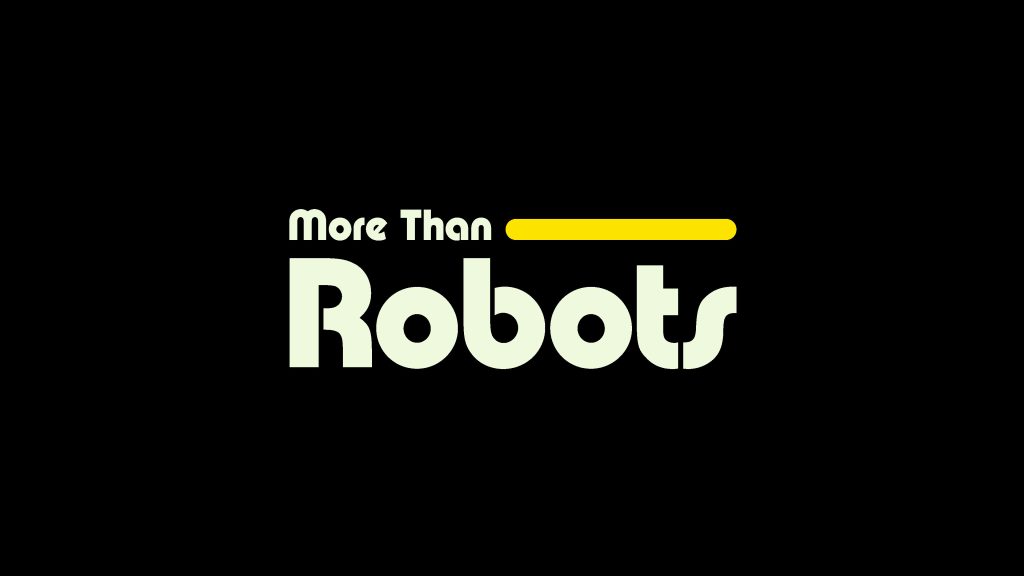