Most Anticipated Games In 2023 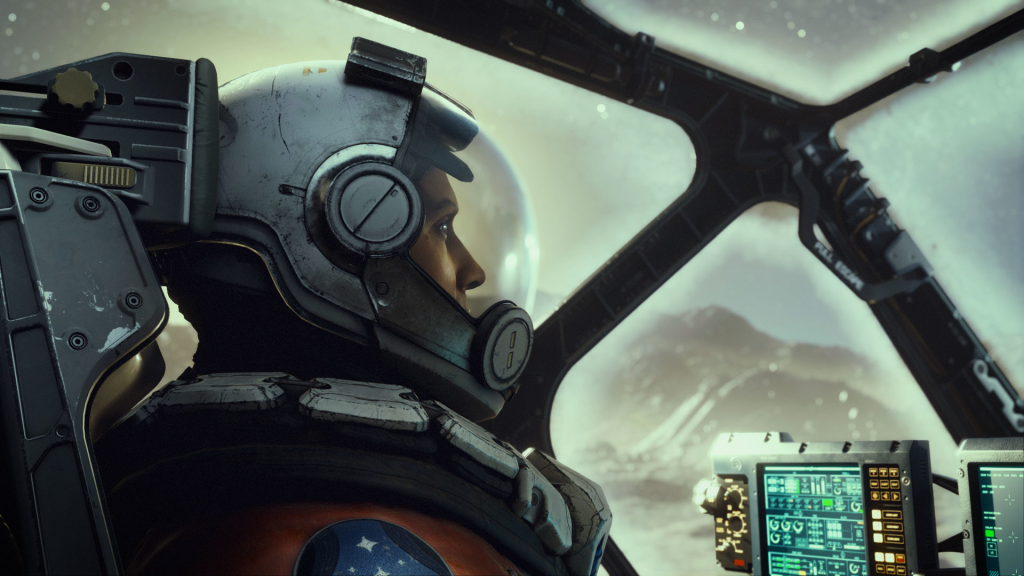 New games for the new year, right? It is especially true this year because there are several major banger video games that are going to be released, provided that their release dates do not get pushed back for some reason.

This year will see the release of a number of video games that are either sequels or remakes of previously popular titles. There are also new intellectual properties (IP)  on the list that are ambitious, and we are hoping that they will not be a flop since we need more new triple-A IPs.

These are the games that people are most looking forward to playing in 2023. 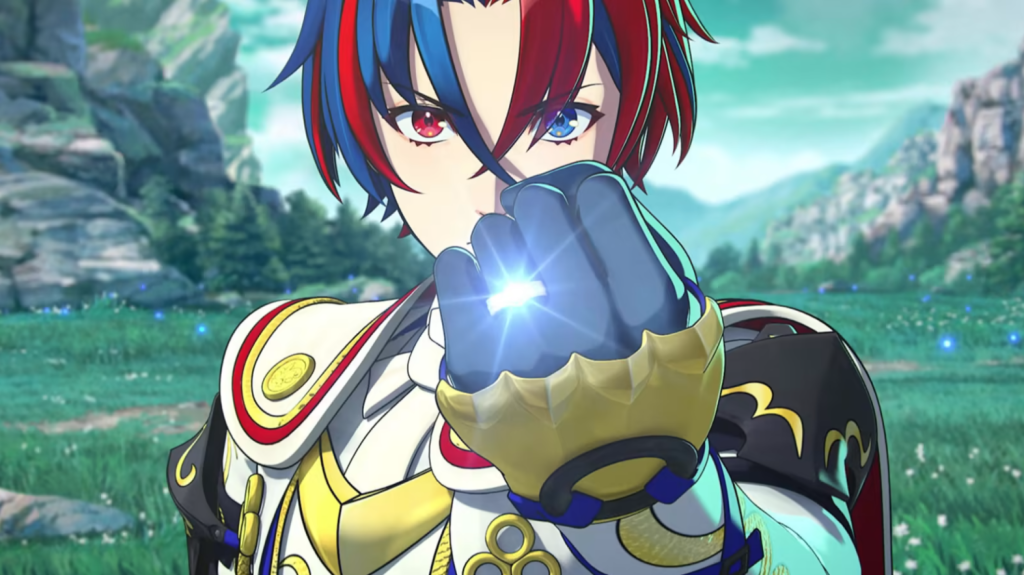 Fire Emblem Engage is the Fire Emblem series’ upcoming mainline title. The game is set on the continent of Elyos, and your base of operations is on Somniel, which looks like a paradise and haven before your next story progression. This is also the place where you can interact with your allies and build relationships as well.

The gameplay appears to be based on the early Fire Emblem games, but with new twists. The twist comes in the form of Emblem Rings, which features characters from previous games such as Marth, Ike, and, most recently, Byleth from Three Houses.

Fire Emblem Engage will be released exclusively on the Nintendo Switch this January 20, 2023. 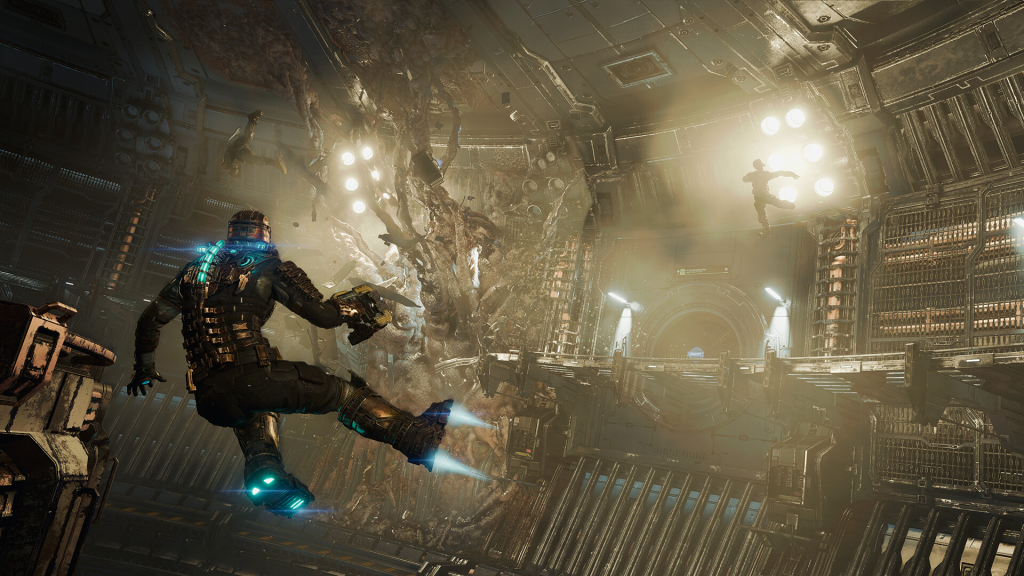 Finally, this year sees the return of another classic horror game. The Dead Space remake is one of the year’s most anticipated remakes (there is another game below).

Return as Isaac Clarke and stomp your way through the game’s story as you fight necromorphs, dismember them, and stomp on their body parts in Dead Space. One of the major changes they made, which is a good thing, is the Intensity Director, which alters the game and spawns enemies dynamically if you plan to explore the game. 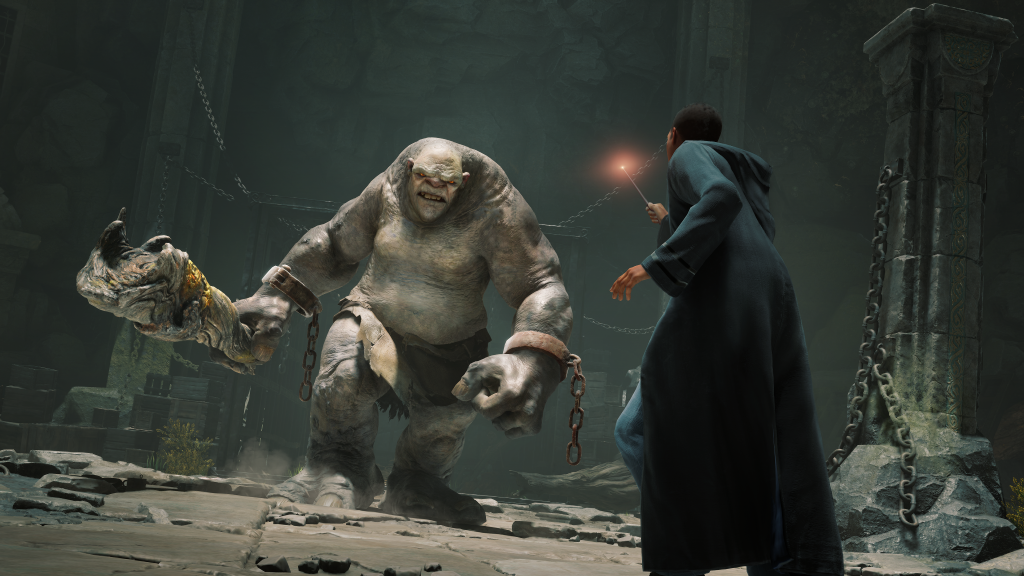 Hogwarts Legacy was supposed to be released in 2022, but the release date was pushed back to allow more time to fix and work on the game, which is commendable given the number of cases of supposedly great games being bad due to bugs.

It is an action role-playing game set in the Wizarding World universe, inspired by the Harry Potter novels and films, as well as the Fantastic Beasts films. You enrol as a student at Hogwarts with full character customization, and you can choose your house, which includes the infamous Gryffindor and Slytherin. Additionally, players will be able to cast spells, which is likely a dream come true for many Harry Potter fans.

Hogwarts Legacy is set to be released on February 10, 2023, for PS5, Xbox X|S, and PC. A port will be released on the Nintendo Switch and the previous generation of consoles after a few months. 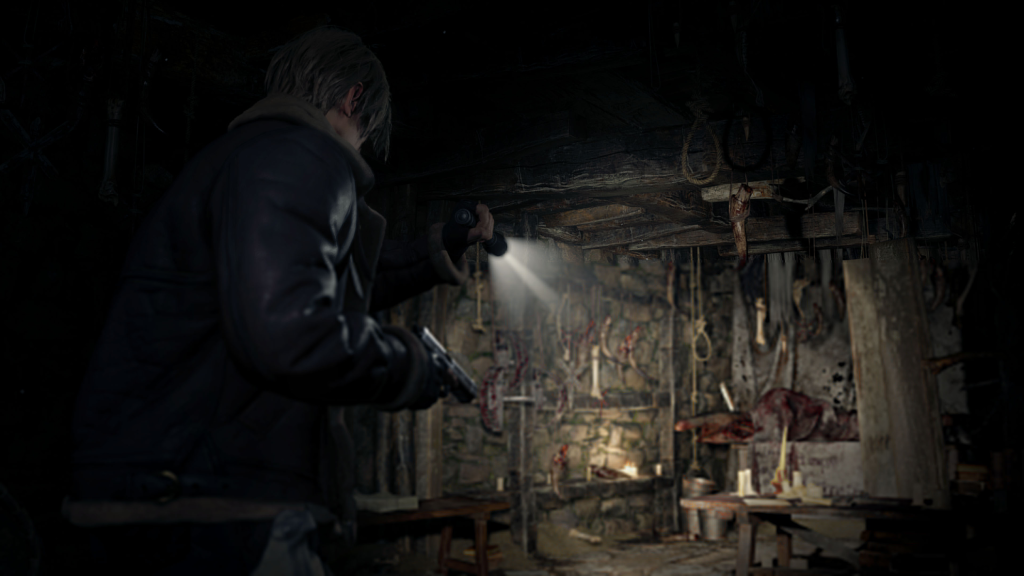 Capcom continues to remake the Resident Evil series, and this year marks the release of Resident Evil 4 Remake. Resident Evil 4 is widely regarded as one of the best games of all time, so the stakes for this remake are extremely high.

Based on the trailers, it appears to take a darker tone than the original, which is a welcome change given that the original marked the series’ transition from horror to more action-oriented gameplay. In this new take on Resident Evil 4, players must once again save Ashley while fighting off the Los Illuminados and Sandler’s henchmen.

Resident Evil 4 Remake is expected to be released on March 24, 2023, for PC, PlayStation 4 and PlayStation 5, as well as Xbox Series X|S.

The Legend of Zelda: Tears of the Kingdom 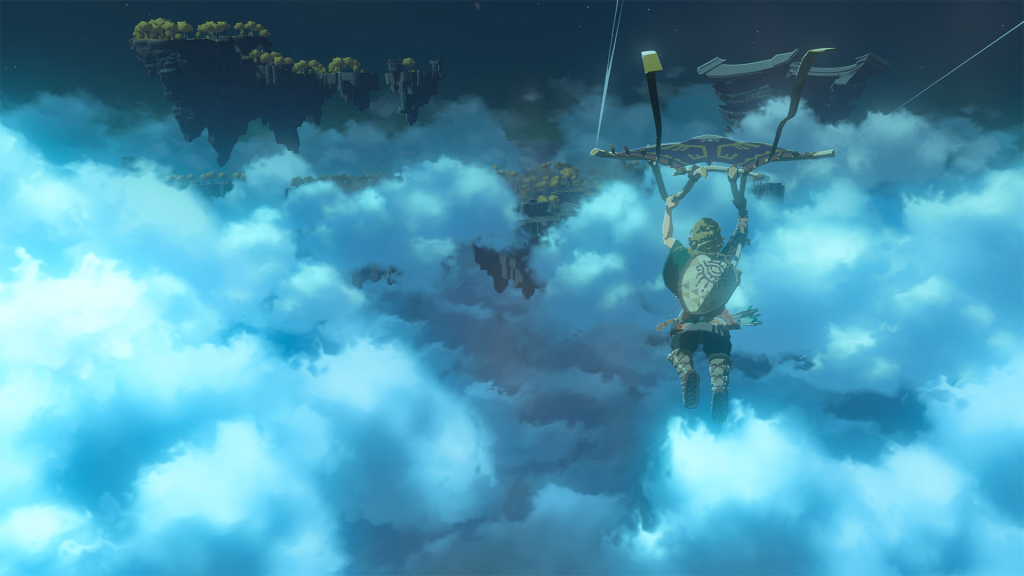 Unfortunately, we do not yet have a lot of information regarding what has changed and what is new, but we do know that the gameplay foundation of the previous game heavily inspired this planned sequel to the first game. It was also nominated for, and even won, honours for being the most anticipated game between 2020 and 2022.

The good news, however, is that we have a set date of May 12, 2023, for its release for the Nintendo Switch. 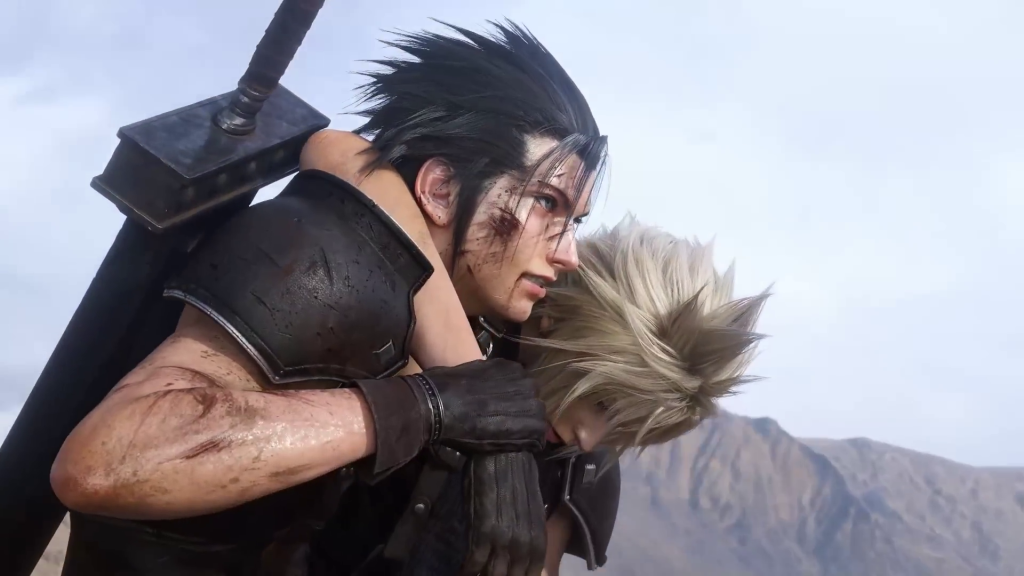 Final Fantasy 7 Rebirth is the next chapter in the series reimagining, which is also the second instalment of the trilogy. Being a direct sequel to the first game, it closely follows the ending of Final Fantasy VII and continues the story of Cloud and his party.

We have only seen a video to this point, but it shows Zack, Sephiroth, and some significant locations in the game. These are places that you will visit as you explore more of the world since the last game focused more on Midgar.

Final Fantasy 7 Rebirth will be released on PlayStation 5 in the Winter of 2023.

Starfield is another highly anticipated game, and one of the few new IPs being developed in quite some time. It is Bethesda Game Studios’ first new IP in over 25 years, so we can expect large worlds and plenty of exploration when it is released.

We’ve seen some great gameplay mechanics in the past few months, such as exploring a world, fighting enemies, gathering materials, and building ships and space hubs, which should be core components of the game.

Unfortunately, no release date has been set for this game, but it is expected to be released between the first and second quarters of 2023. 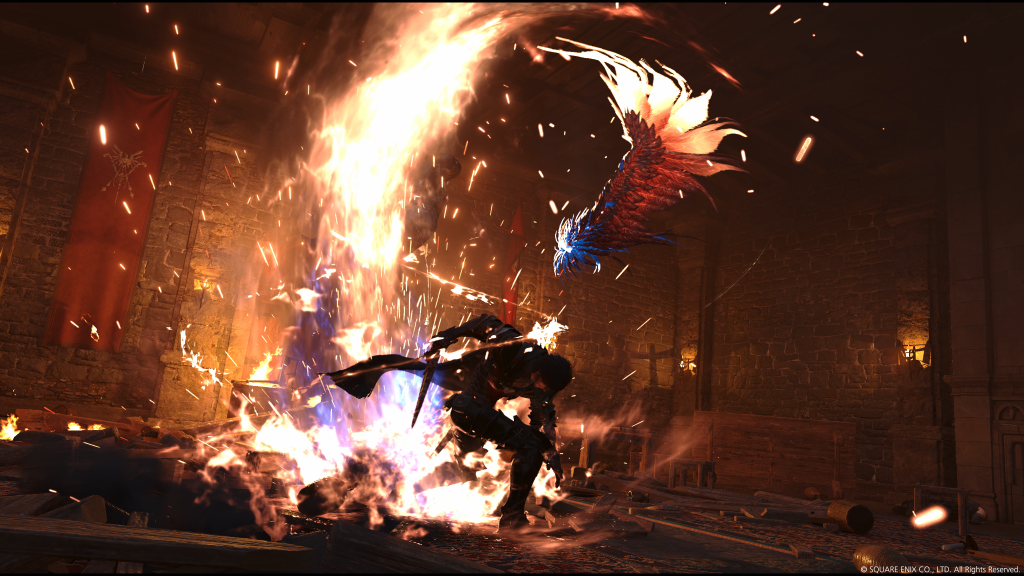 As a mainline and numbered Final Fantasy game, it does not follow the same story as previous games because it is set on Valisthea and appears to revolve around people with great magical prowess and summoned monsters such as Shiva, Titan, Bahamut, and many more. 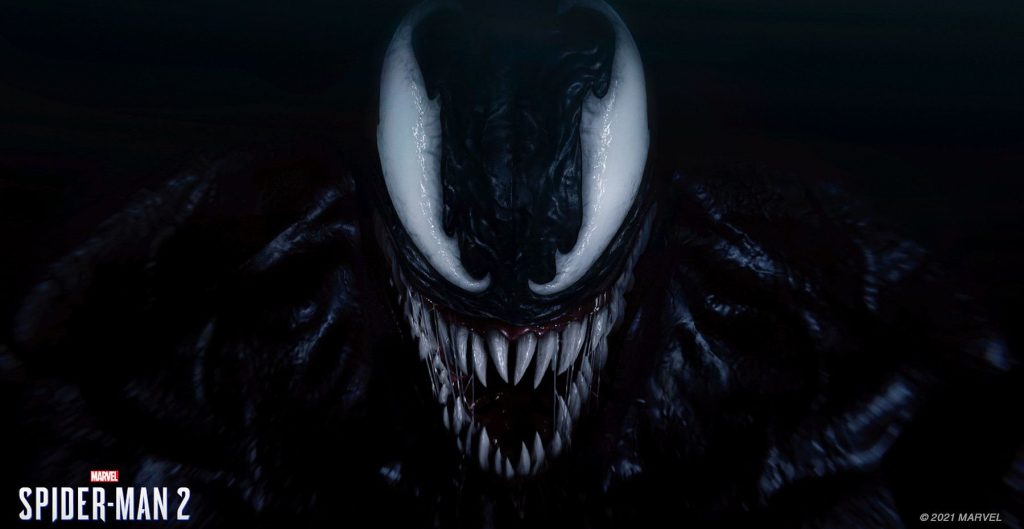 When it was first released in 2018, Marvel Spider-Man by Insomniac Games was widely regarded as one of the year’s most outstanding video games. It was recently confirmed that the proper sequel will be released this year, with both Peter Parker and Miles Morales playable as they battle Venom, who is voiced by Tony Todd.

In the subsequent weeks or months, I really hope that we are able to obtain additional information. It is anticipated that Marvel Spider-Man 2 will be released in the fall of 2023. As this is a PlayStation exclusive, remember to grab a PSN Gift Card from OffGamers here to prep for what’s to come!

This year, 2023, will be huge for gamers, especially as stocks for PlayStation 5 have finally been stable for quite some time now, and prices for computer parts have dropped lower due to less demand, so more and more players will be able to play these amazing games on launch.

In addition, Nintendo Switch is surprisingly still going strong with the release of Fire Emblem Engage and The Legend of Zelda: Tears of the Kingdom. What games are you looking forward to playing this year? Let us know in the comments below!