Fans of comic books and superheroes rejoice! MARVEL and DC are both set to close 2022 out with some impressive video games set in their respective universes. Better news, still: the two comic book juggernauts have even more games in the pipeline for 2023 and beyond.

Down below, you’ll find our list of the most highly anticipated upcoming superhero games coming out in 2022 and 2023. Let’s dive right in! 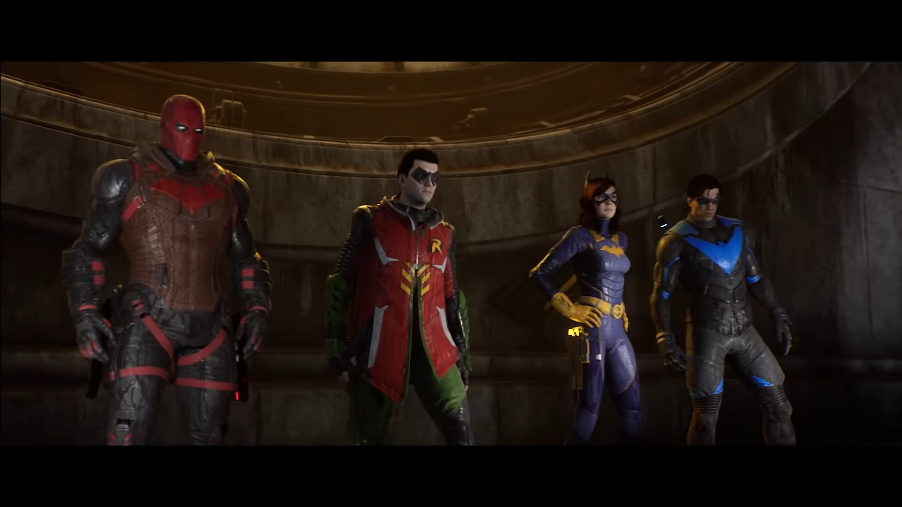 This action RPG by WB Games Montréal is a spiritual successor to the acclaimed Arkham games. Set after the death of Batman, players control the Caped Crusader’s protégés as they protect Gotham from the aggressive expansion of a new criminal underworld. Playing as Robin, Batgirl, Nightwing and Red Hood, you and a buddy take on the notorious Court of Owls in a two-player co-op adventure set in an open-world Gotham City.

Although Gotham Knights is set in a separate universe from the Arkham series, previews and trailers show a game that’s inspired by that hit trilogy. Fans of Batman’s previous AAA titles will be eager to get their hands on this one.

Fortunately, you won’t have to wait long. Gotham Knights will be released on October 21, 2022, for PC, PlayStation 5, and Xbox Series X. 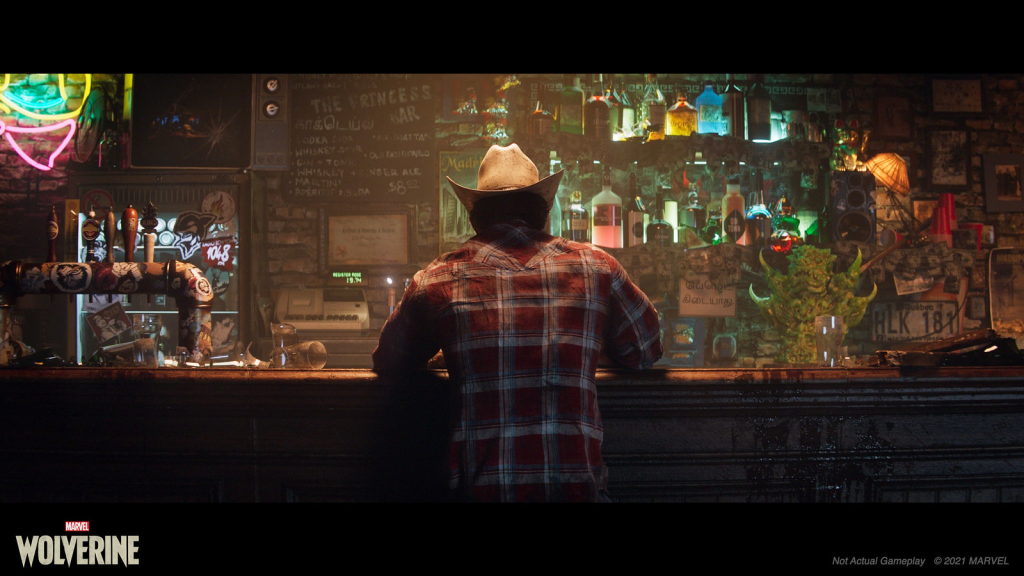 After the success of Marvel’s Spider-Man, Insomniac Games looks to be establishing itself as the go-to developer for premium superhero games. The PlayStation Studios subsidiary recently revealed a new project starring the gruffest X-Man, Wolverine.

We don’t know much about the project other than that it doesn’t share a universe with Insomniac’s Spider-Man game. The reveal trailer looks like it will have a darker, more mature tone than the Insomniac’s Spider-Man games, and astute comic book fans have spotted a few clues in the short teaser hinting at a potential Hulk cameo. Insomniac themselves haven’t confirmed anything, but it’s still early days, so look out for more news in the coming months.

Marvel’s Wolverine has a tentative release window of 2023. Currently, it will only be a PlayStation 5 exclusive, though considering Sony’s recent policy of re-releasing popular Sony games on PC, we wouldn’t be surprised to see it come to your home computer sometime in the future. 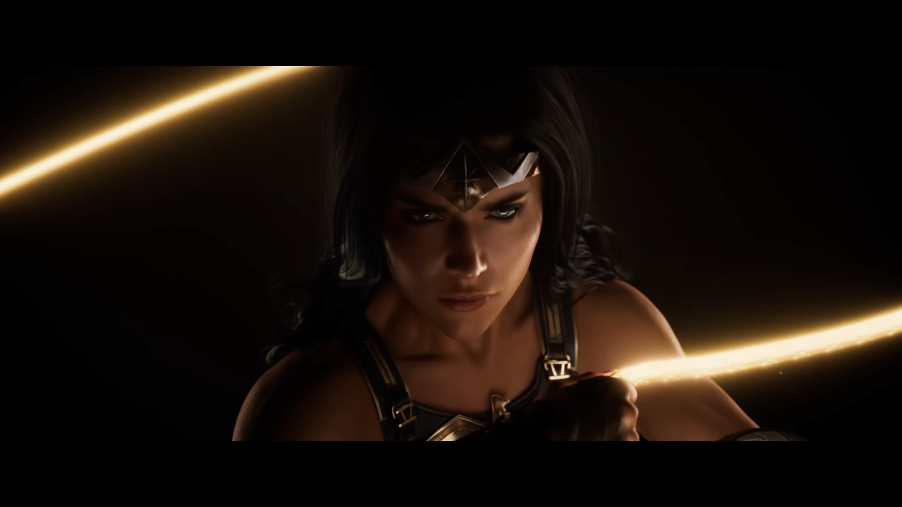 First announced during the 2021 Game Awards, the new Wonder Woman game is a single-player, open-world action title by Monolith Productions, the team behind the wildly popular ‘Middle-earth: Shadow of’ duology.

Not much news has been released, though this type of game is Monolith’s forte. Fans of Shadow of Mordor and Shadow of War will have an idea of what to expect. Publisher WB Games have confirmed the game will have an original story, so it won’t tie into the films or comics.

In a tweet earlier this month, narrative director Tony Elias teased a mechanic similar to the Nemesis system from the ‘Shadow of’ games, which allowed the player to brainwash and give orders to enemy chiefs. Perhaps randomly generated narrative branches are in the cards, as suggested by a job listing for a senior writer to help the studio with “procedural dialogue.”

The Wonder Woman game doesn’t have a release date, at the moment. Monolith also has yet to confirm what platforms it will come to, though it’s almost certainly coming to PC, PlayStation 5, and Xbox Series X. 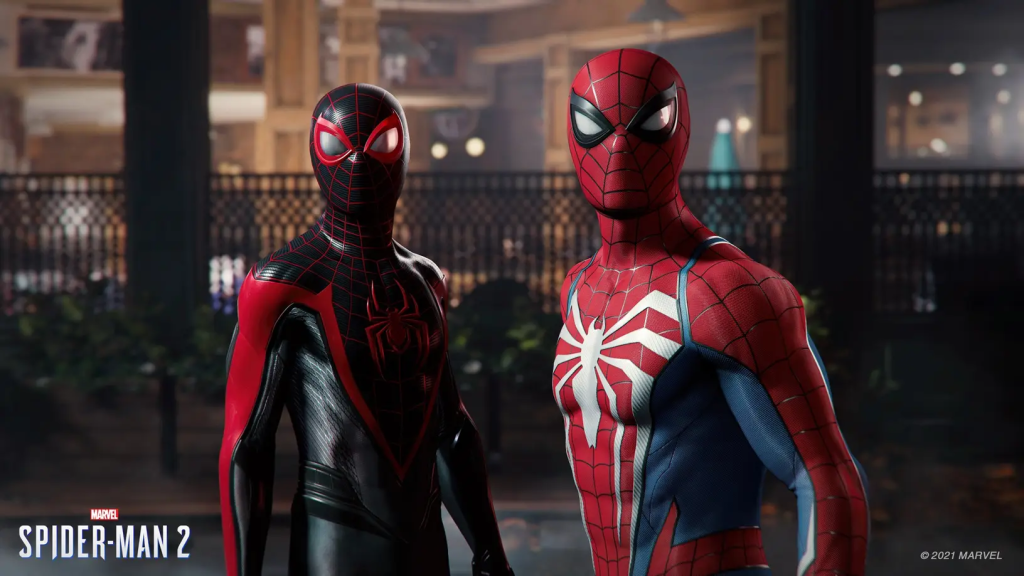 Considering what a massive hit the first Spider-Man game has been for Sony, both on PlayStation and PC, news of a sequel comes as no surprise. Peter Parker’s latest adventure is scheduled for a 2023 release and will be a PlayStation 5 exclusive (sorry PlayStation 4 fans). Insomniac Games is building Spider-Man 2 alongside the new Wolverine game, which would explain the vague launch window.

Fans of Spider-Man and the Miles Morales follow-up game can expect a web-slinging adventure that’s bigger and better than ever. Insomniac has also come out and said it will be a “darker” game than the original, with new abilities and villains. On villains: fan-favourite symbiote, Venom, will make an appearance in the new title, as shown in the 2021 reveal trailer.

Rumours abound that a co-op game mode may be coming, thanks to some sleuthing data miners, who dug up deleted multiplayer mode data from the game files. No official word on that, but it’s an exciting prospect that’s at least partly supported by the reveal trailer’s heavy focus on Peter Parker fighting side-by-side with Miles Morales.

Like the original game, Marvel’s Spider-Man 2 will only be coming to PlayStation 5, though a future PC release could be possible.

In the Fall of 2021, Rocksteady gave the world a first look at its in-progress superhero title starring Amanda Waller’s Task Force X. Set in a Metropolis in chaos, players control the Suicide Squad in an expansive, open-world city under siege by an unknown alien force. When, by some mysterious power, the Justice League turn their sights on the city they were trusted to defend, the fate of Metropolis falls on the shoulders of its vilest villains.

Kill the Justice League looks to be quite a departure from the hard-hitting, counter-heavy combat that Rocksteady is known for from their Arkham titles. We’ve only seen glimpses, so far, but from what the trailers have shown us, Kill the Justice League will be a blending of the souped-up combat of Infamous with the incredible sandbox exploration of the Arkham games.

Suicide Squad: Kill the Justice League is set to release sometime in Spring 2023 for PC, PlayStation 5, and Xbox Series X. 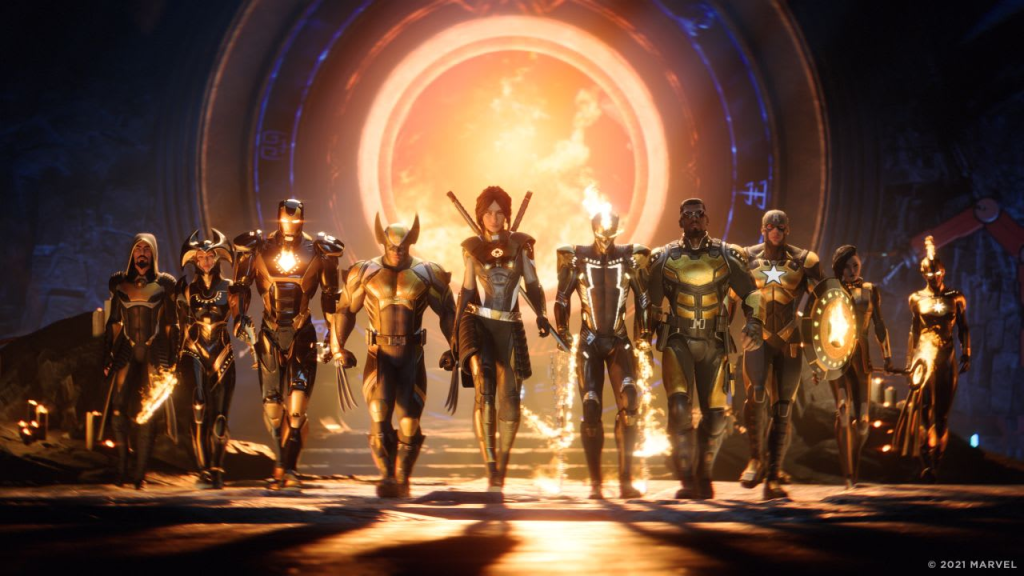 Nearly all of the games on this list are action titles, which makes Midnight Suns a breath of fresh air. Developed by the strategy game experts at Firaxis, Marvel’s Midnight Suns is a turn-based tactical RPG that lets players put together a team of superheroes from the Marvel pantheon.

The base gameplay takes a lot from the XCOM playbook but with a few new elements to mix things up. You can pick three Marvel heroes to go to battle with, and each can be equipped with cards that represent their superhero abilities. This gives you the flexibility to tinker with each hero’s kit following the type of foes you’ll be facing.

Marvel’s Midnight Suns will be dropping on December 2, 2022, for the PC, PS5, and Xbox Series X. Previews and early trailers have been very promising, so if you like superheroes or turn-based tactical games, Midnight Suns should be on your watch list. 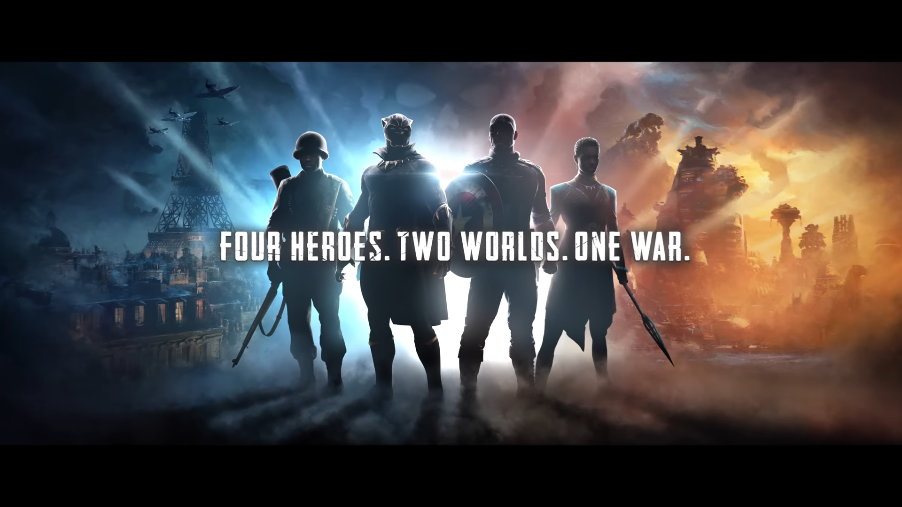 This as-yet-unnamed project is the debut video game from Skydance New Media, the studio formed by Naughty Dog alum Amy Hennig of Uncharted and Soul Reaver fame. The title studio will be tapping into Hennig’s considerable video game script writing experience to create a “narrative-driven, action-based” experience set in the Marvel universe.

Originally rumoured to be a new Fantastic Four game, the title’s four-person hero lineup was recently revealed at the latest Disney & Marvel Games Showcase. Captain America and the Black Panther (not T-Challa; his grandfather, Azzuri) are set to lead, with two lesser-known characters rounding out the ensemble: Gabriel Jones, a member of the Howling Commandos, and Nanali, leader of the Wakandan spy network.

Unlike the other games on this list, this project is being developed by a newly formed studio, so there’s no way of knowing how the final product will turn out. What’s clear, though, is that with Amy Hennig in charge, we can at least expect a compelling story.

There’s currently no confirmed release date for this game.

That just about covers all the major superhero games that you should be looking forward to. Whether you’re a Marvel fan or a DC stan, we can all agree that the future of superhero video games is looking bright! And since most of these games will be (or have the potential to be) playable on the PlayStation, make sure to get some PSN Gift Cards from OffGamers here today!

What superhero game are you looking forward to the most? Let us know in the comments below.