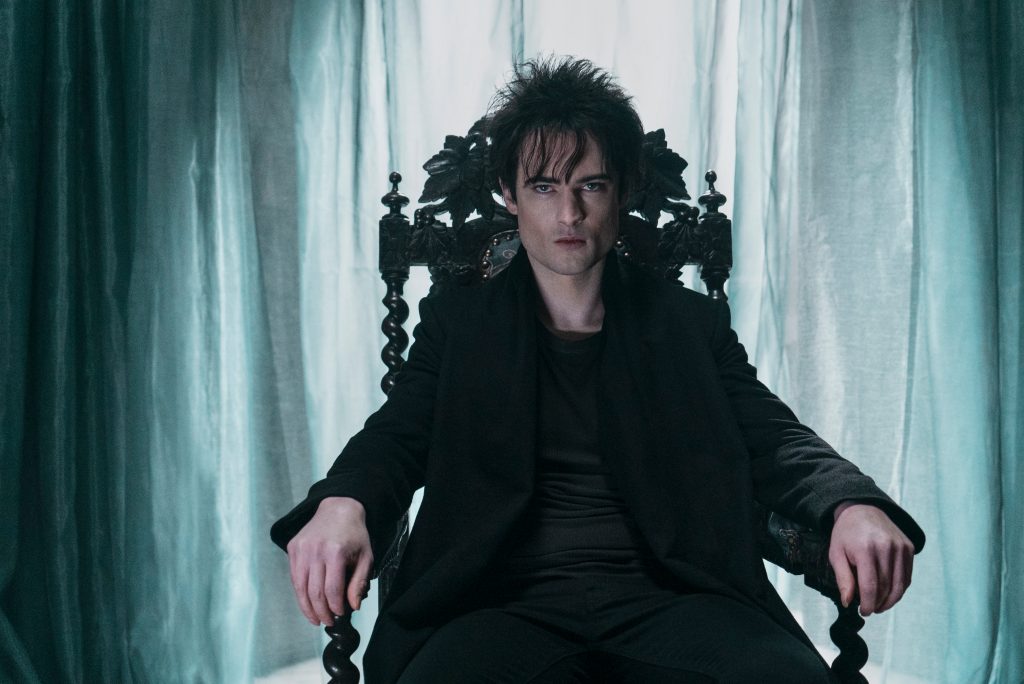 I was not familiar with Neil Gaiman’s work before American Gods. Then, I watched the series, read the book, and started learning more about Gaiman. From what I gathered, The Sandman was one of his most well-known stories. A beloved comic series that was released by DC Comics and ran from 1989 to 1996. Already liking what I was seeing from Gaiman, I was looking forward to Netflix’s adaptation of The Sandman. When I was given early screeners a week ago, I was also excited. Let me say, I was not disappointed.

Have you ever watched a show that was so good that you found yourself audibly expressing your enjoyment? After every episode, I was saying out loud “damn this is a great f*cking show”. I do not think that I’ve been this excited and satisfied with a series in a long while. Gaiman really does a great job storytelling and the people behind Netflix’s The Sandman did a phenomenal job bringing the comic book pages to life.

Who’s Who in The Sandman?

The main cast features Tom Sturridge as Morpheus/Dream, Vivienne Acheampong as Lucienne, Boyd Holbrook as The Corinthian, Kirby Howell-Baptiste as Death, Vanesu Samunyai as Rose Walker, Patton Oswalt as Matthew the Raven, and many more. At the center of the story is Dream – the ruler of the Dreaming world who starts the series off trapped in the “waking” world. When Dream finally is able to break away from his imprisonment, he must rebuild what’s gone wrong in his absence, as well as track down a rogue nightmare.

Morpheus/Dream is not your typical protagonist. At times, Dream can be callous and unsympathetic to the natural human acts that other characters display in front of him. As humans, we’re watching it and projecting our emotions and such onto situations. But, we have to remember that Dream is not a human and his decisions are not always ones that we would probably make in his situation. But, Sturridge does a great job commanding the screen and bringing depth to a character who could seem incredibly one-dimensional if it weren’t for certain scenes and dialogue. Not only are Dream’s scenes with Death some of my favorite, but I absolutely, absolutely (!) loved the episode between Dream and Ferdinand Kingsley as Hob Gadling.

I also believe that The Sandman has given us one of the best “bad guy” interpretations that we’ve seen in a long time. Boyd Holbrook is wonderfully twisted and frightening as the nightmare, The Corinthian. The entire story of the show pretty much takes off with Morpheus attempting to tug the Corinthian away from the waking world, where he’s causing real-life mayhem. With Morpheus trapped for over a hundred years, The Corinthian has free reign over humanity. And oh man, does he have “fun” with it. The Corinthian is charming, dangerous, and meticulous. Every time Holbrook is on screen, he becomes larger than life, and seeing him on screen always elicits a shudder – as you never know what he’s going to do.

The Sandman does a wonderful job in bringing you into the world and catching you up with the lore that you need to know. In many ways, I almost feel like it’s a combination of American Gods and at times, The CW’s Supernatural. At times, it’s incredibly meta, but at times, it’s incredibly emotional, and if parts of episode six don’t make you cry, I’m going to ask questions. The scenery is fantastic, the costumes are great, and overall, I think it does a great job of immersing you in this world. Even the side characters and filler episodes serve a purpose and it’s an enjoyable show that I want more of. Seriously, once I finished episode ten, I found myself instantly wanting season two. Please, Netflix, don’t do the thing you usually do and cancel this show – I need more!