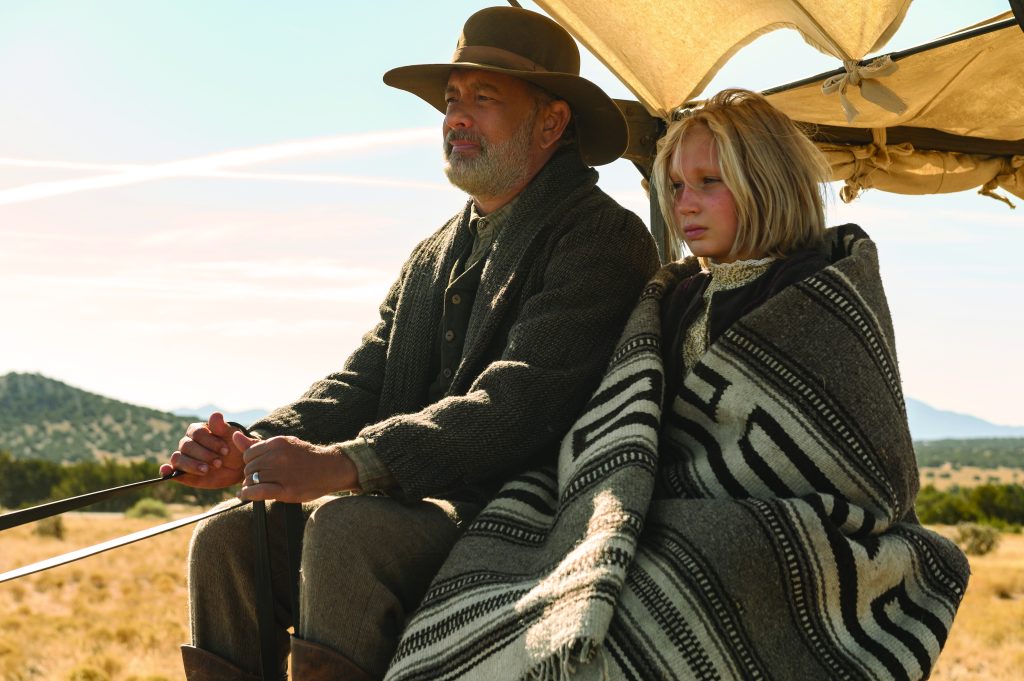 Five years after the end of the Civil War, Captain Jefferson Kyle Kidd (Hanks), a veteran of three wars, now moves from town to town as a non-fiction storyteller, sharing the news of presidents and queens, glorious feuds, devastating catastrophes, and gripping adventures from the far reaches of the globe.

There was once a time when the news was trustworthy and revered. A time before people took up yelling, “fake news” and started to believe YouTube videos over scientists. However, if this film is any indication of how things began (it is), there is always someone with power and influence attempting to spread their narrative instead of the truth. It is especially prevalent when there is already someone who is doing it the right way and is moderately successful. Information is power, if you don’t already have power, and that power garners attention, that attention then allows you to do an infinite amount of things. Ultimately, it comes down to truth or lies, right or wrong, helpful or hurtful, and how you want history to remember you. With that said, we must learn how to better differentiate facts from opinions and to accept factual information even if we don’t agree with it. I know cognitive dissonance is hard to handle but you can do it.

Based on a best-selling novel of the same name, News of the World is a heroic western tale of sacrifice and valor. Methodically yet suspensefully told, the film is a daunting journey filled with heart, self-discovery, and danger at every turn. Featuring a mostly mellow, trance-inducing score and eye-catching cinematography, Captain Jefferson Kyle Kidd’s bravery is hard to ignore. Set in the adolescent stage of America’s ignorance, it’s a film where the destination isn’t as important as how you get there. While captivating, the story only momentarily focuses on its commentary about news and it’s importance to the people. Alternatively, the tale becomes more about the progressing relationship and connection between two people and the treacherous trail they’re traversing. At times the film can feel rather drawn out but wakes you back up with some intense action sequences and heartfelt moments. Hoisted up by terrific acting, the gripping dramatic adventure falls just short of being great. Its rewatchabilty is at a medium.

Half a decade after the Civil War’s end, Captain Kidd decides he going to travel from town to town sharing news and stories from around the world for the price of ten cents. Reading from various papers, he delivers the news in front of a crowd that isn’t always too pleased to hear what information he belts. One day as he makes his way to another town he stumbles upon a ransacked wagon and finds a scared little girl among the debris. As the Captain attempts to find out where she belongs, he notices an unusual language barrier. Not wanting her to fend for herself, he ends up on a dangerous journey as he tries to get her home.

The film’s pace is rather sluggish at times but makes up for it with intense action sequences.

In a film full of characters, three outshine the rest. Two are its main characters, Captain Jefferson Kyle Kidd (Tom Hanks) and Johanna (Helena Zengel). Hanks wows as expected, fully becoming the war veteran and commanding the screen. His character’s courage and chemistry with Zengel’s character make for an enthralling experience. Zengel delivers Johanna’s determination, despair, and innocence perfectly. Then there’s Ron Avalon (Michael Angelo Covino) who is devious and ruthless. The scenes with him opposite of Hanks and Zengel are feverish and gripping. Covino makes a great villain.

News of the World releases in theaters on Christmas day. Enjoy and stay safe. 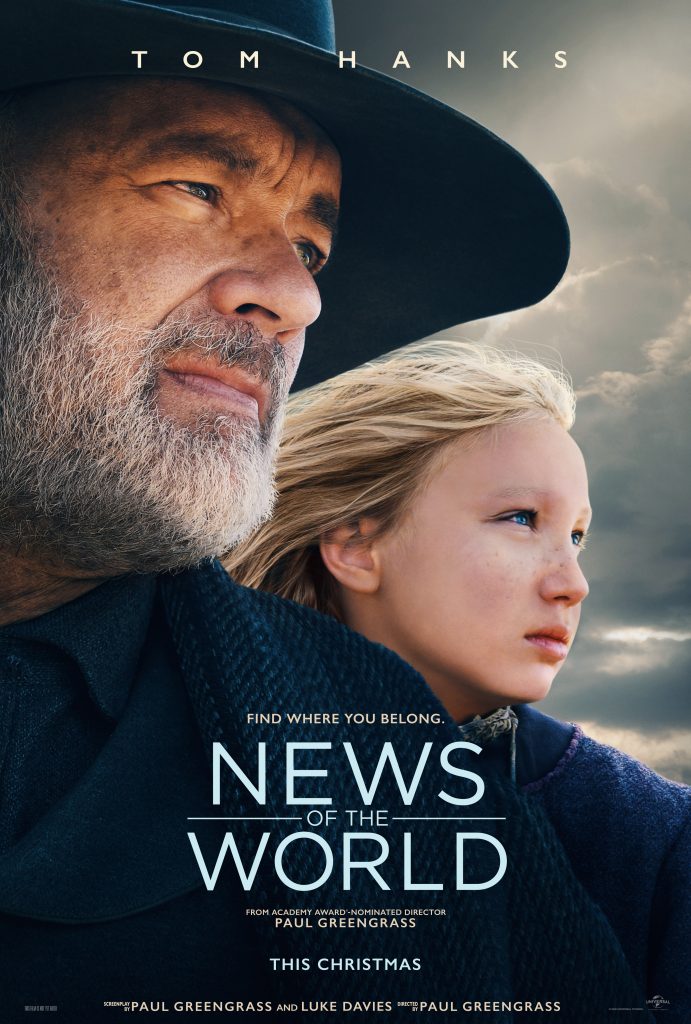 News of the World 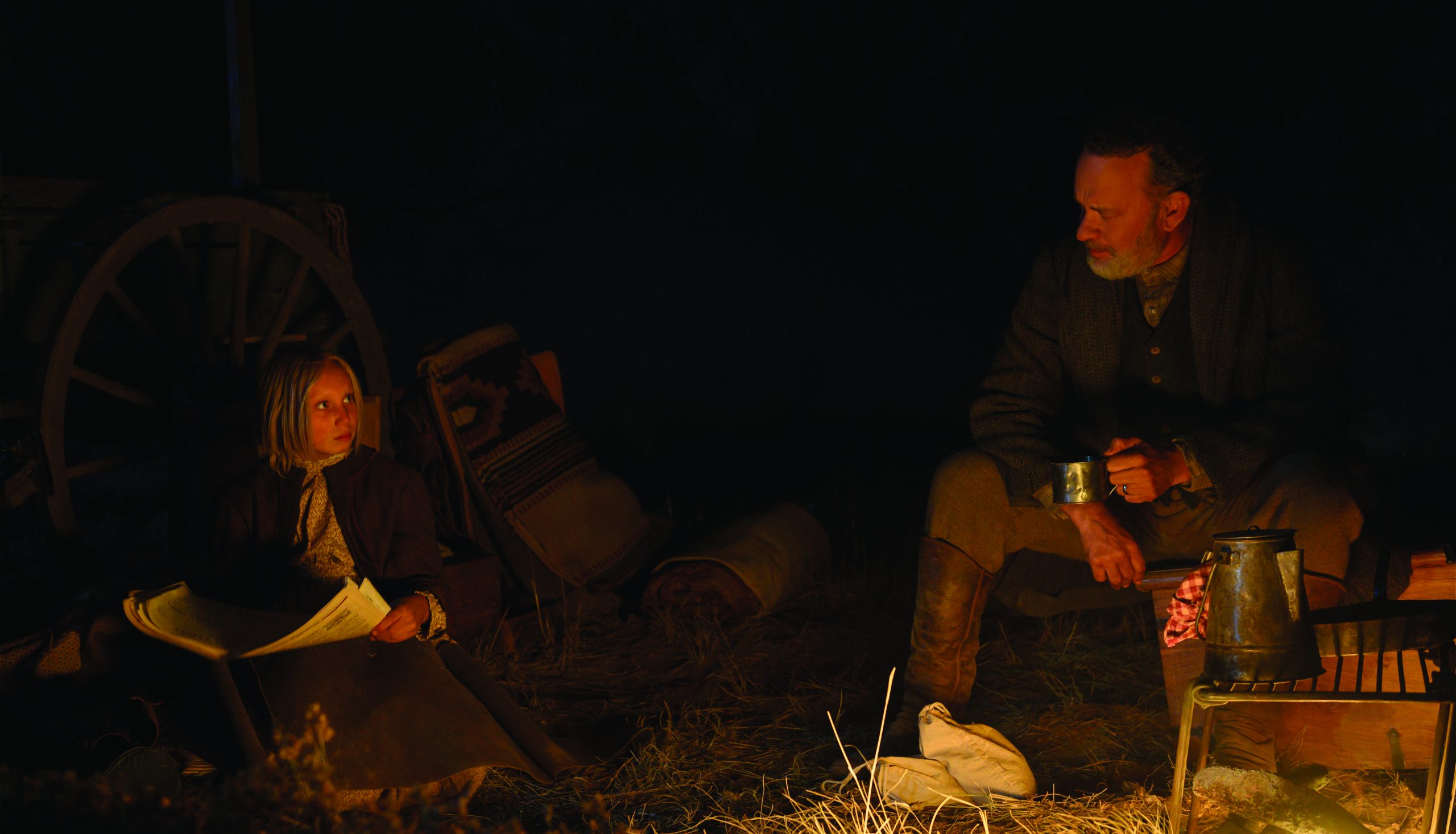