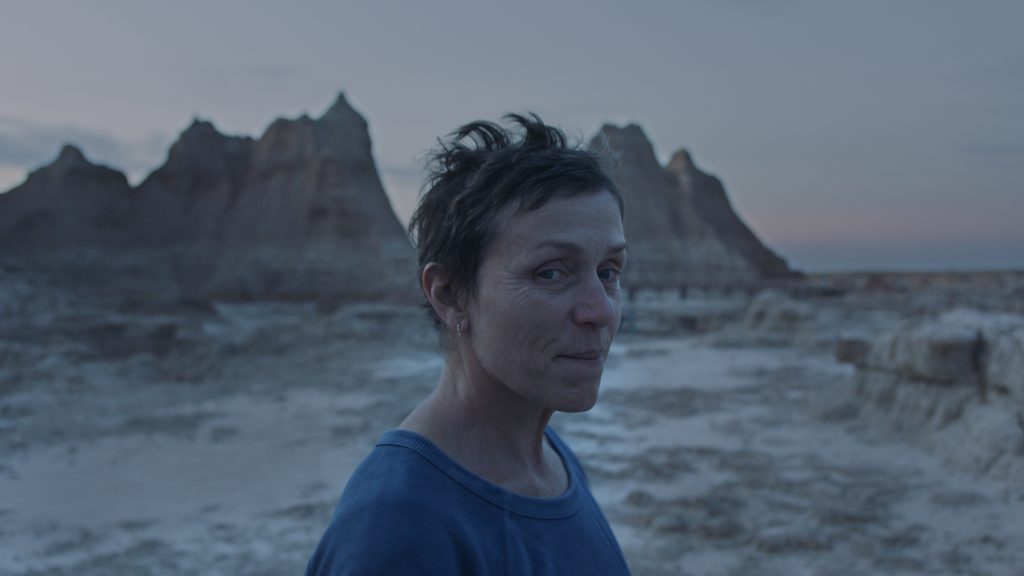 Following the economic collapse of a company town in rural Nevada, Fern (Frances McDormand) packs her van and sets off on the road exploring a life outside of conventional society as a modern-day nomad.

Our current situation in America, due to The Rona, has led most of us to question how we’ve lived life up to this point. The way we get food, the jobs we hold, where we live, how we invest and spend our money, and our survival skills are among hundreds of things that have worried us all. In order to change or better your situation, you must be proactive in some way. While proactive to some may end in only minuscule changes, doing nothing is the worst thing you can do. And now move than ever we could use that sense of community that was once prevalent in every community.

In a reminder to take control of your life, Chloé Zhao’s Nomadland is a beautiful look at human resilience and the nomadic spirit. Based on the book Nomadland: Surviving America in the 21st Century, the film is subtle, delicate, intimate, and handled with care. If The Short History of the Long Road had an artsy, more sophisticated older sibling, Nomadland would be that sibling. There’s a genuineness to the film that is unlike most.

While the story is a drama it feels incredibly like a documentary. The film is heartfelt and especially relevant as it explores a way of life that may be on the rise. It is able to lovingly showcase the nature of the nomadic van and RV culture in a way that is conscientious and fruitful rather than exploitative. Filled with moments that allow you to truly appreciate its amazing cinematography, it also awards you the privilege of bonding with Fern (Frances McDormand) through its quiet personal moments. Furthermore, the mellow and dulcet score adds enchantment to every scene. Focusing on a character that has lost it all due to circumstances out of her control, Zhao is able to bring us a story with authentic strength, drive, and will to live.

With its themes of perseverance, humanity, and enjoyment of life, especially the latter years; it’s easy to fall in love with the nomadic narrative. This is a film about real people, real problems, and a real solution that we can all learn from. In addition, having individuals that actually live the lifestyle embedded in the film, makes me love it even more. Fantastically written and phenomenally directed, Nomadland is a must-see, soon-to-be Oscar-winning film. Its rewatchability is medium-high.

After Fern loses her husband and her livelihood due to the economic collapse of the great recession, she is then forced to find a new place to live and consistent work. When that doesn’t happen, putting her pride aside, she resorts to living out of her van in order to solve both issues. While traveling from place to place to find work, Fern is invited to join a community of people living exactly as she is and thriving. Now having an expanded and caring support system, she is able to rediscover herself, love, and the beauty the world has to offer during the backend of life.

This is a journey film, a slow-burn that is quiet yet powerful. Its slower pace is necessary to convey the importance and weight of the situation at hand. I promise you, it’s worth it.

For a film this great, there are surprisingly only two professional actors involved, Frances McDormand and David Strathairn. McDormand as Fern is a masterclass in acting. Her honest and grounded performance leaves a lasting and emotional impression. Her chemistry with everyone she encounters is so good that you’d think that all the nomads in the film were actors. If she wasn’t one of your favorite actors before, she should be now.

Nomadland will be in theaters and streaming on Hulu on February 19, 2021. Stay safe and enjoy. 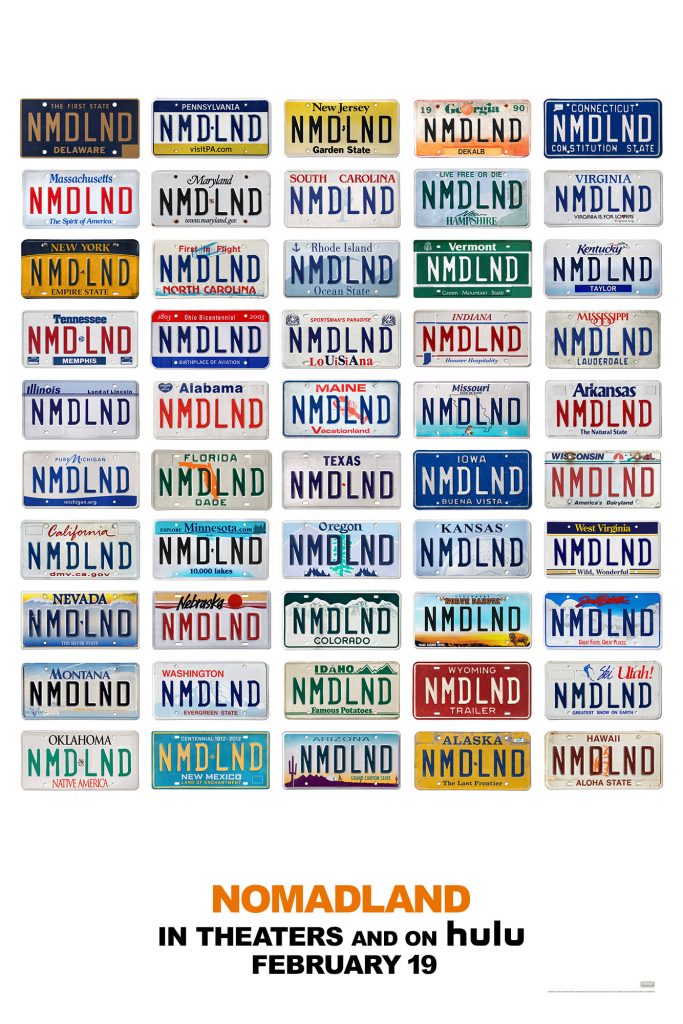