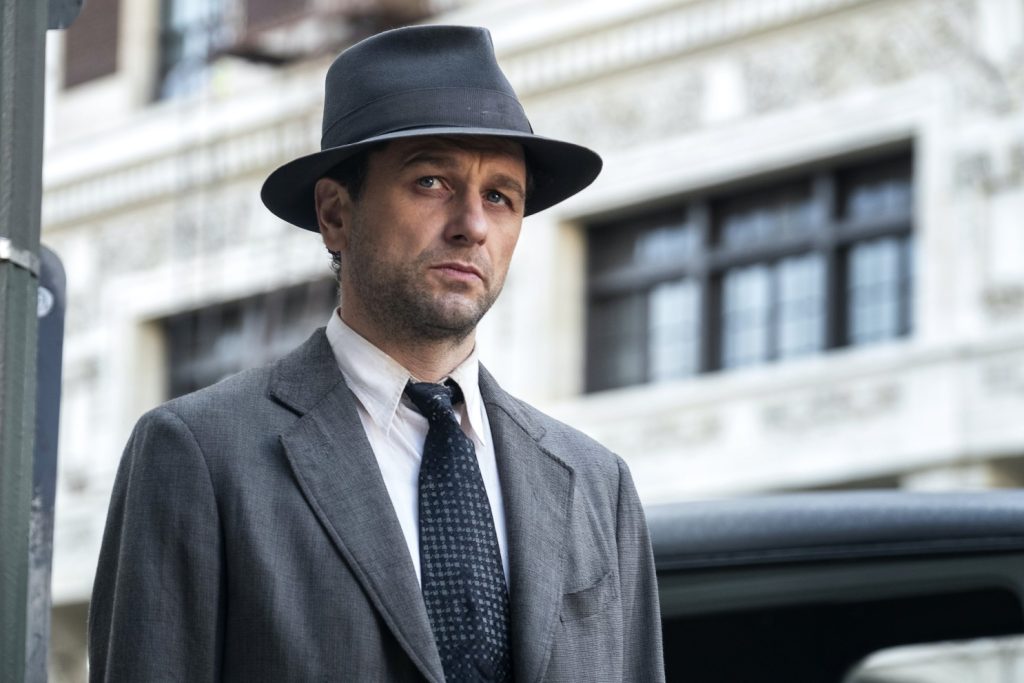 The show critique portion of this review was written by my colleague Ishmael Hurst.

When yours truly caught wind of a new Perry Mason adaptation to be featured by HBO, I didn’t know what to expect. Like most, I’ve only ever known the character and the series through it’s incarnation in the 1950s and 60s, the black-and-white mystery drama starring Raymond Burr with a cocked brow and a clean suit. It’s my conservative mother-in-law’s favorite show to put on while sewing. In my consideration, the original series’ opening theme song (“Park Avenue Beat” by Fred Steiner) is more iconic and recognizable than anything that followed it.

“What kind of man are you, Mr. Mason?” a man inquires in the premiere season’s later half.

“A piss poor one, if I were to be honest,” he replies.

My mother-in-law’s favorite defense lawyer is nowhere to be found in HBO’s Perry Mason. In the first television adaptation of Erle Stanley Gardner’s prolific detective fiction series, Mr. Mason was portrayed as a cool-headed, serious and astute man with an arrow for truth and virtue that never missed. The new Perry Mason, as played by Matthew Rhys (The Americans, The Post), is nothing you would expect. At the story’s start, we find him as an opportunistic, apathetic private detective rather than a sharp and educated lawyer. He is a broken, suffering misanthrope often drenched in an alcoholic fever-sweat, separated from his wife and child, and discharged (under mysterious circumstances) from a war that left him deeply traumatized. It takes the unsolved murder of an infant, perhaps the most nightmarish of catalysts imaginable, and the treacherous mystery that billows after to drive Mason toward the obsessive pursuit of truth that defines the character. 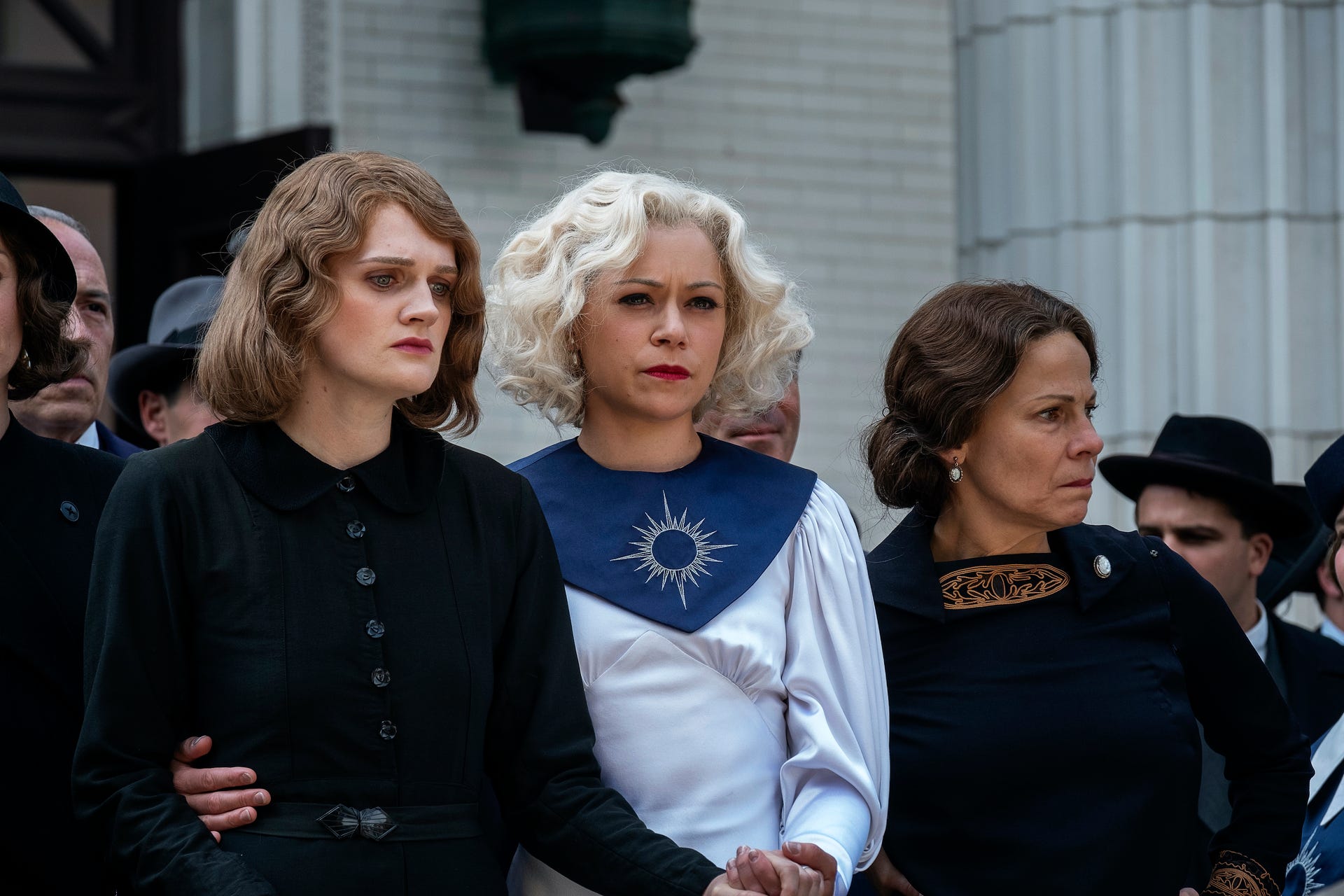 The series is gifted by an amazing supporting cast, many of whom receive enough arc trajectory and camera time to be called alternating protagonists. John Lithgow is E.B. Jonathan, a veteran defense lawyer and Mason’s mentor, who drags him into the fold and pulls the story into focus. Lithgow portrays an intelligent, proud member of the bar who is only starting to realize he’s stretched far beyond his prime. Pete Strickland (Shea Whigham and his grimace in another period piece), Mason’s partner, and Della Street (Juliet Rylance, American Gothic, McMafia), E.B.’s over-qualified secretary, work thanklessly for their respective employers but have entirely different methods and motivations. Actor Chris Chalk (When They See Us, Gotham) is ever-compelling as Paul Drake, a black man working as a beat cop to protect his community. Drake has the natural instincts of a detective, but is walled in by the oppression and corruption that surrounds him, and ultimately must choose between the comfort of complacency or the dangerous pursuit of justice. Finally, Tatiana Maslany (Orphan Black) delights as Sister Alice, the evangelical figurehead of a massive church assembly that is mysteriously tangled in the season’s ongoing mystery.

As a grisly HBO period piece set in the early 1900s, the show inevitably draws comparison to Boardwalk Empire (2010-2014), which is warranted- half of the first season’s episodes are directed by Tim Van Patten, who did abundant work on the former series. However, juxtaposed though it is as an other-side tale of crime and consequence, Mason deserves to stand alone.  It questions the moral methods of truth-seeking and the politics of justice, and explores the gap between the two. Perry Mason is captivating storytelling at its finest, and well worth a day-long binge watch. The premiere season sets a precedent for what will surely be a series in league with HBO’s finest. 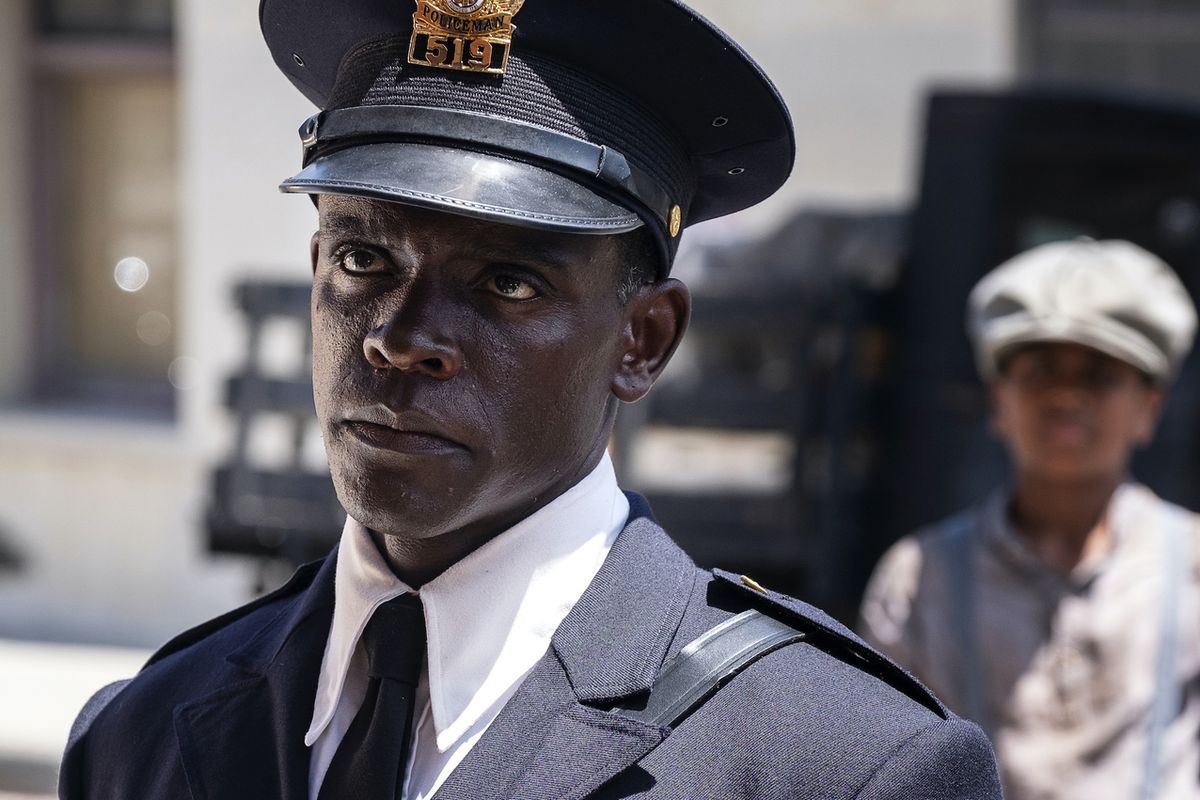 Perry Mason comes to Blu-Ray with an excellent 1080p presentation in 2.00:1 that handles all of the various darker settings with ease. This is a very dark show, both thematically and visually, which allows the show to build tension within the mystery. This presentation provides incredibly deep black levels that handle subtle details really well. With a quick comparison to the streaming option, the Blu-Ray disc holds up slightly better in the depth of field during these scenes, and a quite a bit better in digital artifacting. One of the most impressive aspects of this series is the eye-popping production design. Clothing and other elements of the sumptuous production design show off a pleasing amount of texture all around. There does not appear to be any issues with compression artifacts, digital noise or any nuisances of the sort on the disc. There are not many instances of intense color, but brightly lit sequences during the day reveal nice shades of green and tan within nature. Skin tones likewise look quite natural with subtle features easily distinguishable. This presentation really does the show justice.

This Blu-Ray comes with a DTS-HD 5.1 Master Audio track that delivers an enveloping journey into this world. The show features a beautiful, jazzy score from Terence Blanchard (Blackkklansman) that permeates the channels in a really pleasing way that flows through you at all the right moments. Dialogue primarily stays in the center channel, and is crisp and clear without ever being clipped by sound effects or music. The track has a defined sense of directionality that accurately places the sound in the mix. There is some impressive engagement in the low end, mostly in the urban Los Angeles setting. The show does employ some panning effects when necessary, and ambient details are an essential part of every episode that allows the world to feel more lived-in. Overall, the audio mix is a fantastic part of the package. 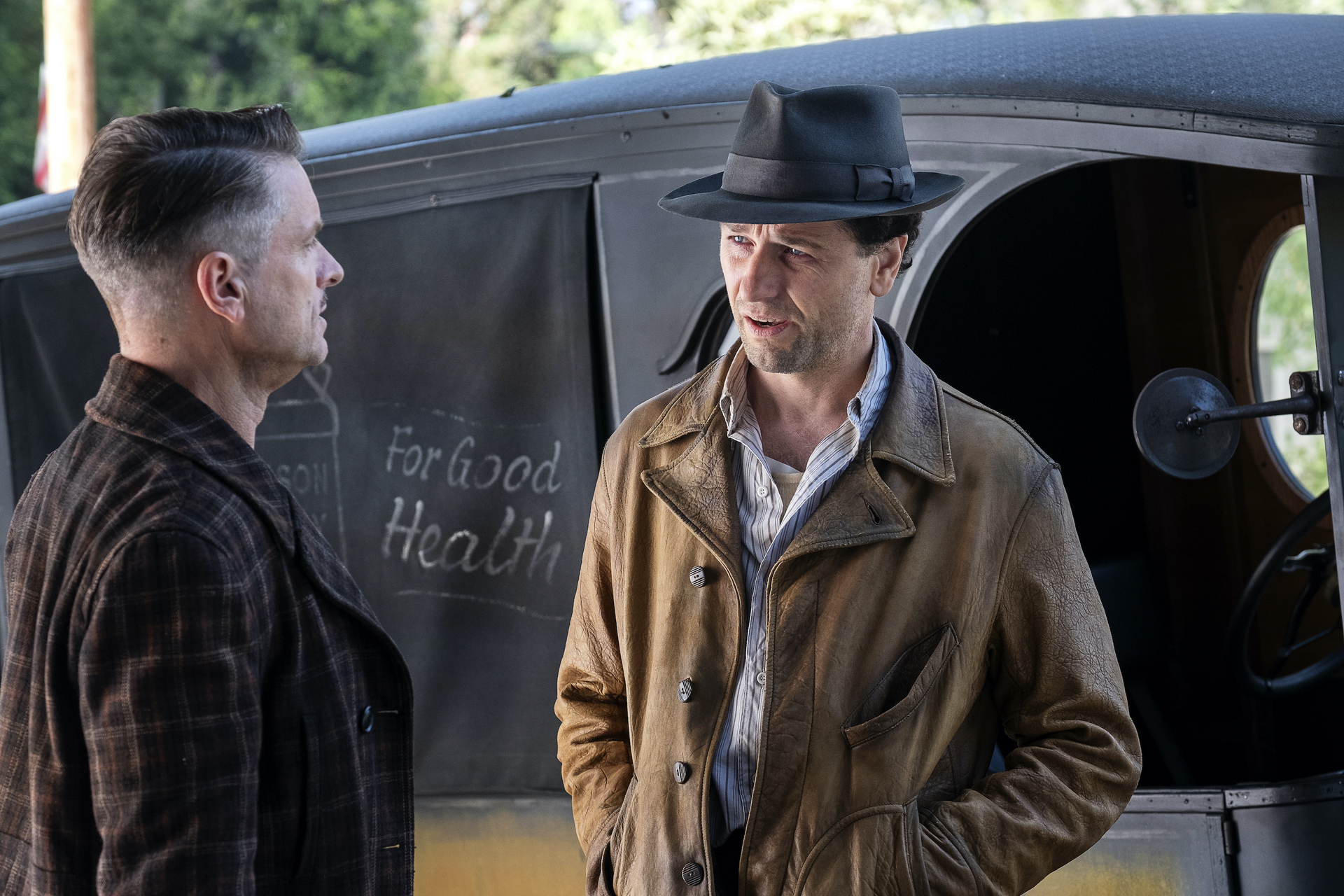 The first season of HBO’s Perry Mason takes a well-established cultural figure and keeps him relevant by delving into the past. This show is impeccably crafted and executed on pretty much every level, especially when it comes to showcasing the talent that is Matthew Rhys. It is astonishing how consistently great HBO is at delivering some of the finest television to hit our screens year round. Warner Bros. Home Entertainment and HBO have provided a Blu-Ray set sporting a wonderful A/V presentation and some fun special features. Allow yourself a few episodes to get into the groove of this new iteration and you will end up being captivated the entire time. Highly Recommended

Perry Mason: The Complete First Season is currently available to purchase on Blu-Ray and DVD.

Disclaimer: Warner Bros. Home Entertainment  and HBO have supplied a copy of this set free of charge for review purposes. All opinions in this review are the honest reactions of the author.