Get ready for edge-of-your-seat thrills in Raiders of the Lost Ark. Indy (Harrison Ford) and his feisty ex-flame Marion Ravenwood (Karen Allen) dodge booby-traps, fight Nazis and stare down snakes in their incredible worldwide quest for the mystical Ark of the Covenant. Experience one exciting cliffhanger after another when you discover adventure with the one and only Indiana Jones.

For thoughts on Raiders Of The Lost Ark, please check our review of the Indiana Jones 4-Movie Collection here.

For further discussion of the film and to get a look at the SteelBook packaging chekc out our discussion on The Video Attic:

Raiders Of The Lost Ark was previously released in the Indiana Jones 4-Movie 4K UHD Collection. The video portion of that review is provided below:

First things first, all four films in the Indiana Jones: 4-Movie Collection have been newly remastered from 4K scans of the original camera negative and serve as a significant step up from their previous Blu-Ray releases. The previous releases were pleasing in their day to various degrees, but Paramount completely knocks the video portion of the set out of the park this time around with these new 4K UHD Blu-Rays. These new releases arrive with a stellar 2160p/Dolby Vision transfer that rank among the most pleasing committed to the format. In an effort to not duplicate descriptions, I will largely attempt to group the films together while pointing out noticeable differences.

As the series progresses, the video quality gets even stronger, but the initial installment offers what may be the most radical quality difference between the original Blu-Ray and the 4K UHD. The filmic quality is preserved for all the movies in the set with natural grain that yields an eye-popping amount of detail. There does not appear to be even a hint of artificial sharpening with detailed textures coming through in all of the expected places such as costumes and the various settings such as the rocky, mossy walls of caves and crypts. If you ever go back to the Blu-rays, the film will look lifeless in comparison to the almost three dimensional production design on display. Skin tones also look nice and natural throughout with an impressive amount of detail on display on the performers faces from the fresh-faced Harrison Ford of Raiders to the aged face in Crystal Skull.

The Dolby Vision provides colors that pop off the screen with a wondrous vibrancy that make this set a real visual treat. This set brings a tear to your eyes from the moment you set eyes upon the gold statue in Raiders. Every film in this set is filled with vibrant interiors and vivid colors when it comes to the costumes and production design. The density that some of these colors exude in the lush forestry or even in the classroom is unbelievable. Black levels are incredibly deep without giving way to any unwanted crush. With as many low-light situations as Indy finds himself in, this is critically important. Likewise, the white levels hold together beautifully with not even an ounce of blooming at any point. There is no hint of compression artifacts, banding or other digital anomalies to be found. This transfer allows a lot of texture and depth to shine through in the production design. I would be comfortable labeling these new 4K UHD Blu-Rays as cinematic perfection. 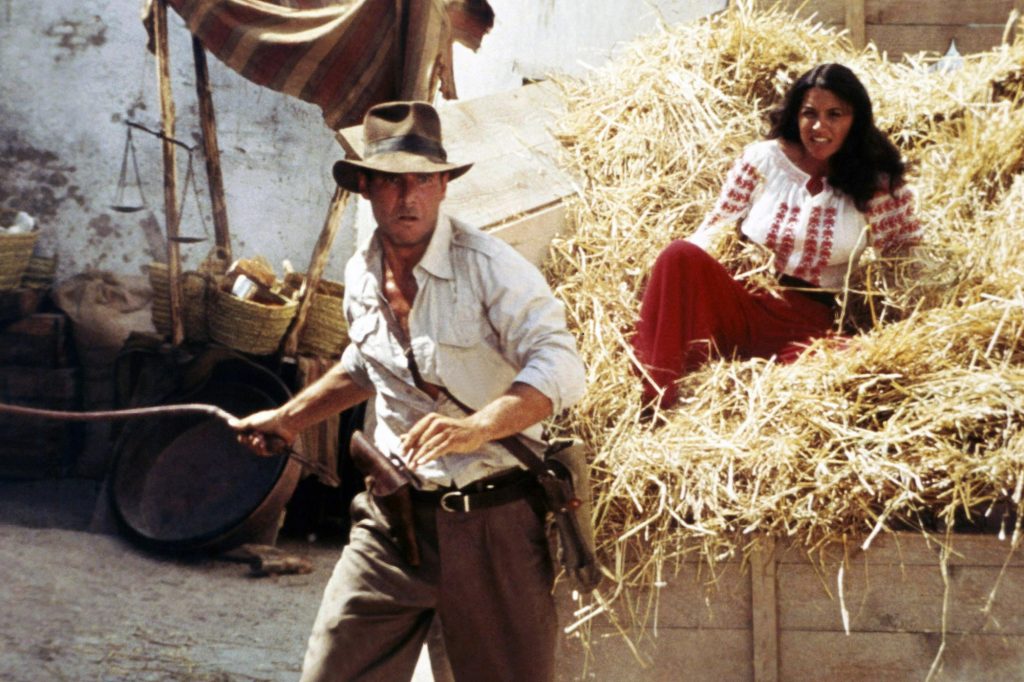 Raiders Of The Lost Ark was previously released in the Indiana Jones 4-Movie 4K UHD Collection. The audio portion of that review is provided below:

The 4K UHD Blu-Ray set offers a slick upgrade in the form of an impressive Dolby Atmos presentation that handles the action incredibly well. This track is not just impressive because it is loud or busy, what truly impresses is the nuance that is employed in the sound design. Directionality of sound is never an issue with this film series, and dialogue is reproduced with supreme clarity. The iconic soaring score from John Williams fills the room in a way that never fails to stir something deep inside of you. The track offers expert level immersion into the various lands so that even the subtlest elements are represented. The Atmos presentation takes full advantage of the expanded channel allotment. Height channels greatly impress as arrows soar across the screen, but one of the most impressive moments may be the new life given to the boulder sequence in Raiders. It is not just the obvious aspects that impress; weather sounds including thunder and crashing ocean waves in The Last Crusade brings a fully realized world to your living room. All of the sounds are balanced well during the action sequences from the gunfire to the roar of the vehicles – and even the squealing of screaming monkeys. The many set pieces and other smaller kinetic moments provide an incredible amount of activity in the low end. The concluding film of this set especially allows you to marvel at the sonic assault on display. Having your overhead channels deliver the awe-inspiring score from above does an amazing job of transporting you to this world. The audio presentation is a wonderful experience from start to finish. 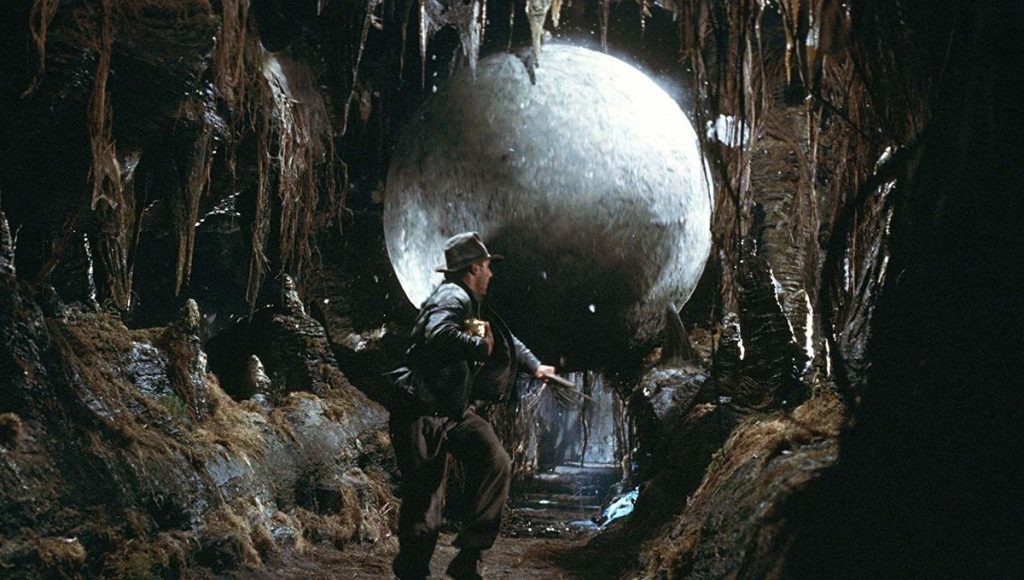 The main reason for this new release is to get the film in a sleek new SteelBook that is quite fetching in person. The SteelBook features front artwork utilizing the classic original poster, and the rear features a radiant shot of the globe. The interior sports a still photo of the Ark of the Covenant. Video of the SteelBook can be found in the video above.

Raiders Of The Lost Ark is one of the ultimate adventure movies that delivers all of the spectacle you expect from a Steven Spielberg film. Harrison Ford created one of his most indelible characters with this performance, and Karen Allen proved to be one of the most formidable female counterparts in the entire franchise. For sheer entertainment value, it does not get much better than this. With this new release, Paramount Home Entertainment recycles their previous 4K UHD Blu-Ray in a stunning new SteelBook packaging. The A/V quality is essentially perfection, but you will need the 4-Movie Box Set if you want extensive special features. Even if you already own the complete set, this new packaging is impressive enough to sway the most fervent collectors to invest in this title one more time. Highly Recommended

Raiders Of The Lost Ark is currently available to purchase on 4K UHD Blu-Ray Steelbook and Digital.