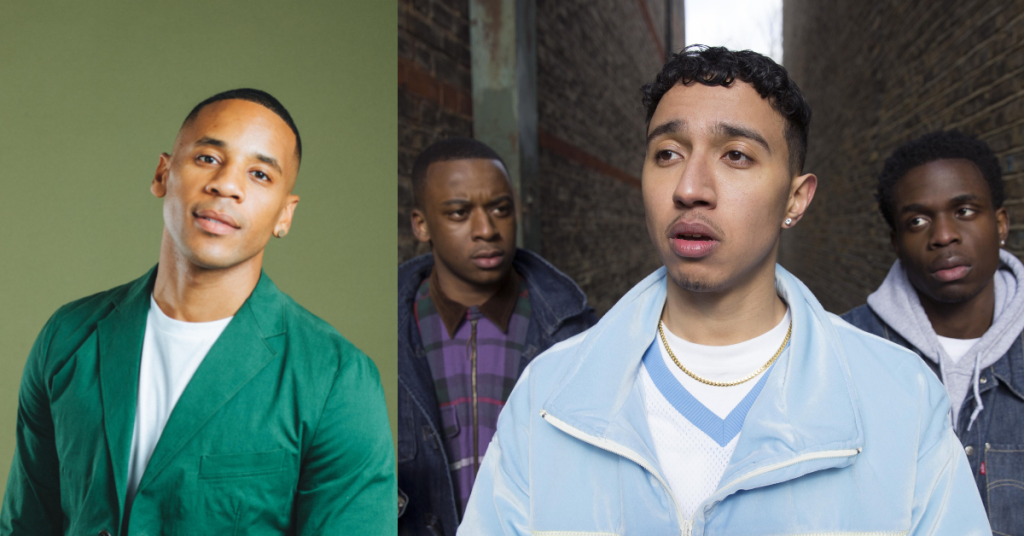 After a UK premiere in 2021, Pirates (2022) from writer-director Reggie Yates had its stateside premiere at SXSW last week. The film follows three 18-year-olds in London on New Year’s Eve 1999 as they navigate the changing landscape of their friend group, and try their damndest to score tickets for the biggest club party of the night. Cappo (Elliot Edusah), Two Tonne (Jordan Peters), and Kidda (Reda Elazouar) have been friends their whole lives, but that doesn’t mean staring down Y2K and their futures will make for an easy night. I caught up with Reggie, Elliot, Jordan, and Reda during SXSW to chat about Pirates. The following is that conversation edited lightly for length and clarity.

DEVIN: Kicking it off, and I’ll start with Reggie, where did the idea for Pirates come from?

REGGIE: From a writing perspective, Pirates came from a place of wanting to show a version of London that I know and that myself and my friends grew up in. When we moved to casting, we were looking for young men that embody that energy, where, you know, there is a big city thing and the love of London, but also not defined by some of the harder elements of it. In terms of working with these really talented actors, for me, it was brilliant, because they all not only delivered what was in the script, but they elevated it through performance. So in terms of what you bought to it, I guess you guys brought yourselves. How would you describe what you bought to the script y’all?

REDA: First of all, the script was very fun, very comedic. Just kind of three boys wanting to have fun, and we can all relate to that. Plus, Reggie, you allowed us to improvise on set. So we’re bringing a lot of our own experiences. Ourselves. People that we know. We really were able to make ourselves into our characters through those improvisations.

JORDAN: Yeah, I totally agree with Reda. We know people, people who are like these characters, and it’s nice to represent them on a big screen because it’s quite rare to see in film. It’s been amazing just to have an opportunity to portray them.

ELLIOT: It’s really exciting. I think our character’s friendship, getting to explore their friendship and where it came from is a big part of that. In the script, they’ve known each other for such a long time. I think it’s interesting to see the chemistry on camera, and we get some golden moments where we’re just vibing off each other bouncing off each other. R combination of all our energies, I think it was just the perfect concoction really.

DEVIN: I’m glad to bring up the chemistry because that’s actually something I wanted to dig into both from the acting and directing experiences. I loved that it felt like there was so much history already the moment y’all are on screen together. Is that connection something that you were feeling on set? What was the process of locking it in from all of your perspectives?

REDA: There’s like a certain amount of comfortability you get when you’re good friends with someone. We don’t see often see that between young boys and young boys of color on screen. You don’t have to be tough with your friends. You can be vulnerable lean on them and all that kind of stuff. And the beautiful thing was when we did the chemistry reads on our third auditions, we were just automatic kind of, you know. We clicked. Plus, I’d met Elliot before on another movie so we had some baseline comfort.

JORDAN: And I’ve known Elliot for ten years. So we really all find a level of immediate trust that just grew as we spent more time together.

DEVIN: I love that. I also think one of the reasons I really loved Pirates is that comfort with affection you talk about. I’m so sick and tired of movies where it’s just young men who won’t be affectionate with each other. For Reggie, was working that into the film something that drove your filmmaking vision?

REGGIE: Absolutely. The truth is, with everything that I write, I ultimately want to discuss something that’s true to me. This version of London was at the core of the idea, to show a version of the city that I love and that I think needs more screentime. That meant delivering a script with characters similar to the young men I grew up around. I wanted, you know, the young guys that maybe grew up in a world that had difficult issues and had difficult things, but weren’t defined by them. That’s what my friends and I were. We were able to be vulnerable and be affectionate and laugh at each other, and also put an arm around each other when it was needed. That version of masculinity exists, but seldom is it shown with young men of color.

DEVIN:  That’s beautiful and as a viewer, I think you all did an exceptional job making that shine. A big part of that seems to be the tonal balance between tenderness how absolutely hilarious Pirates is. Going around. For everyone, what was the roadmap to keeping both those tones front and center?

ELLIOT: I think personally, the balance was important because the tenderness and the truth is what kind of anchors you in believing these characters and believing the situations. But at the same time, it’s a comedy. You don’t want to be too heavy. Sometimes when you’re in the moment, you’re thinking, “I want to be as truthful as possible.” But then you’re doing a comedy, and you don’t have that immediate intensity on your mind. I think that balance is just something you deal with day to day, really. Some scenes require you to be fully authentic and truthful at that moment. Some scenes require you to bounce off each other and enjoy the moment. It was a challenge, but also something that entertained and excited us all.

JORDAN: Yeah. And what was nice was that it wasn’t a competition to see who was going to be the funniest. Everyone’s just being real. Like, the Caribbean restaurant scene is Reda’s. We’re just there to support the laughs he’s getting. It was all about letting everyone have their shine.

REGGIE: Because of that, and because you guys attacked it in a way that you did, the little elements that you guys add on are hilarious moments. I was spoilt for choice in the edit. Because, you know, even something as simple as the “Yes, Miss” moment, you guys make that beat really funny. And you’re saying two words! Yes, Reda is doing all the heavy lifting, but you both being in the background supporting it makes you collectively so funny.

JORDAN: That’s what helps a lot the balance you asked about, that supporting each other.

REDA: Yeah, going back to that balancing funny and tender, in real life, if you’re friends enough with someone, you can joke about their mum. You can feel comfortable too. And that’s why I kind of like, even at the points where we’re arguing, there’s still a tenderness towards one another. I’m not saying too mean things. My character is just like, frustrated with himself as much as anyone else. That’s real friendship. It’s a simple, beautiful mixture.

ELLIOT: It’s having that open space where we can talk as well. We had a beautiful experience of having a rehearsal period so we could actually flesh it out and ask Reggie and each other questions. I think that really educated us all. Because once we got on set, we just gelled together since a lot of the questions had been asked prior to shooting, so filming was just about having fun and letting go. We really enjoyed the atmosphere and each other.

DEVIN:  I love all of that! Man, it makes me wish I could have just hung out on set and watched y’all work. But putting my whims aside, I wanna wrap up by asking what you hope audiences can take away from Pirates. You opened in the UK last year but through SXSW and an upcoming digital release, American audiences are gonna get their eyes on it soon. What do you want folks to hold on to?

REGGIE: Pirates was written was to present a version of masculinity and a version of London that isn’t defined by trauma. That was the intention of the script. You know, this film is not challenging in any way, shape, or form. The film is pure joy and pure entertainment. Yes, there are both lighter and harder moments in the script but ultimately, I knew that this would be about joy. If people can come away from the film falling in love with these three performers, and they fall in love with these characters, and you believe that they love each other, then it’s a job well done. I want people walking away thinking about how love can exist between men that look like this. And in a city that looks like this. And in a world that feels like this.