Review: Animated Documentary ‘Flee’ Among the Best of 2021 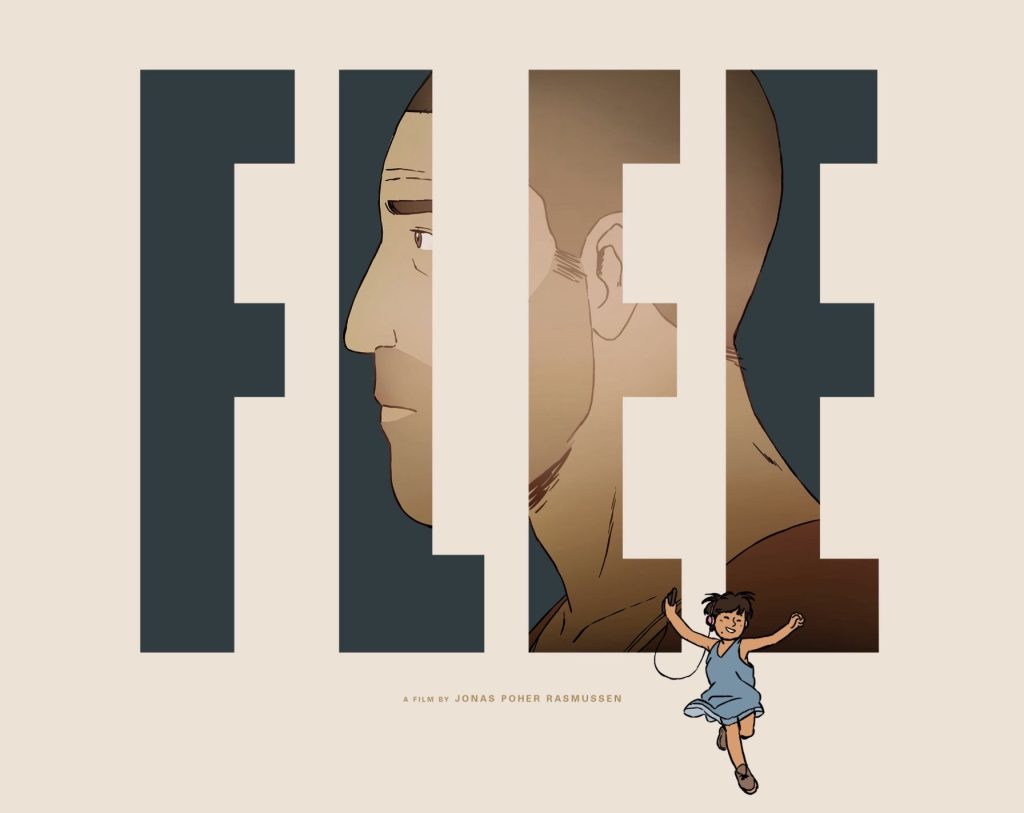 The phrase “animated documentary” may well strike some as oxymoronic. If a documentary is meant to be “real” then how can something animated qualify as one? When you take a step back and consider all the ways that scripted talking heads, restaged events, and stylized editing are accepted norms in documentary filmmaking, we can see animation in documentary for what it is; an inventive tool to tell a true story. For Jonas Poher Rasmussen’s Flee, animation is a vehicle through which to recount Amin Nawabi’s story of fleeing Afghanistan in the 1980s and the saga that led him to a new life in Copenhagen with his boyfriend. Animation functions as a way to protect identities and seamlessly intersperse memories with present-day interviews. It also illustrates Amin’s story with verve and beauty.

Flee’s structure replicates the fractured reality of Amin relaying his personal history for the first time, complete with the fits and starts of multiple interviews spread out over many months, and the regular inclusion of current-day wrinkles. Rasmussen and editor Janus Billeskov Jansen puzzle together Amin’s memories from Afghanistan, Russia, and Sweden alongside his present. Contemporaneously,  he navigates buying a home with his boyfriend, pursuing a post-doc at Princeton, and processes his trauma. The majority of this plays out through Amin’s narration.  A wonderful cast of voice actors fill in as parents, siblings, and various figures. Every corner of the tale coalesces wonderfully, unspooling in as much a character study as a riveting thriller about the pain and danger of fleeing war.

The back-and-forth toying with time periods lends Flee a stream-of-consciousness quality that renders it distinctly affecting. We know Amin ‘made it’  because we experience him in the present. Even so, we have no idea what became of his siblings and mother since they are not a part of the present-day narration. It is only Amin. The effect is a tense ride as we learn more about the family’s story and grow fond of everyone and dread any of the various possibilities of arrest, deportation, police brutality, and death that hunt them at every turn. Even so, it is the multitude of earnest and heartwarming moments that Amin shares with his family that lingers in my mind. How they cuddled together in Moscow watching telenovelas. Combing his sister’s hair on the roof. His older brother driving him to his first gay club once he was older and in Sweden.

Conveying all of this is thrilling animation. We meet Amin during the first interview session. We see the camera, microphone, and set up where he lays down to look up into the camera. The colors are lush, and the character contours blister with energy. Every sigh, tear, and laugh from Amin captured in the drawings. When he turns to talk of the past the lines and colors dissipate, replaced by rougher, empty, black and white strokes that gradually fill up until they are as sumptuous as the present.

The interplay between styles persists, and Rasmussen and company fluctuate them to meet the tone and tenor of the scene. When Amin’s family pays for his sisters trafficking to freedom in Sweden, the black and white strokes remain. There is no color or definition at hand. When the sisters are trapped in a shipping container with 64 other people, the lines progressively swerve and meld until they are one mess of desperate furrows. It is haunting, and encapsulates what animation can accomplish when acutely deployed.

Flee amounts to an astounding meditation on trauma, lost homeland, and family. In a similar fashion to other great films of the year such as Drive My Car and The Green Knight, Flee excels at emphasizing the intimate within the epic. Yes, Amin’s story is a decades-long struggle for freedom and safety. Yet, the narrative anchor is the intense love and devotion that he and his family members feel for one another. Flee is a poignant, joyous, and staggering work of cinematic art. Don’t miss it.