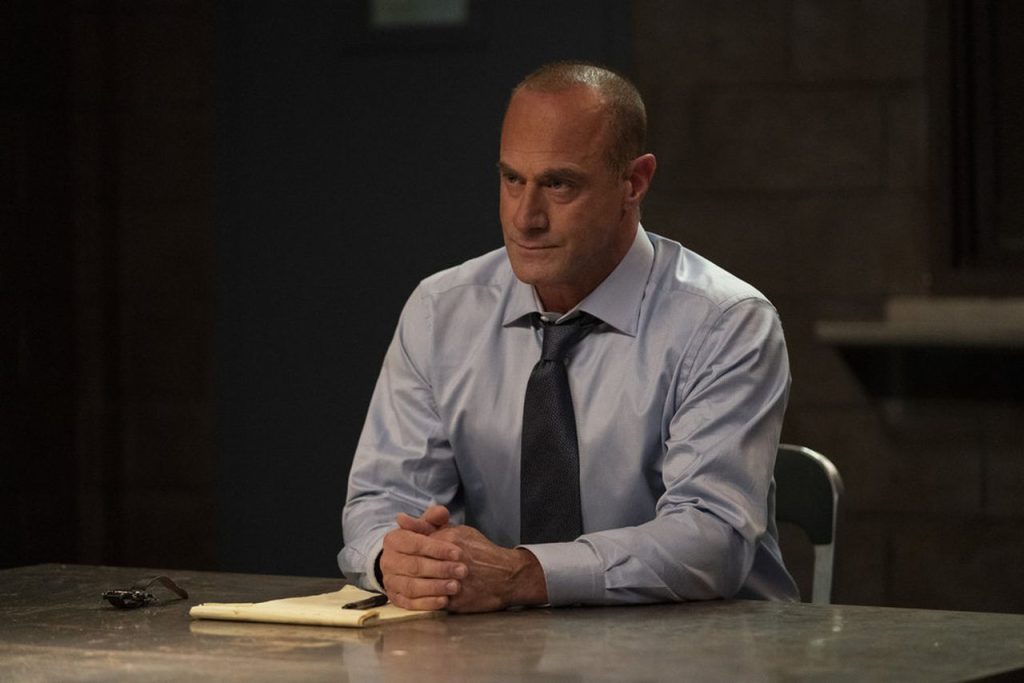 It’s been ten years since Christopher Meloni stepped away from Law & Order: SVU. While it felt, for fans; like Special Victims Unit couldn’t survive without Elliot Stabler, the procedural crime show has flourished in the years since Meloni’s departure. We’ve seen Mariska Hargitay’s Olivia Benson becomes Captain of the squad and have had many great additions to the team since then. We fans were resigned to the idea that we’d never get closure after Stabler’s final episode. That the story was he left without saying goodbye and any drama that happened with Meloni off-screen would mean never seeing our favorite crime duo together again.

The world is a funny place, though. After a decade, Meloni and the network worked things out. Not only was Meloni coming back as Stabler, but he was getting his own show. Last night was the two-hour Stabler event. With Meloni premiering in an episode of SVU, before kicking off his own show – Law and Order: Organized Crime.

After ten years apart, the show didn’t waste any time in reuniting Benson and Stabler. I appreciated that. For a moment, I had forgotten that it’s literally been a decade since Meloni and Hargitay were on screen together. Though, to say it was like no time had passed is false. Time has passed. His presence in the squad room, among all these new faces [to him] was jarring. To us, Stabler is the veteran, but to Carisi, Rollins, etc. he’s the new kid on the block. We were transported to a time before the new crew – expecting Cragen and Munch to suddenly just appear.

This isn’t those days though. And SVU kept reminding us that this was a new era. If you go back and rewatch the older seasons, you love Stabler’s presence. And he in the interrogation room gave me chills. But, we all know that his methods are dated. Things he’s done don’t fly anymore and it would be irresponsible for the show to let him get away with it. The episode made sure to touch upon this several times – driving home the notion that this was not the “good ol’ boy” days at the police academy.

Organized Crime is a Better Place For Stabler

However, Organized Crime seems like a much better place for Stabler now – a place where his methods are still somewhat tolerated. Admittedly, I would have liked Stabler to come back to SVU. Yes, we’re getting him back, but part of the reason we wanted him back was so he and Benson would work together again. Now, we’re going to be back to them apart again – with our consolation prize being that they’ll have occasional crossovers. Will Stabler be able to carry a show apart from Benson? We asked the same thing when Stabler left and we’ve seen how well Benson’s carried the show – so we have to wait to see the opposite here.

Benson and Stabler shared a very special bond and I think both actors did a great job in portraying people who once meant so much to each other, having not seen or spoken to each other in years. Several characters were even shocked by this notion in the two episodes. Benson has grown as a character since then and we’ve seen it on screen. We haven’t seen Stabler’s growth, so seeing him behave the same, yet different is a little out of place, but I think we just have to get used to it. It still felt like Benson and Stabler.

And I liked that Benson was firm with Stabler – always knowing how to reign him in. And knowing that just because Stabler’s going through a personal tragedy doesn’t mean that the events of the past can be forgotten. Benson went through a lot of pain when Stabler upped and disappeared – I’m glad she isn’t just letting him act as if none of that happened.

I’m interested in seeing Stabler’s journey from here. What he finds out in regards to the current case he’s working. And what this means for Benson’s character.

What did you think of Stabler’s return?