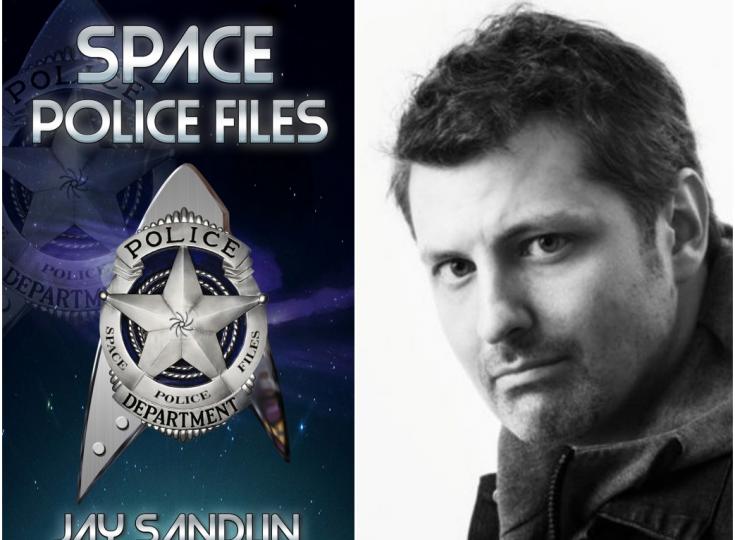 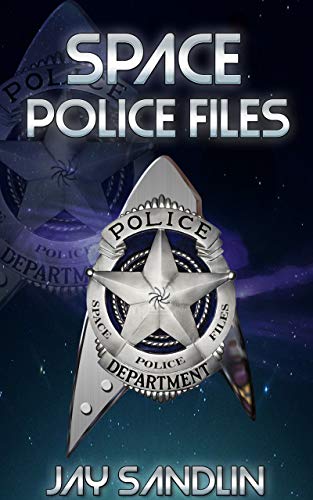 With many publishing companies starting to move forward with more and more content, I have found myself quite busy keeping up with the flow of incoming great material. So much so that some earlier work somehow slipped through. This was the case with Jay Sandlin’s Space Police Files. It is a compilation of short stories that border between Classic Sci-Fi, Whodunnit, and the Twilight Zone. The results are a set of stories that sometimes defy what might be thought of as a logical result. As most good stories should.

As the title infers, each of these stories are centered around the files of officers of the fictional Space Police. It is their thankless job of trying police a large section of the galaxy encountering all manners of species, including those who are members of the Force. This is where the Space Police Files really shines. The stories are symbolic of the Vulcan IDIC: Infinite Diversity in Infinite Combinations. Between the use of various races, various sexual orientations, Sandlin spins tales that embraces all of them while blending some current events into the mix. Gene Roddenberry would be proud.

As these stories are woven, (some interwoven) you will recognize nods to Star Trek in various cases. Starting from the first story, “The Case of the Exploding Vapor Virgin,” with a main character named Kobe Maru. One wonders if his middle name was Oshi. Yeah, I know it was spelled different on Star Trek, but The Kobayashi Maru was about a no win situation, as does this tale…but I say too much. But fans of Star Trek will recognize these when they appear.

As the stories continue, The Case of the the Golem Gopher and The Duplicate Policy, explore narratives that would make Rod Serling nod in approval. Classic Sci-Fi stories with a twist. While The Case of the Samhain Slasher ties things together with a noir style whodunnit. As the story proceeds, the tale leads you astray until the final conclusion.

Perhaps the biggest kudos I can give to the book is that at only 190+ pages, I read it almost in one sitting. This was common occurrence back in the day when I was younger and would bury myself in a book at anytime. But, it is a more difficult proposition now that I am older and have a shorter attention span. So that’s saying a lot Mr. Sandlin.

So if you are into Sci-fi and stories with a twist then this is for you. Be aware, as the author makes it clear, this is an adult book and it’s language and topics are focused toward that audience. So as long as that is established, it is a well written book and more than worthy of your attention. But don’t just take my word for it, here is a review from Manybooks.Net extolling the book’s virtues. Give it a read.