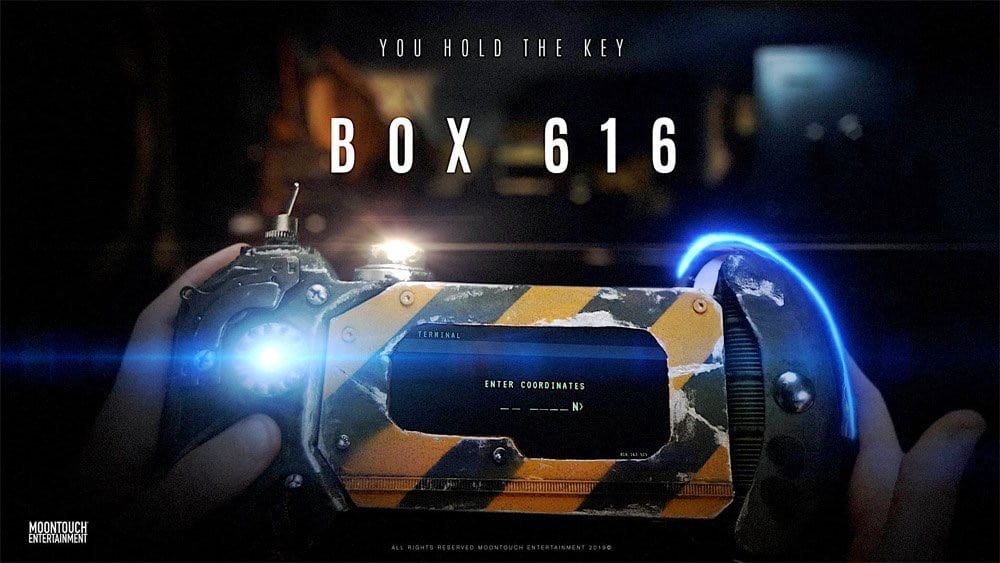 It goes without saying that we here at Geek Vibes Nation are all about the different genres we cover. Because of that, we are also supremely supportive of those who put themselves out there to create the content we are so fortunate to see. So when one of our followers asked us to see his 9 minute short film and perhaps give an impression, we stepped up. Welcome to Box 616 from Moontouch Entertainment and writer/director Mitch Glass.

As described by the filmmaker, Box 616 is about a son who inherits the contents of a bank vault that couldn’t be opened for 70 years. Once the banker opens the vault, among other more normal items, the son finds a strange handheld device. He also finds an old style recording device asking him to complete a series of requests. It is upon the completion of these tasks that the film reaches its conclusion. (I am being purposely vague. Don’t want to spoil it.)

The production values on this short film are first rate. You can almost smell the dust and the eerie atmosphere. The actors are believable and the set, which was filmed for a good part in an actual bank vault, was spot on. The light effects before the climax were also extremely effective and well done. In addition, the ending encounter was exceptionally well crafted. When viewed through the lens of what was spent, it is even more impressive.

If you are a fan of the original Twilight Zone, you will get almost Serling like vibes from this short.  From the musical score by Dan Negovan to the performance of actors Gary Bristow, Nick and Don Rua, Angus Macleod, and Vincent Chimado, it all fits. By the end, it leaves you with as many questions as answers. That is all you can ask from a good film.

Make it a point to check it out, as well as some of the other offerings on DUST. You may think (like myself) that Hollywood is stuck in a continuous loop of reboots and remakes. If you feel that way, you can feel pretty good about what Mitch Glass and other up and coming film makers are producing.