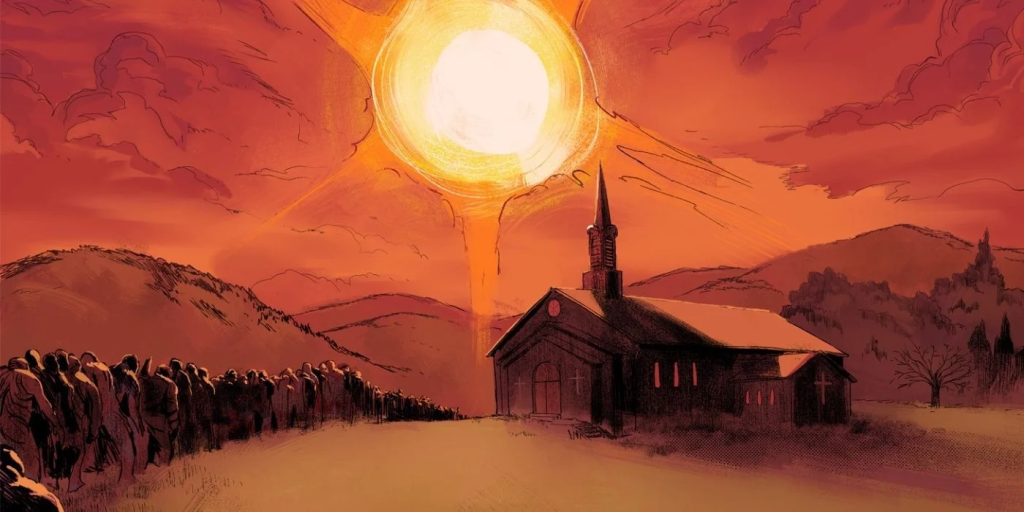 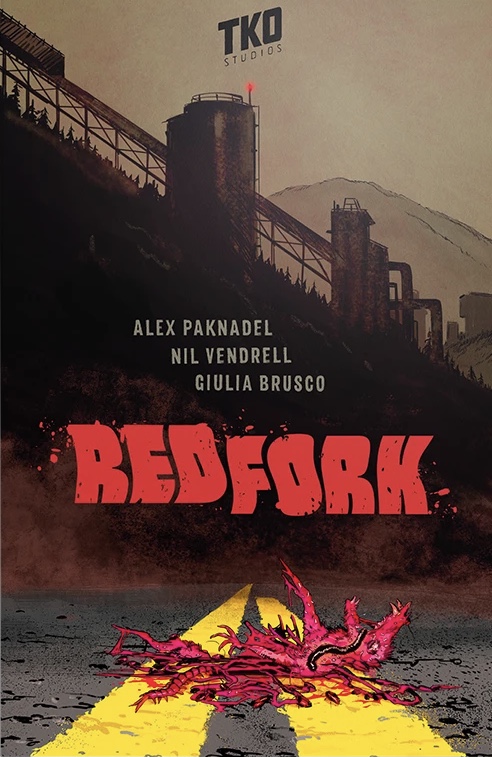 It all started in the small town of Redfork, West Virginia. It was a typical mining town where coal was king. At least for a time it was. But like most coal based towns, it fell upon hard times. The hardships, the injuries and sickness that fell upon the miners and the town people lead to other issues. The opioid addiction hit the small town hard. Sickness and mine injuries can lead to that if not careful.

It also didn’t help that Amcore, the corporation that owned the mines were only concerned by the bottom line. Sure, they feigned an interest in the town and its people, but it didn’t stop them from polluting the water and letting the mines go into disrepair. Amcore cared, they said. But RedFork knew better. Yes, RedFork had its issues. Which made it ripe for grasping at straws to resolve them, no matter their source, or how far down they came from. Desperation became as common as breathing. 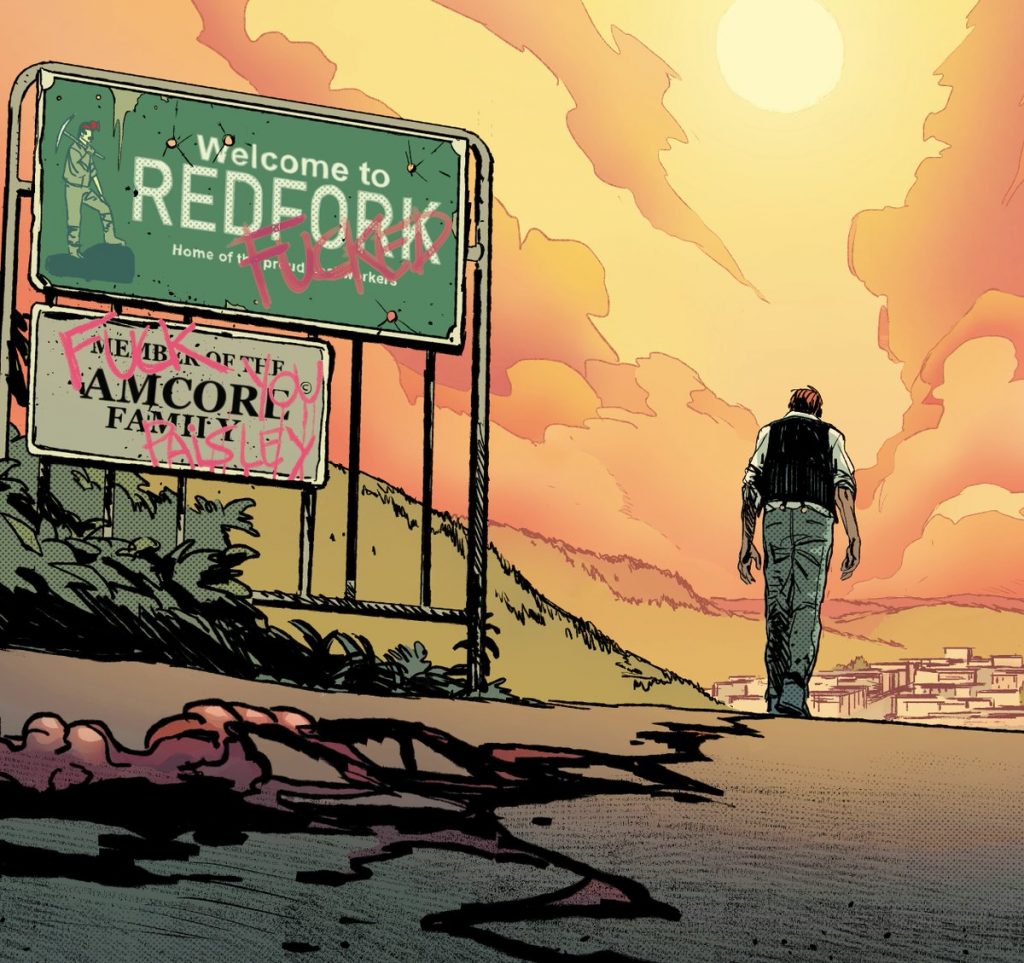 The McGlades were a fixture in RedFork. Buck McGlade was the patriarch. He basically lived his life in  the mines. Working hard to raise his family. But like most career miners, between the coal dust, poor conditions, and advancing years he was rewarded with his time in the mines with black lung disease. He had two sons, Cody and Noah. They were close as brothers tended to be but Cody had, like so many in the area, had become addicted to opioids. So much so, that he asked Noah to be lookout as he broke into old Doc Brewster’s place to steal some OxyContin. But, as things tended to go in RedFork, they were caught and Cody panicked and stabbed the old man. Noah, looking after his little brother took the blame, and the jail time. This cost him six years of his life, missing out on the birth of his little girl, and earning the hate of the rest of his family.

Cody, for his part, didn’t blame Noah. He knew what happened and he did his best to take care of his own family as well as Noah’s. This meant that Cody could do no wrong while Noah was a pariah. Regardless, upon his release from prison, Noah went back to the only home he knew…RedFork. His welcome was about what he expected. His dad was close to the end, it was just a matter of time. Cody was working in the mines, defying a wildcat miners strike to do so. It was when Noah was visiting his Dad in the hospital  that his mother and him heard and felt the explosion. Never good news where the mines are concerned.

After the explosion, the town folk gathered at the mine. They wanted whoever might be alive rescued. This would include Cody who was in the mine when it blew. Naturally Noah and their Mom was there along with Cody’s wife. Mrs. McGlade wanted Cody back. As far as she was concerned, Cody was the one thing she had done right in the world. OUCH! The Amcore representatives exclaimed their concerns and promised they were doing all they can. Until then, they would quote scripture. Danger abated, folks. Everyone can go home now.!

Meanwhile, Cody is deep in the mine, the only apparent survivor. But he reads the writing on the mines wall. He’s not long for this world. In fact, he wonders how he is even alive now. He breathed in a bunch of gunk and it wasn’t air. But when all hope is lost, a savior appears. How that is even possible was a matter for another time. He promised Cody he could help him escape the mine, if he broke him loose. He was chained to the wall for some reason. GallowGlass was his name. With nothing to lose, Cody used his pick to break the chain and GallowGlass lead him to freedom.

This happened as Mrs. McGlade was letting the Amcore representatives know what she thought about their efforts. Noah noticed a hand clawing it’s way through the mine wall. He immediately ran over and helped him squeeze through the opening. He held him as Cody’s wife and Noah’s mother ran over, demanding Noah to release him. It was NOAH’s fault that he was in there. He caused nothing but trouble. The fact that it wasn’t true, didn’t matter. By now, Noah was used to it. Didn’t hurt any less. The main point was that Cody was still alive. He didn’t look good but he lived. The other circumstance was that GallowGlass was out too. This would prove to be important…and not in a good way. 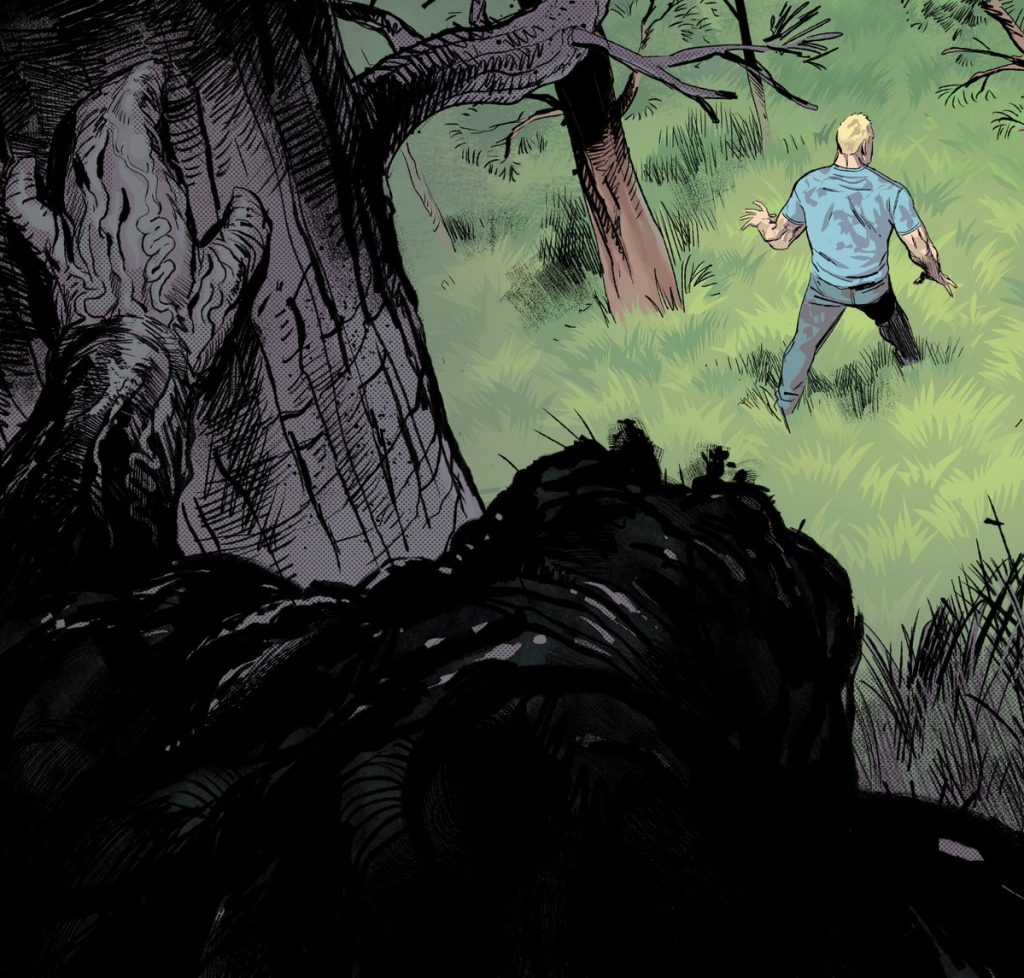 The mysterious GallowGlass quickly ingratiated himself to the town. Basically because he proved to be able to cure the townspeople of whatever they suffered from. Buck McGlade’s black lung? Cured. Mrs. McGlade’s Lupus, gone. Even Noah’s girlfriend Unity, had her addiction removed. The price though is high. Eventually, they all become a part of the mountain where GallowGlass came from. Their only goal is to dig, feed and free their master. By the time Noah realizes the truth, it almost too late. How it all comes to a conclusion I leave for you to read. But it is both horrific and tragic for many reasons. If you are a fan of horror based tales, you will enjoy RedFork.

RedFork by Alex Paknadel and Nil Vendrell tells a horrifying tale. There are monsters and blood to be sure but that’s not the only thing that makes it disconcerting. What really makes it seem even more disturbing is that the elements that are based in reality that drive the story. Concerns of opioid addiction, dangerous mining conditions, corporate greed and their willingness to contaminate the water and ground soil, combine to make for a scary proposition on their new own. Writer Paknadel skillfully uses the context of the small town and their hope for salvation from all that ails it. Even if it means making a deal with the devil (or an underground creature). This makes for an intriguing and intense read while making the dialogue relatable despite the more horror related elements.

So a great story is important, but this IS a graphic novel so the art needs to support the narration. Fortunately, artist Nil Vendrell was ready for the challenge. He shows equal skill at the more gory, monstrous elements as well as the character studies of the town inhabitants. This is some quality work. When mixed with the somber and appropriately moody coloring work of Giulia Brusco it establishes a book that impresses from start to finish.

TKO offers the Redfork printed edition in two specific sets, either in a six book set or the trade paperback. Please check it out where great comic books are sold.