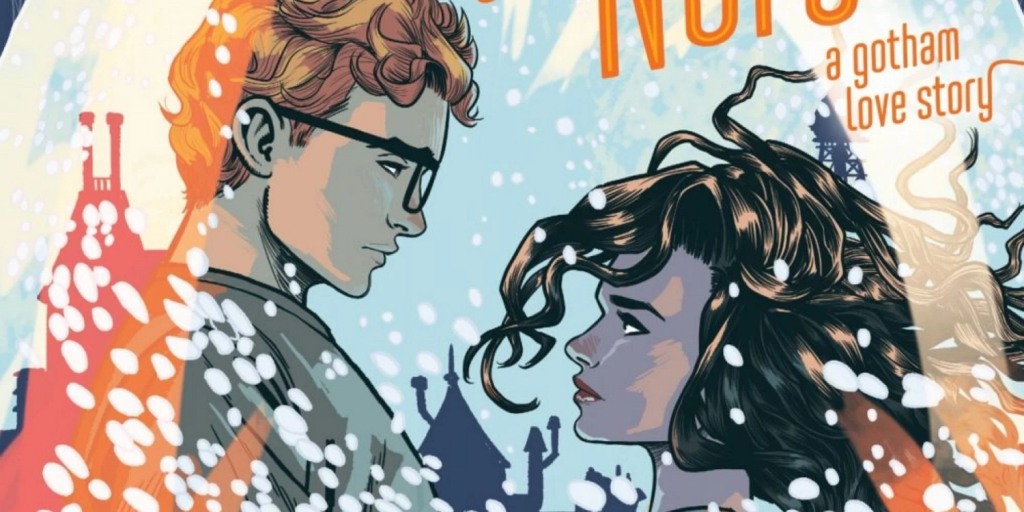 By now, it’s no secret that I have been and always will be a comics fan. In addition, I am also a hopeless romantic. So if you mix a dramatic comic story with a romantic tragedy, you have my attention. I can hear Mr. Myiagi saying now, “What are you, a girl or something?” In this case, guilty as charged, Sensei, guilty as charged. I say this because the graphic novel Victor and Nora: A Gotham Love Story has been released in trade paperback. Written by Lauren Myracle and drawn beautifully by Issac Goodhart, it tells the behind the scenes story of Victor Fries and his tragic love story with Nora Kumar.

Many Batman fans know that Victor Fries eventually becomes the cold hearted villain Mr. Freeze. However, this adaptation is set long before then. It begins as the teenage Victor meets the love of his life, Nora in a cemetery. Victor is visiting his older brother’s grave while Nora is visiting her Mother’s. Both have suffered tragedies in their lives and unfortunately for the beautiful vivacious Nora, she still is facing tragedy. An incurable disease that will slowly steal her energetic zeal, her will to live and eventually, her life itself. In the beginning, she keeps her fate from Victor. He was serious enough without THAT information weighing him down. It wasn’t like he could do anything about it. But for now, they have each other and that should be enough. 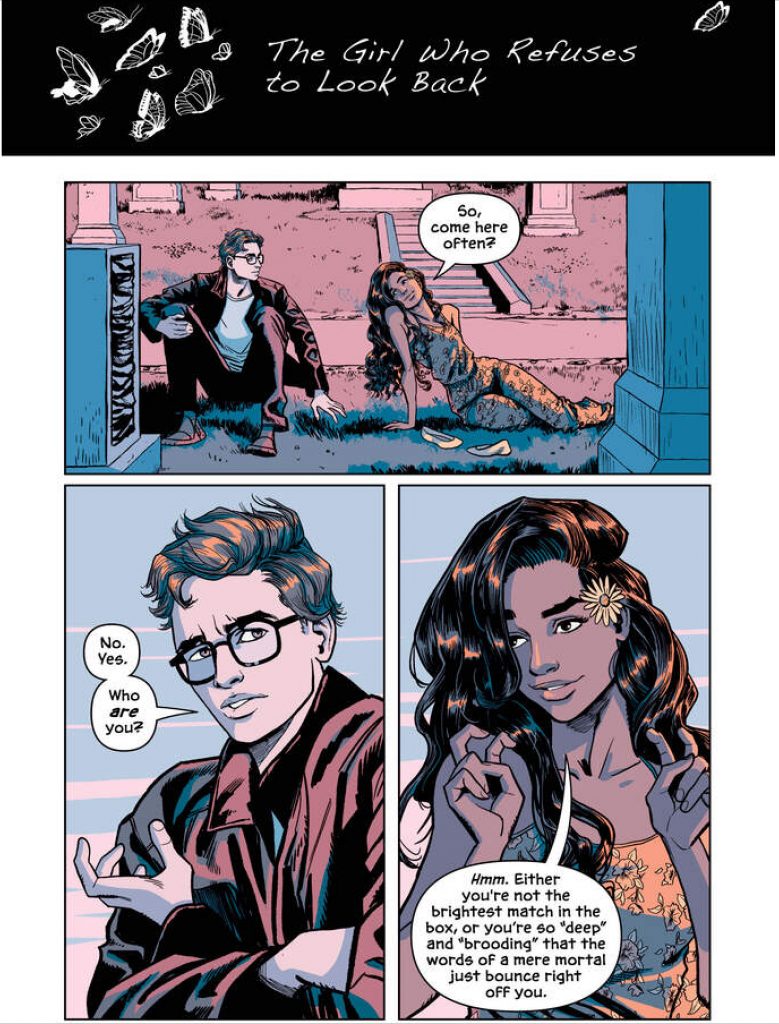 Eventually, as their relationship grew, Nora knew that she must tell Victor the truth about her condition. She was worried she was not being fair to the brilliant young researcher. His goal, is to be able to freeze a person’s body and be able to later revive them. But now, he wonders if that could be done for a sick person. Perhaps until a cure can be found for whatever ails them. This news drove him to work harder than ever before to resolve whatever had been making him fail. Victor had all the incentive in the world. He loved Nora and he could not let her go. 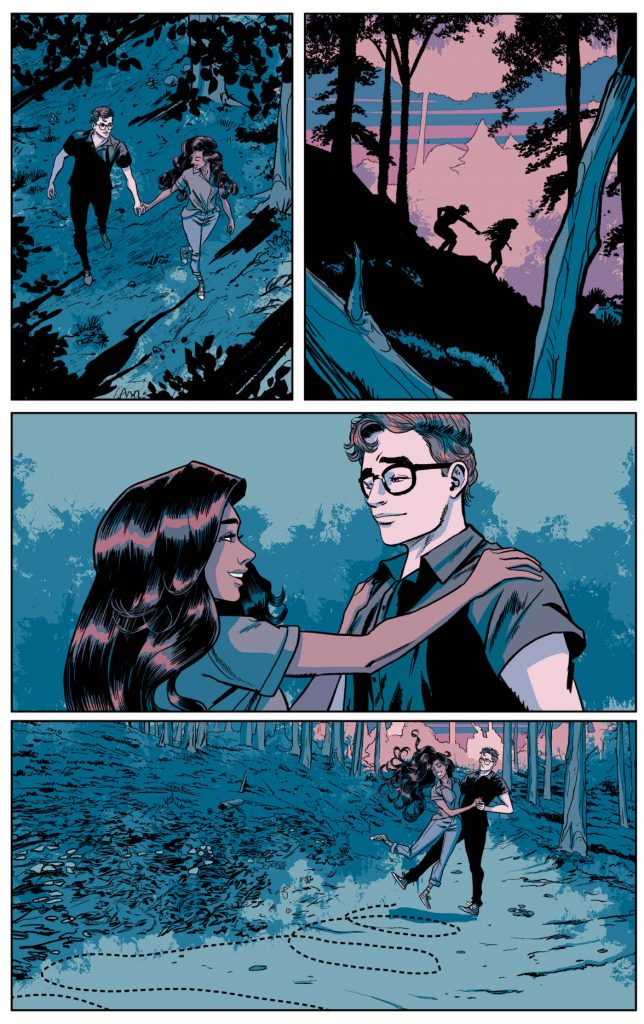 Nora, for her part, just wanted to live her life as fully as she could. But when the time came when her disease would begin to overwhelm her, she wanted to go out on her own terms. Victor had listened to her talk about death before. But this was before he had learned the truth. Back then, he just thought she had some strange ideas about mortality. But now, he wanted no talk of dying. He had already lost his brother. There was no way he would lose Nora. Not when he felt he could stop it from happening. Or at least delay it until he found a solution to her disease. The frank and honest discussions had between the two lovers were powerful and emotional as was the climax to this story. For those of you already familiar with the story of Mr. Freeze, you will not want to miss this adaptation of what drove him most of all.

I would be remiss if I didn’t once again reiterate how beautifully done this story was. Lauren Myracle’s dialogue is believable, heartfelt, and pulls on the heartstrings. When combined with the beautifully rendered art, this book really makes an impact. I’m pretty sure if Victor Fries and Nora Kumar were real people, they would go to Issac Goodhart and tell him, “You made us look GOOD!” As an overall package along with colorist Cris Peter and letterer Steve Wands, it is well worth adding to your personal library. 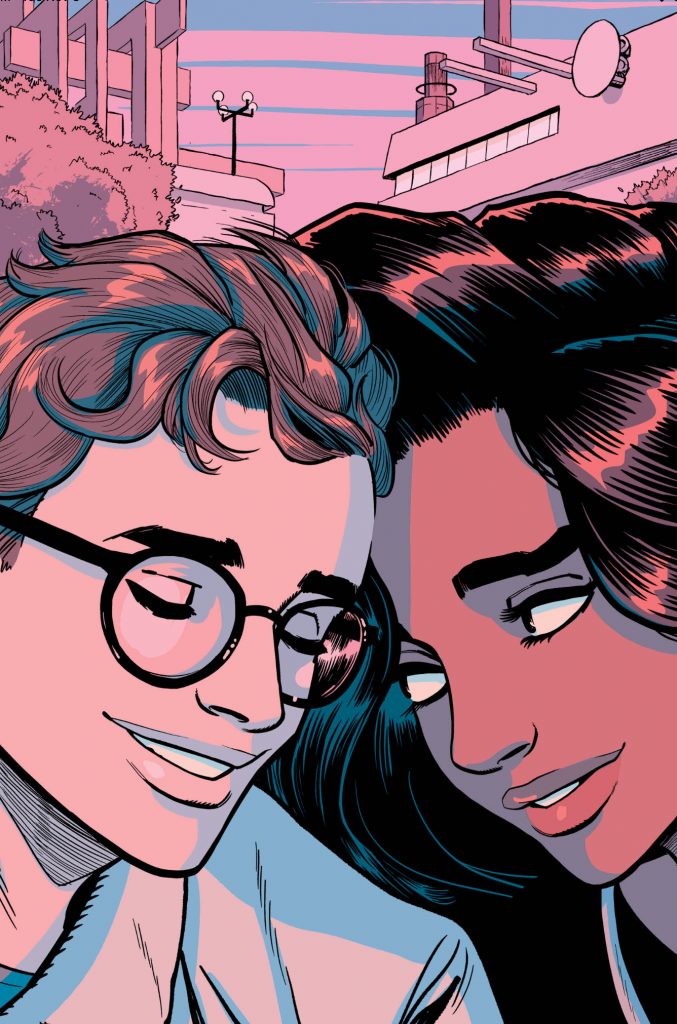 Victor and Nora: A Gotham Love Story is now available on trade paperback where all great books are sold.