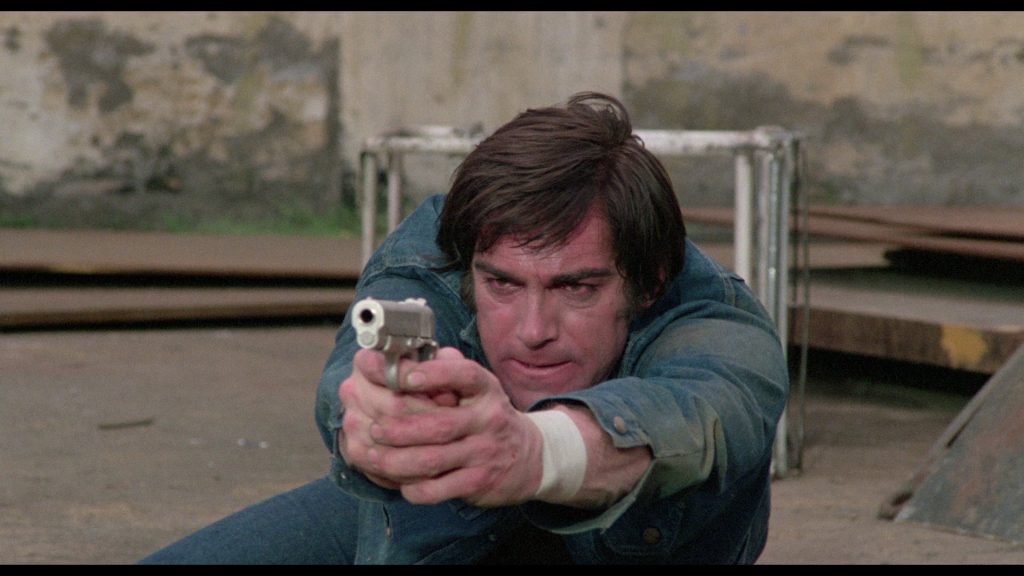 Over a long and wide-ranging career, director Enzo G. Castellari (Keoma, The Inglorious Bastards) helmed some of the most infamous of all the poliziotteschi – the gritty, action-packed crime films that proliferated in Italy throughout the 70s. Buckle up for a heart-stopping thrill ride through the seedy underbelly of Italian society in two of his most celebrated thrillers! In 1976’s The Big Racket, Inspector Nico Palmieri (Fabio Testi, What Have You Done to Solange?) is hot on the heels of a gang of ruthless racketeers. Realizing he’s not going to get anywhere within the confines of the law, Nico recruits a crack squad of civilians to dole out their own brand of justice.

Then, in 1977’s The Heroin Busters, rule-flouting cop Fabio (Testi) goes deep undercover, chasing a globe-trotting ring of drug-smugglers suspected to be operating out of Rome. But can he and Mike Hamilton (David Hemmings, Deep Red), an Interpol agent with a hair-trigger temper, stay one step ahead of the criminals long enough to bring them down from the inside? Featuring death-defying stunts, explosive shoot-outs and a pair of addictive, toe-tapping soundtracks courtesy of the De Angelis brothers (Torso) and legendary prog rock group Goblin (Suspiria), these two films represent the crème de la crème of the Italian crime thriller, both making their high definition debuts with stunning new restorations in this feature-packed box set from Arrow!

For thoughts on Rogue Cops and Racketeers: Two Crime Thrillers From Enzo G. Castellari, please check out our discussion on The Video Attic:

The two films in the Rogue Cops and Racketeers box set make their domestic Blu-Ray debut thanks to Arrow Video with brand new 1080p masters in their original aspect ratio of 1.85:1. Each film has been restored from their original 35mm camera negatives with a 2K scan completed at L’Immagine Ritrovata, Bologna. By and large these two releases are very similar to one another and will be discussed as a pair with any meaningful differences pointed out.

The only word to describe these presentations is fetching. The careful photography which captures the gritty 70s era of Italy shines in high definition with natural grain intact and nicely resolved. There are moments that spike ever so slightly when it comes to darker scenes, but these moments are fairly brief. The contrast is well defined, and there is virtually no print damage to be found outside a few stray moments such as in the opening moments of The Heroin Busters. There is a tremendous amount of detail present with nice textures on the clothing, both in the fancy clothing of some of the antagonists to the more modest street clothing of some of the shop owners.

These new transfers show off a striking amount of depth and enhanced detail, but admittedly the close-up shots hold up better than the long shots and brief optical shots. There are certain elements like smashed up vehicles or gunshot wounds that look quite striking in their clarity. Black levels are very deep with no trace of black crush or compression artifacts. Although, some very minor color temperature fluctuations give certain darker scenes a more milky appearance, but, for the most part, this is not an issue. Arrow Video has done an admirable job with all of these transfers in a way that should make fans who have been waiting for more from this genre extremely happy.

The Big Racket and The Heroin Busters both come with a DTS-HD 1.0 Master Audio mono track in the original Italian with an additional English language option for those who do not care for subtitles. Each of these tracks represents these worlds in a pretty impressive way sonically, but we would suggest sticking with the Italian tracks for the most authentic experience. These films have their dialogue post-looped which results in some loose sync instances that may be annoying to some, but it is a product of this period in filmmaking. These tales mostly take place in busy towns which creates a din of sound that creeps through to provide some excellent ambient details. All of the various sounds in the mix seem accurately rendered so that nothing ever feels artificial. The dialogue itself comes through crystal clear without being crushed by the sound effects or score. There are many powerful moments of gunshots that make an impact without becoming a muddled mess in the ensuing chaos. The memorable music throughout these films brings a very distinct mood to the proceedings that is represented well in the mix. Everything is presented with an excellent fidelity with only the occasional instance of sound presenting as a bit thin or boxy. This presentation is free of any hiss or other age-related wear-and-tear. Arrow Video continues to treat their films with respect. 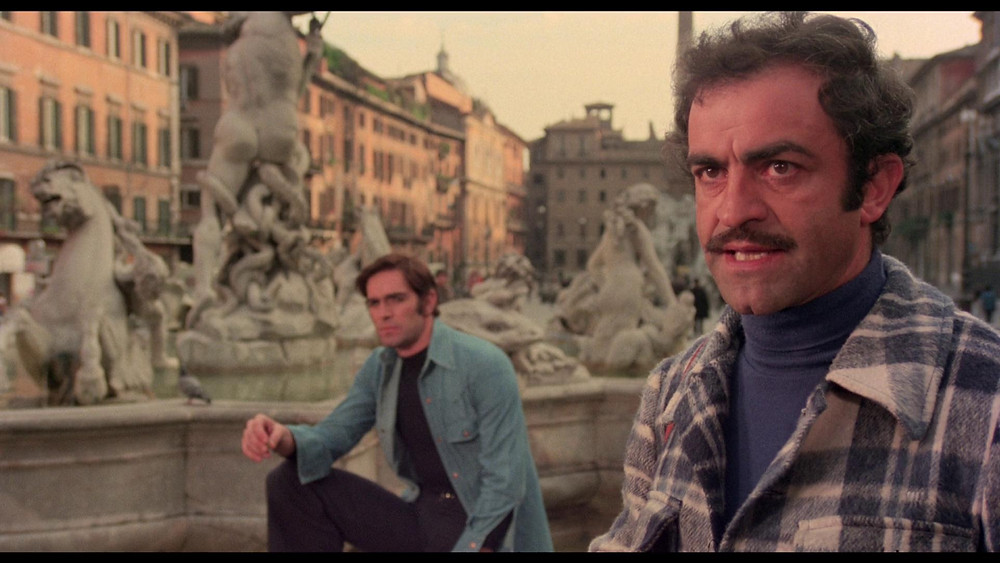 The Limited Edition Collector’s Set of the Arrow Video Blu-Ray of Rogue Cops and Racketeers: Two Crime Thrillers From Enzo G. Castellari comes beautifully packaged in a hard outer case and includes a 58-page bound book featuring the essays “Viva La Muerte! Enzo G. Castellari’s The Big Racket” by Roberto Curti and “Cops of Two Nations: The Heroin Busters” by Barry Forshaw. These works provide a great analysis of each film and the genre at large in a thoughtfully written style. The package also includes reproductions of lobby cards. The on-disc special features are as follows: 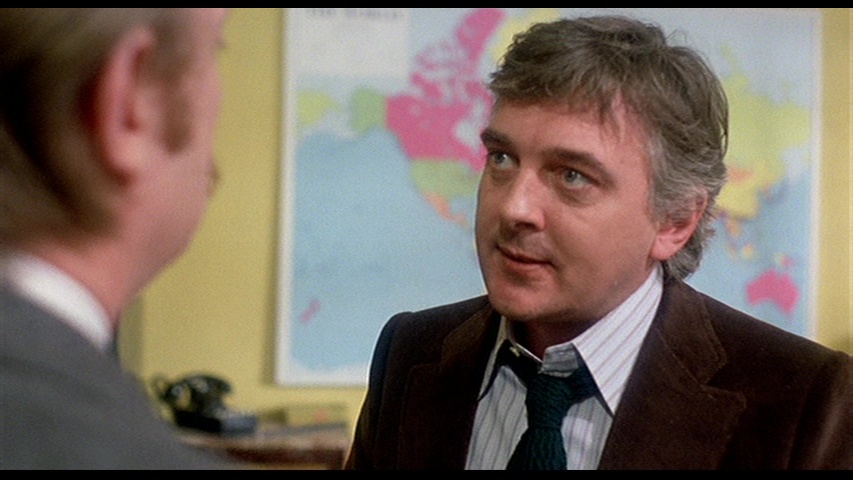 Rogue Cops and Racketeers: Two Crime Thrillers From Enzo G. Castellari contains a pair of really memorable and pulse-pounding crime dramas that showcases a time when you could only get so far playing by the rules. While The Big Racket may be slightly better than The Heroin Busters, both will have you on the edge of your seat and cackling with delight as the bad guys are dealt a special brand of justice. Enzo G. Castellari showcases an eye for narrative execution that will have you keeping a close eye out for more of his films if he is not already squarely on your radar. Arrow Video has released another can’t-miss box set featuring a nearly 5-star A/V presentation, engrossing special features, and top-notch packaging. Those who appreciate the thrill of a criminal takedown complete with well-executed action sequences should not pass this up. Highly Recommended