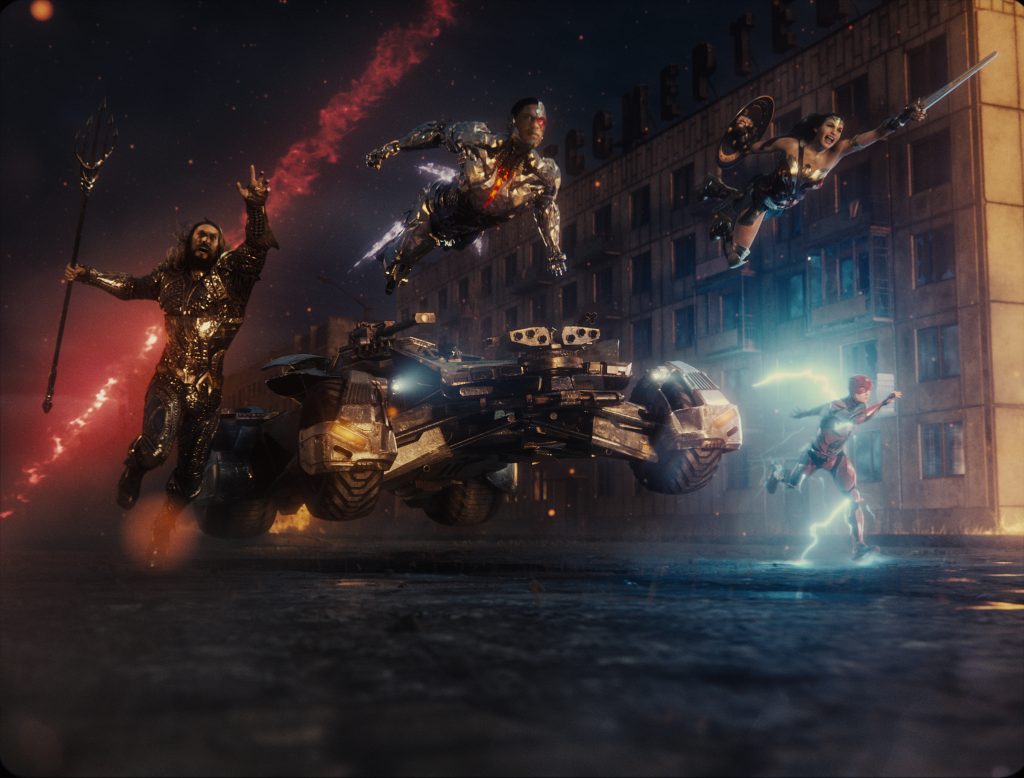 When it comes to VFX Work, Bryan Hirota has seen a lot in his career. From the early stages when he worked for Visual Image while finishing his degree, to his work now for Scanline VFX. During this time, in conjunction with VFX Supervisor John ‘D.J.’ DesJardin, Bryan has worked with best in Hollywood, including a number of films with Zack Snyder. So when Zack was finally given the opportunity to bring HIS version of Justice League to life, it was not a surprise that ScanLine VFX  would be among those to answer the call. Recently, we had the opportunity to ask Bryan about the challenges his team faced in bringing Zack’s version to HBO Max.

The challenges kind of break down into multiple categories. There was the overarching category of the time frame. We delivered over 1000 shots in around 7 months, with the first month of that spent in de-archiving. So we did that in 6 months, which is kind of crazy. Also, the movie was shot in 1:33 aspect ratio, while the theatrical was 1:85. So there were a number of shots that were final, and were not going to change, but they needed the extra content on the top and bottom…so you put in that work for relatively little gain. That was frustrating.

In addition, there were some shots from the version shot in 2017 that were more or less similar to what Zack wanted in his version. But there were others that needed some changes that required some manner of digging in to. We often found ourselves in an almost CSI, forensics exercise. Because, although most of us had worked on this movie, that was four years ago and some things had changed. Maybe characters were removed from the shot or we were requested to do something.

The Evolution of Steppenwolf

And there was no question there would be no diving into this project without changing Steppenwolf.  And creatively, I supported Zack’s desire to do that and I thought it was the right thing to do for his cut of the film. However, this creates this gigantic ripple effect of additional work.

As you can see below, that work was well worth it and Steppenwolf stepped up in a big way. At least until he ran into Superman and the Justice League.

So not only did the team at Scanline VFX have to deal with aspect revisions and of course, the transformation of Steppenwolf, but they also had to tackle scenes that they had not worked on before. One such example was the finale in Russia, as Bryan explains the challenges and the differences between that and adding on to established scenes.

It presents a slightly different challenge. In one way, it’s easier. Because a lot of that stuff required a clean sheet approach to reconciling what happens the moment when the Flying Fox shows up in Russia. It’s easier mentally to do the clean sheet. Although it is more actual work. But you know some of the other ones where you had to go in and do some surgery on. That required some sleuthing and solving to decide exactly what you needed to do…that was tricky.

Of course, another thing that came into their decision making process was whether to use the advancements that had been made in either software or hardware in the four years between films. That came down to continuity and when it made sense to take advantage of any advancements.

So by now, fans have seen Zack Snyder’s vision for Justice League. And thanks to Scanline VFX and Bryan Hiroda, we have a glimpse of what went into that vision.  If you want to hear the whole interview with Bryan, you can find it here. What did you think of the long awaited “Snyder Cut?” Share your thoughts with us at Geek Vibes Nation.

All pictures courtesy of Scanline VFX. If you are interested in what Scanline VFX has been doing or is currently working on, you can follow them on these social media sights: