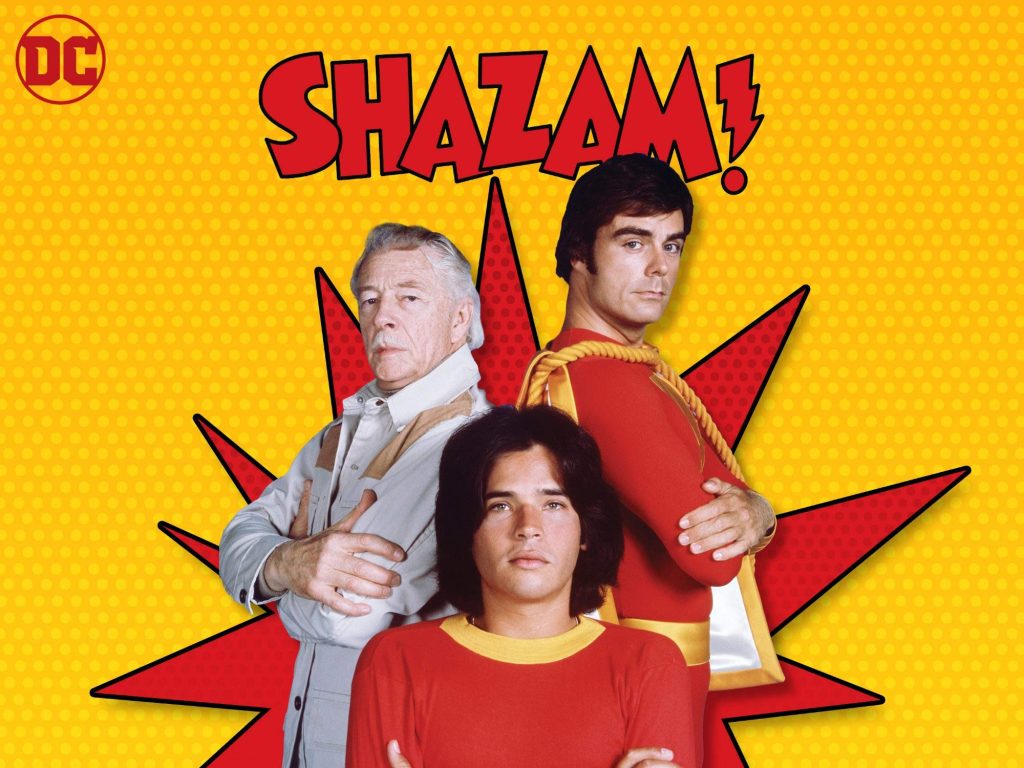 In a time when the powers that be at Warner Bros. have been trying to figure out what exactly they want to do with their DC film properties, the studio actually got lucky in recent years and stumbled into a successful big screen adaptation of a superhero who had next to no name recognition for the average audience member. Shazam! was such a joyous surprise when it debuted back in 2019, and this was before we even recognized we had a new Christmas classic on our hands. Zachary Levi brought so much fun and enthusiasm to the role that required him to convey the youthful energy that personified the character. Fast-forward to the present, and I think we are all eagerly waiting to see what is next for this universe as we have Dwayne Johnson bringing Black Adam into the fold this October before getting the next official sequel, Shazam! Fury Of The Gods, right before Christmas. There is a lot to look forward to, but for the most impatient among us there is more to discover from the past.

You see, Zachary Levi was not the first live-action adaptation of the character who dates back to 1939. Way back in 1974, Filmation produced their first non-animated series for Saturday morning programming with Shazam!. The half-hour program starred Michael Gray as Billy Batson, a young boy who has been bestowed with the power of transformation by the “Immortal Elders” — Solomon, Hercules, Atlas, Zeus, Achilles, and Mercury. Simply by uttering the titular phrase, Billy could transform from a normal teenager into a superhero named Captain Marvel (Jackson Bostwick, later replaced by John Davey) equipped with the power of flight and super strength. With the help of his guardian “Mentor” (Les Tremayne), Billy would criss-cross the country in a motorhome looking to right the injustices of the world. While you might expect this to have a similar formula as something like Lynda Carter’s Wonder Woman, which debuted only the next year, Shazam! has a quaint personality all of its own. 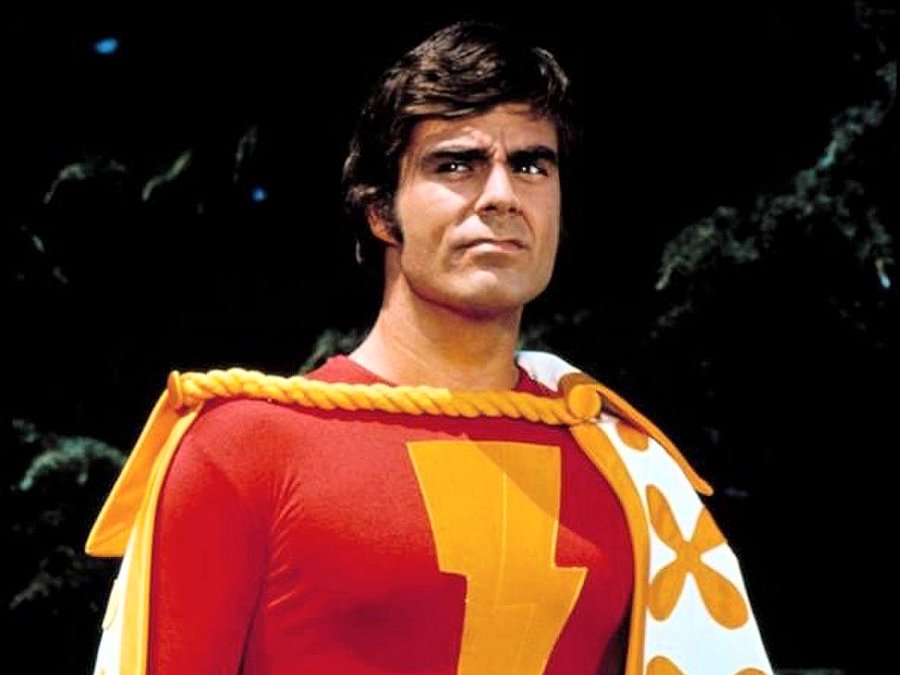 As with most shows from this era, Shazam! is an episodic show through and through. You are introduced to a distinct formula in the first episode, and it does not stray from it. While a show like Wonder Woman or the Adam West Batman might have offered up memorable bad guys to thwart every week, Shazam! plays like a morality play every week. Each episode, Billy comes across someone who is in a tough situation that Captain Marvel can help them solve. Helping a young man to avoid the life of automobile theft teaches you about peer pressure, and a school drop out learns he maybe did not learn as much as he thought when he gets lost in the desert. Stay in school, kids! The series ran for three seasons and delivered 28 of these life lessons. They are cheesy as hell, but there is a wholesome, dated quality that makes them an endearing part of nostalgia.

The biggest asset for this type of show is that it delivers half-hour episodes compared to the hour-long Wonder Woman. If Shazam! was a different show filled with legitimate adversaries, you would want more time for character development, but Captain Marvel is your basic heroic figure…only with the power of flight. This show never really adds any depth to any of the characters, meaning you can drop into any episode and be fine going along for the journey. Even the first episode does not go to the trouble of explaining how Billy came to be chosen for these powers. You never even really understand who “Mentor” is and his deeper dynamic with Billy besides his adult companion who drives him across the country. It does not make for a substantial Shazam! show, but to ask for anything different would be a fundamental upheaval of the show’s DNA. You get your 30 minutes of family-friendly entertainment then go one with your life. 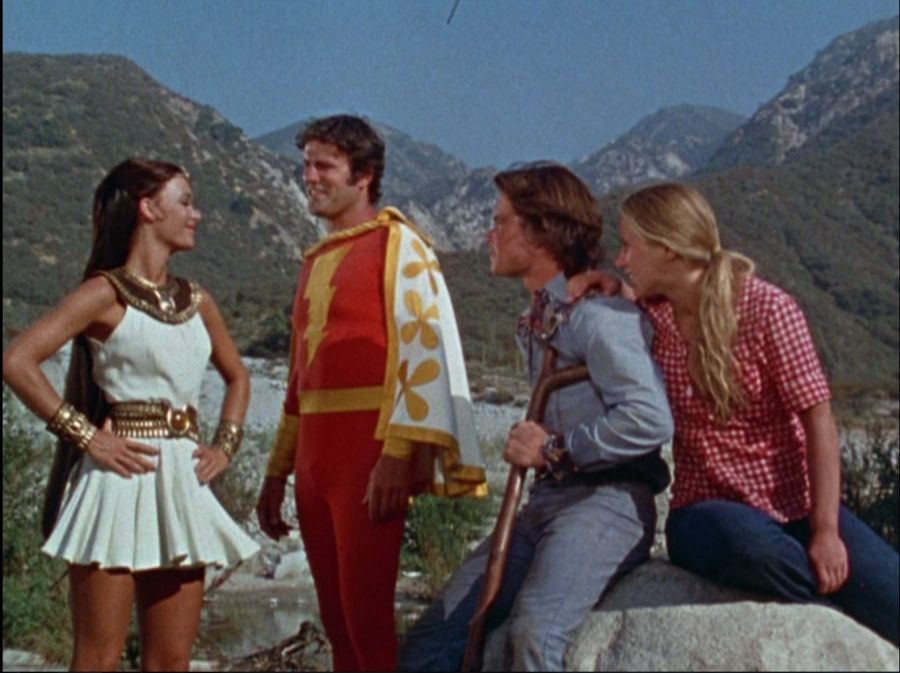 Watching the old Shazam! show makes you appreciate the newer film versions all the more. There is so much about the show that will make you shake your head; the acting is wooden pretty much across the board, the dialogue is basic enough for your children to understand, and you will never leave the show surprised by anything. Nevertheless, it somehow draws you in with its simplicity. The heroics from Captain Marvel are not breaking the boundaries of special effects, but they get the job done in terms of sheer entertainment value. This is not a series that is intended to be binged; if you watch all 28 episodes in a row you might decide you hate television. Yet, if you dole out an episode a week or every couple of weeks, you allow yourself to be transported to a simpler time where good always conquers evil and you learn a lesson from a guy in a cape. It is not the perfect balm to ease the pain of waiting for the new movies, but there are surely people like me out there who delight in discovering the curios of past decades. Shazam! The Complete Live Action Series debuts on Blu-Ray with a 1080p transfer sourced from the original camera negatives that is very impressive. The transfer maintains the perfect amount of natural film grain, which lends itself to detailed backgrounds and clothing. Skin tones look natural throughout this transfer. The content that takes place in more shadowy locations is accompanied by deep black levels free of any crush. The transfer represents some of these unique locations in a way that is stunning. While not a series absolutely bursting with color, there are some elements in the production design and the lead costume that radiate off the screen quite nicely. The image throughout the disc is almost entirely free from dirt or print damage, as well as pesky digital anomalies such as compression artifacting or banding. Warner Archive did not cut any corners with this transfer as it ranks as a top notch effort. I have not seen the older DVD set, but I can only imagine that this new transfer completely blows those discs out of the water.

This Blu-Ray release comes with a DTS-HD 2.0 Master Audio track that  renders well enough for the story. Admittedly, Warner Archive has set a high bar for their presentations that this does not quite match, but the variances are within the realm of acceptability. The delivery of the dialogue comes through mostly clear outside of a handful of moments that feature a bit of distortion. None of the sound effects or the score ever overpowers the dialogue on this release. There are not a great number of sequences that are going to give the mix a boost, leaving the track pretty reserved overall. Environmental details are present but do not stand out in the speakers. Damage and age related wear to the track is kept to a minimum, but you still get some uneven pitch. There are optional English (SDH) subtitles available on the disc for those who need it. This audio presentation could be a bit more robust and stable, but it is okay given its ambitions. 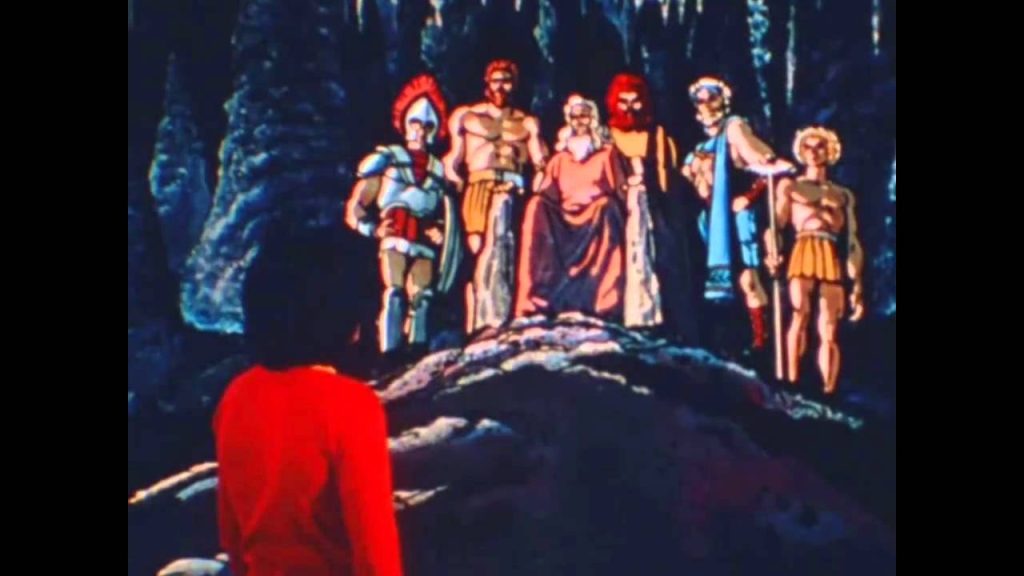 There are no special features provided on this disc.

Shazam! The Complete Live Action Series is not as beloved as many old-school live-action superhero shows, which is reasonable given the format. Audiences want to see the “good guy” taking down a villain instead of instilling life lessons in the youth. Yet, if you give the show a chance, there is a gentle rhythm to the proceedings that tickles that area of the brain which loves cheese. This series will not be for everyone, but if you love the repetitive nature of something like Mission: Impossible but the wholesome stakes of Captain Planet, you might enjoy this. Warner Archive has released a Blu-Ray featuring a strong A/V presentation and nothing in the way of special features. Recommended

Shazam! The Complete Live Action Series can be purchased directly through the Warner Archive Amazon Store or various other online retailers.