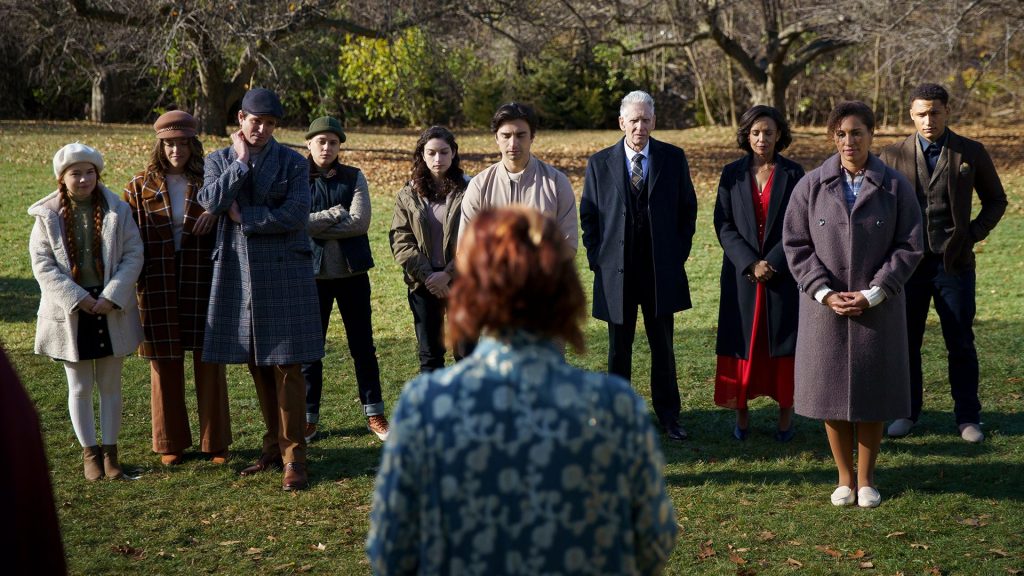 In SLASHER: FLESH & BLOOD, a wealthy, dysfunctional family gathers for a reunion on a secluded island, and soon discover they’ll be pitted against one another in a cruel game of life and death, all while being stalked by a mysterious masked killer. Nothing is what it seems, and no one is safe as the tension – and body count – ratchets up.

For thoughts on Slasher: Flesh & Blood, please check out our discussion on The Video Attic:

Slasher: Flesh & Blood debuts on Blu-Ray with a 1080p presentation in its original aspect ratio that captures the series well. The show itself has a natural color palette that is especially vibrant when it comes to daytime environments, but the scenes at night and in shadows still reveal a fair amount of detail and clarity. There is loss of detail in fast panning shots, but this only happens maybe once or twice an episode. Darkness is used to build tension at various points, and the black levels hold up well without much in the way of crush. There is some light banding in some of the darkest moments, but objects hold up pretty well in the shadows and retain their depth.

There are some signs that the show was filmed with a conservative budget, but those deficits rarely come through in the visual quality. The transfer allows for this story to have some texture which makes it feel more authentic. The buckets of blood really make an impression both on an aesthetic and narrative level. There is no overt damage or digital noise detectable in this transfer. The show is not aiming to dazzle with its cinematography, but this transfer provides a great representation of the series.

The series comes to Blu-Ray with a strong DTS-HD 2.0 Master Audio track. While there are many violent moments that leave an impression, this is a story that relies more on interpersonal communication. The dialogue and sound effects are appropriately balanced with the music where fidelity is maintained. The strongest workout for your setup comes from the environmental sounds that provide a very immersive atmosphere for the story. Your speakers get some decent activity both during the outdoor scenes in the woods and when you are thrust into a horrific kill such as the roar of a wood chipper. The low end of the track is not going to bring down your house, but it offers some excellent texture to the violent moments. This track does everything that is asked of it without fail, and horror fans will have a good time here. There are English SDH and Spanish subtitles provided. 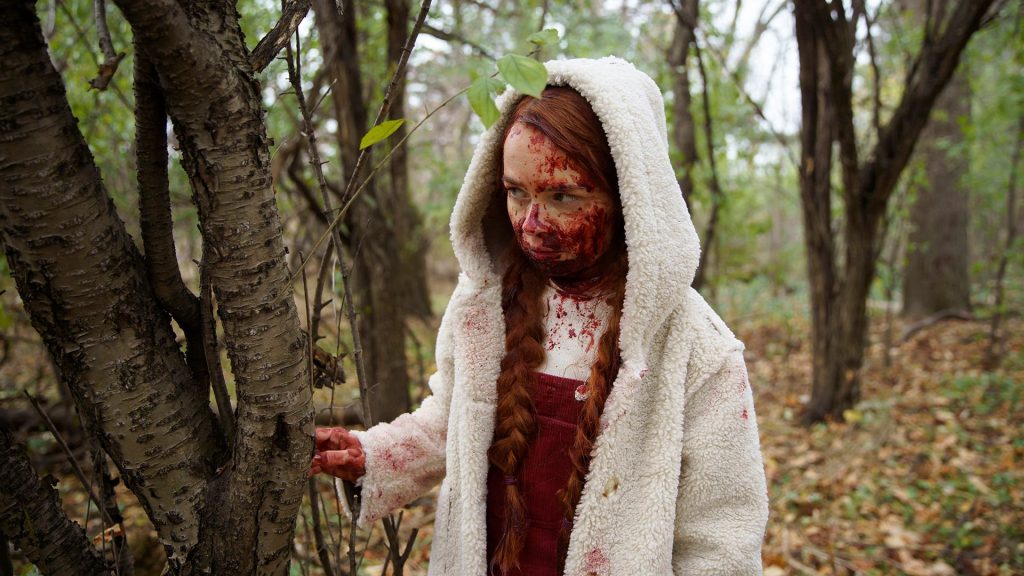 Slasher: Flesh & Blood is a pretty fun entry into the anthology franchise as it moves to its new home at Shudder. The acting is still a bit amateurish, but at least appearances from horror icons like David Cronenberg add something of a novel quality to the proceedings. The real thrills come from the tremendous amount of gore on deck, along with the sense that no one is truly safe when backed into a corner. RLJE Films has released a Blu-Ray featuring a strong A/V presentation and some solid special features that help you appreciate the work put into the series. If you want a mindless, bloody horror series with a decent enough mystery, this should do the trick. Recommended

Slasher: Flesh & Blood is currently available to purchase on Blu-ray, DVD and Digital.